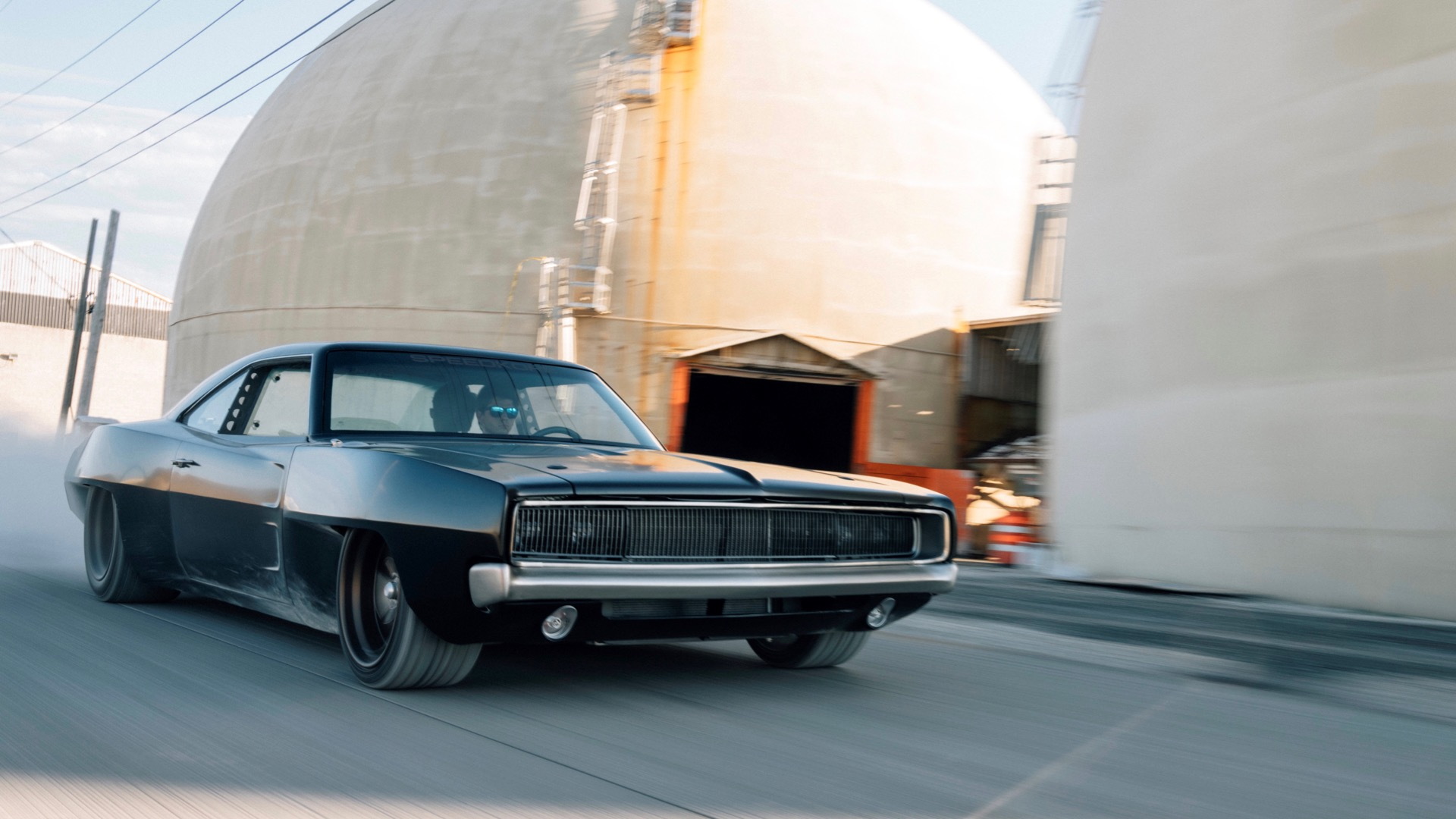 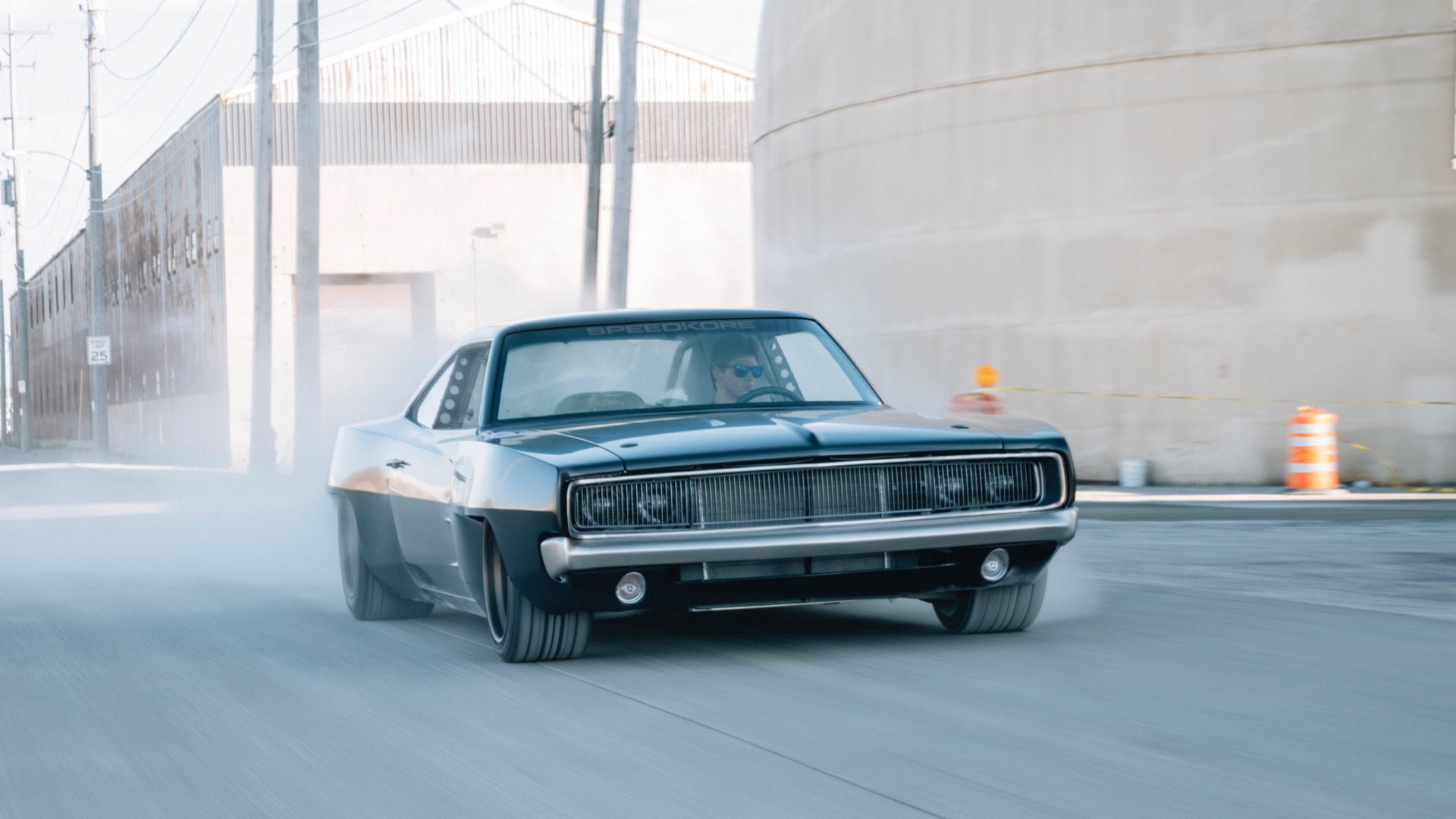 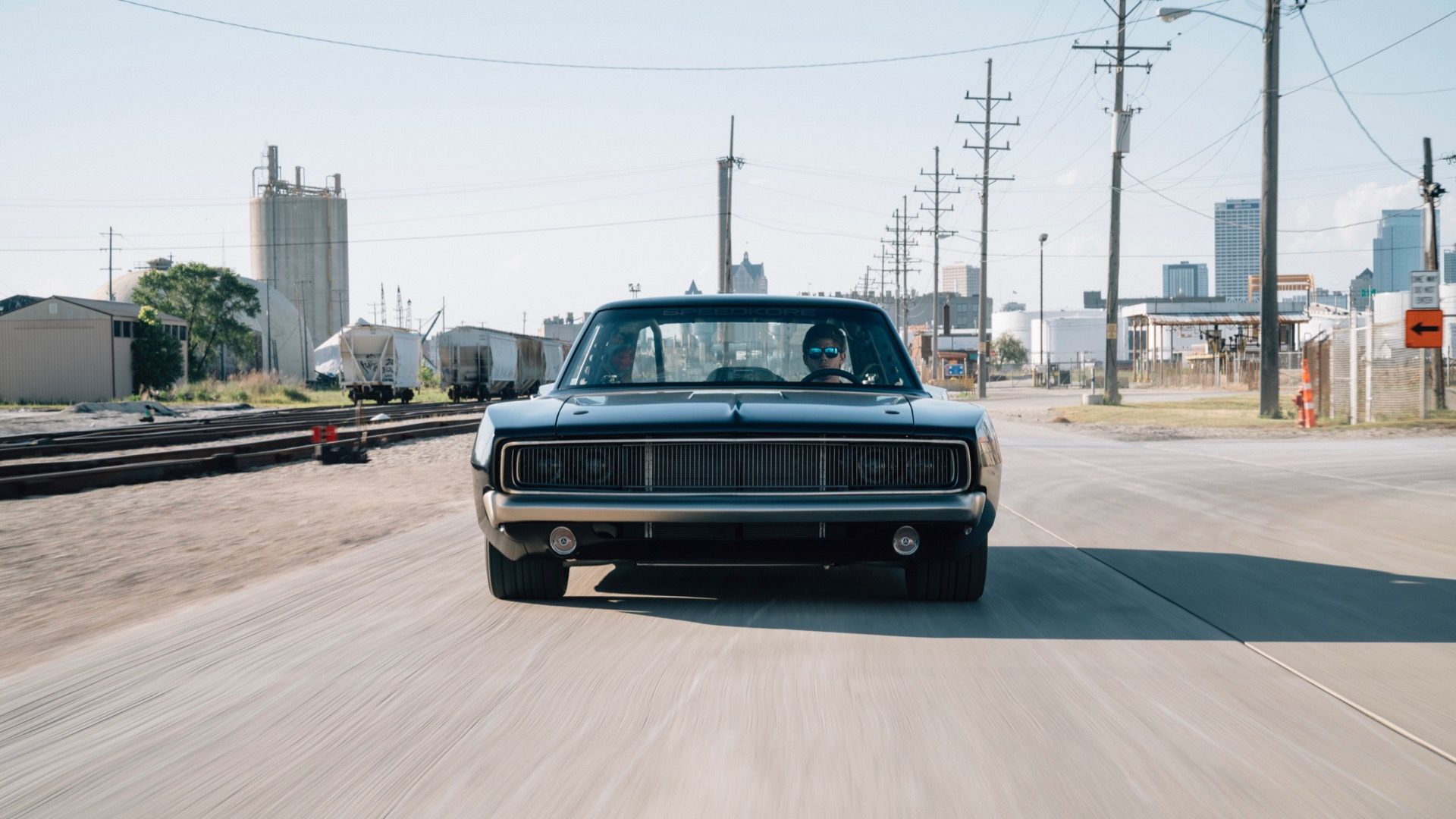 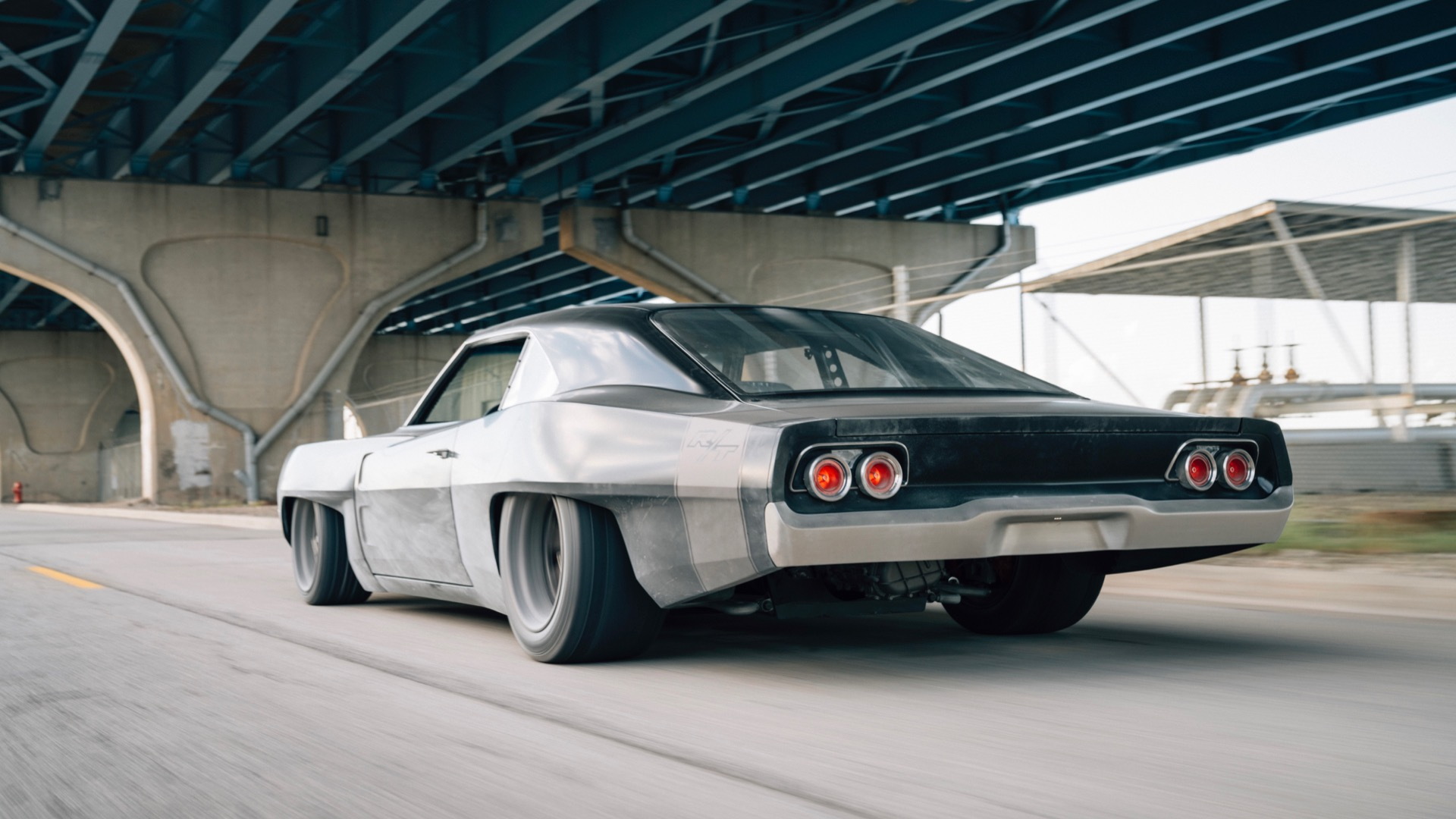 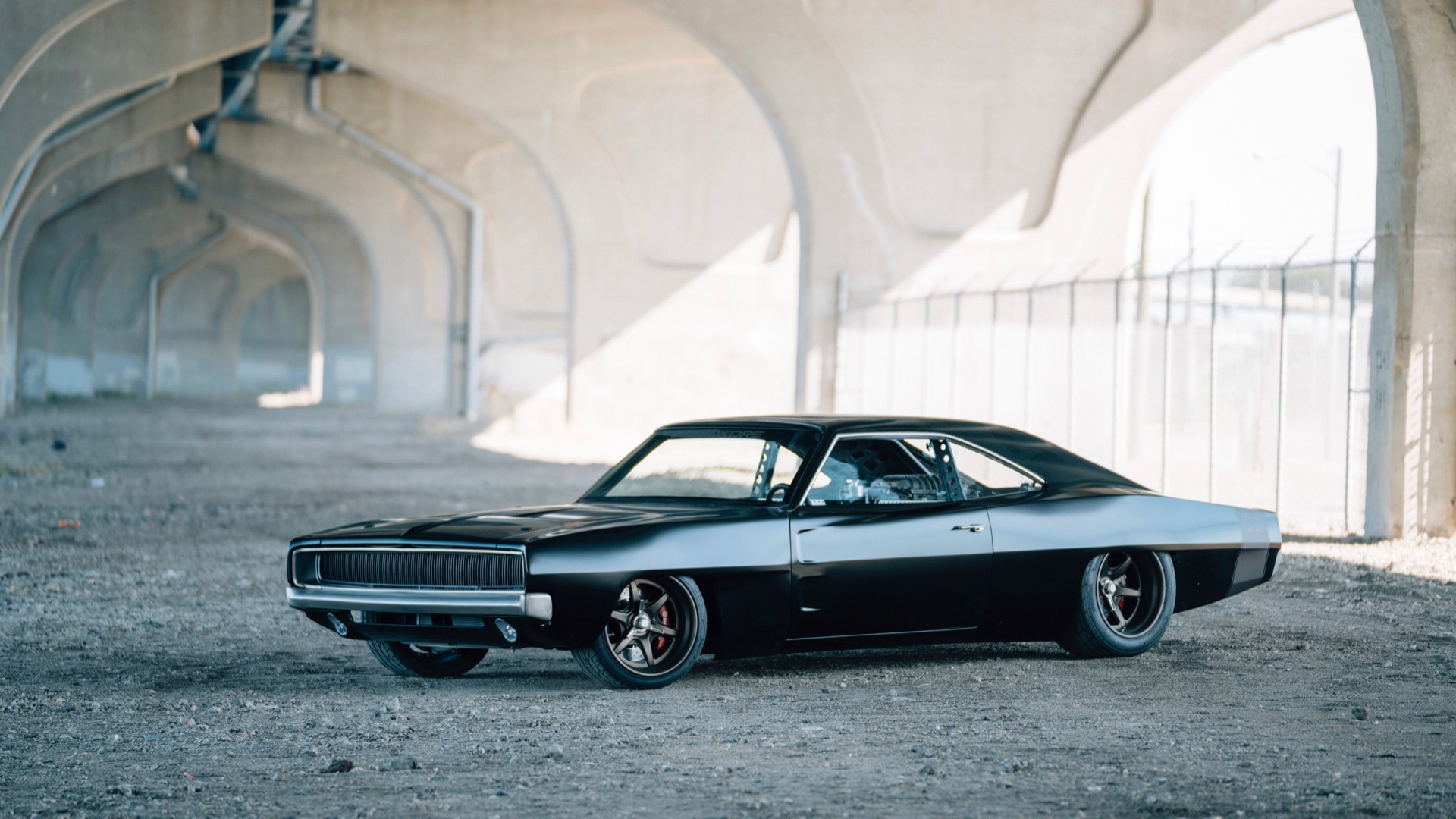 Wisconsin-based SpeedKore Performance Group has unleashed a mid-engine, Hellcat-powered 1969 Dodge Charger. Dubbed "Hellacious," it's the road-going version of a car that will appear in the latest "Fast and Furious" movie, "F9," driven by Vin Diesel's Dominic Toretto.

SpeedKore supplied nine chassis and bodies for filming, but unlike those cars, Hellacious was built for road use, the company said. That's not always the case with movie cars.

The 6.2-liter supercharged Hellcat V-8 is mounted in a custom frame, sending 707 hp and 650 lb-ft of torque to the rear wheels through a Graziano gated-manual transaxle from a Lamborghini Gallardo. 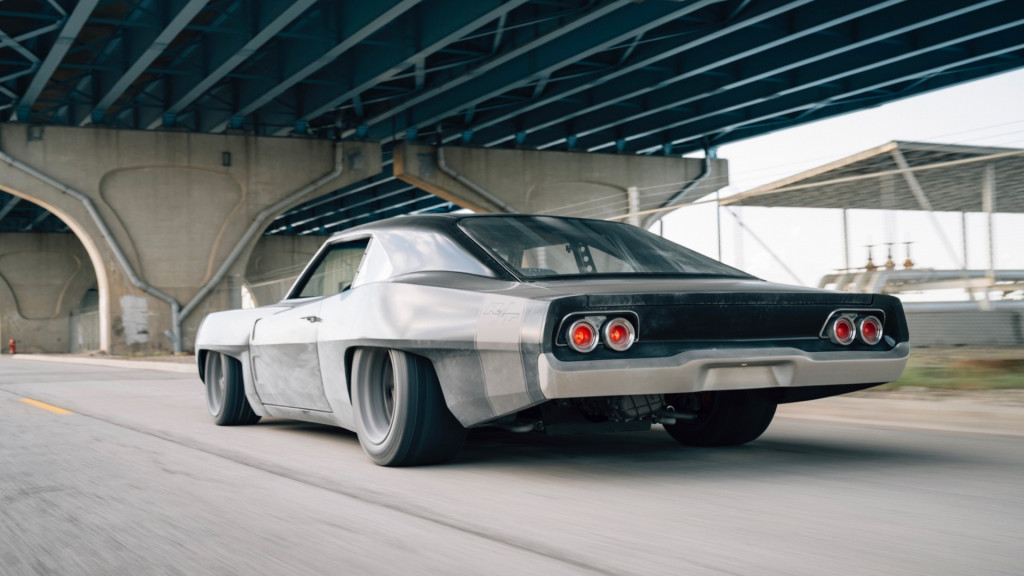 Stopping power is provided by Brembo 6-piston calipers up front and dual Brembo 4-piston calipers at the rear. The car also has a hydraulic handbrake for maximum sideways action.

Like SpeedKore's previous Charger builds, Hellacious sports a carbon-fiber body. This time though, SpeedKore gave the car a wide-body look, while keeping the original hideaway headlights. The interior is Spartan, with racing buckets and harnesses, a roll hoop, and a simple aluminum dashboard.

This isn't the first SpeedKore Charger to appear in a "Fast and Furious" movie. The company's 1970 Charger "Tantrum" appeared in "Furious 7," and returns alongside Hellacious for "F9," which is now in theaters.