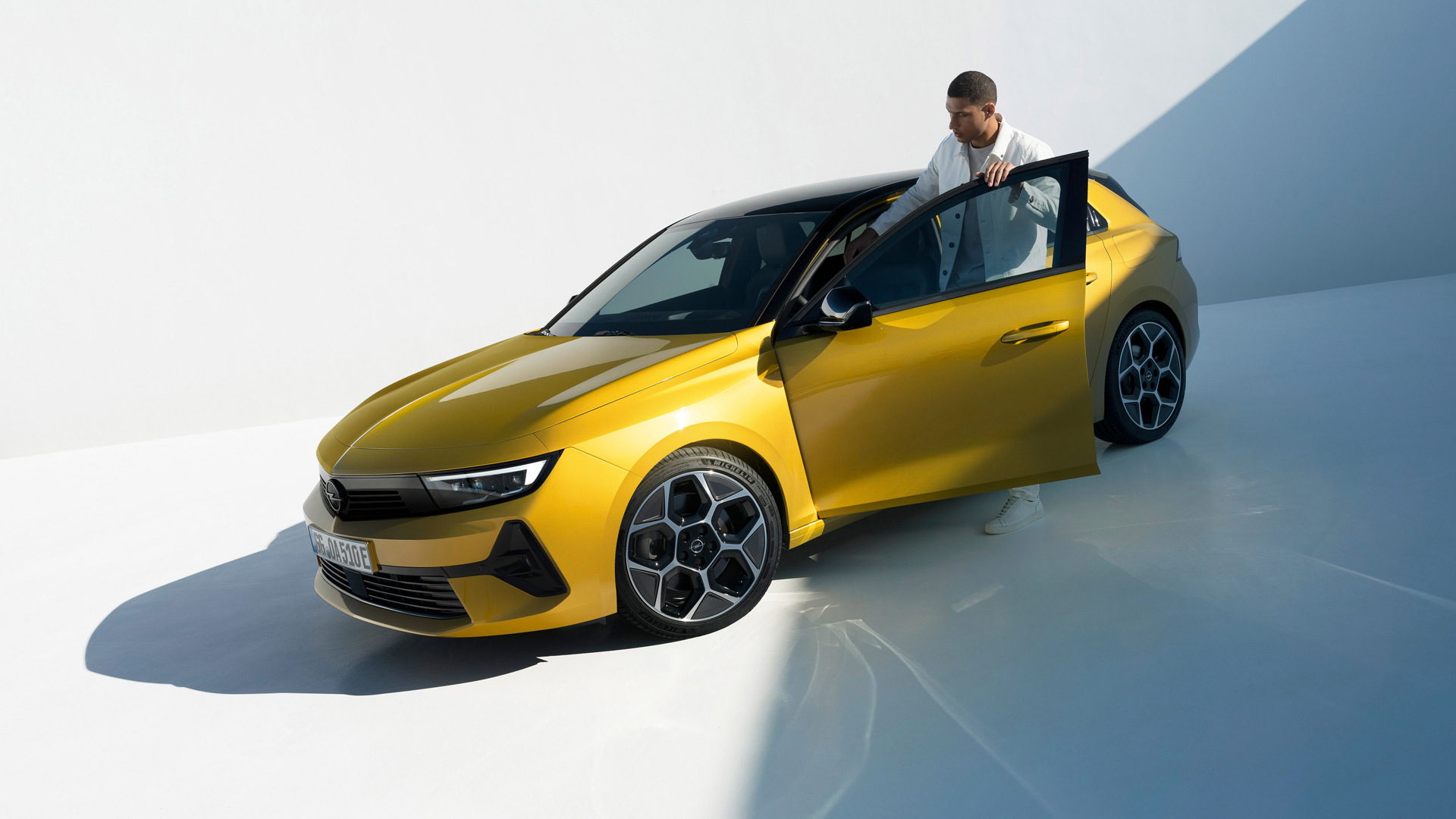 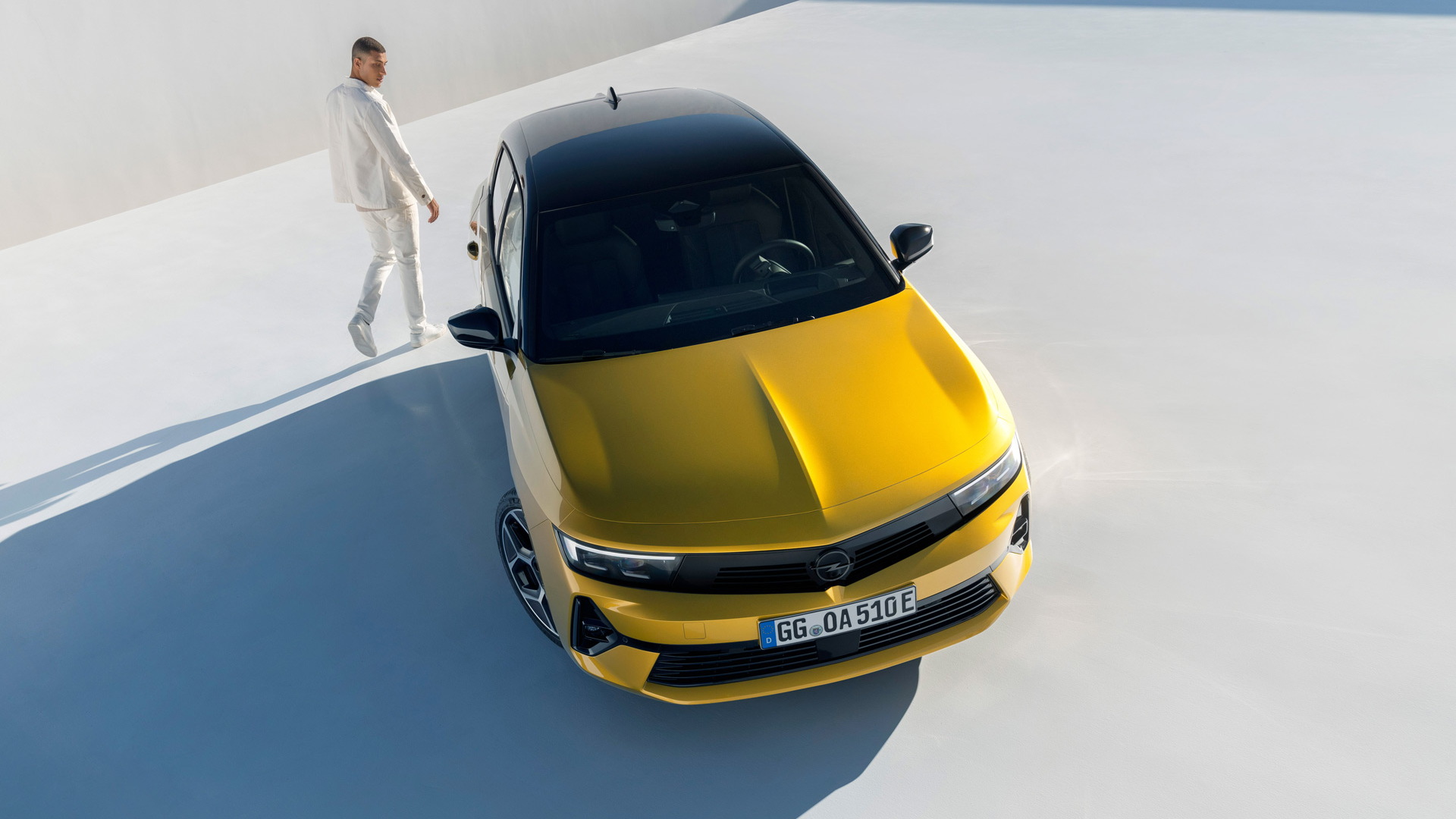 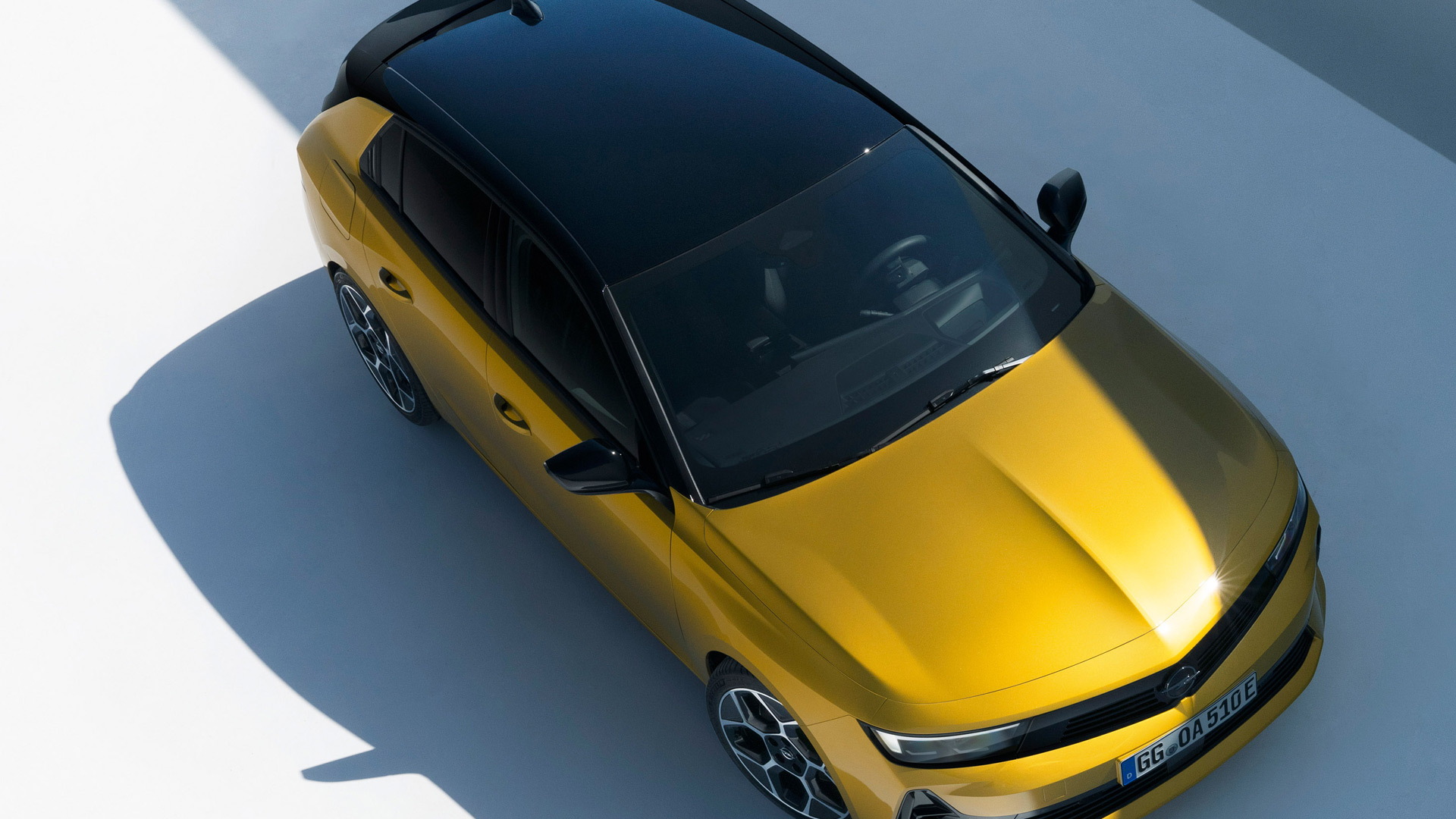 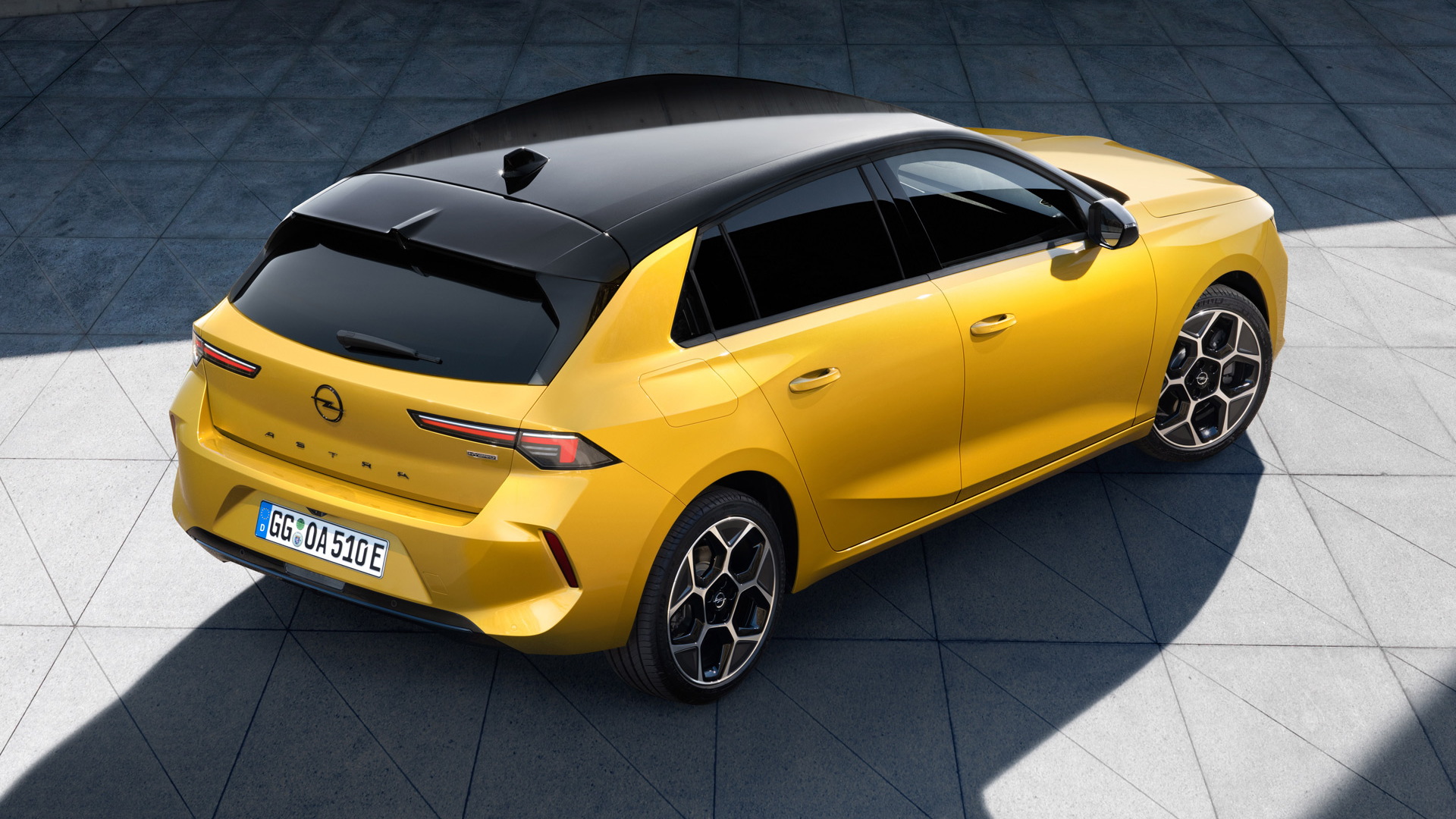 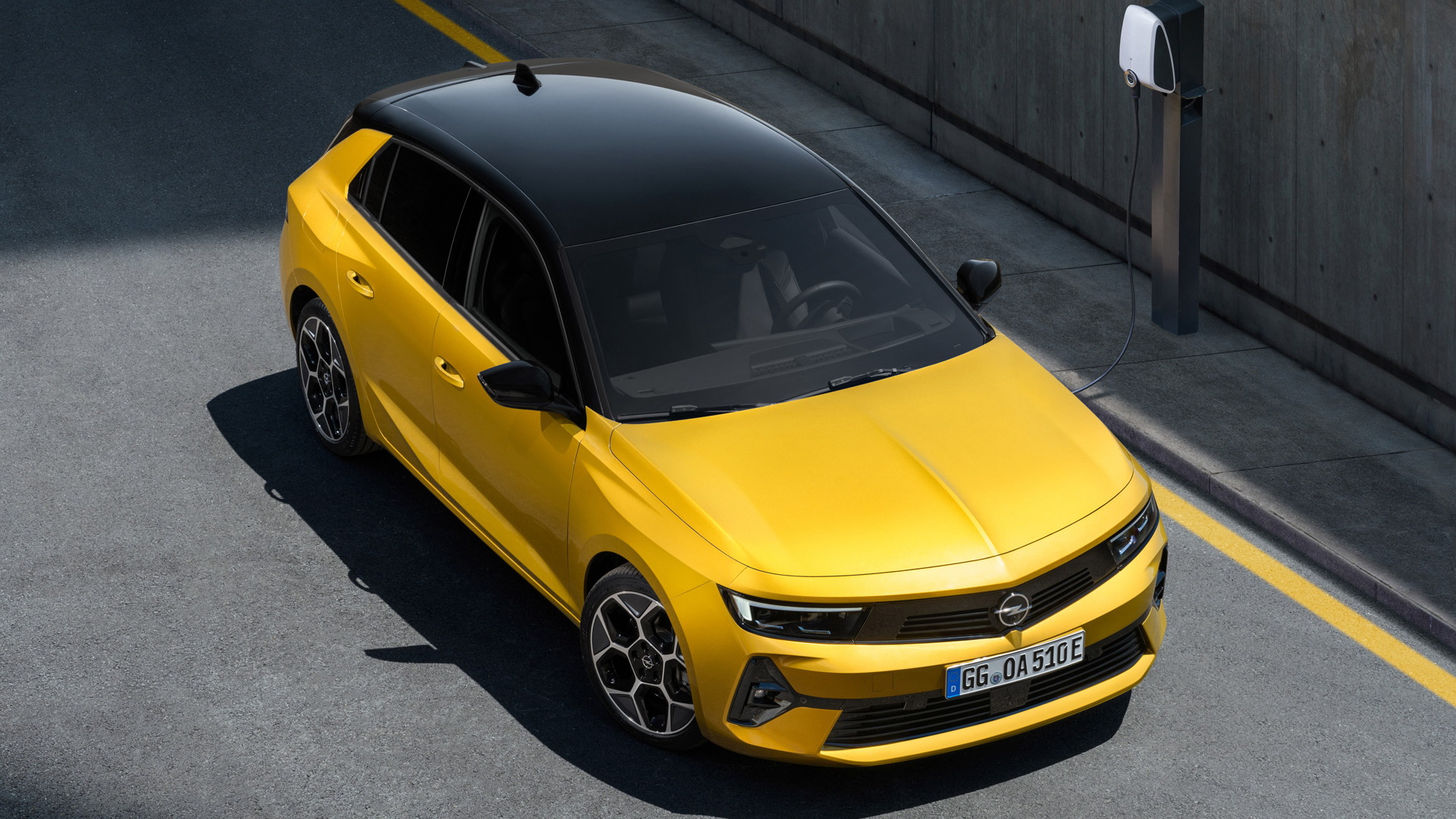 The next model introduction in the revival of Opel following decades of stagnation under the management of General Motors is a new Astra compact hatchback, a previous generation of which was briefly sold in the United States as a Saturn.

The new Astra was revealed on Tuesday and starts sales this fall in markets where the German brand operates. The popular Golf rival has taken on a sharp new design similar to what Opel introduced a year ago on its new Mokka subcompact crossover, and for the first time features an electrified option, in this case a plug-in hybrid setup.

Opel is currently controlled by Stellantis, after PSA Group, which merged with Fiat Chrysler Automobiles earlier this year to form Stellantis, snapped up the German brand from GM in 2017. Since then we've seen the aforementioned Mokka as well as a new generation of the Corsa subcompact hatchback launched. Sadly, there are no plans to bring any Opels to the U.S.

The new Astra is based on Stellantis' EMP2 platform designed for front-wheel-drive compact and mid-size cars, and has been developed alongside the latest versions of the DS 4 and Peugeot 308 hatchbacks launched earlier in the year. Opel will offer the new Astra in hatch and wagon body styles, and will include high-tech goodies like a digital instrument cluster, wide infotainment screen and matrix LED headlights.

Other tech goodies include a head-up display, surround-view camera, and adaptive cruise control with stop-and-go mode for traffic.

Powertrain options include a series of inline-4 engines, including two in plug-in hybrid configurations. Outputs range from 108-221 hp, and buyers will be able to choose between 6-speed manual and 8-speed automatic transmissions, depending on the model.

There isn't likely to be a battery-electric option as this is not supported by the EMP2 platform. Stellantis will eventually replace the EMP2 platform with the recently announced STLA Medium electric-vehicle platform which supports a range up to 440 miles. This will enable Opel to make its planned transition to a fully electric brand in its main market of Europe by 2028.

Production of the new Astra will be handled at Stellantis' plant in Rüsselsheim, Germany. The plant also builds the Opel Insignia, which was previously sold here as the Buick Regal.