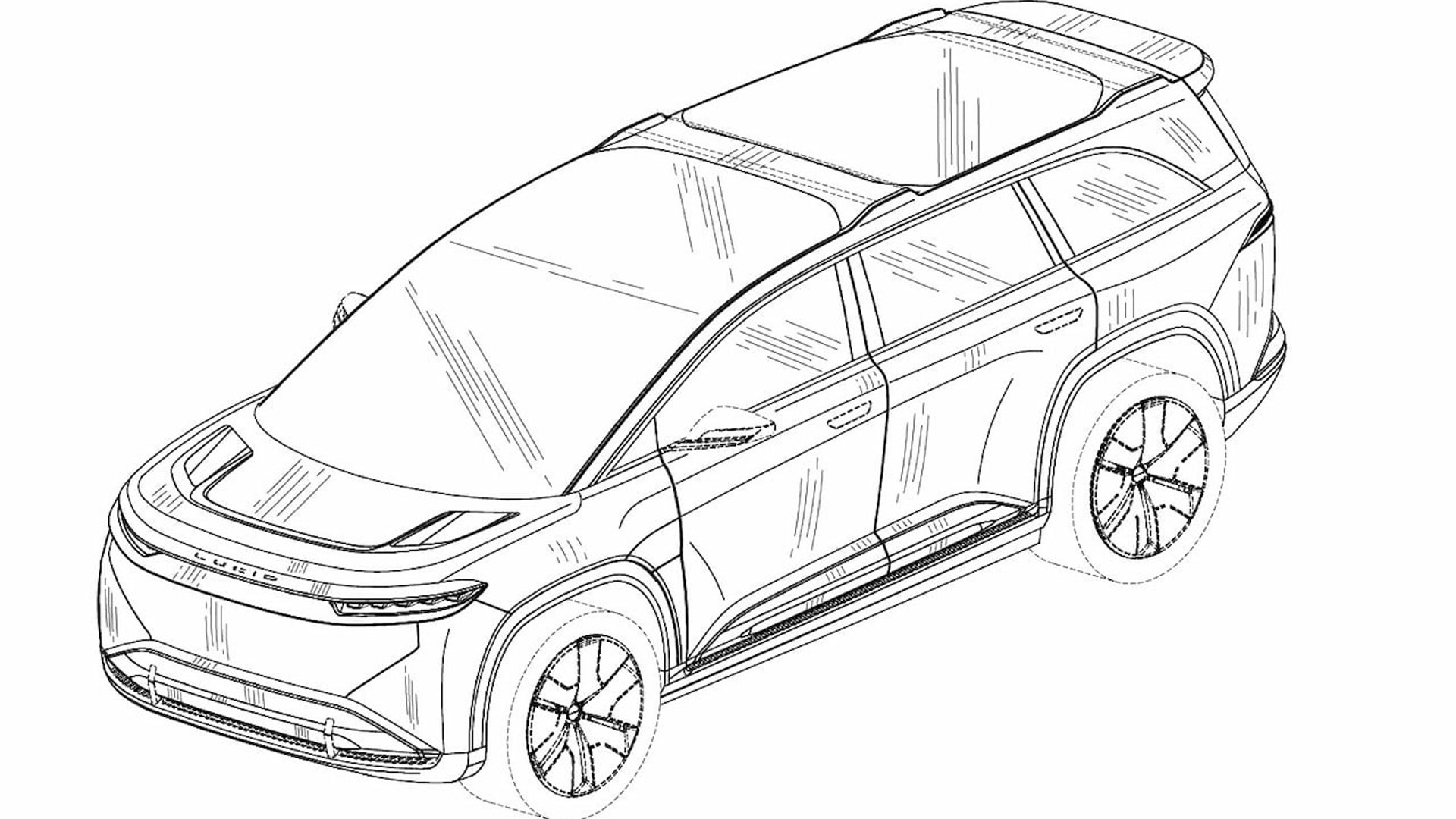 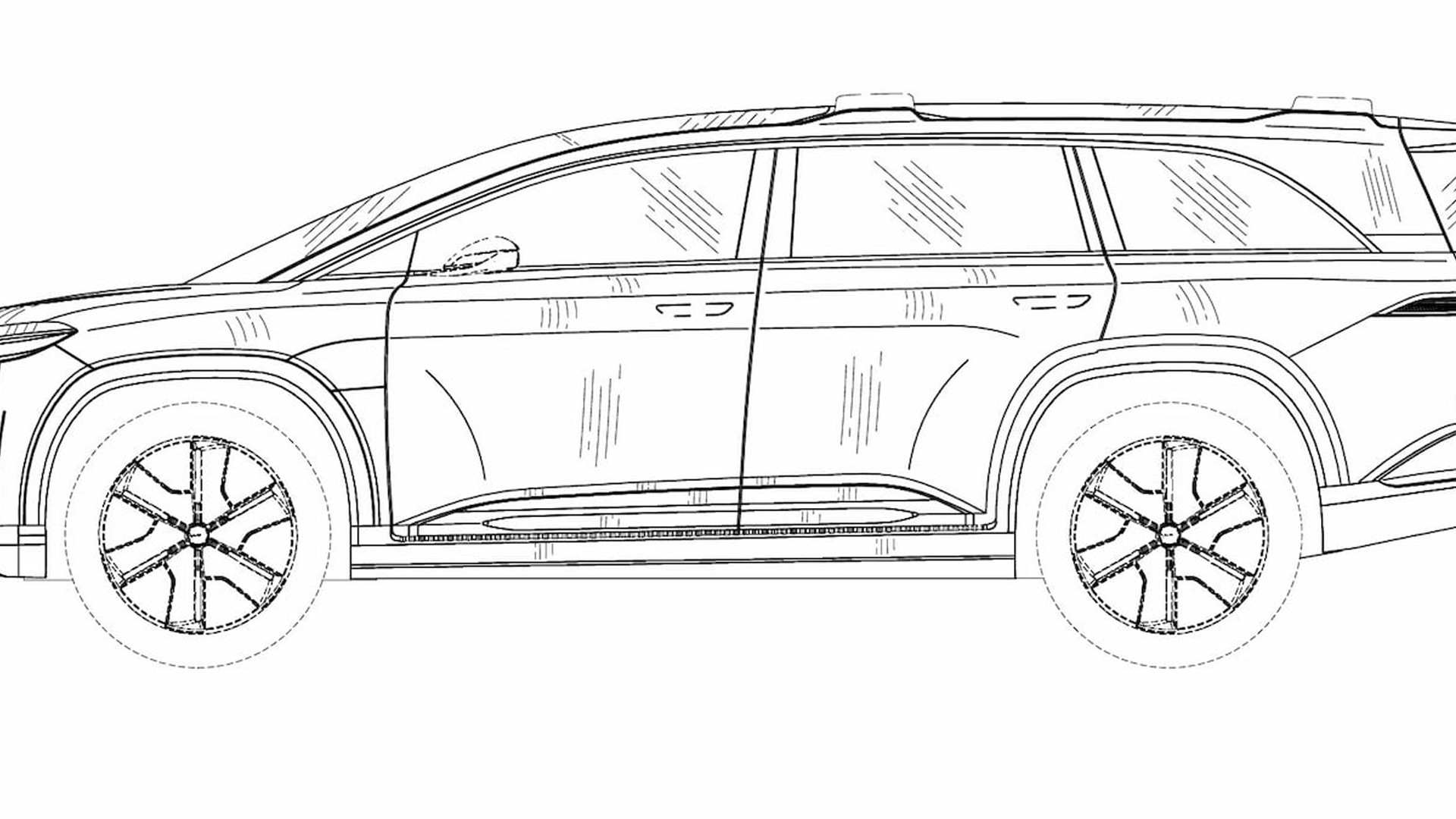 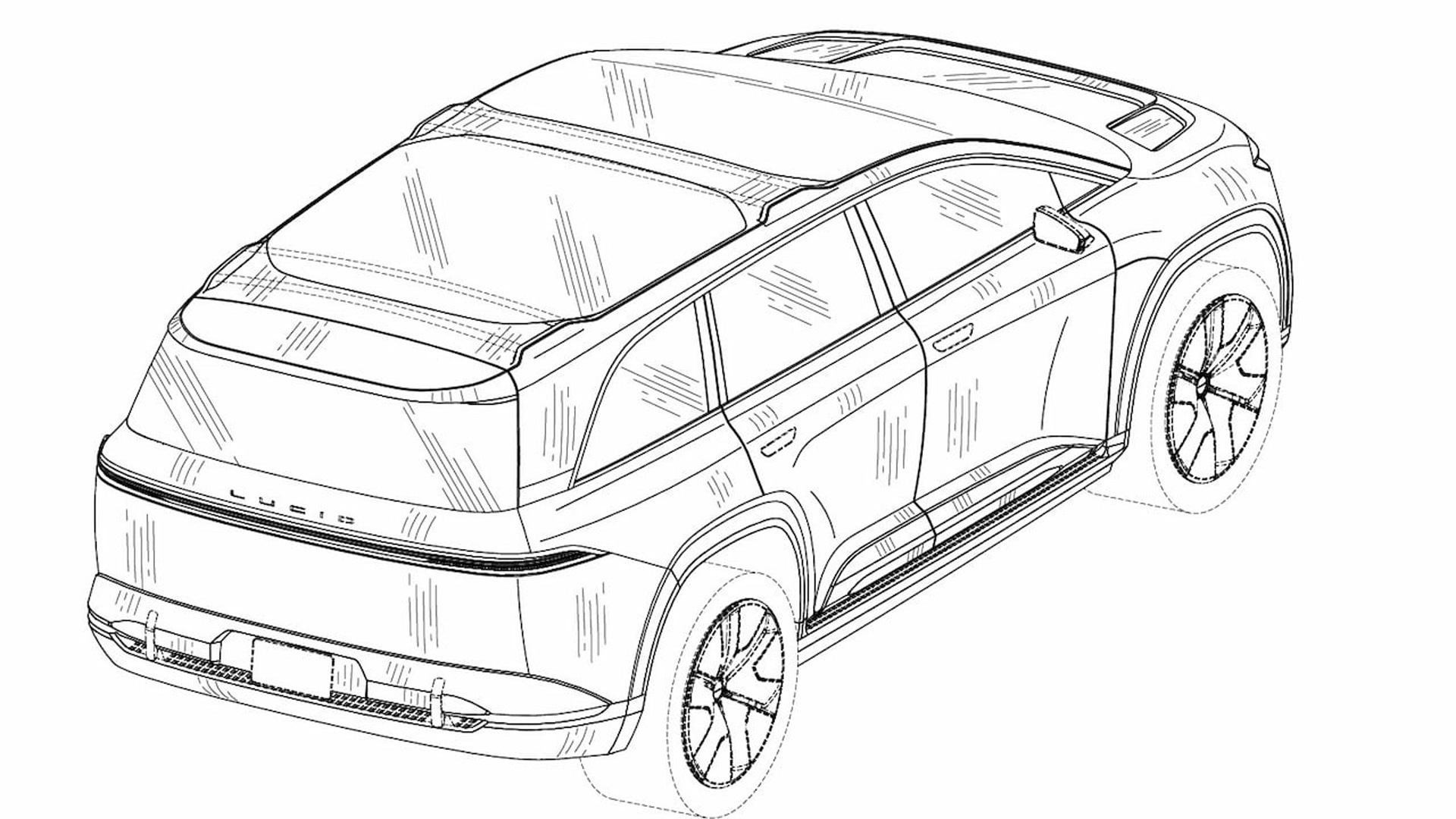 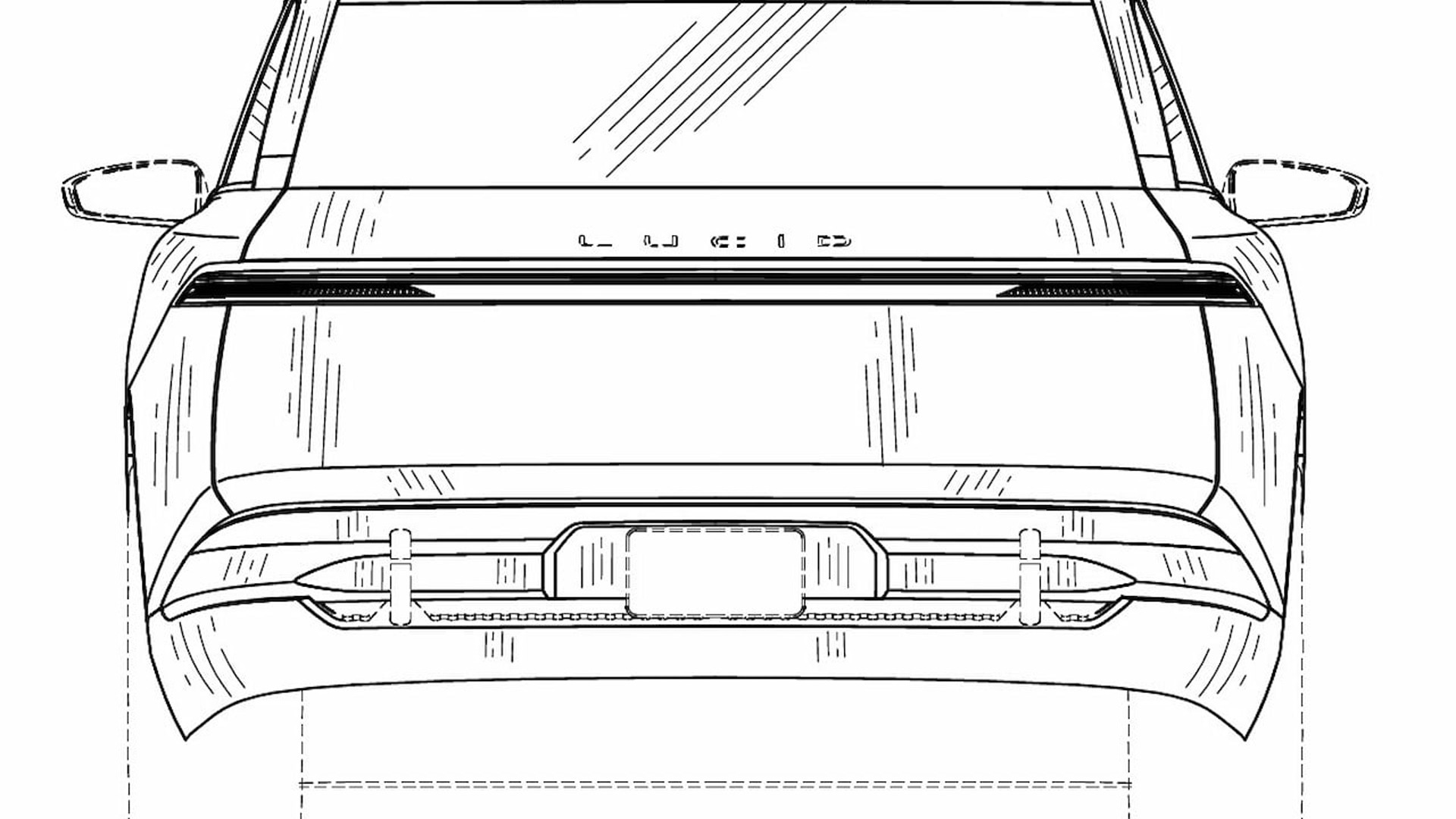 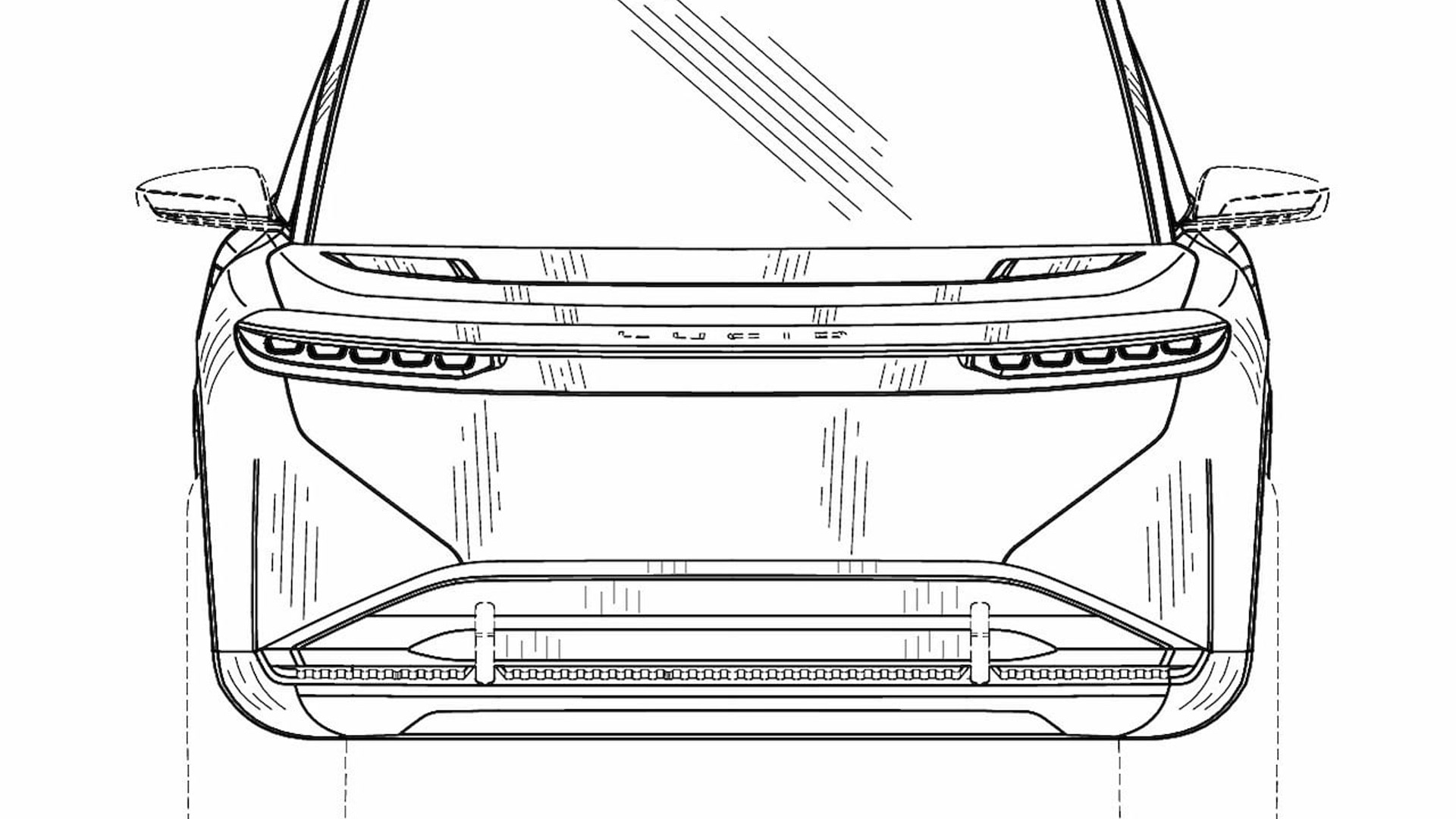 The second model from electric-vehicle startup Lucid looks to have been revealed by way of patent drawings sourced from the European Union Intellectual Property Office.

First spotted by a member of the Lucid Forum, the patent drawings likely point to the intended design for the Gravity SUV that Lucid first announced last September.

Lucid has already teased the design of the Gravity with its Project Gravity concept shown last year in a video. The design in the patent drawings is almost identical, though the front overhang looks to be longer. The closeness of the two designs shouldn't come as a surprise as the production Air ended up almost identical to its own concept version shown in 2017.

And we can expect some wild numbers for the Gravity. Recall, the top version of the Air, the Dream Edition, will cover 517 miles on a charge, recover up to 300 miles with just a 20-minute fast charge, and run the quarter-mile in a time of 9.9 seconds. While the SUV's numbers will likely be less impressive due to the lower efficiency of an SUV body style, they're still likely to be at the top end of what an EV can currently deliver.

It's too early to talk pricing but Lucid has hinted that as it launches more models and builds economies of scale, it will be able to lower its prices. The Air launches in range-topping Dream Edition guise which is priced from $169,000. A Grand Touring model will follow in the summer priced from $139,000. A base Touring model is planned with a starting price of just under $80,000, though it isn't due until 2022.

Gravity production should take place at the same plant in Casa Grande, Arizona, where pre-production versions of the Air are already being built. There's also talk of Lucid possibly opening a plant in Saudi Arabia. The Saudi government is the biggest investor in Lucid, having purchased a controlling stake in the company in 2019 for $1 billion.

Lucid won't stop at a sedan and SUV. Speaking during the production Air's reveal last year, Lucid CEO Peter Rawlinson said the company plans to explore a “whole range of product possibilities” based on the Air's platform, a modular design referred to as LEAP (Lucid Electric Advanced Platform). Lucid designed the platform and many of its components in-house.

Before you write Lucid off as just another EV startup with big dreams, note that the company in February announced plans to go public via a SPAC deal. The deal will see Lucid receive approximately $4.4 billion in cash and value the company at approximately $24 billion. That's plenty to fund future vehicles. However, finding enough buyers is another thing.