The Corvette Action Center website reported last week that a $1,000 price increase for all 2021 Corvette trim levels would take effect March 1. A Chevy spokesperson subsequently confirmed that to Motor1, noting that "we monitor and adjust pricing on all our products regularly." As of this writing, the $59,995 price is still in effect, but that should change shortly.

While the Corvette is no longer a sub-$60,000 car, the price increase doesn't make much practical difference. The previous base price was $59,995, including a $1,095 destination charge, putting it just $5 below the $60,000 mark. That only applied to the base 1LT coupe with no options. The 1LT is fairly well equipped, but it's unlikely that many cars left the factory without some added equipment, and higher trim levels also accounted for a larger share of 2020 model year sales. 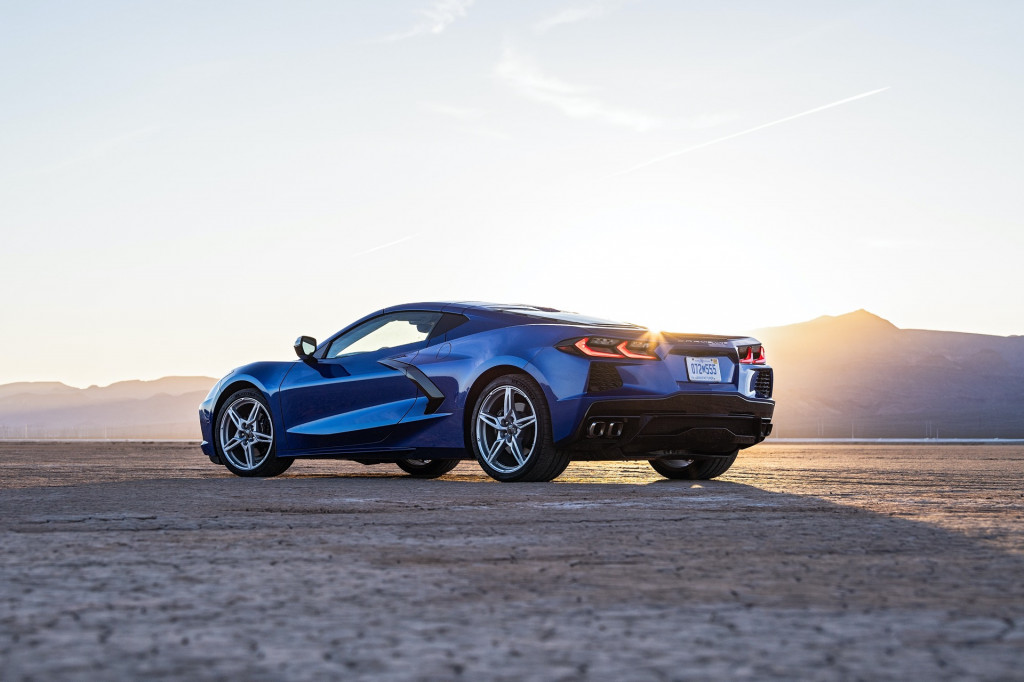 It was also never possible to get a sub-$60,000 C8 Corvette convertible. Even before the price increase, the drop-top started at $67,495.

Aside from the price increase, the C8 Corvette only gets a few minor changes for its sophomore year, including new exterior colors and options for full-length racing stripes. Wireless Apple CarPlay and Android Auto are now standard, along with a Buckle to Drive that prevents the driver from shifting out of park for up to 20 seconds if their seat belt is not buckled. Magnetic Selective Ride Control adaptive suspension is also a standalone option (it was previously bundled with the Z51 package).

As with other recent Corvette generations, expect Chevy to add more variants to the lineup beyond the standard Stingray model, including new versions of the Z06 and ZR1 performance models. A January Bloomberg report said Chevy is also considering a Corvette-branded electric SUV as a rival to the Ford Mustang Mach-E, but nothing has been confirmed yet.