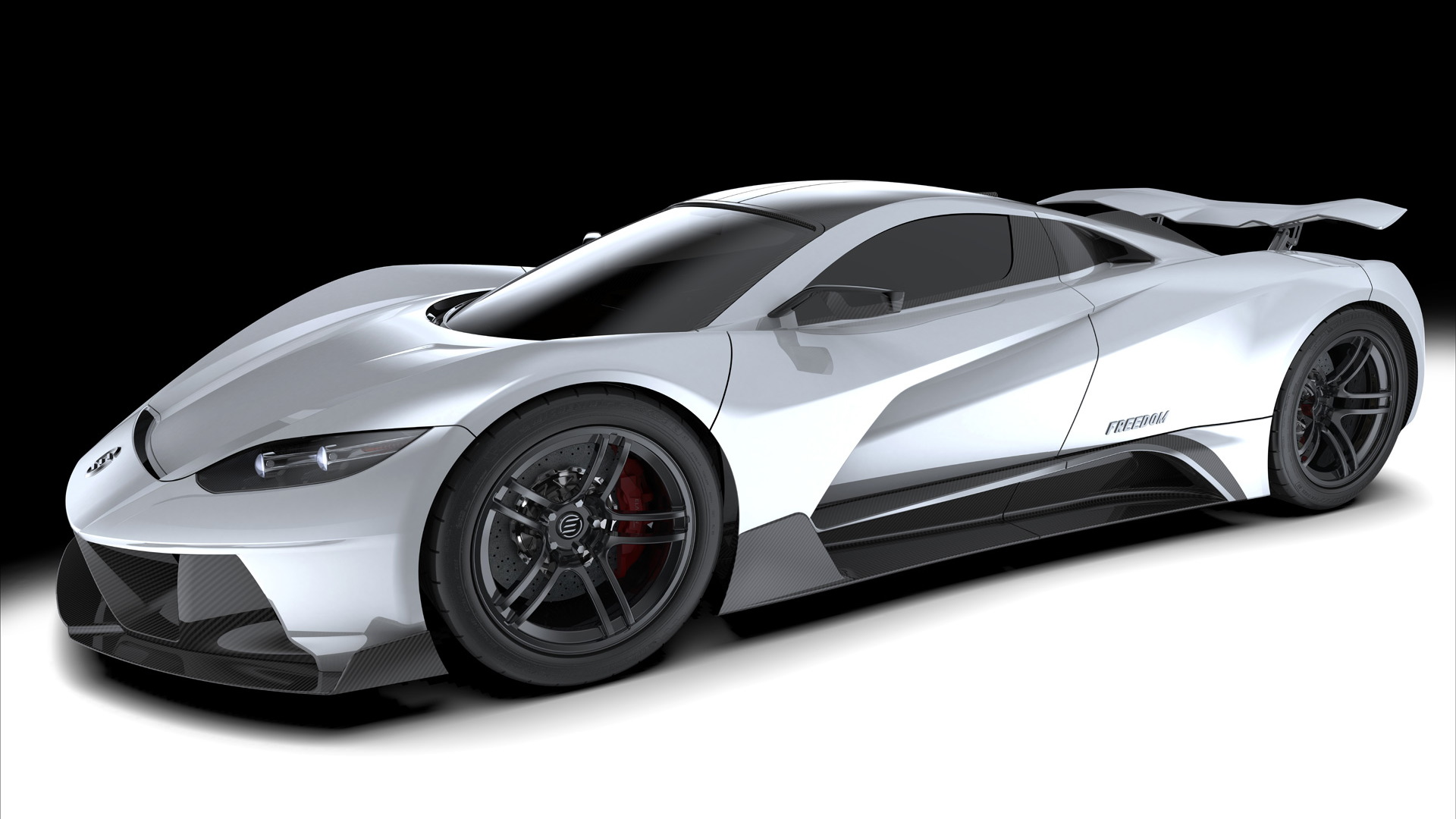 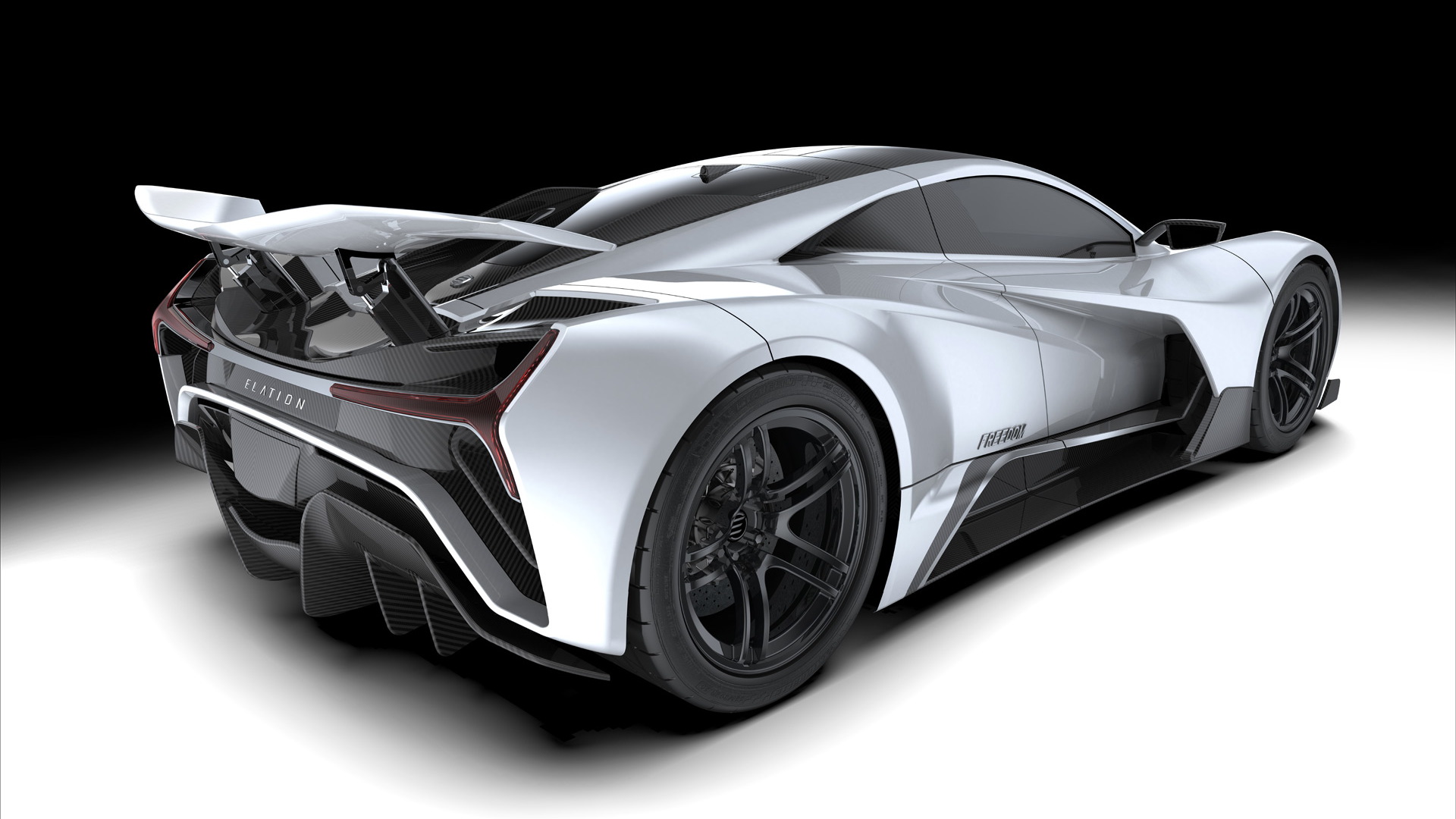 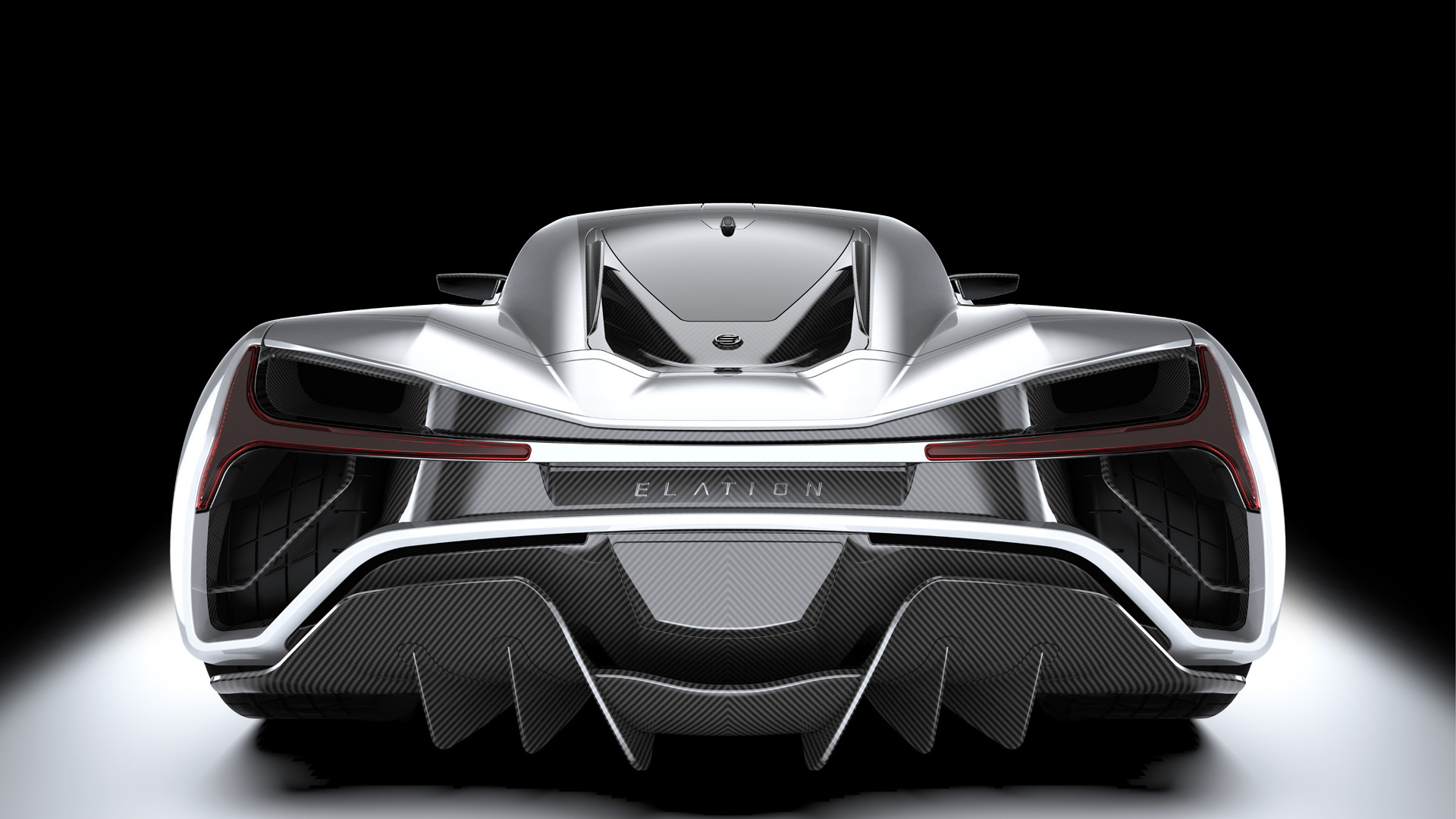 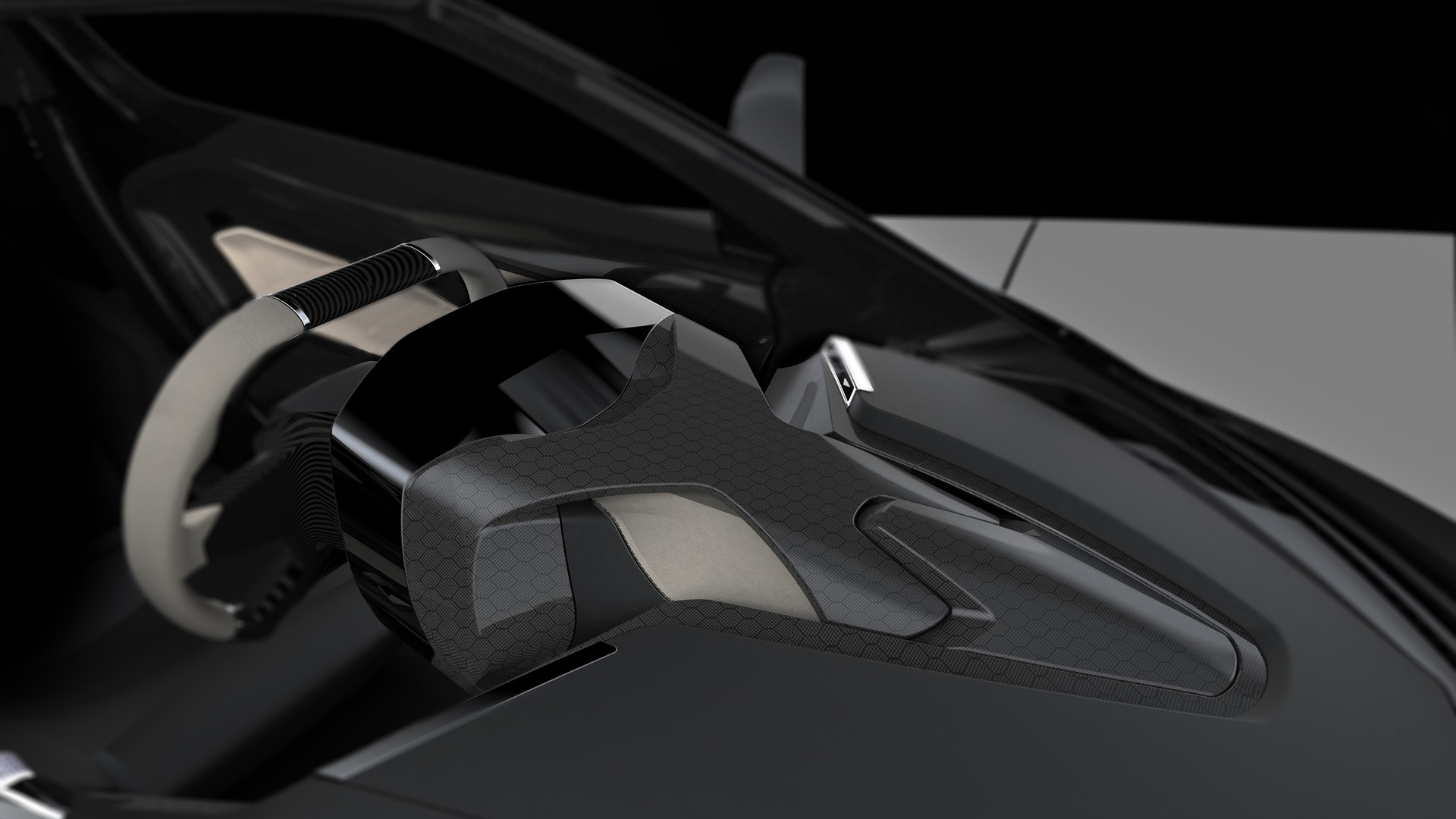 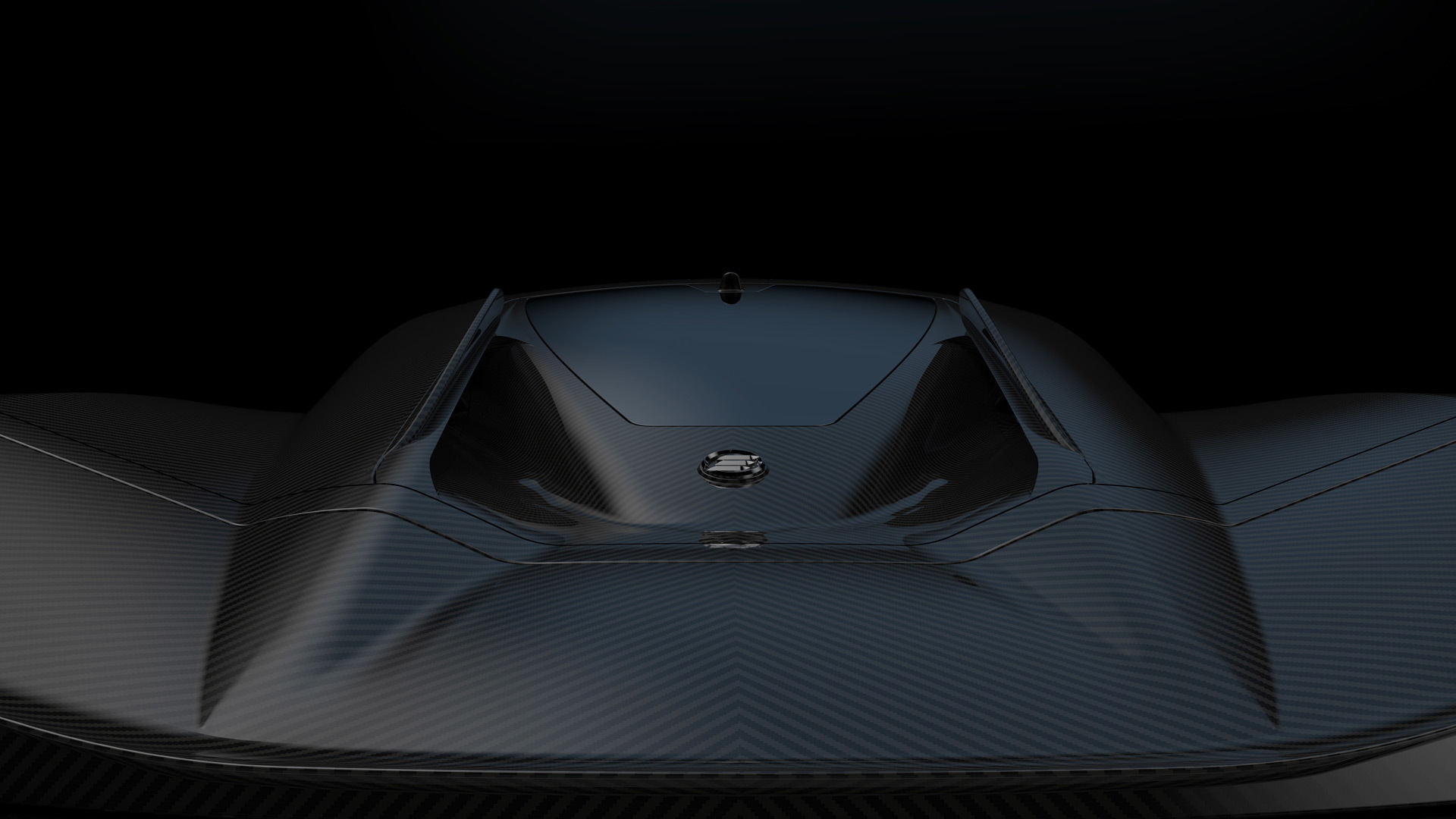 A Silicon Valley company by the name of Elation last fall announced plans for a gullwing hypercar offering customers the choice of a V-10 or battery-electric powertrain.

The new hypercar is called the Freedom, and Elation is now focused on just the electric powertrain, more details of which have been revealed.

The Freedom's electric powertrain has been developed in partnership with Cascadia Motion, a subsidiary of major automotive supplier BorgWarner. Cascadia specializes in electric propulsion and has previously supplied products to teams competing in Formula One, Formula E and the World Endurance Championship.

Elation will actually offer customers the choice of two versions of the powertrain. The base setup will feature three electric motors generating a combined 1,427 hp and 1,062 lb-ft of torque. Buyers seeking more oomph will be able to opt for a four-motor setup packing as much as 1,903 hp, rivaling electric hypercars like the Lotus Evija, Pininfarina Battista and Rimac C_Two.

Claimed top performance for the electric Freedom is a 0-62 mph time of 1.8 seconds and a top speed limited to 260 mph. Like the Porsche Taycan, the Freedom will use a 2-speed transmission at the rear axle to help it achieve strong acceleration as well as a high top speed. A single-speed transmission will feature at the front axle. Elation hasn't said how its motors will be configured but with either setup there is likely to be two motors mounted at the rear axle.

Powering the electric motors will be a T-shaped battery forming part of the vehicle structure. There will be 100- and 120-kilowatt-hour options, with the latter targeted to deliver 400 miles of range with moderate driving. According to Elation, the Freedom will be able to drive with only one motor at lower speeds or when cruising on the highway to conserve energy.

When it comes time for charging, there will be two options. The faster of these will be able to deliver an 80% charge in about 12 minutes and a full charge in about 20 minutes, according to Elation.

All of the hardware will sit in a lightweight carbon-fiber monocoque structure, and the car will also have F1-style push-rod suspension and a low coefficient of drag of 0.28 Cd.

Elation has previously said it plans to show the Freedom in production guise at the 2022 Geneva International Motor Show. Should there be sufficient demand, the company will start production shortly after the Geneva debut and build no more than 25 examples per year. Production will take place at an undisclosed location in the United States, and the price for one will start at $2 million.