Tesla told regulators that the recalled touchscreens in nearly 135,000 Model S and Model X electric cars were only expected to last five to six years—much less than the average lifespan of cars on United States roads today.

Following a formal recall request from the National Highway Traffic Safety Administration (NHTSA), the automaker issued a recall this week of 134,951 cars, including the 2012-2018 Tesla Model S and 2016-2018 Tesla Model X over the potential for touchscreen failure.

Both vehicles use a 17-inch touchscreen (also known as the media control unit) not only for infotainment functions, but also for what the NHTSA considers safety-critical features, such as the window defroster/defogger and turn-signal chimes. The NHTSA also noted that screen failure could affect the Autopilot driver-assist system. It may also affect the federally-mandated rearview-camera display.

The government agency identified the source of the problem as the touchscreen's NVIDIA Tegra 3 processor and its integrated 8GB eMMC flash memory chip. When the chip reaches "lifetime wear," it can no longer maintain file-system integrity, causing failure of touchscreen functions, according to the NHTSA recall notice. 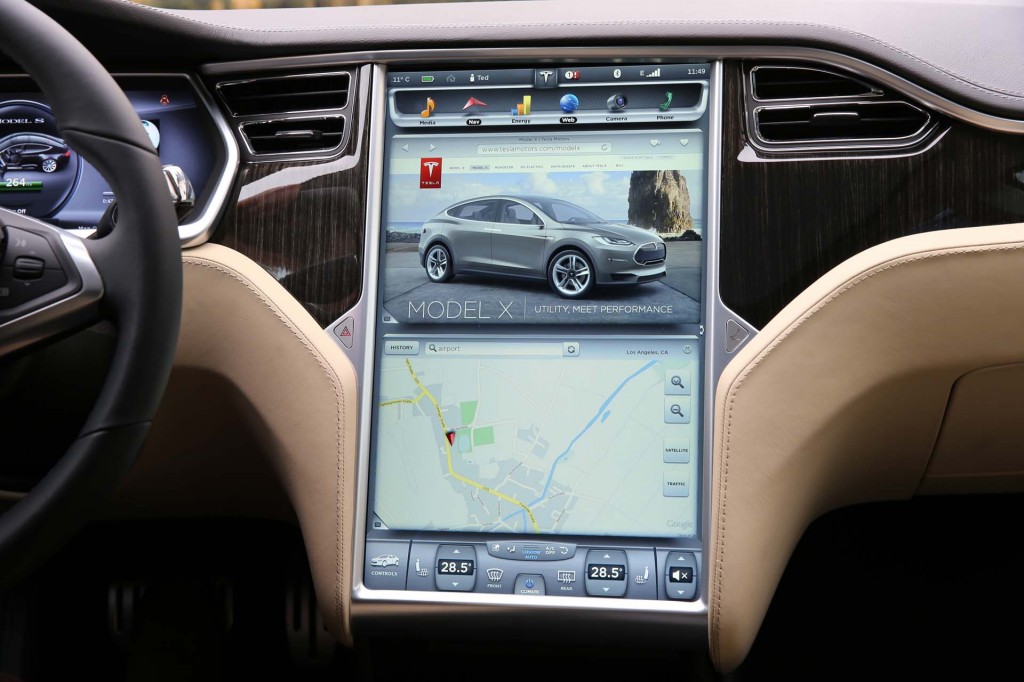 In a letter to the NHTSA, Tesla vice president of legal Al Prescott said that "given a reasonable average daily use of 1.4 cycles, the expected life would be five to six years." He added that "NHTSA has not presented any evidence to suggest that that the expected life is outside industry norms of that the eMMC flash memory device itself does not comport with that average lifetime estimate."

Yet that implies Tesla doesn't expect its touchscreens to last the lifetime of the cars they're installed in. A 2020 IHS Markit study estimated the average age of a car on U.S. roads to be 11.9 years, and the current recall includes some cars from the 2012 model year, meaning they're almost 10 years old.

Tesla's touchscreen-centric approach is something many other automakers are looking to copy, and that Tesla itself is doubling down on.

The revamped Model S and Model X still have big central touchscreens (now in a landscape orientation, rather than the previous portrait-oriented screen), but Tesla went even further by eliminating the turn-signal and gear-selector stalks. Tesla CEO Elon Musk said the car will simply "guess" which way the driver wants to go based on sensor data and navigation maps. Tesla is expected to include backup controls as well, leaving drivers to use the touchscreen for selecting drive, and steering-wheel controls for turn signals.