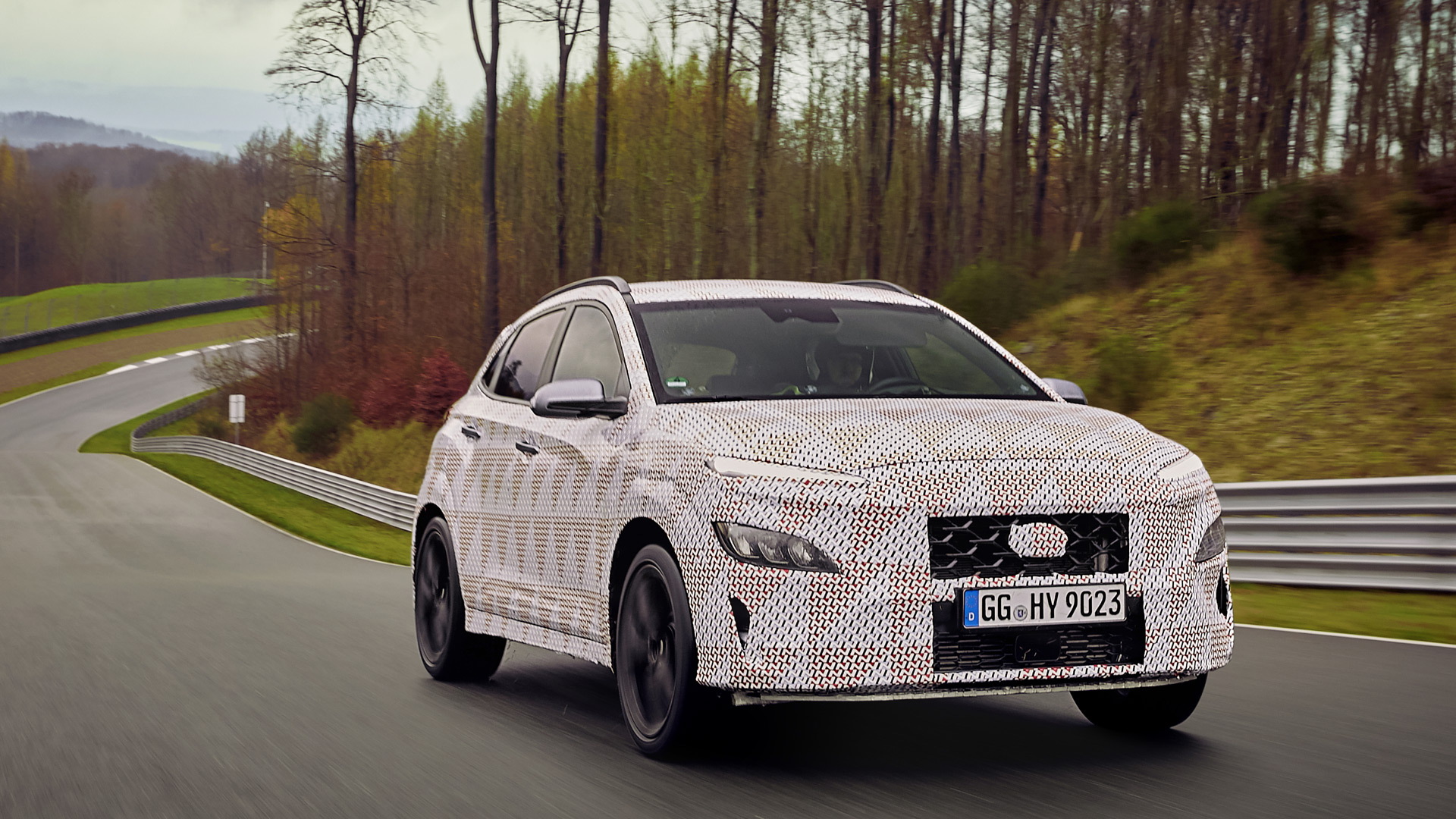 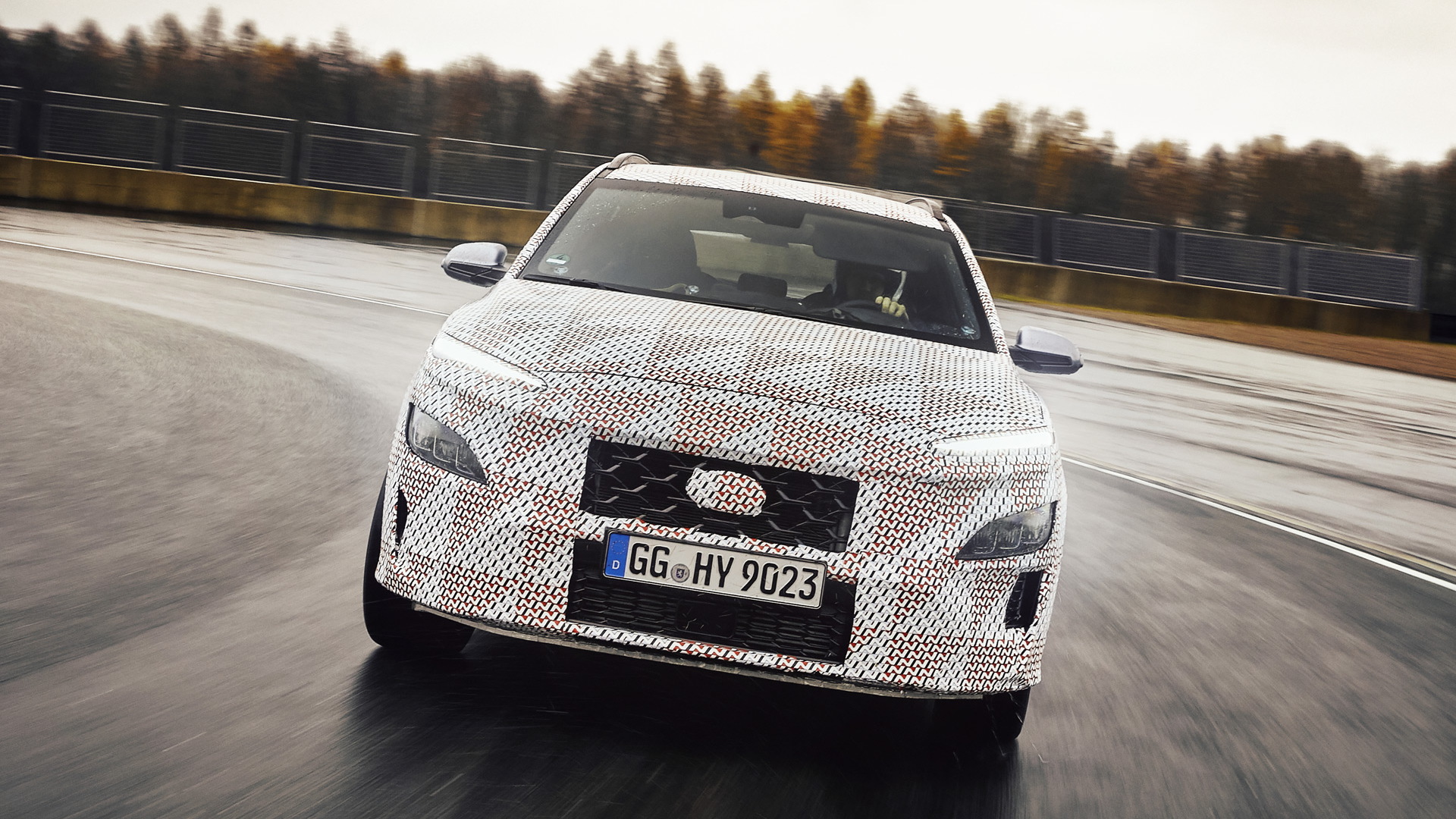 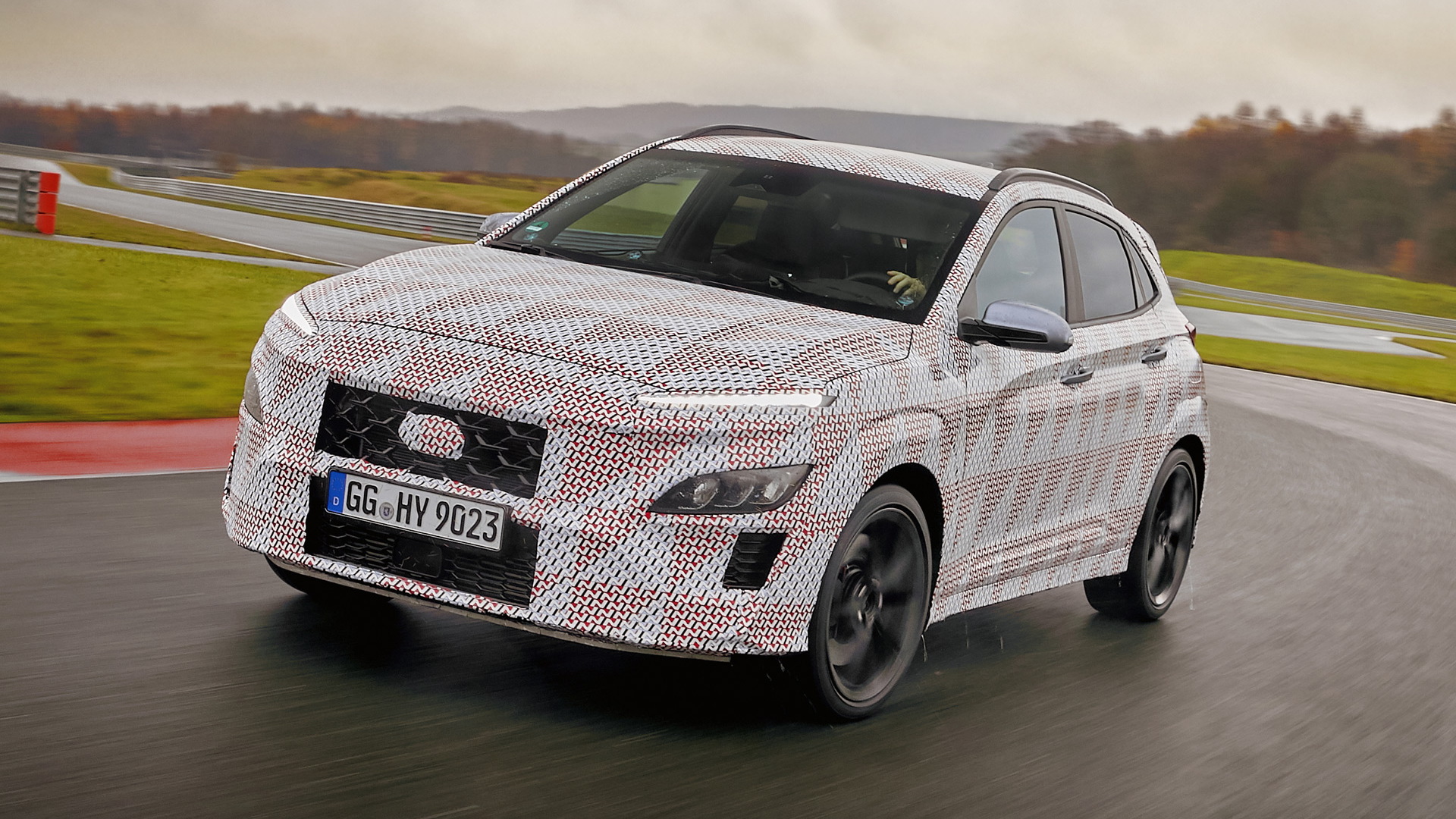 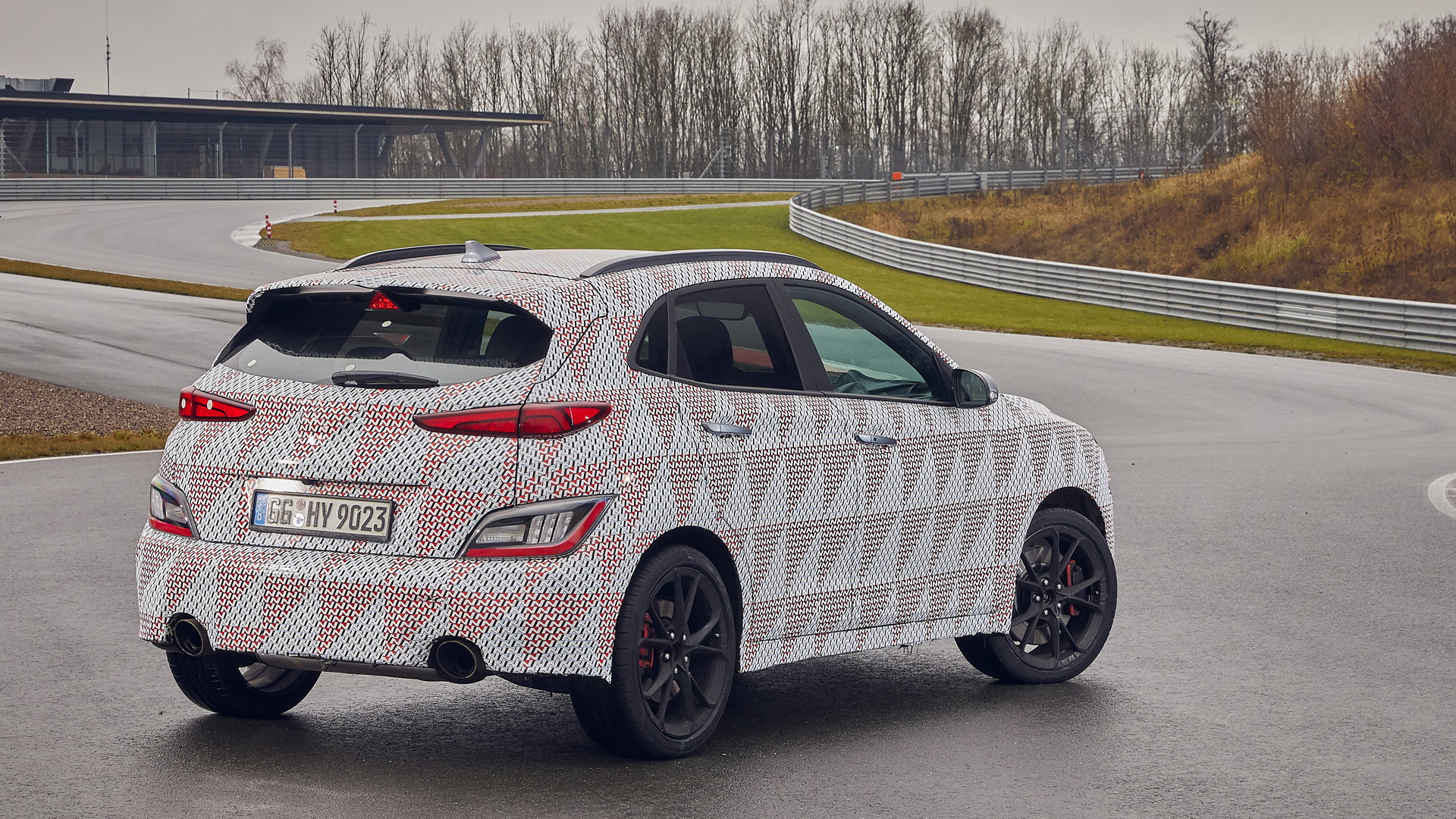 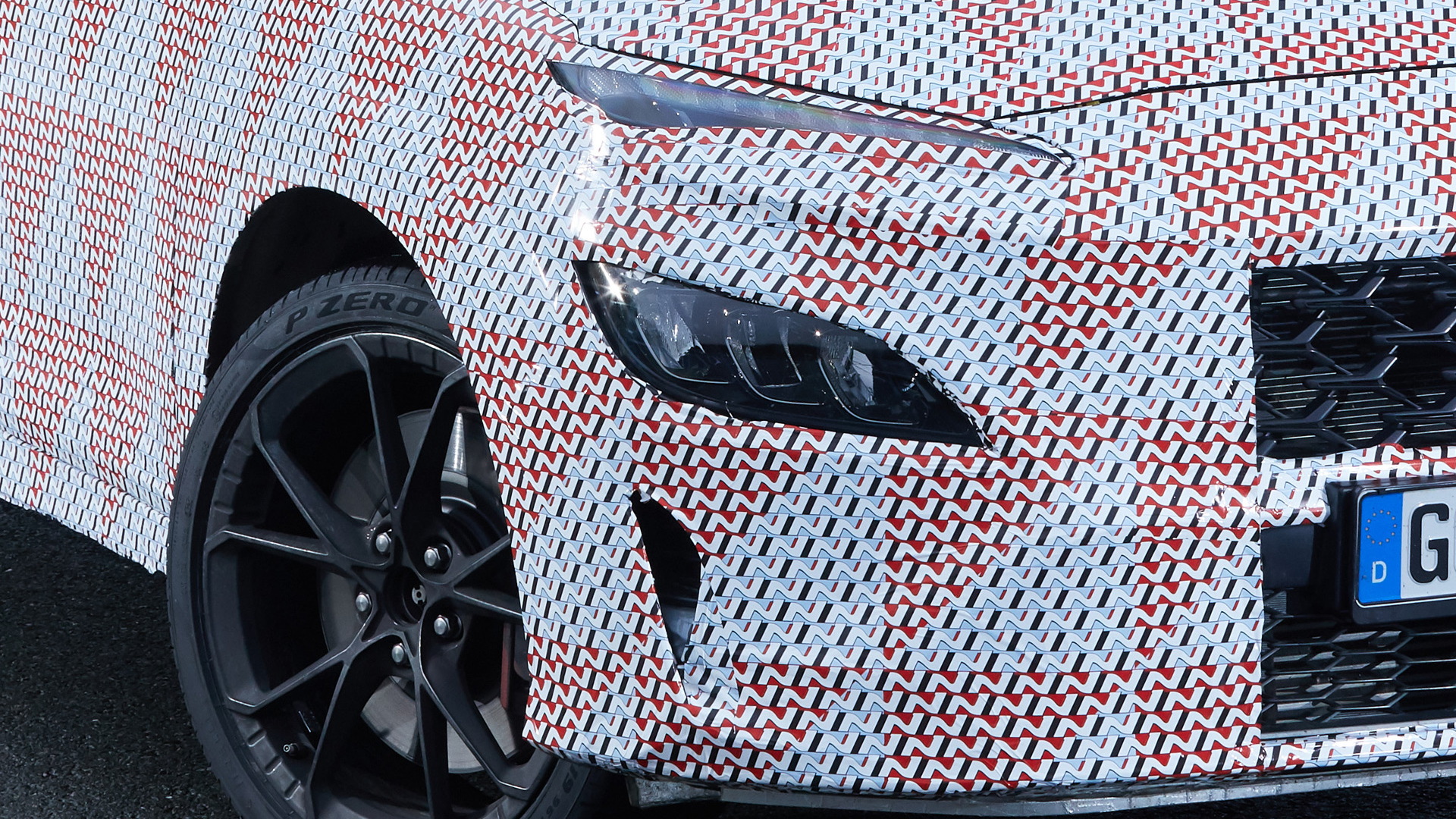 The Hyundai N performance skunkworks will expand its lineup in the United States to seven entries by the end of 2022, and one of them will be the new Kona N.

The high-performance compact crossover SUV has been testing at racetracks all over Europe for the past year and now Hyundai has finally confirmed the first specs. The vehicle is set to go on sale later this year, meaning we'll likely see it arrive as a 2022 model.

The first SUV offering in Hyundai N's growing lineup of dedicated performance models will come with a similar mechanical setup to the recently updated Veloster N, and i30 N sold overseas. A 2.0-liter turbocharged inline-4 and 8-speed dual-clutch transmission will be standard, though it isn't clear if drive will be to all four wheels in the Kona N or just the front pair like in the Veloster N and i30 N.

The 2.0-liter engine in other Hyundai N models has ratings of 246 and 275 horsepower, while the 8-speed DCT, a Hyundai N-exclusive item, has a number of performance-oriented shift programs built in that alter the transmission's shift pattern depending on the style of driving. They are the NGS (N Grin Shift), NPS (N Power Shift) and NTS (N Track Sense Shift) programs.

As mentioned above, there will be seven Hyundai N models hitting U.S. showrooms by the end of the 2022. The first three have already been revealed as the updated Veloster N and new Elantra N Line and Sonata N Line, all of which arrive for the 2021 model year. These will be followed by an Elantra N, Tucson N Line, this Kona N, and most likely the tamer Kona N Line already launched outside the U.S. Stay tuned.