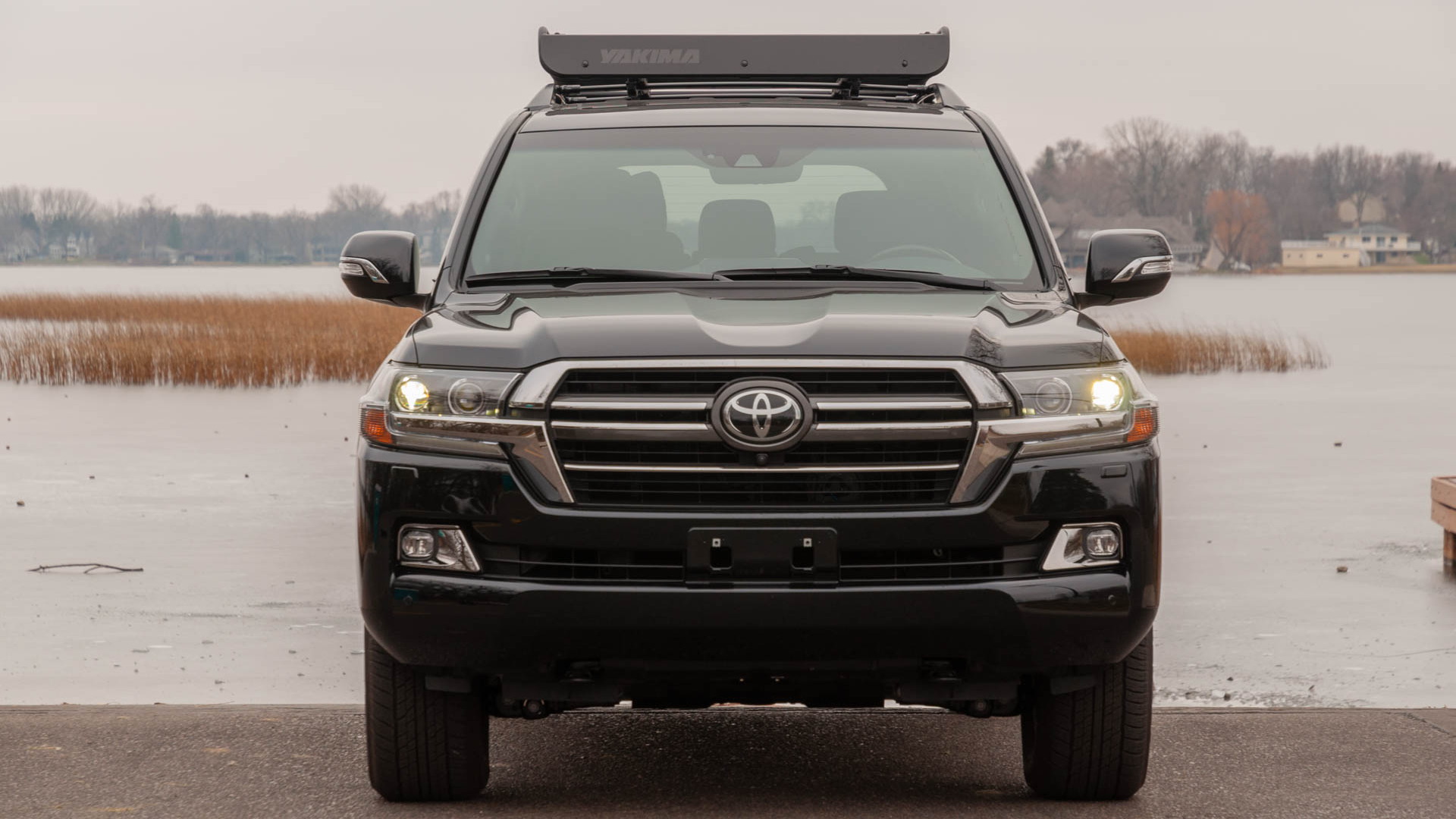 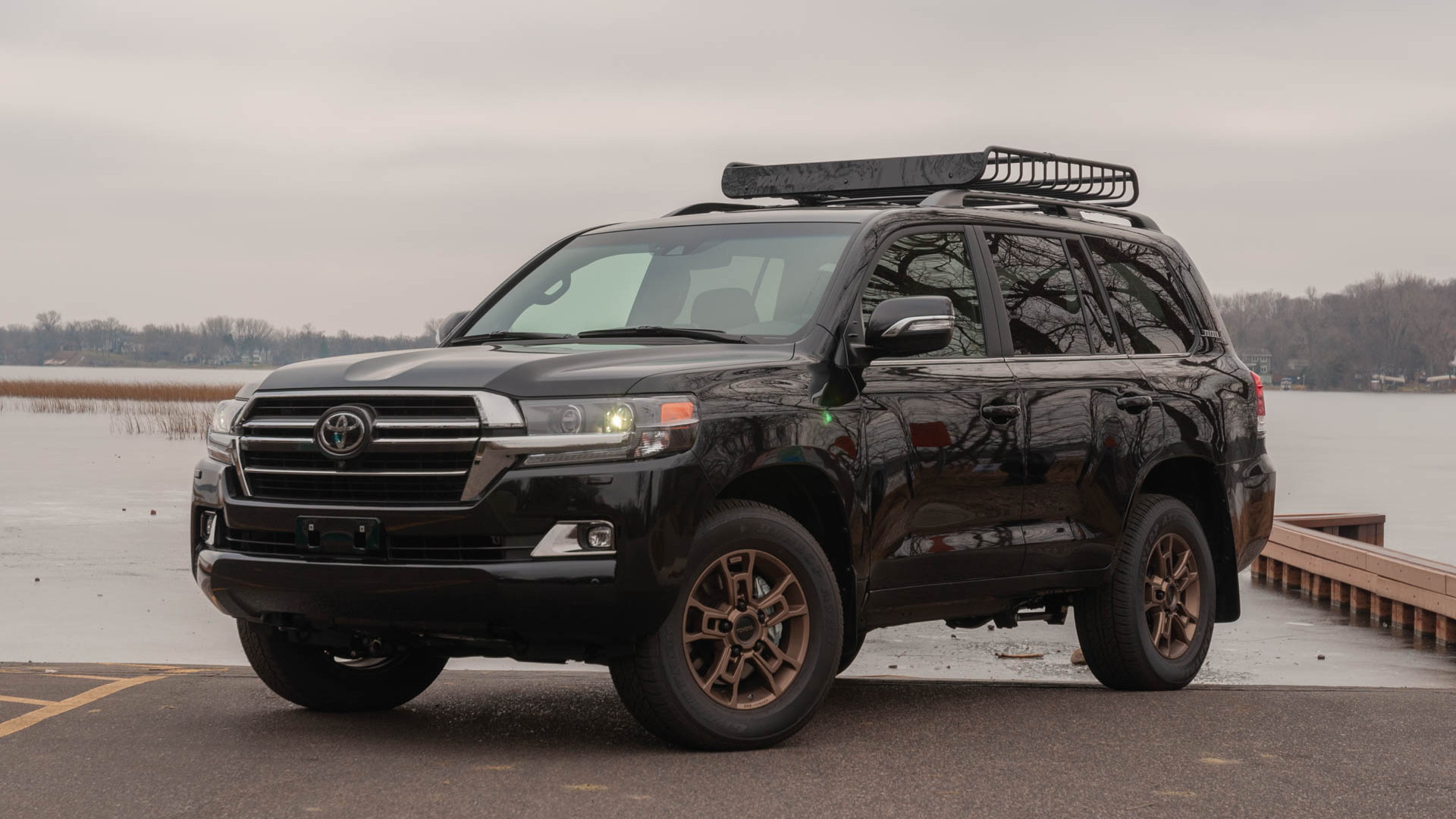 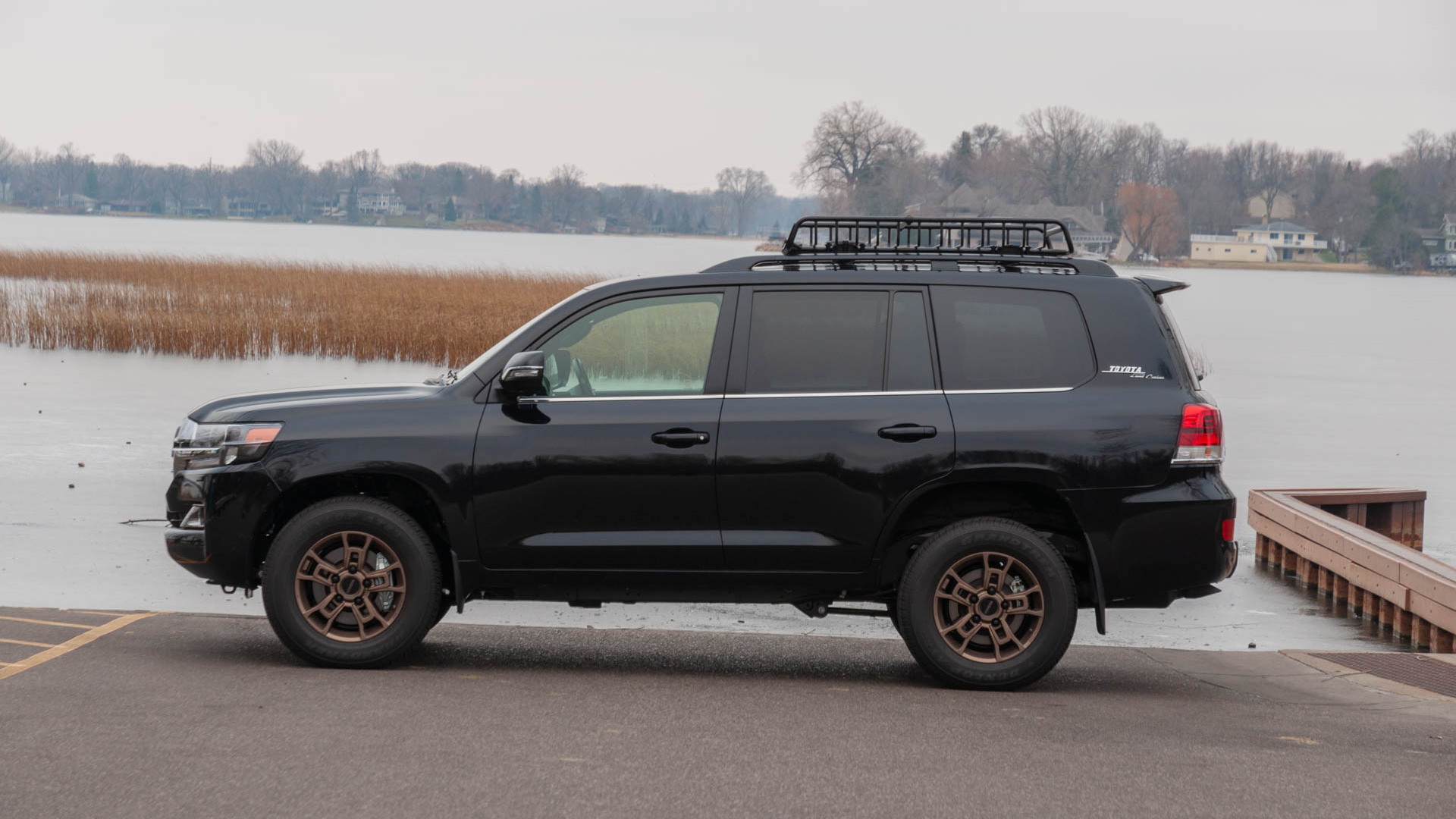 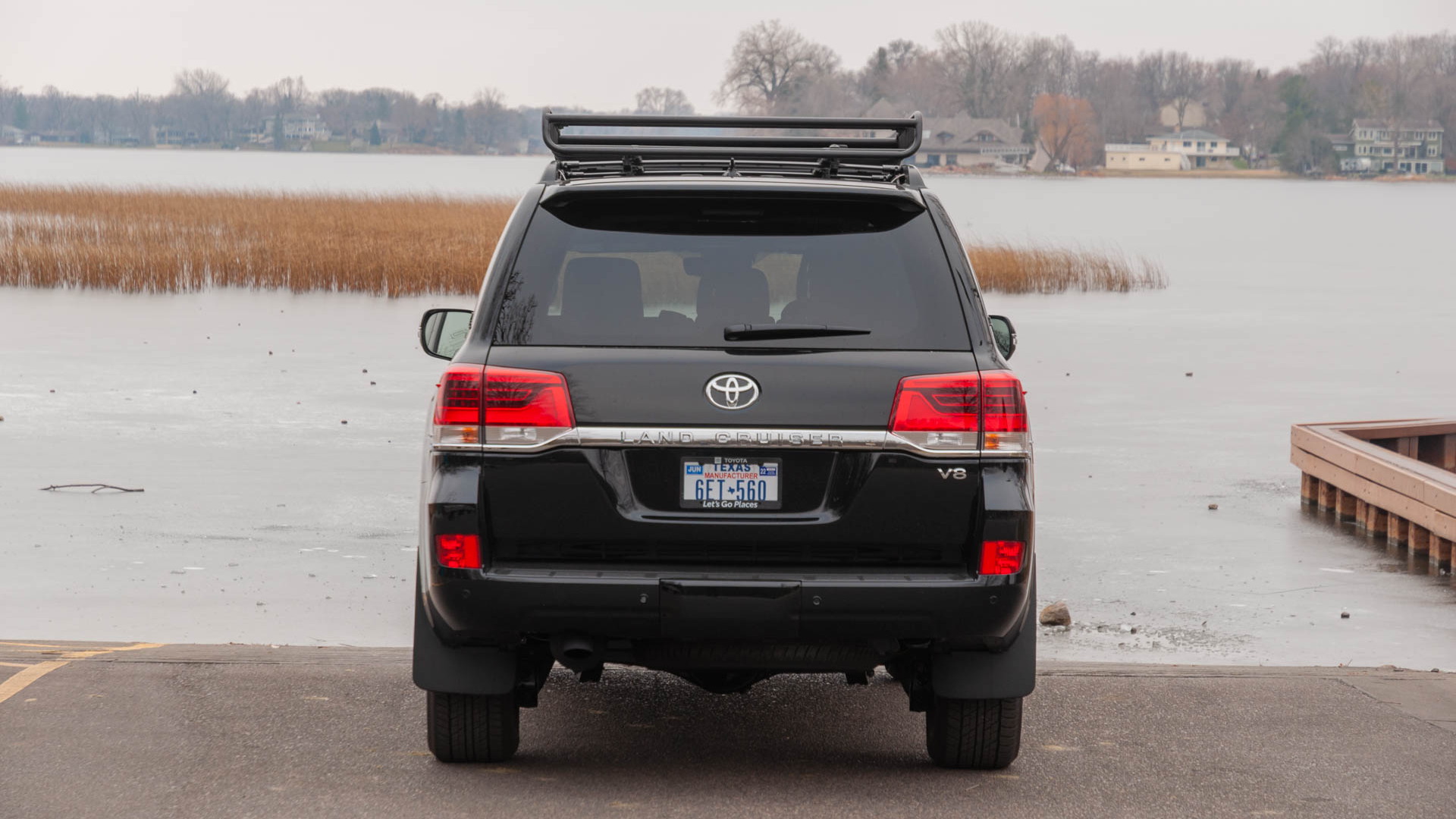 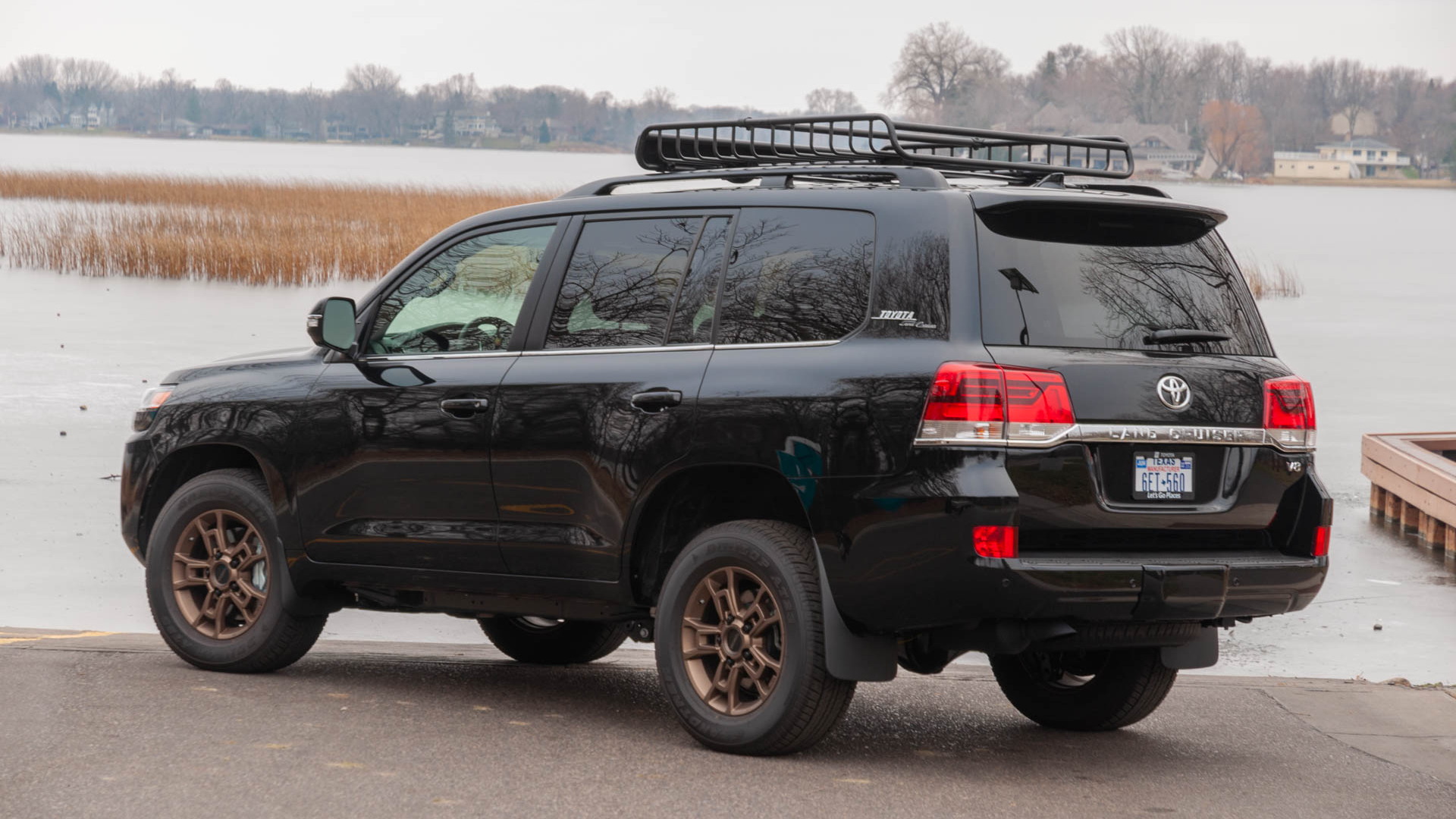 It’s the end of the world as we know it and everyone except about 3,500 U.S. consumers feel fine.

Toyota has finally confirmed it’s curtains for the Toyota Land Cruiser after 2021 in the U.S.

The 2021 Toyota Land Cruiser is one of the most capable, and arguably one of the best traditional SUVs money can buy. But its flaws are glaring, and consumers' tastes about what an SUV is and can do have changed.

I spent a week with the 2021 Toyota Land Cruiser Heritage Edition and it only strengthened my feeling that the U.S. is losing one of the best vehicles on the market, though only for those who need it.

Hit: The definition of capable

Every Land Cruiser comes with full-time four-wheel drive teamed with a 2-speed transfer case for sticky situations or for more pulling power. The real trick setup is the Kinetic Dynamic Suspension system (KDSS), sway bars that disconnect and reconnect automatically. With 8.9 inches of ground clearance, an approach angle of 32 degrees, a departure angle of 24 degrees, a breakover angle of 21 degrees, and ability to ford 27.6 inches of water, the Land Cruiser is highly capable off-road, though it should roll on more capable tires than the street-oriented Dunlop Grandtrek AT23 285/60R18s. Knobbier tires would help it go over, down, or through nearly anything. The Land Cruiser features off-road modes that modify the stability control, traction control, and enable crawl control, which is essentially off-road cruise control for up- and downhill grades. The Land Cruiser can also drag the rear inside tire to tighten turns while off-roading through its braking system. In short, the Land Cruiser will get you where you need to go given proper tires.

Miss: Not made for hauling kids to soccer practice

While the neighbors might think you just bought a $40,000 Toyota Highlander, you most certainly did not. Most Land Cruisers have three rows of seats (though my Heritage Edition was a two-row model), but the best seats in the house are the two heated and cooled thrones up front. Everyone else is going to pay a price for the vehicle’s off-road capability. The third row splits in half and each half folds up to the side, which eats into the cargo room. Adults won’t be happy in the third row, and frankly neither will kids. The second row can seat three, but two will be far more comfortable on the heated seats. This is a massive three-row SUV with seating for up to eight people, but only four fit comfortably. The two-row version is much more useful for hauling cargo.

Hit: This is stealth wealth

“Honey, the neighbors got a new Toyota Highlander.” That’s what your neighbors might say if you were to buy a Land Cruiser. Most people have no clue what a Land Cruiser is and what it can do, and they certainly don’t know that it costs at least $86,880. My Heritage Edition tester cost $89,210. Want to hide how much you just spent on a vehicle loaded with LED lighting, a 9.0-inch touchscreen infotainment system, four-zone automatic climate control, and a cooler box? A Land Cruiser will do the job.

The Land Cruiser is capable of going over the river, through the woods, and up the mountain, as long as you have a fuel tanker along for the trip. The fuel economy is the Land Cruiser’s single worst sin. With EPA fuel economy ratings of 12 mpg city, 17 highway, and 14 combined, it’s bad on paper. In reality, it’s even worse. In past experiences I’ve averaged just over 13 mpg in mixed driving. My Heritage Edition tester featured a Yakima roof rack that dragged the fuel economy down and created annoying wind noise. I averaged 11.7 mpg over the course of about 100 miles of mixed driving. You can actually see the gas needle move while driving.

Land Cruisers are powered by a 5.7-liter V-8 with 381 horsepower and 401 pound-feet of torque. If that sounds familiar that’s because it is. It’s in most of the Tundra pickup trucks Toyota sells, and it’s hooked to an 8-speed automatic transmission that should also be familiar. The V-8 feels powerful enough despite the Land Cruiser’s immense 5,815-pound curb weight (5,715 pounds in Heritage Edition trim). The V-8 is buttery smooth, even in the freezing cold, and the 8-speed is well mannered. The Land Cruiser is meant for cruising the land or highway while chugging fuel. That V-8 is known to be reliable. Just check Consumer Reports or ask any mechanic. Beyond that, it’s reasonably cheap to fix, which is why there are fleet Tundras with more than 200,000 miles on them.

Get in most modern cars and the dashboard is loaded with flashy lights and touch-sensitive buttons. They can be complicated, distracting, and even overwhelming. The Land Cruiser’s dashboard looks old because it is...and it’s fantastic. Sure, it has a 9.0-inch touchscreen infotainment system with navigation, but Toyota also provides a hard button, switch, or knob for every major vehicle function. It’s easy to use in a way vehicles haven’t been for more than a decade. No owners manual required, no guesswork needed.

Miss: Time moved on, but the Land Cruiser didn’t

While not all SUVs were as capable as the Land Cruiser a couple decades ago, most had more off-road chops than they do today. The competition has moved on to offer better packaging for more interior space and much better fuel economy. The Land Cruiser stayed put. At some point consumers realized they didn’t need the Land Cruiser’s capability, or simply couldn’t afford its high price tag. Could a more spartan, less luxurious Land Cruiser with a more efficient powertrain but all the legendary capability sell better than the 3,147 units Toyota sold in 2020? Possibly. But we won’t know because the next-generation Land Cruiser, the 300 series, won’t come to the U.S. with its rumored twin-turbo V-6 and possible hybrid variant.

Few vehicles can do what the Land Cruiser can do. None of them can do it with the grace, amenities, comfort, and reliability of the Land Cruiser. That leaves the Land Cruiser in a class of one, which is about to be a class of zero, and that’s a shame. Time marches on and it will have to do so without an SUV that’s beloved to a select few.