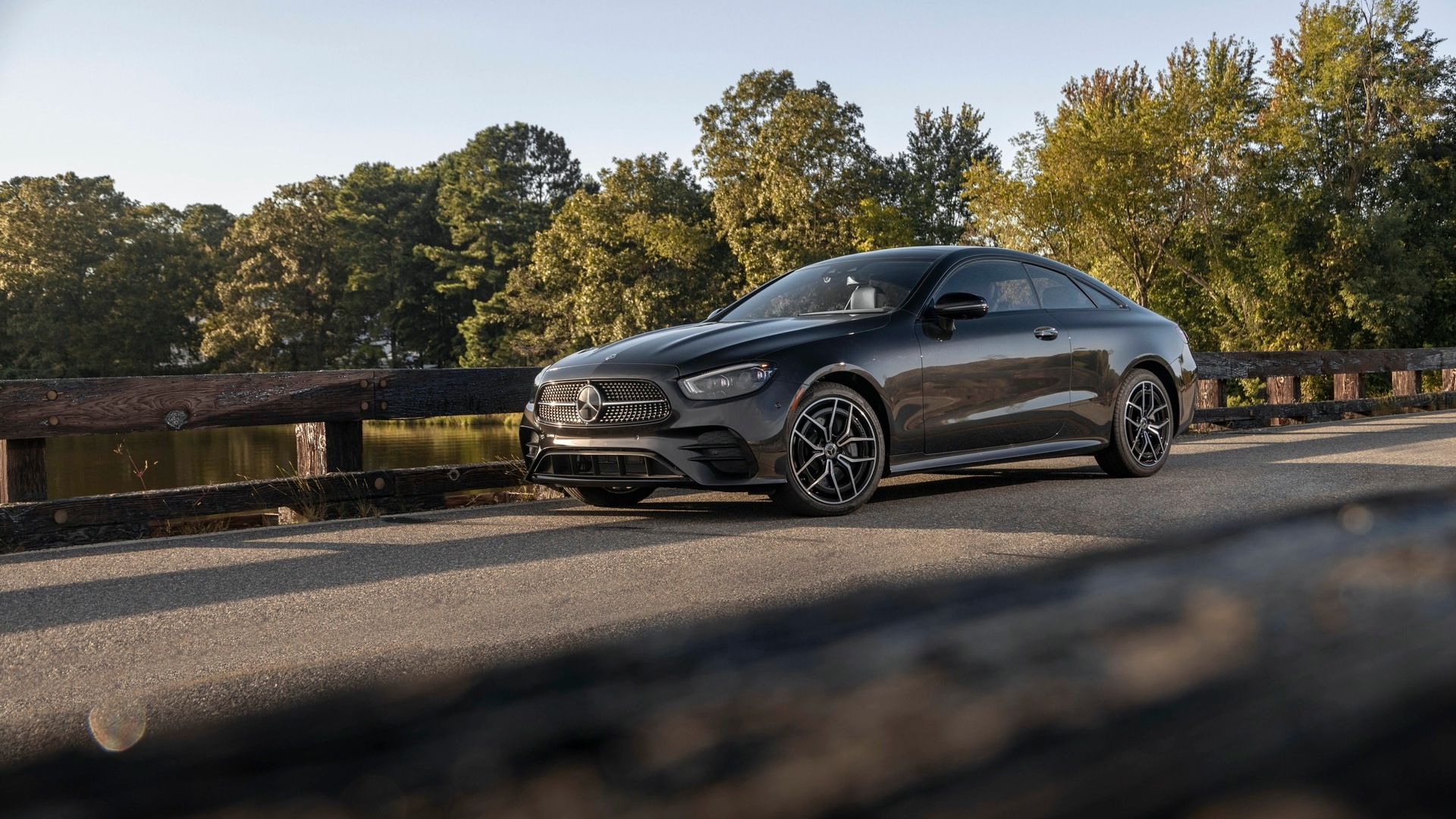 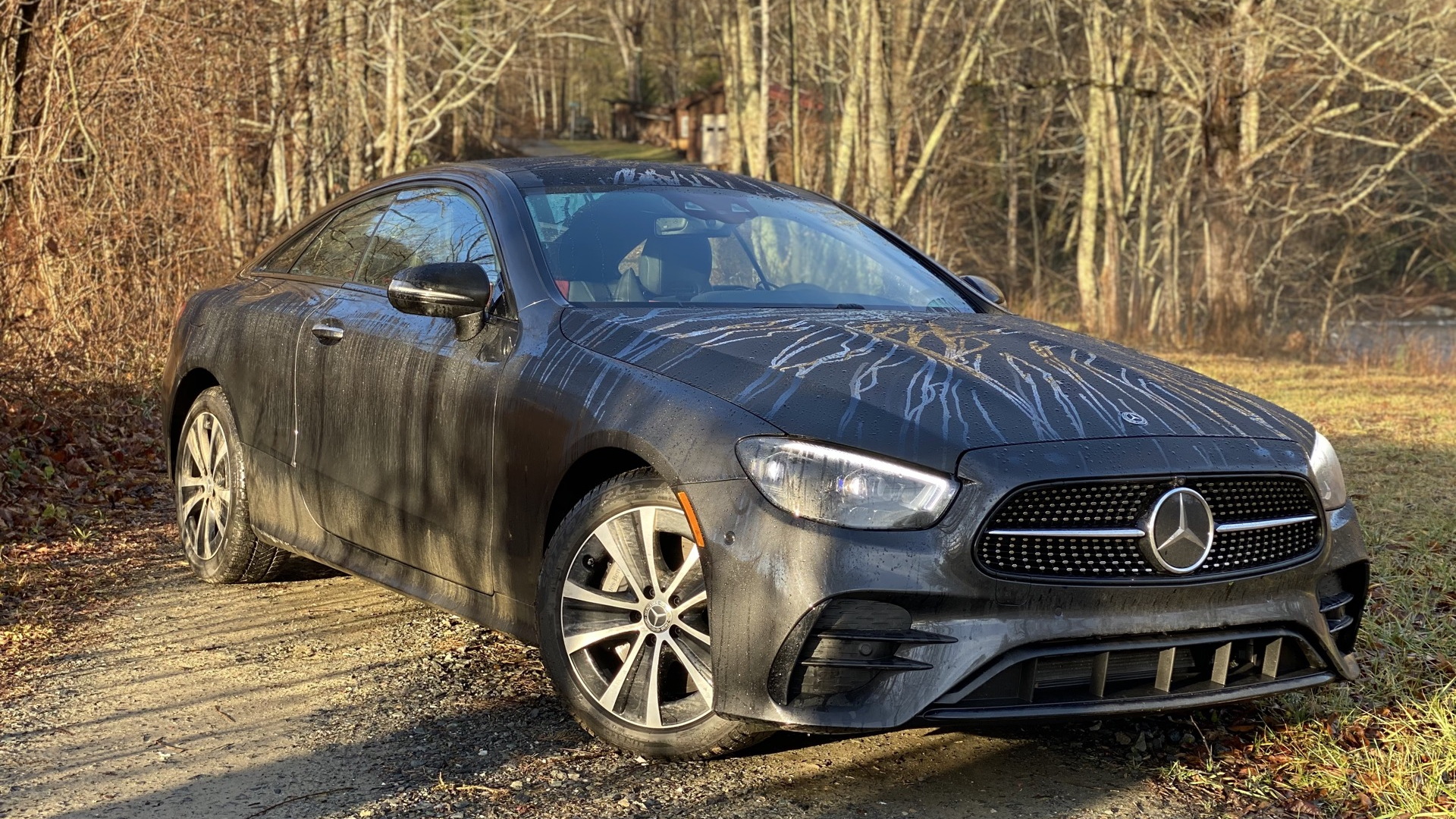 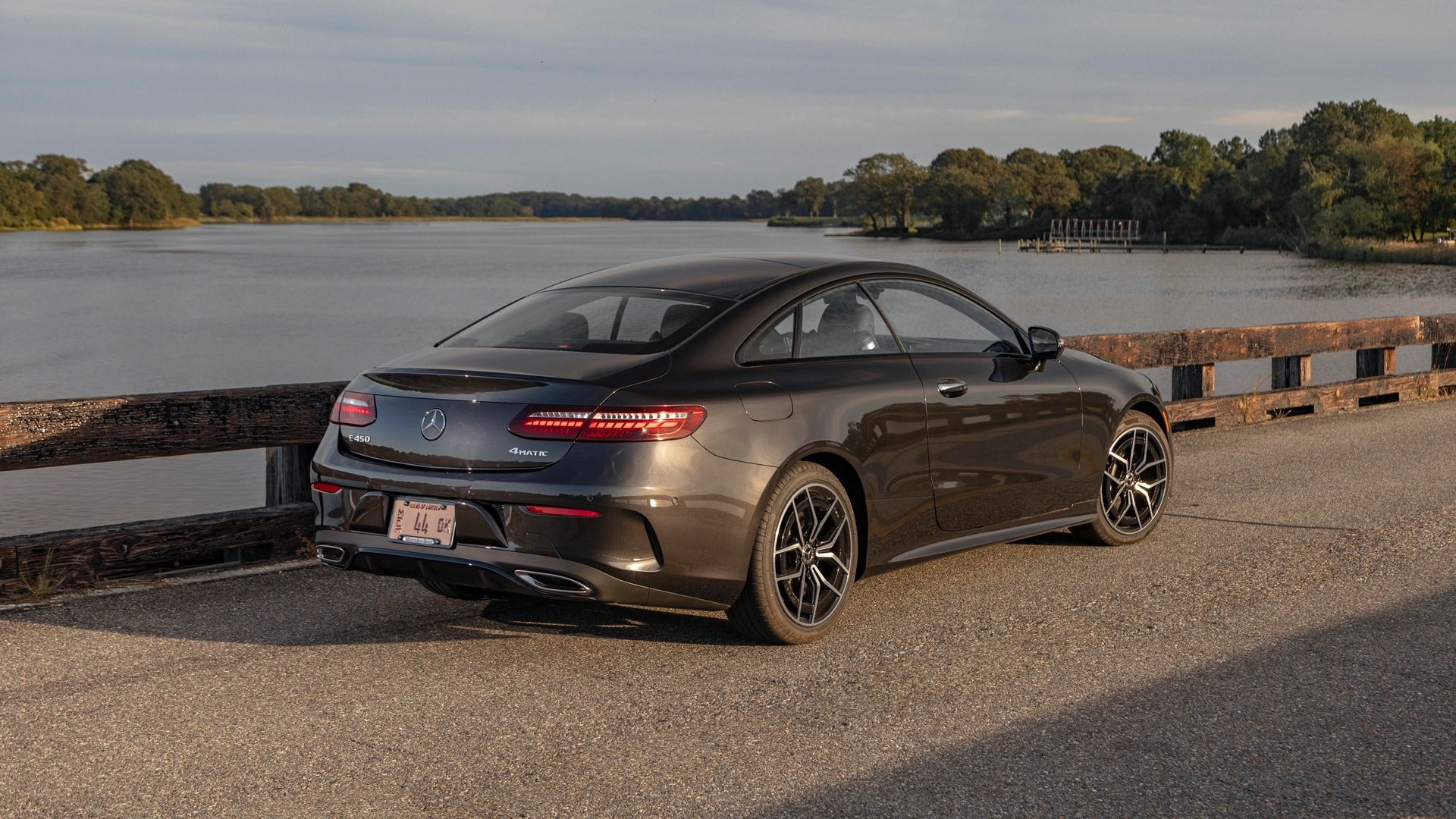 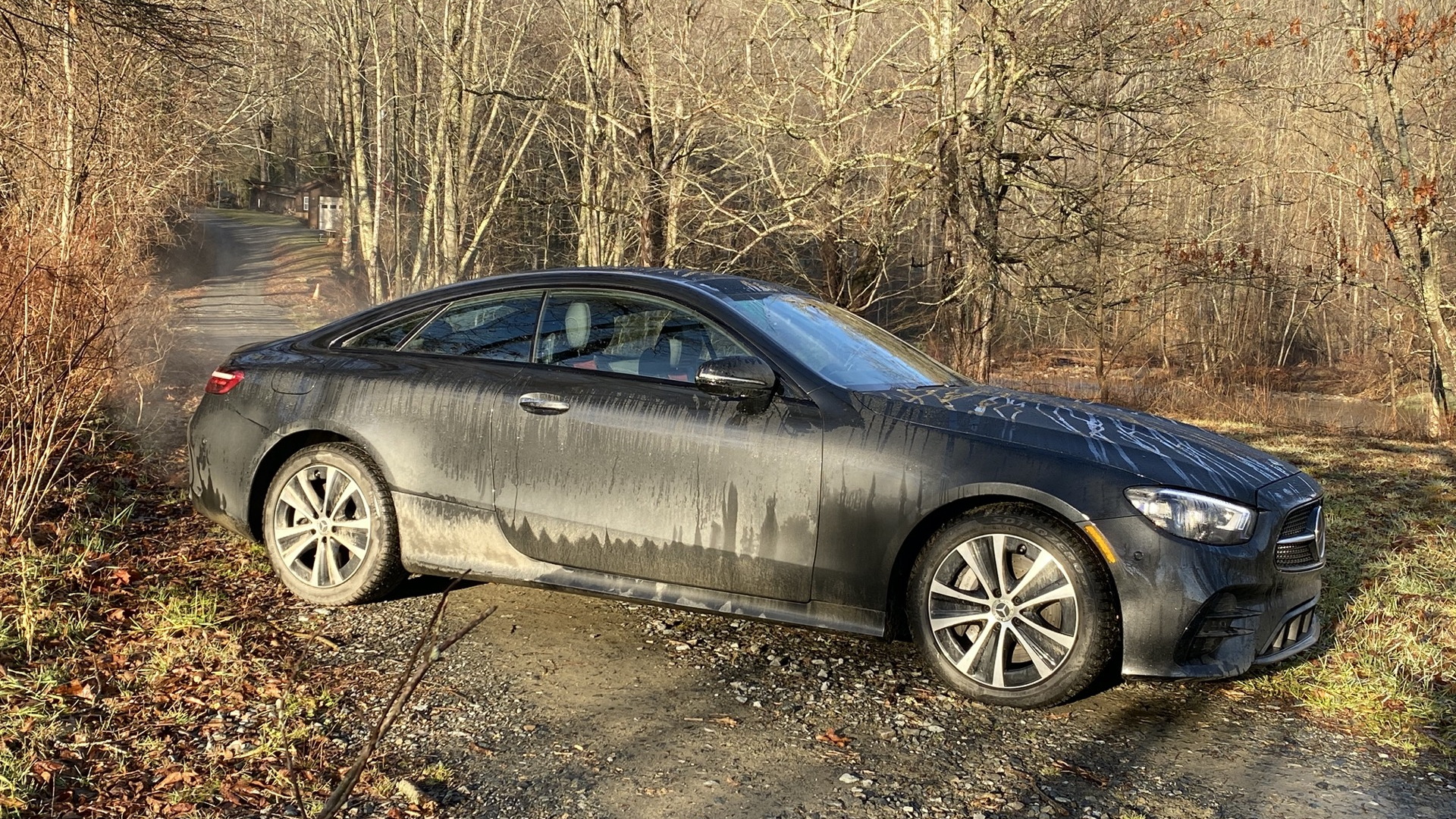 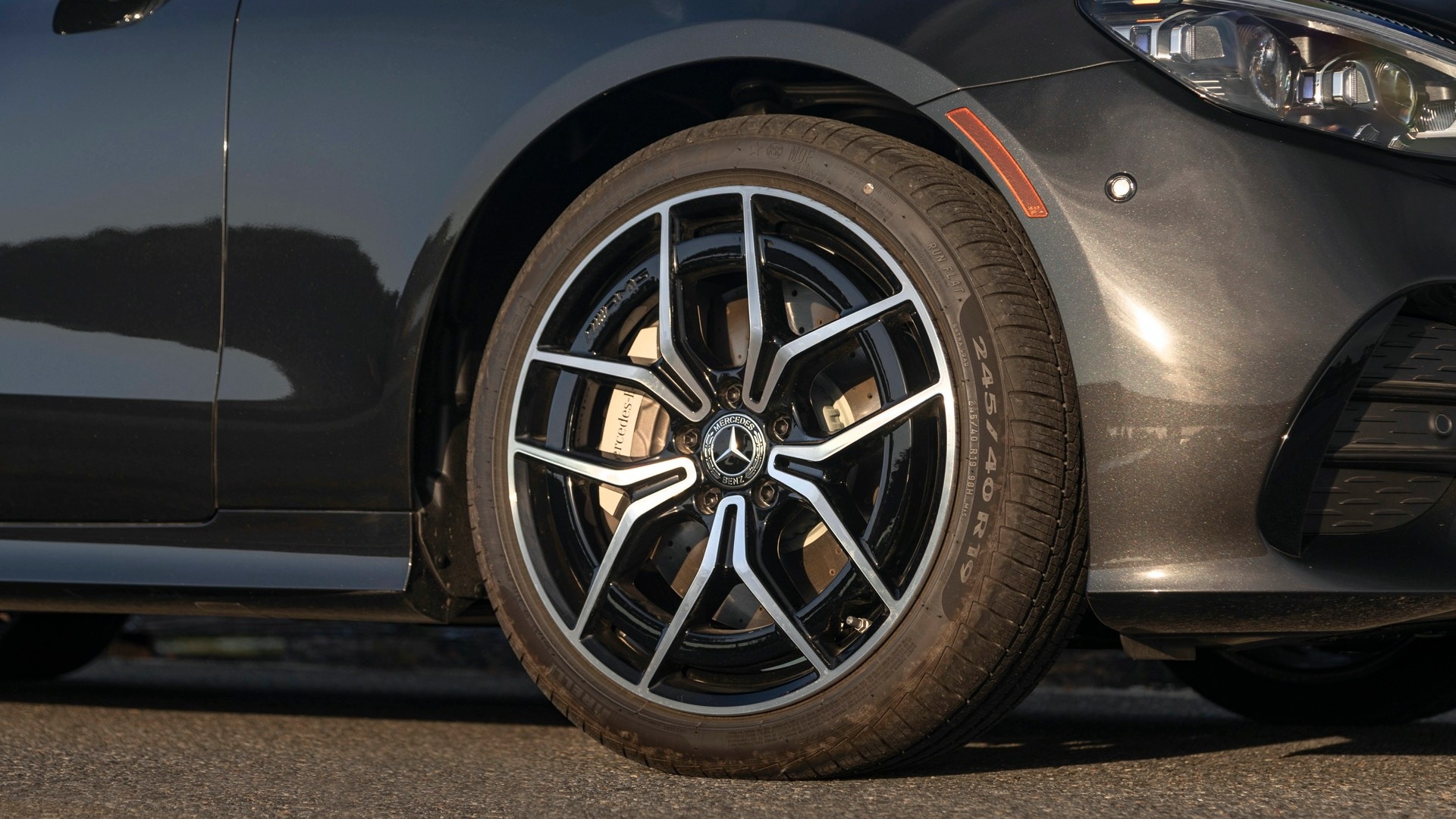 Coupe is only one letter off from couple. This silly thought occurred to me in the 2021 Mercedes-Benz E450 Coupe. The refreshed coupe would take me and the woman I’d been dating on our first road trip together, and would either further us down the road to coupledom, or threaten to split us at that relationship fork in the road.

Could a car influence human connection? Car lovers and those who have loved would say yes.

“Just remember the journey is as important as the destination,” my dad said in response to my anxiety about whether I could be patient on the 600-mile journey to the Smoky Mountains. As a father of two kids, I have a certain trait that demands we make good time and beat the GPS estimates. I say, “You can hold it” to them in the car as much as I say, “close the damn door” to them in the house.

“So you’re going to be together, like one on one, for a whole week in that small space?” My best friend asked. “God, that poor woman.”

It was unfamiliar territory for us both. Her versatile Honda Fit with bumpers tattooed by urban life has a CD player as its most advanced feature. The E450 had twin 12.3-inch screens with augmented video for navigation ($350) and an Airscarf that blows hot air on your neck ($460).

The conspicuous nature of any Mercedes, especially the lovely E-Class coupe, was an adjustment for both of us. Our cabin on a river reflected the economic divide in Appalachia. Up the slope, a wall of glass and two decks of a mansion emerged from the trees and into the sunrise like the prow of an ocean liner. In the valley below, down the rutted gravel path, a moat of hard times encircled a shack connected by tarps to a pop-up camper.

A Mercedes announces privilege, and the AMG line styling upgrades with 19-inch black twin five-spoke wheels ($2,900) isn’t shy about it. The coupe’s interior popped with red on black leather seats, black ash wood trim panels on the dash and console, and a gorgeous dashboard studded with turbine vents—it calls for hands and fingertips. The exterior wasn’t as conspicuous. The classic coupe proportions, and the bold grille with the tri-star logo and a chrome cross bar bisecting shimmering chrome pins, draws enough attention without an illuminated logo. Fortunately, the tester went dark on that option.

The mid-size coupe was perfectly sized for two. Car naps recurred like good conversation, posture-shifting seats one step shy of massagers alleviated fatigue, and audio books filled the quiet cabin that got noisy only at impatient speeds. We involved Mercedes in the conversation too, sometimes accidentally by simply saying “Mercedes.” The voice assistant interrupted at unwanted times and was largely ineffective when we did seek it—kind of like a mother-in-law.

For a day trip, we could have fit both mothers-in-law in back of the E450 Coupe, thanks to its 35.9 inches of rear leg room. Instead, we used it as overflow storage for a hiking day pack, a food bag, and a small cooler. The shallow trunk extends into 60/40-split folding seats for more versatility, but with only 10 cubic feet of volume, we couldn’t fit a full-size cooler back there. Other than that no packing sacrifices were made for the week.

Once unladen, we were able to stretch our legs and the Coupe’s wheels. Even though we were near the Tail of the Dragon, we were on the eastern edge of the national park. Going to the Dragon on the western edge might have upset the happy harmony we had established after some corrections. At one point, after a slow moving SUV shambled to a pull out, I might have cheered. Or cursed. A series of hairpins unwound from a high mountain pass before us.

I noticed her hand gripping the door handle. “How much faster would you be going without me?” she asked.

I switched it from Sport to Comfort mode, and cheerily slowed down. It reminded me of the year before, when the editorial team here at IB Autos took a sundown cruise through the Blue Ridge Mountains not far from where we were driving now. I took first shift in the BMW 840i convertible, and I was grateful now to not be in that bulky beauty.

I didn’t push the E450 to its extremes as my editorial team would have chided me to, but it made for a comfy cruiser that provided enough thrills for the $68,000 price tag, excluding $10,000 in options.

All-wheel drive kept the E450 planted, even as frozen waterfalls melted off rock faces onto the road. The optional air suspension added comfort while cruising on the highway, but nimbly skimmed road undulations that one of us loved and made one of us sick. The 9-speed found and maintained the right gears, while  paddle shifters let me play with engine braking downhill and dig deeper into the rev band on flat stretches. When it came to tight turns, the precise steering with the AMG flat-bottomed steering wheel was almost predictive.

Descending a mountain road at nightfall, the automatic emergency braking system picked up stopped traffic before I did; cars lined up as a herd of elk crossed a meadow and the road.

The most worthwhile option was the $900 exterior lighting package with adaptive high beams. You can pull the headlight stalk toward you for temporary high beams, leave the stalk in its regular position for normal LED headlights, or push the stalk forward to activate automatic high beams. On these dark twisty roads, the system did a great job of deactivating on the approach of another car, and when the car passed it pulled back the darkness like a curtain.

We both sang the praises of the 450E Coupe, and were also in agreement on its one significant flaw: the steering wheel controls. Mercedes replaced the wheel’s haptic thumb pads that could be pushed or swiped for myriad functions with a less precise and less defined surface that is bothersome enough to just not bother.

When the trip ended, we didn’t. We will ride again, and the E450 Coupe would be once again a welcome relationship medium.

Mercedes-Benz provided the 2021 E450 Coupe for a week to bring you this firsthand report.