Jay Leno's car collection is impressive not just for its size, but for its variety. Alongside the Bugattis and Duesenbergs sits this 1959 Ferret Mk2 reconnaissance vehicle, which got the spotlight on a recent episode of "Jay Leno's Garage."

The Ferret was used by the British military from the early 1950s until 1971. It was developed by Daimler, the British firm that also developed the SP250 sports car (and was later absorbed into Jaguar), with a 4.2-liter Rolls-Royce inline-6 engine shared with that automaker's passenger cars. It had a three-person crew, with a gunner manning a .30-caliber machine gun in the turret.

Instead of a conventional gearbox, the Ferret has a 5-speed Wilson pre-selector fluid-coupling transmission. The driver "pre-selects" gears with the shifter, but the transmission doesn't actually change gears until the throttle is pushed. The five gears also work in reverse, allowing for high-speed getaways. 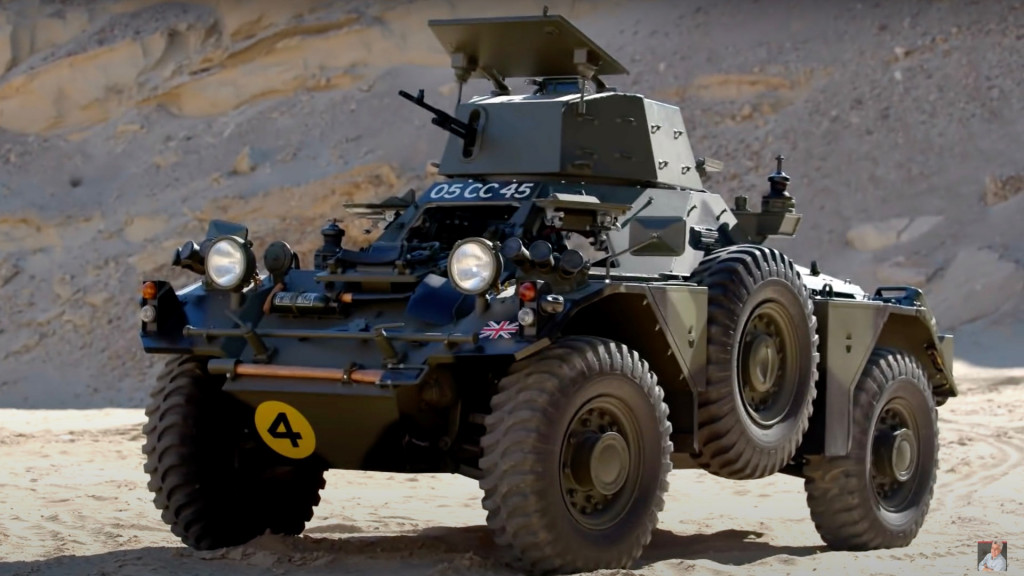 If you're in the market for a vintage military vehicle, the Ferret is a good option. Because it rides on (run-flat) tires instead of tracks, it can be used on paved roads. Tracked vehicles like tanks tend to tear up pavement which, as Leno noted in the video, can leave owners with some hefty bills from the local highway department.

The Ferret also drives like a car, Leno said, and runs on regular gasoline (with fuel economy of 5 mpg, though). Top speed is listed as 45 mph, but Leno said his Ferret can do 60 mph.

Outward visibility isn't great, however, so Leno added cameras at all four corners—not unlike the surround-view camera systems offered on many modern cars. The mod makes the vehicle perfect for shopping trips, Leno said.