Jay Leno has several Bugattis in his collection, but most of the cars from the French marque featured on his "Jay Leno's Garage" YouTube series have been performance models. This time, Leno featured a more luxurious grand tourer—this 1932 Bugatti Type 49.

Under the hood sits a 3.3-liter inline-8 engine which, unusually, has two spark plugs per cylinder. The Type 49 was the last Bugatti model with this single overhead cam engine; the company subsequently switched to a dual-cam setup that, according to Leno, copied a design from American engine builder Harry Miller.

As with other Bugatti models of the period, the brake drums are cast into the wheels, which have a turbine-like look that's more 1980s than 1930s. Those brakes are fully mechanical, although hydraulic brakes had been developed by the time this car was built, Leno noted. 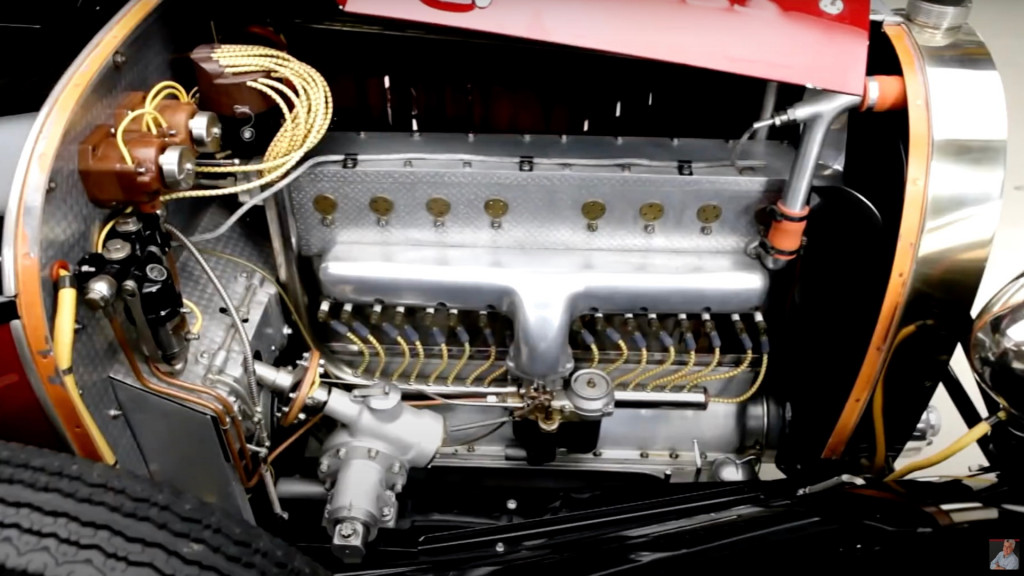 The interior is a bit more upscale than other Bugattis previously featured on the show, with plenty of wood and leather. The car is still fairly sporty, Leno noted, and that combination of luxury and performance makes it somewhat closer to the modern Bugatti Chiron than the more Spartan racing models of the period.

After years in storage, the car was sold at auction, restored, and won its class during a Pebble Beach Concours d'Elegance. Leno bought the car from the owner who commissioned the restoration. He said he wasn't looking for a car like this, but was impressed by the quality of the work, which was done by California-based Hjeltness Restoration.

Driving a Type 49 involves relearning a few things. It's right-hand drive, has a center throttle, and the shift pattern is the reverse of most other cars. Nonetheless, Leno said he uses this car regularly. Watch the full video to see him take it for a spin.