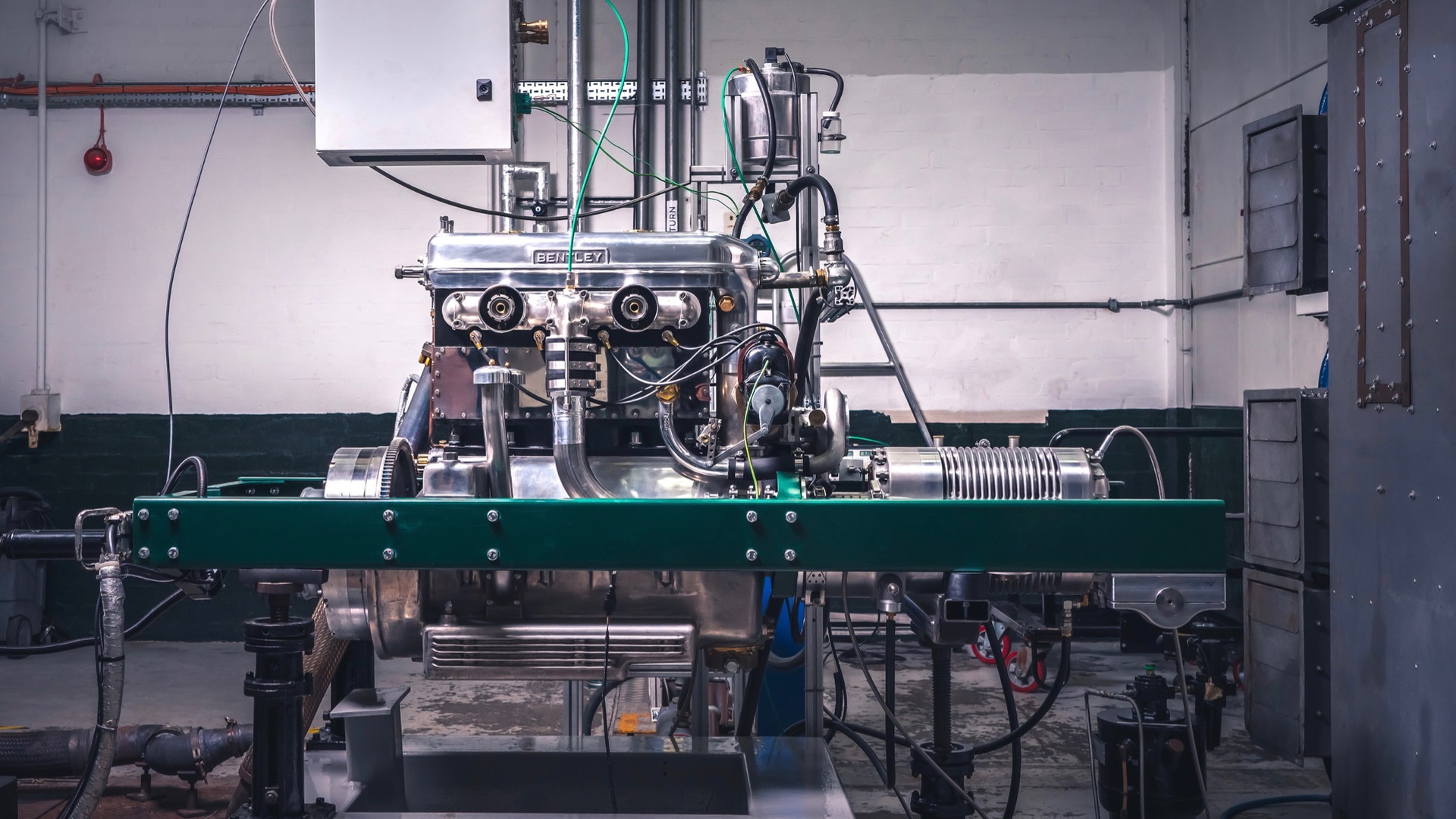 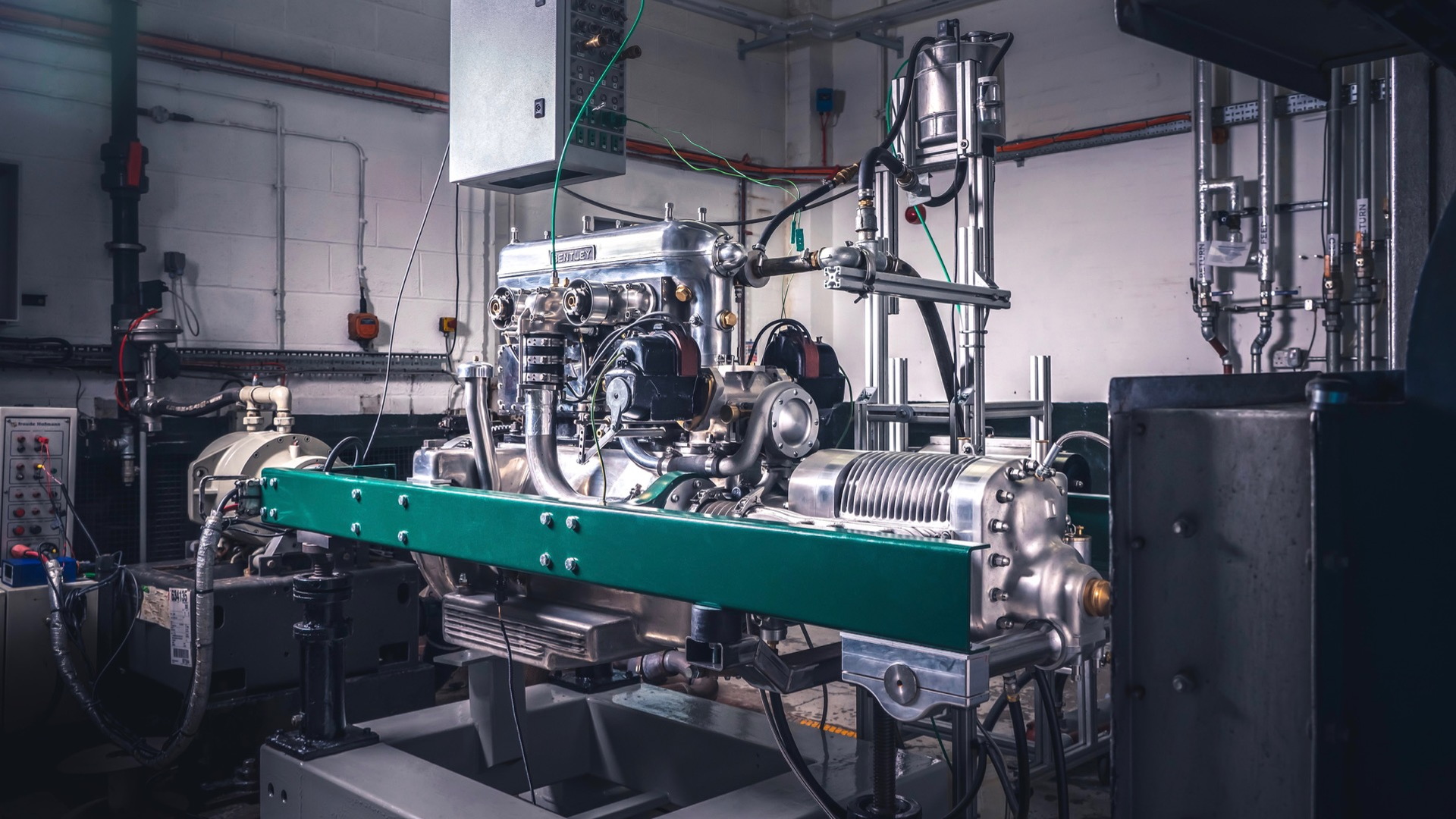 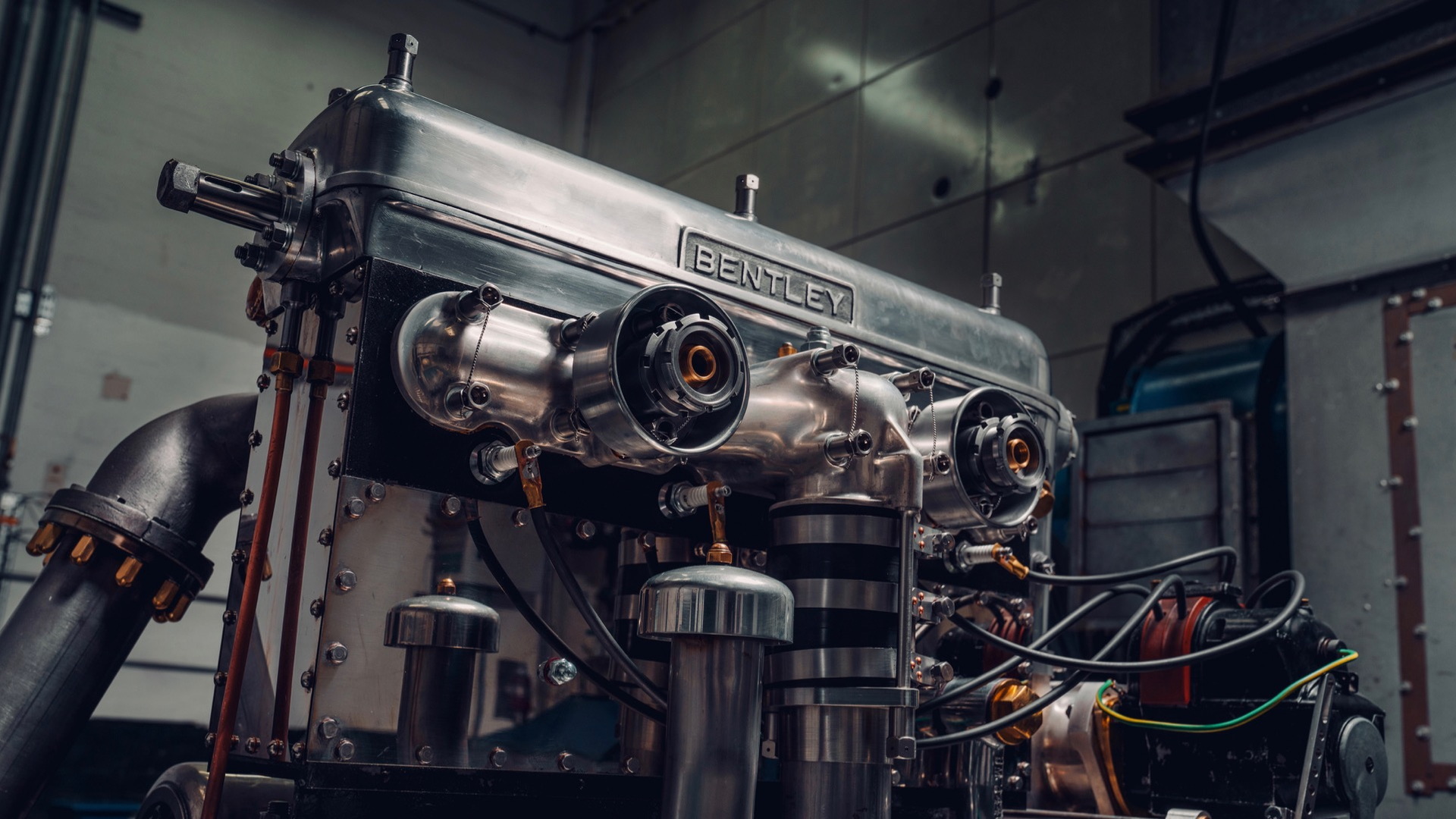 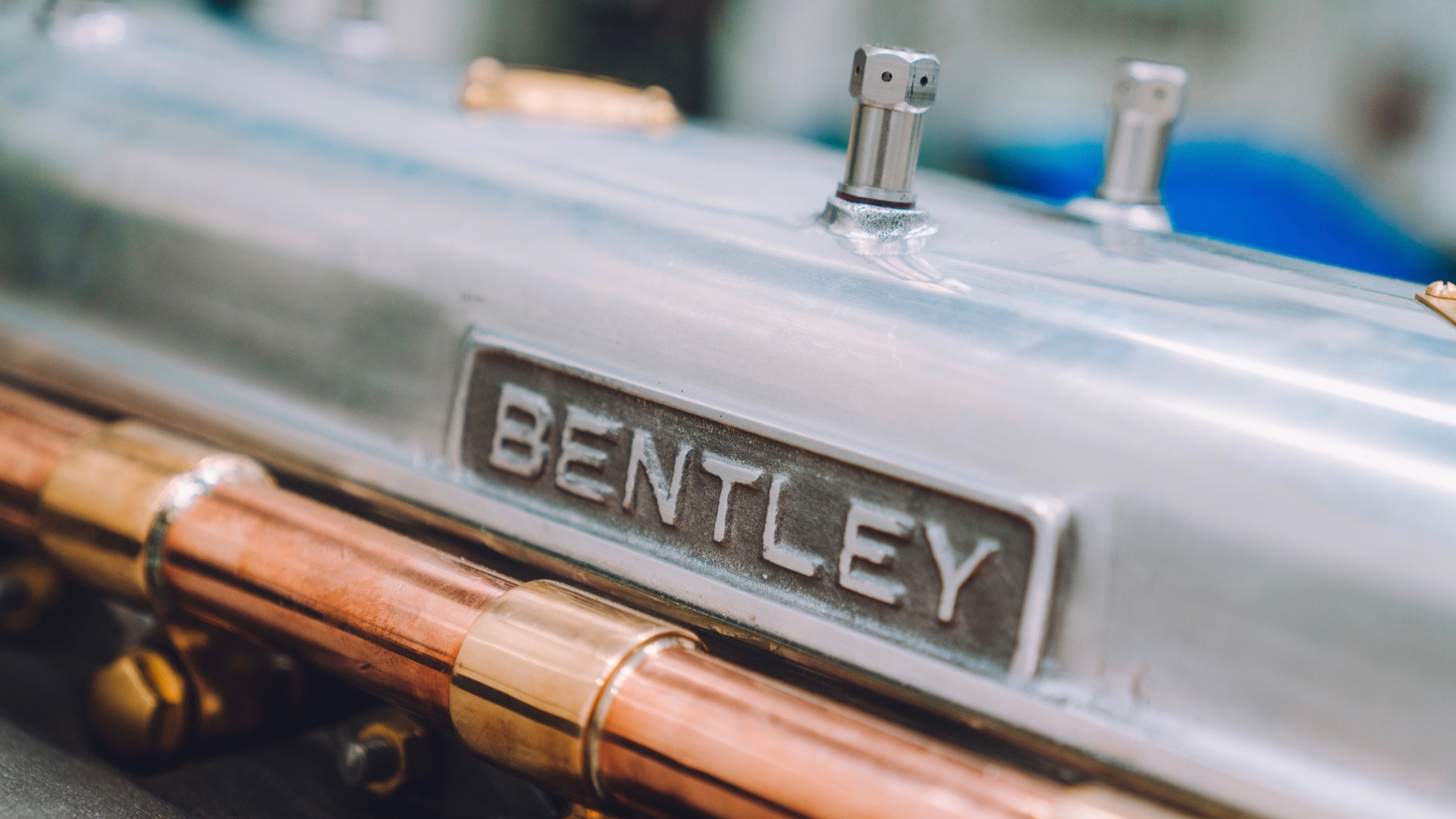 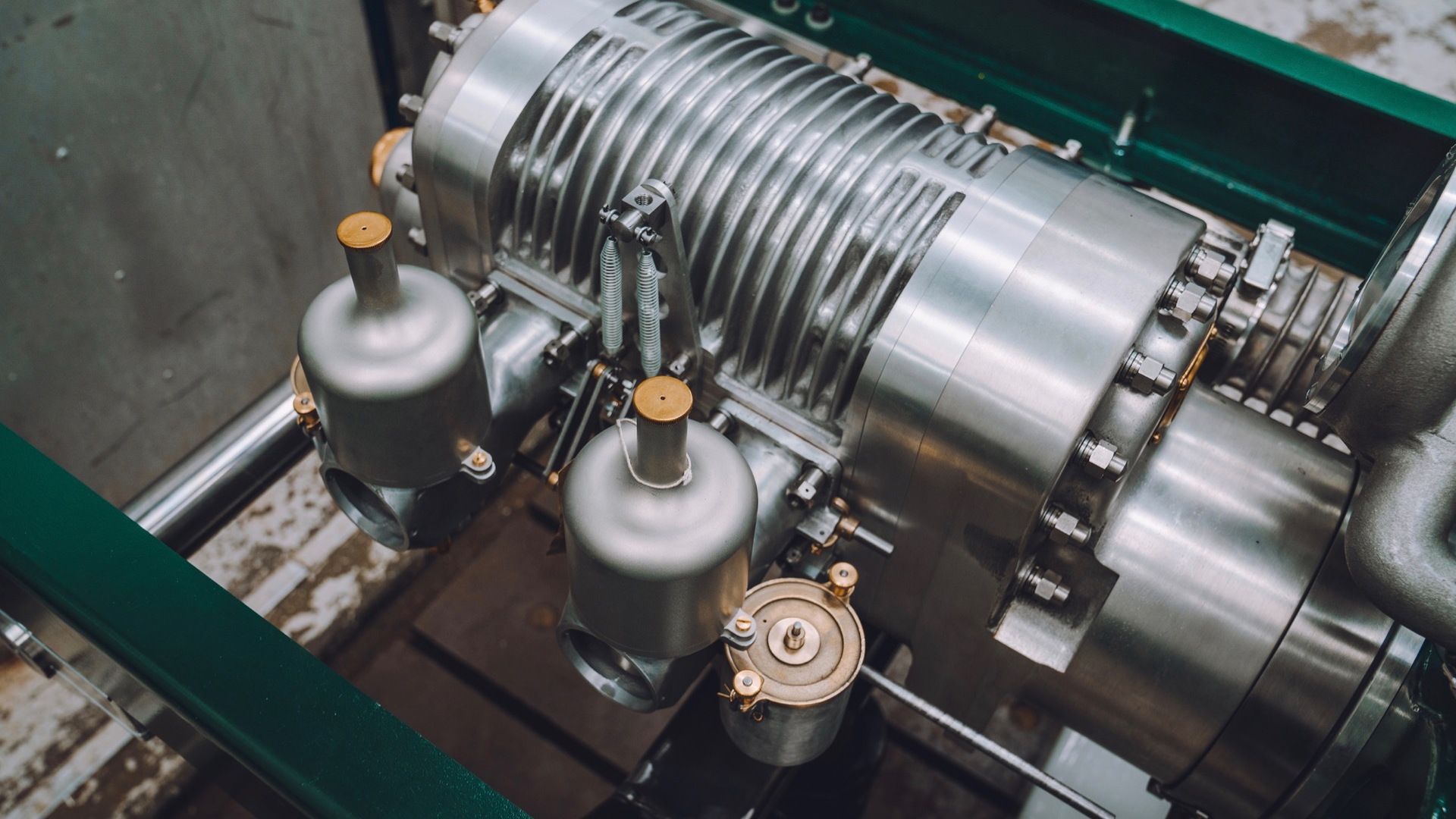 The 1929 Bentley Team Blower is being reincarnated as a "continuation" car, with 12 new cars based on detailed research of a pre-war original. Last week, Bentley announced completion of the first recreation of the Blower's 4.5-liter supercharged inline-4 engine.

A test engine was fired up for the first time two weeks ago, according to Bentley. Next, it will undergo stationary testing across a 20-hour cycle, gradually increasing engine speed and load, according to the automaker. This will take place at the engine test facility at Bentley's Crewe headquarters, where Rolls-Royce Merlin V-12 aircraft engines for Spitfire and Hurricane fighter planes were tested during World War II.

Once the engine is broken in on the test stand, it will be installed in a prototype Blower continuation car known as "Car Zero." Bentley hopes to rack up 35,000 kilometers (21,747 miles) of road driving and 8,000 kilometers (4,970 miles) of track driving during testing.

Named for its supercharger, the Blower engine is a cornerstone of Bentley lore, but it wasn't a factory project. Company founder W.O. Bentley preferred increasing engine displacement over forced induction, to preserve reliability, but racing driver Sir Henry Ralph Stanley "Tim" Birkin had other ideas.

Birkin was one of the aristocratic "Bentley Boys" who campaigned the company's cars during its 1920s racing glory days, and he wanted a more powerful Bentley. With funding from Dorothy Paget and technical input from Clive Gallop, Birkin commissioned specialist firm Amherst Villiers to add a Roots supercharger to Bentley's 4.5-liter engine. W.O. Bentley said this "corrupted" his design.

The supercharger bumped output from 130 horsepower to 240 hp, but, as W.O. Bentley predicted, the cars proved unreliable. A Blower car never won Le Mans, though Birkin is credited with helping secure victory for a naturally aspirated Bentley Six in 1930 by running at a faster pace to push the rival Mercedes-Benz cars beyond their mechanical limits. The strategy worked, but Birkin also failed to finish.

To make its modern continuation cars (automakers don't like to call these expensive recreations "replicas") Bentley scanned one of four originals—chassis HB3403. Data will be used to make 12 complete sets of parts, which will be assembled into the new cars. Bentley hasn't discussed pricing, but all 12 continuation cars are already sold out.