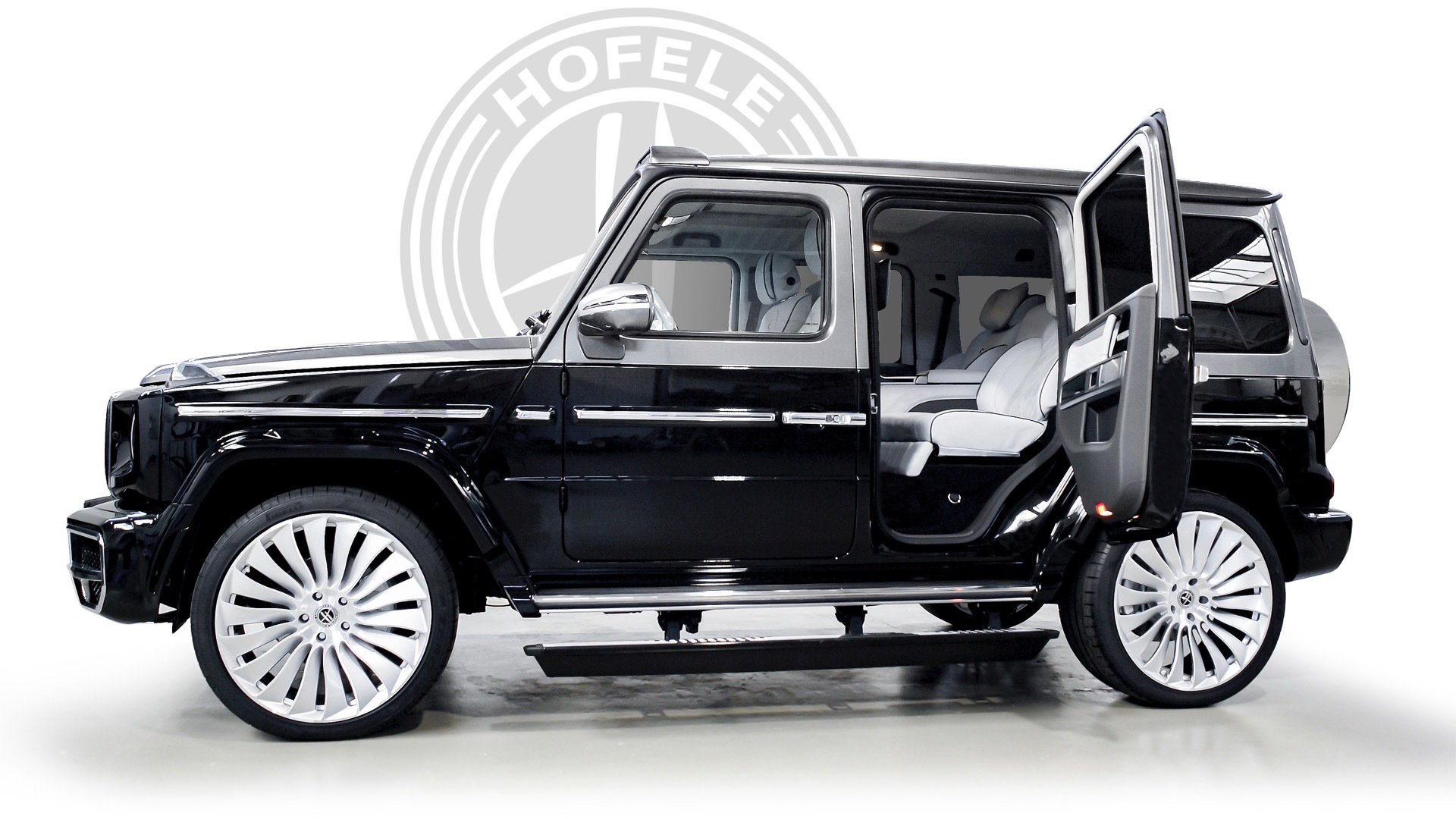 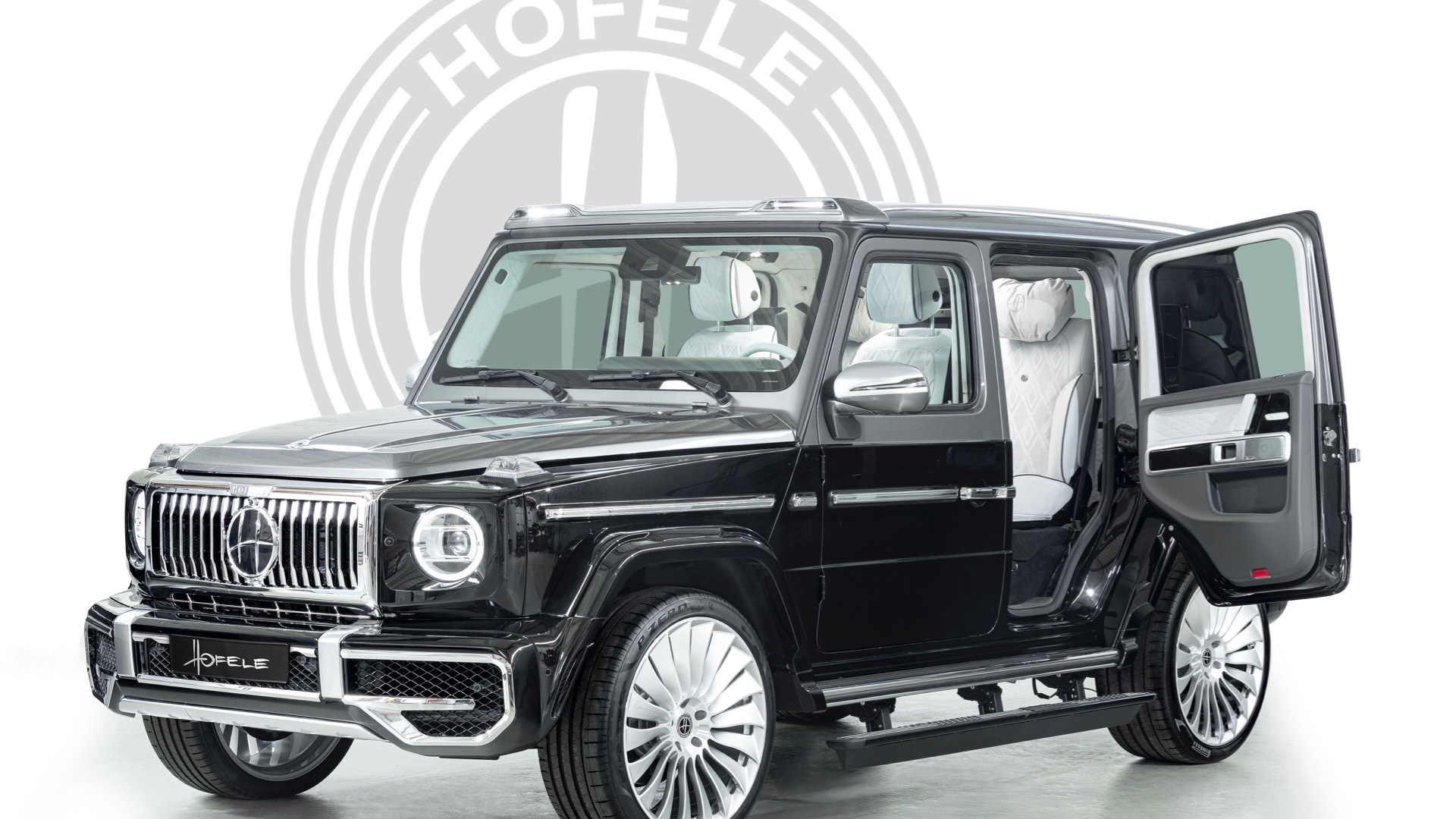 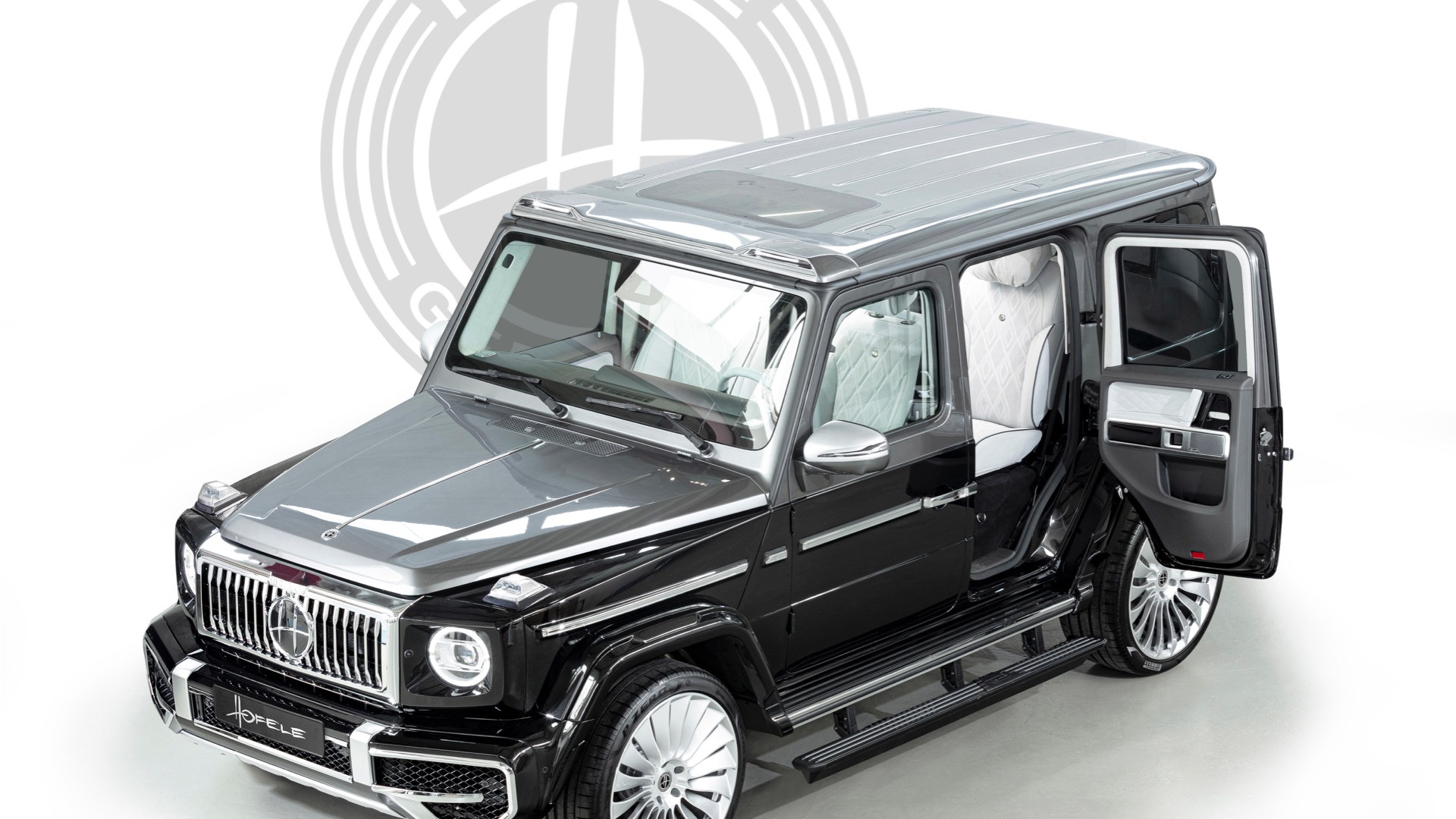 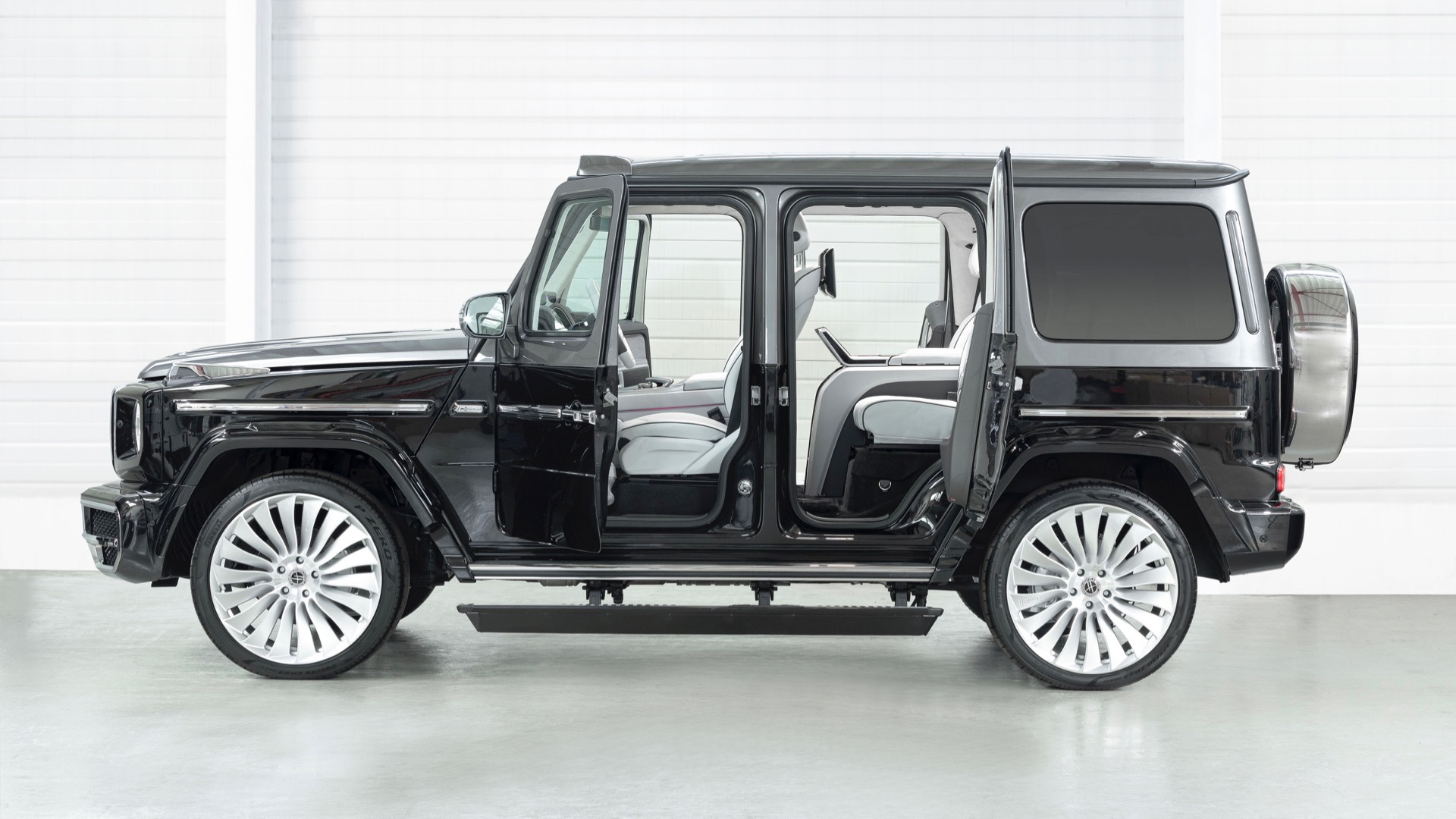 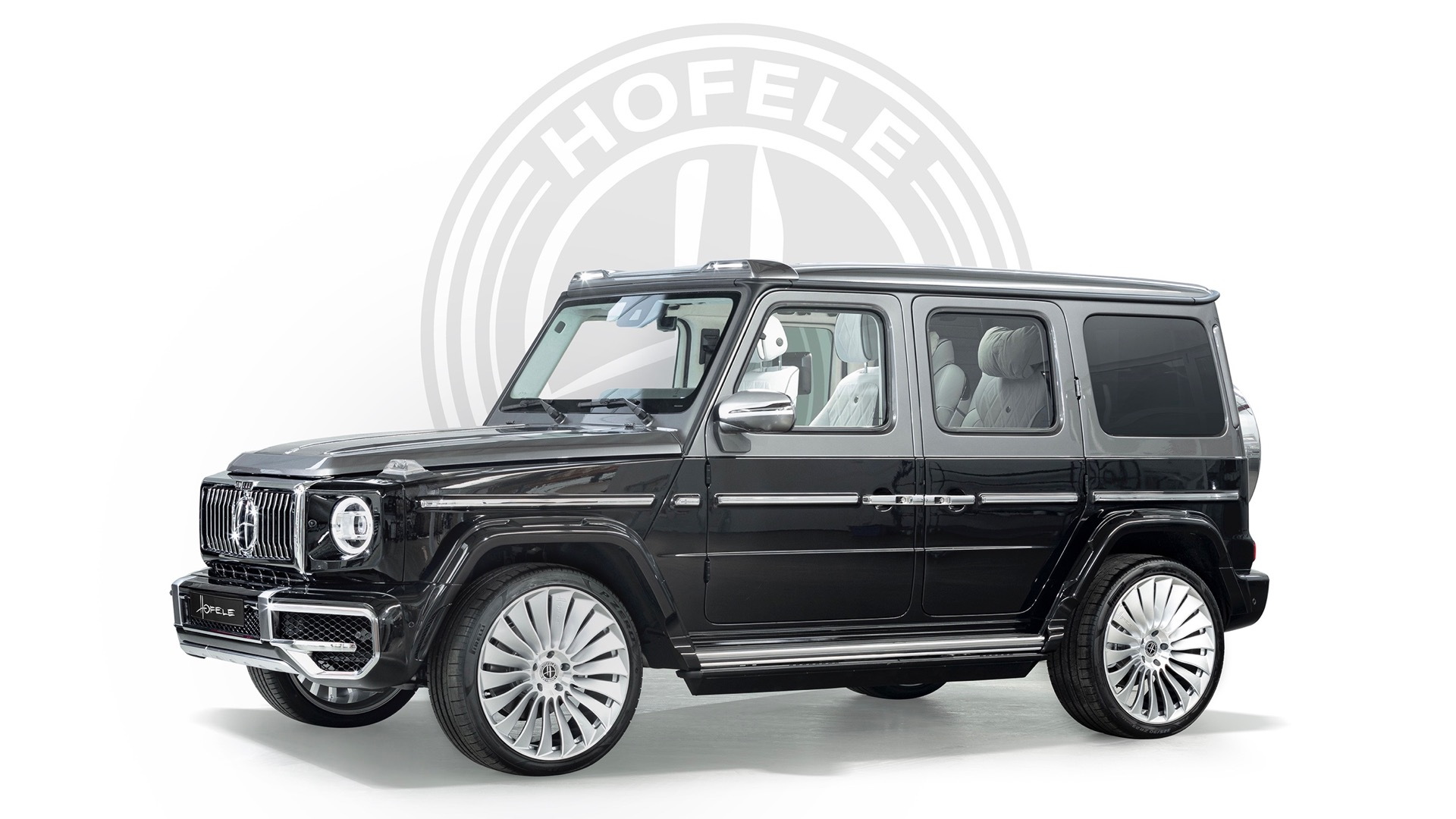 Also known as suicide doors, coach doors were once a popular feature on luxury cars, but they've largely fallen out of favor, unless you're shopping for a Rolls-Royce. In the G-Class, they provide easier ingress and egress for rear-seat passengers, Hofele-Design said in a press release.

The special G-Class was built as an alternative to more traditional limousines. It also gets electrically-deployed side steps to account for the SUV's considerable ground clearance, along with individual rear seats with heating, ventilation, and massage. Upholstery is a mix of Nappa leather and Alcantara. 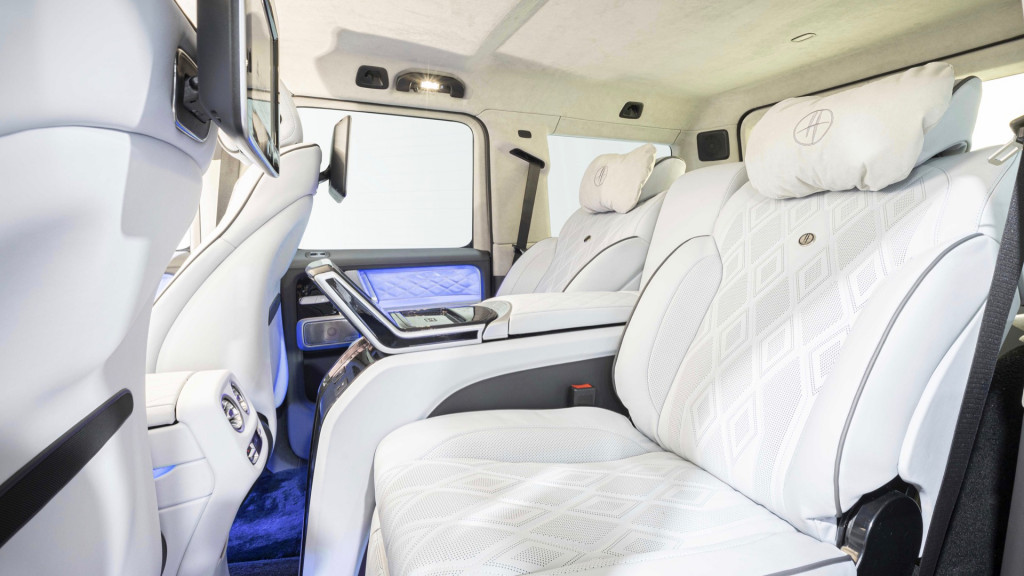 Hofele-Design also added a rear console with a touchscreen to control seat functions, and trimmed the cargo area in piano-black lacquer with aluminum strips.

On the outside, the G-Class gets a custom grille (with the Hofele-Design logo in place of the Mercedes star), a new front bumper, carbon-fiber fender flares, and 23-inch wheels. A chrome spear runs along the side of the SUV, highlighting the side-by-side door handles. Interestingly, Hofele-Design chose colors from other automakers for the two-tone paint scheme, including Carpathian Gray (a Range Rover color) and Crystal Black (from Rolls-Royce).

Hofele-Design works closely with Mercedes, and has focused on the German automaker's cars exclusively since 2018, but it's still an aftermarket tuner. If you want coach doors on a new SUV straight from the factory, check out the Rolls-Royce Cullinan. Rolls is the last automaker to offer coach doors on regular production models, although Lincoln released a limited number of coach-door Continentals just ahead of that model's demise.