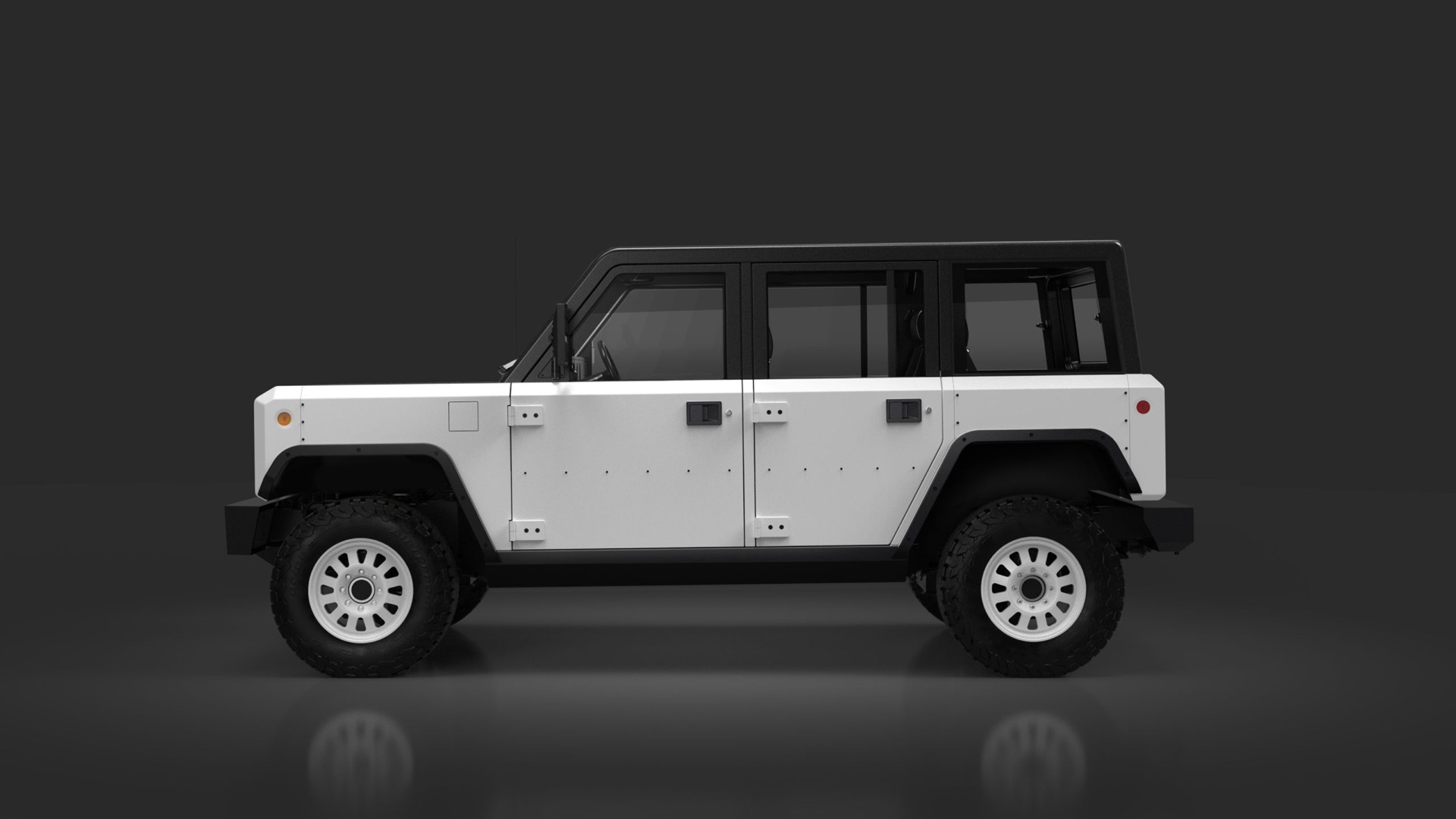 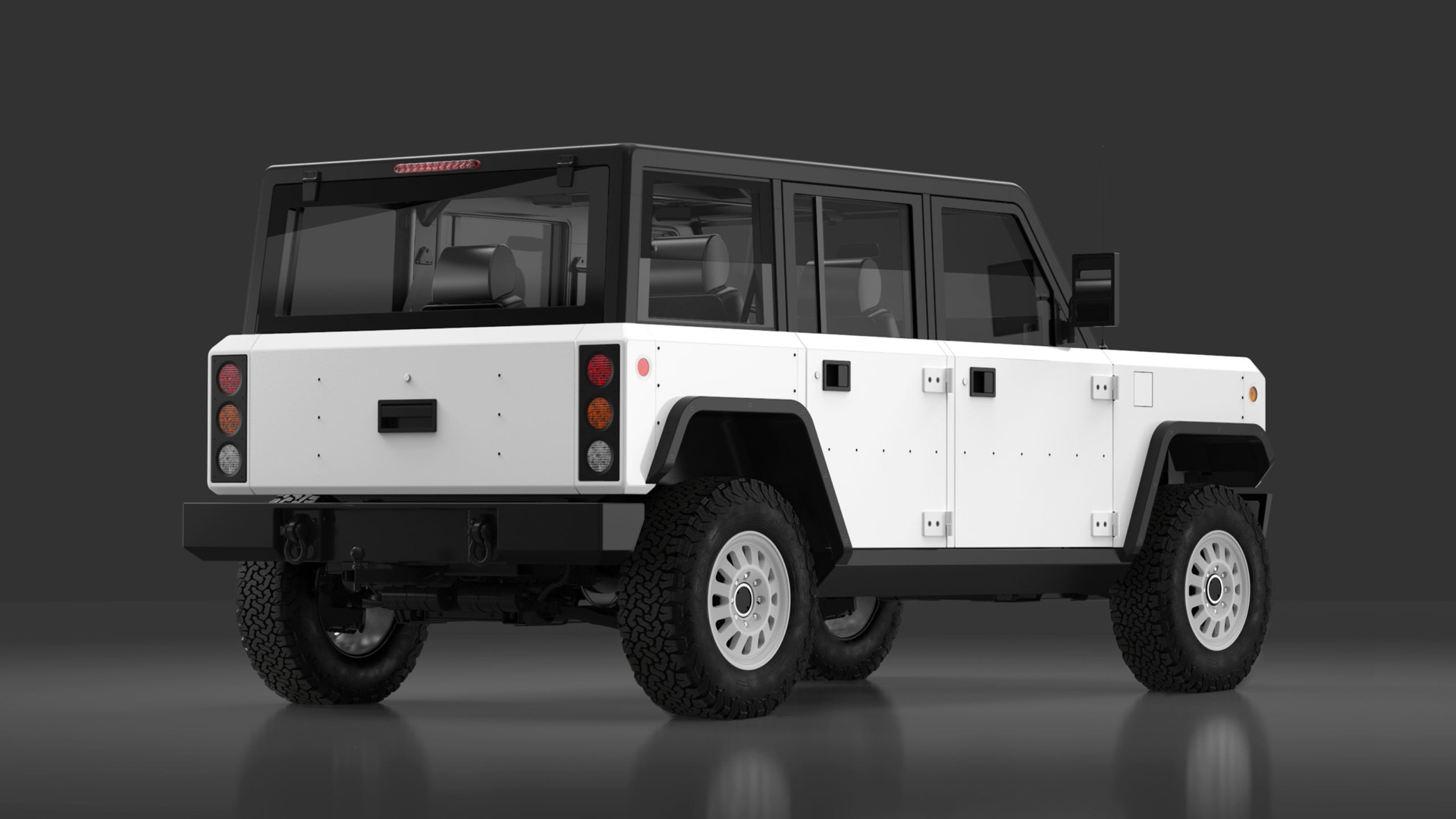 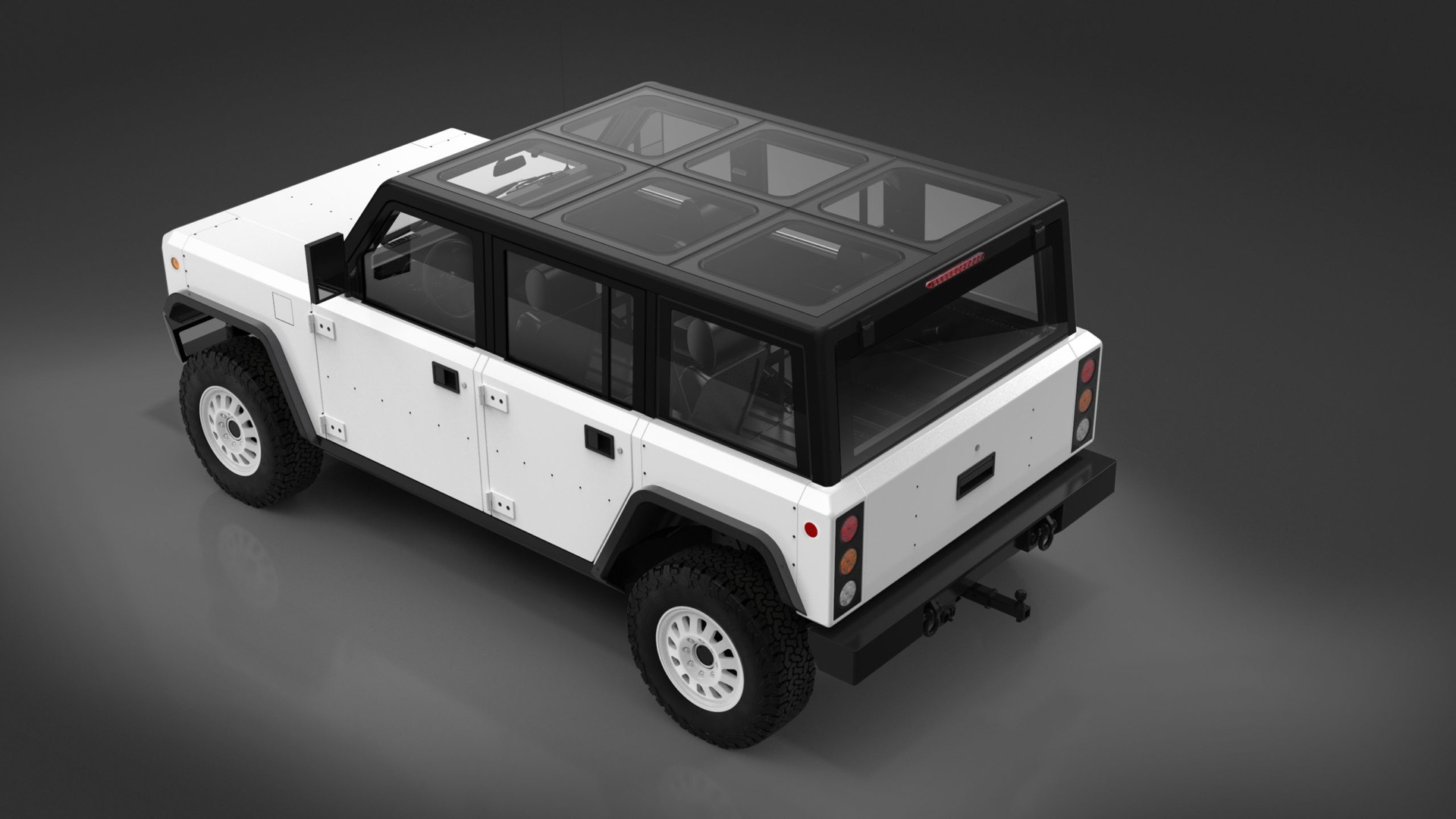 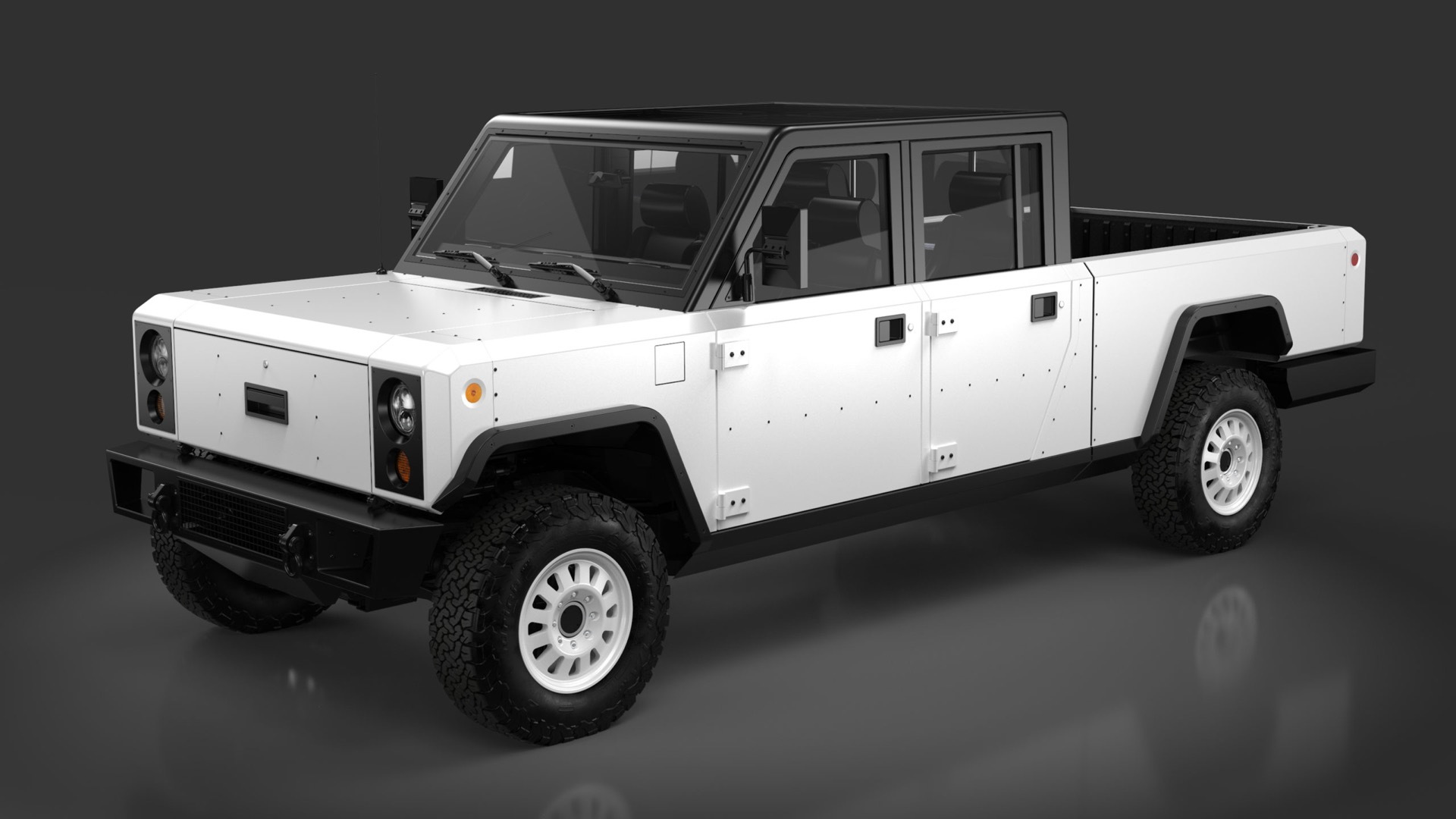 It's been more than three years since American electric vehicle startup Bollinger unveiled designs for its B1 SUV and B2 pickup truck.

Now, as we edge closer to the start of production, Bollinger has revealed what it describes as the “production intent” design for the vehicles.

The new design is still big and burly, though there are noticeable differences that Bollinger has introduced to make the vehicles more suited to everyday use. For instance, the belt line has been raised to increase storage space front and rear. The roof was also moved higher so that the height of the windows wasn't decreased by the rising belt line.

The B-pillar was also moved forward to create a longer rear door, thus making getting in and out easier for rear-seat passengers. And in the case of the B2, the bed is no longer integrated with the cab, making repair or replacement easier as well as making the truck more versatile—Bollinger in April said the B2 would be offered as a chassis cab, allowing for different rears to be fitted.

The B1 and B2 are based on Bollinger's own modular EV platform dubbed the Chass-E. It can accommodate front-, rear- and all-wheel-drive applications, and the wheelbase can also be easily adjusted to suit various body types (a large delivery van has also been shown). Unlike many rival EV platforms, the Chass-E comes with self-leveling suspension and can be fitted with portal axles and front and rear electronic locking differentials for off-road duty. Battery sizes range from 120-180 kilowatt-hours.

Bollinger was originally due to start production by the end of 2020 but the deadline has been pushed back to late 2021. The good news is that Bollinger is sticking to its original pricing which starts at $110,000 for the B2 chassis cab and $125,000 for either the B1 or B2.

But before you place your deposit, note that both vehicles are classified as Class 3 trucks. This means they don't need to be fitted with airbags under Federal Motor Vehicle Safety Standards, according to Bollinger. The company said it meets the necessary safety standards through the use of seat belts. We'll also point out that the vehicles are strict four-seaters, due to a patented center passthrough design that spans the length of the vehicle.