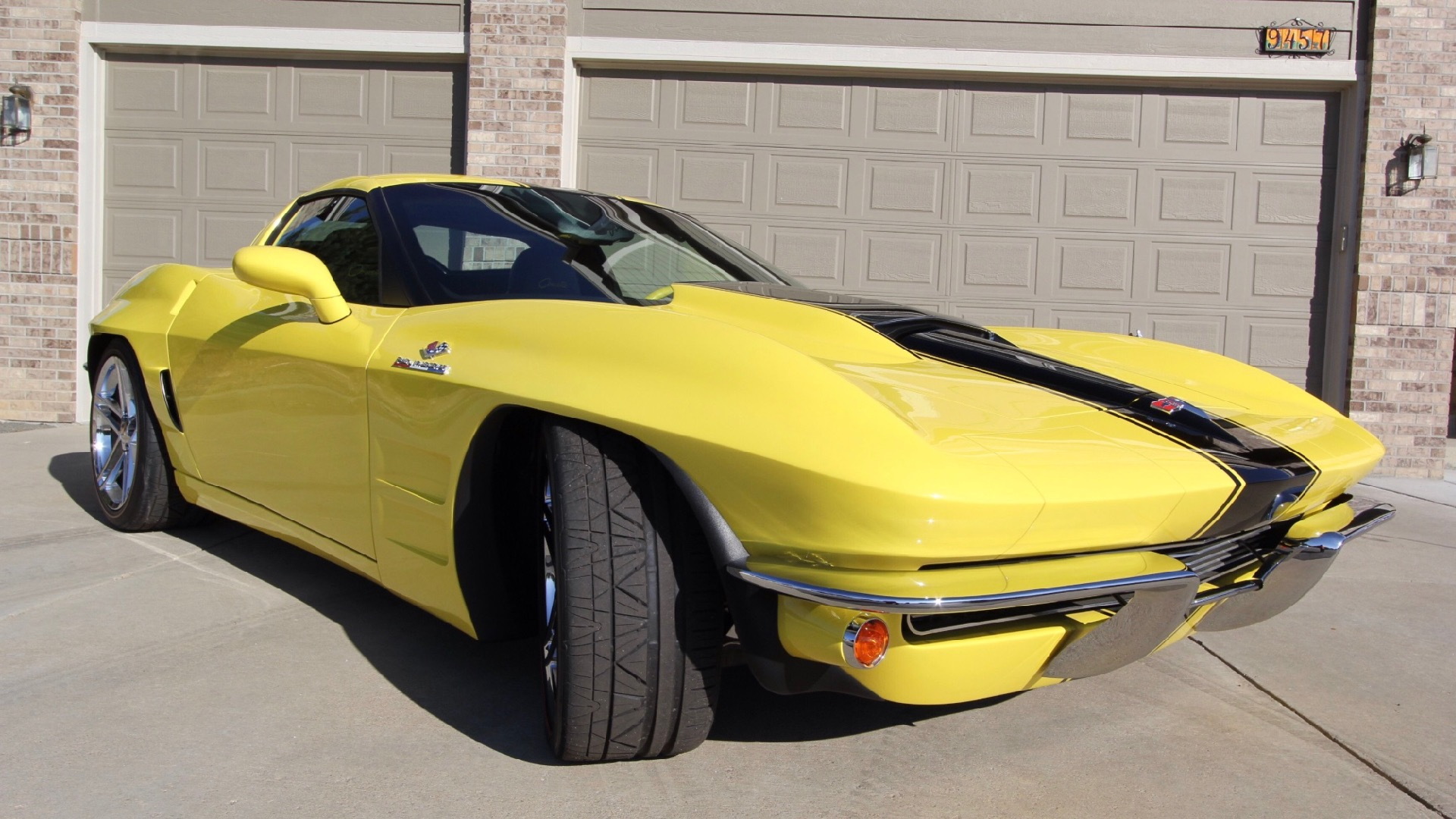 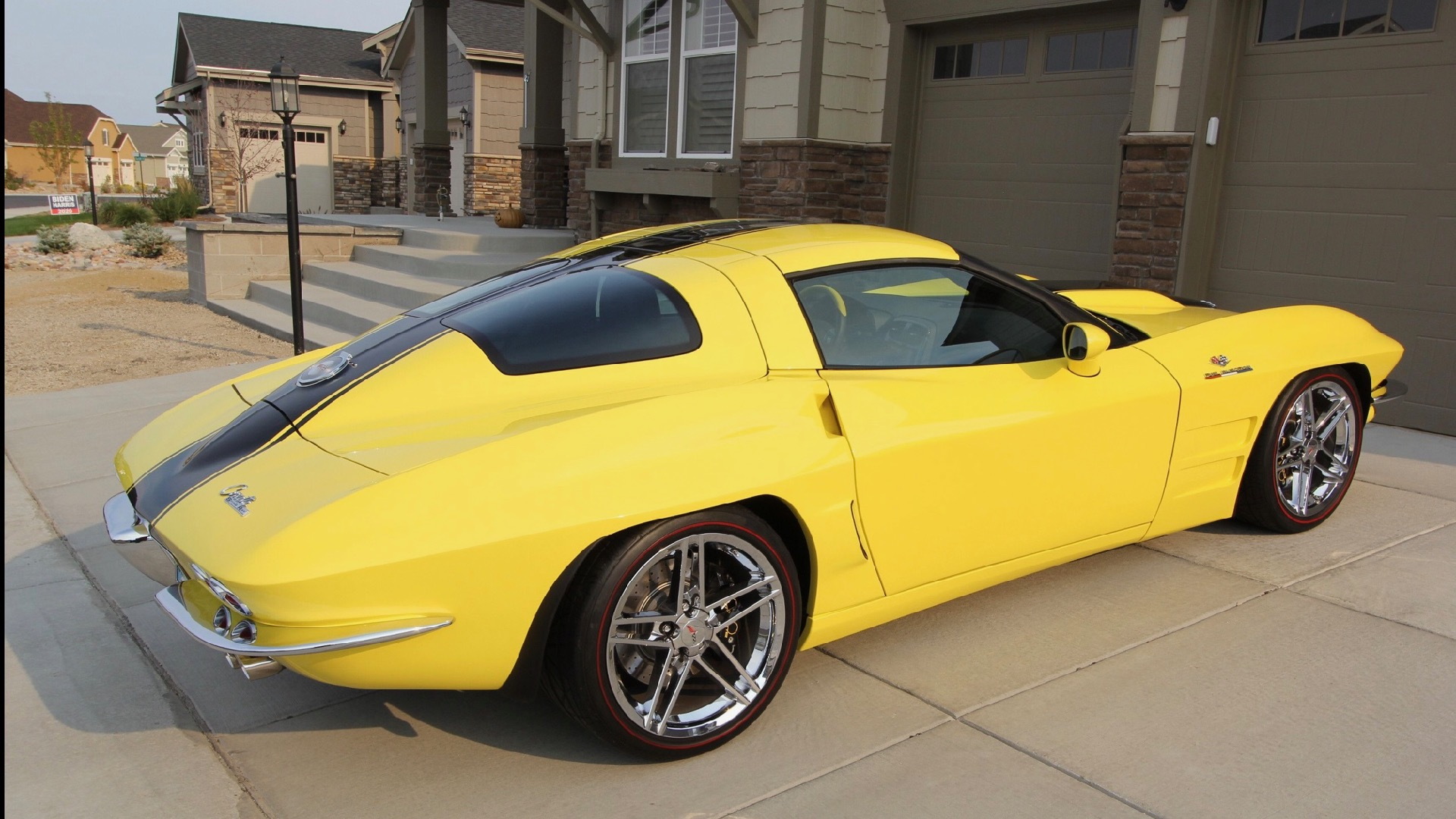 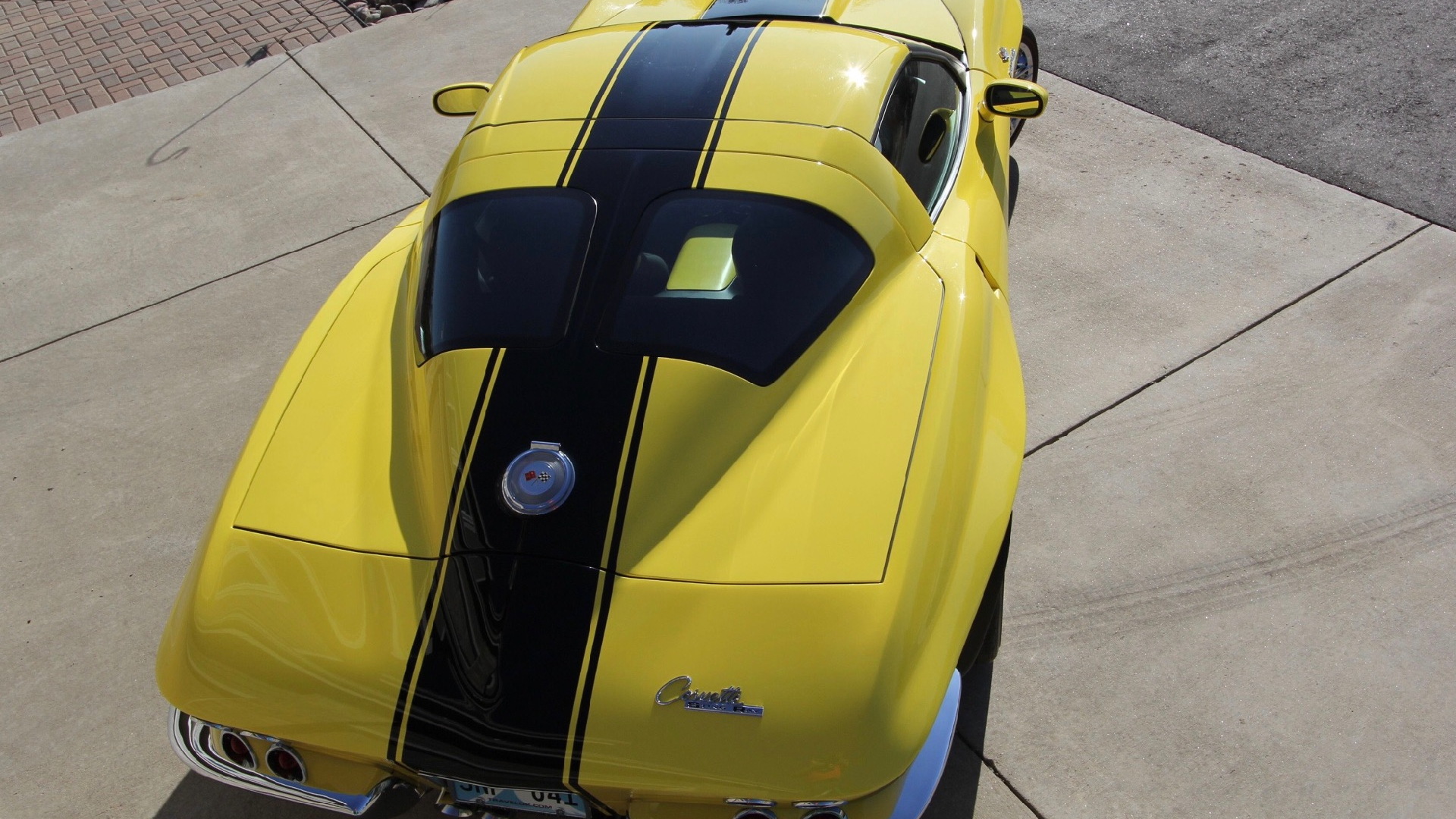 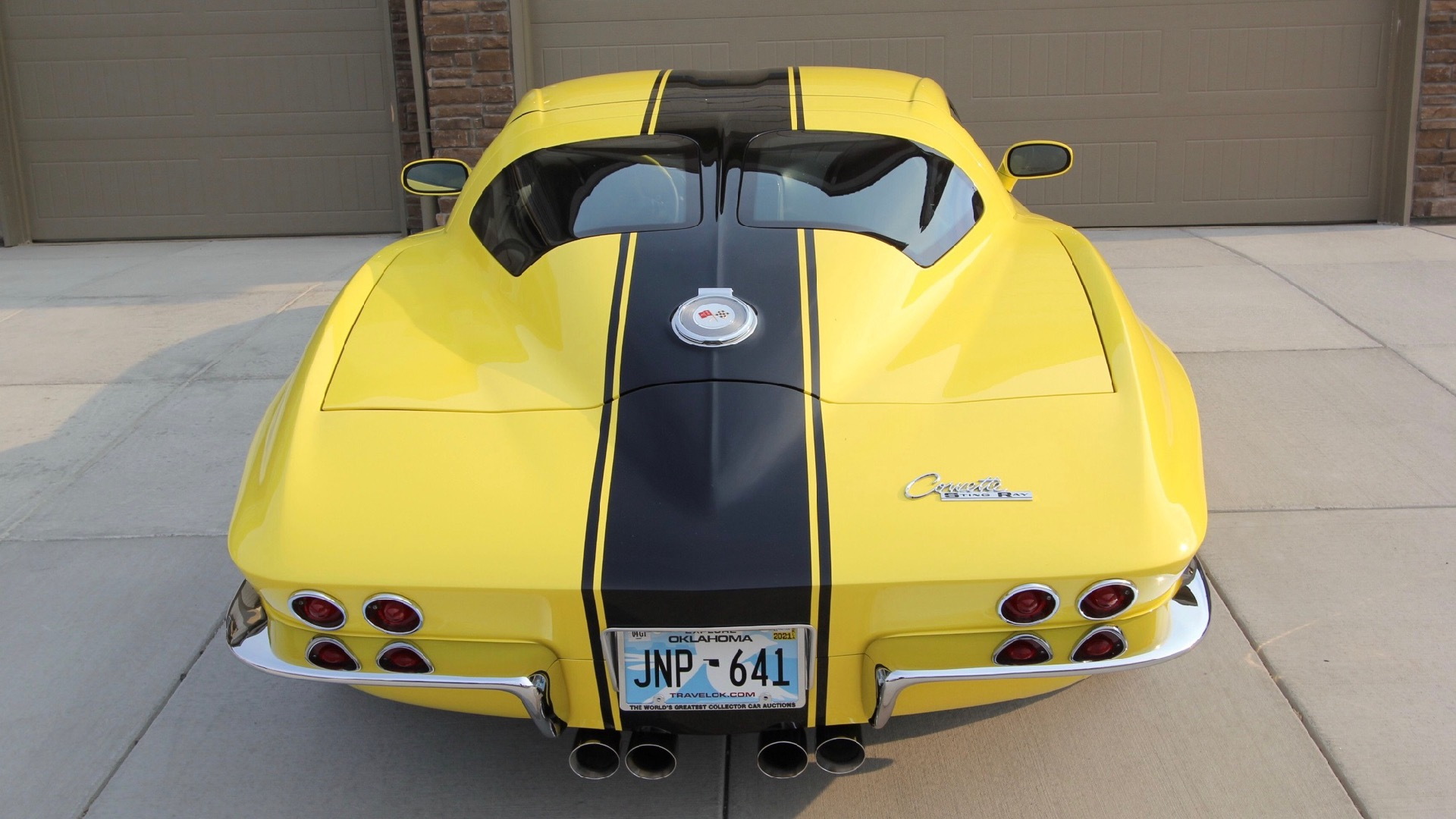 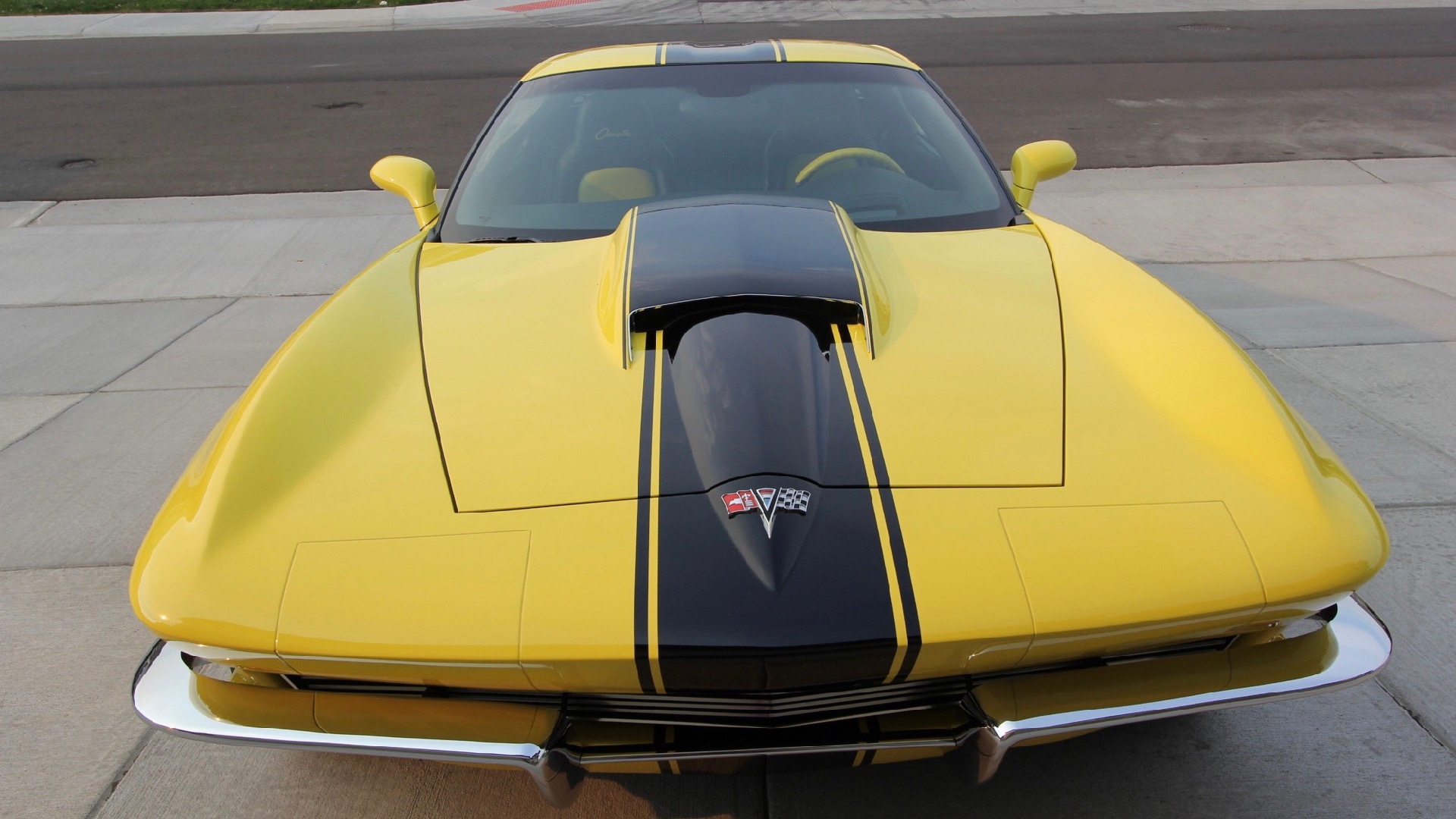 A decade ago, Iowa-based Karl Kustoms launched a modern split-window Corvette based on the then-new C6 'Vette. Now one of those cars is up for sale via Hemmings with a $130,000 asking price.

This particular car is based on a 2010 Chevrolet Corvette Grand Sport with the 3LT option package. Karl Kustoms replaced nearly every exterior panel with bits meant to replicate the C2-generation 1963 Corvette Sting Ray and its one-year-only split rear window. That included separate chrome bumpers, pop-up headlights, and a hood scoop. The stock C6 rear hatch was retained as part of the conversion.

In addition to the retro exterior, the stock LS3 6.2-liter V-8 was given an Edelbrock E-Force supercharger. It makes around 600 horsepower, according to the listing. That power is sent the rear wheels through a 6-speed automatic transmission. The car wears Velocity Yellow paint with a black center stripe, and C6 Z06-style wheels.

In contrast to the exterior, the interior is largely stock C6 Corvette, with some yellow trim to match the exterior. Because this car left the factory with the 3LT package, it sports a Bose seven-speaker audio system, a head-up display, heated and power-adjustable front seats, and a memory system for the driver's seat and mirrors.

After 10 years, the car shows just 1,573 miles on the odometer. It's presented with a clean Oklahoma title in the seller's name, according to the listing. When these cars were new, Karl Kustoms listed them between $110,000 and $170,000, so the asking price for this split-window doesn't assume much depreciation.

Just 250 of these conversions were done, according to the listing, so if nothing else, this is a rare find. But maybe that's for the best.