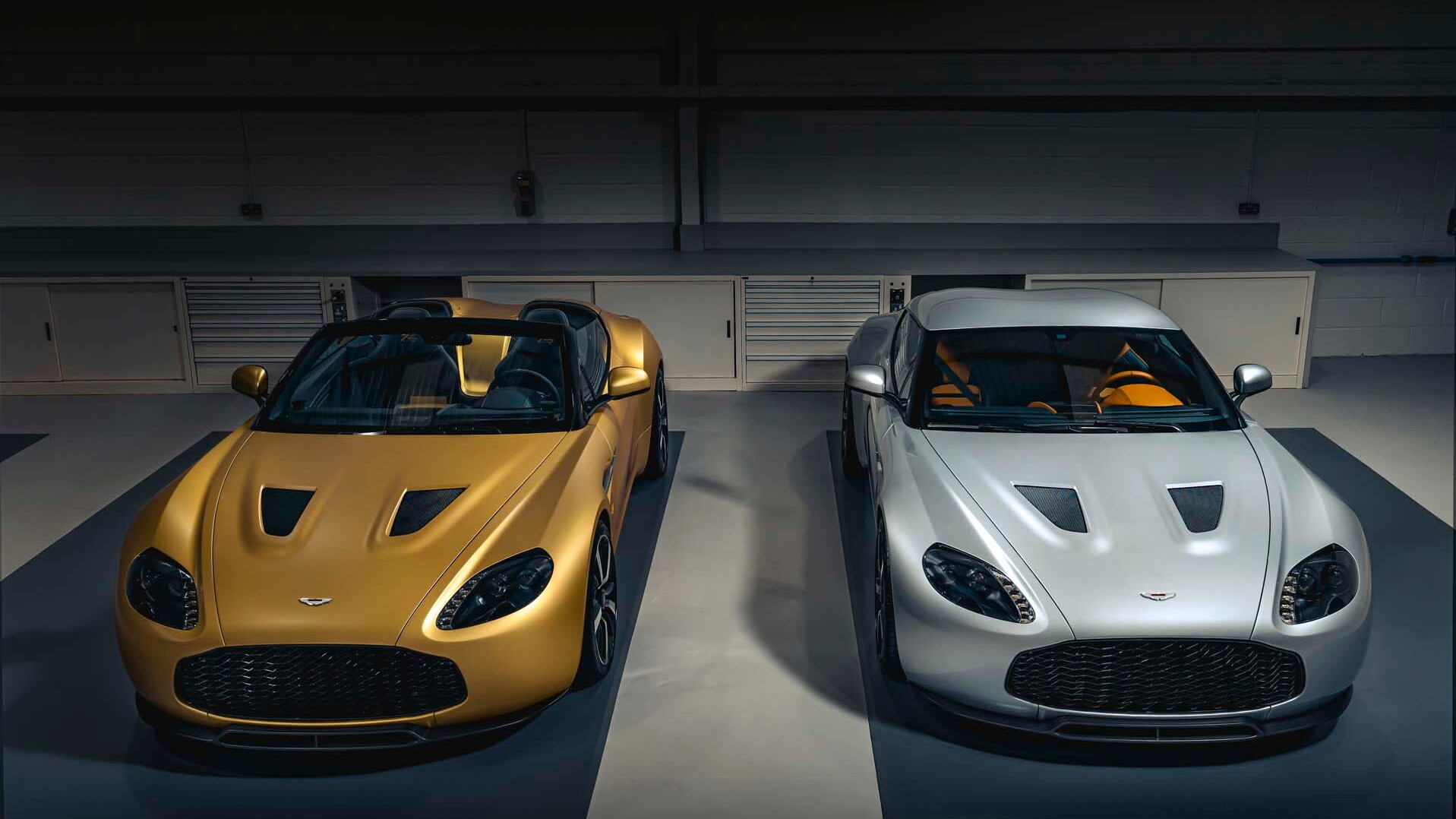 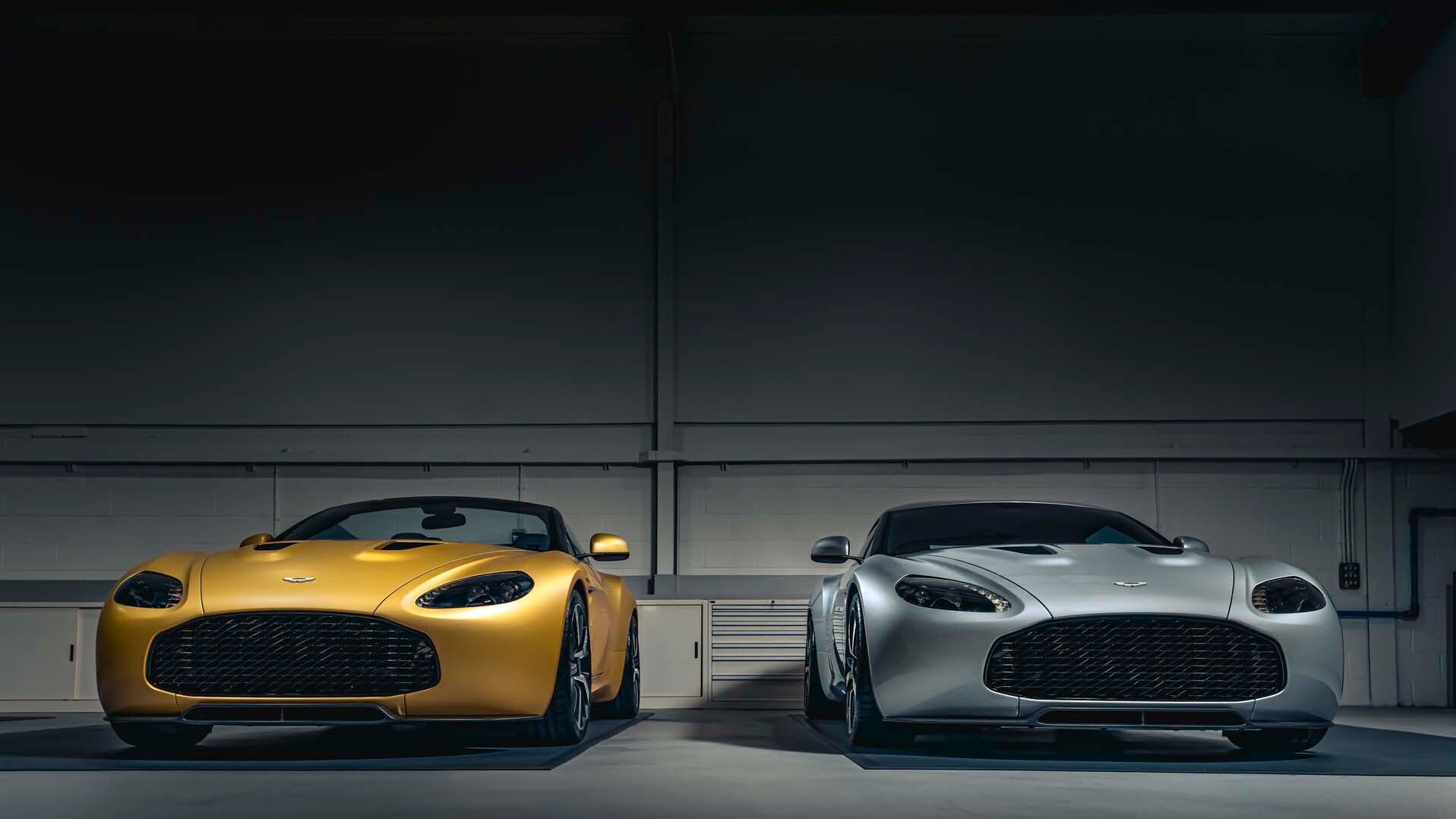 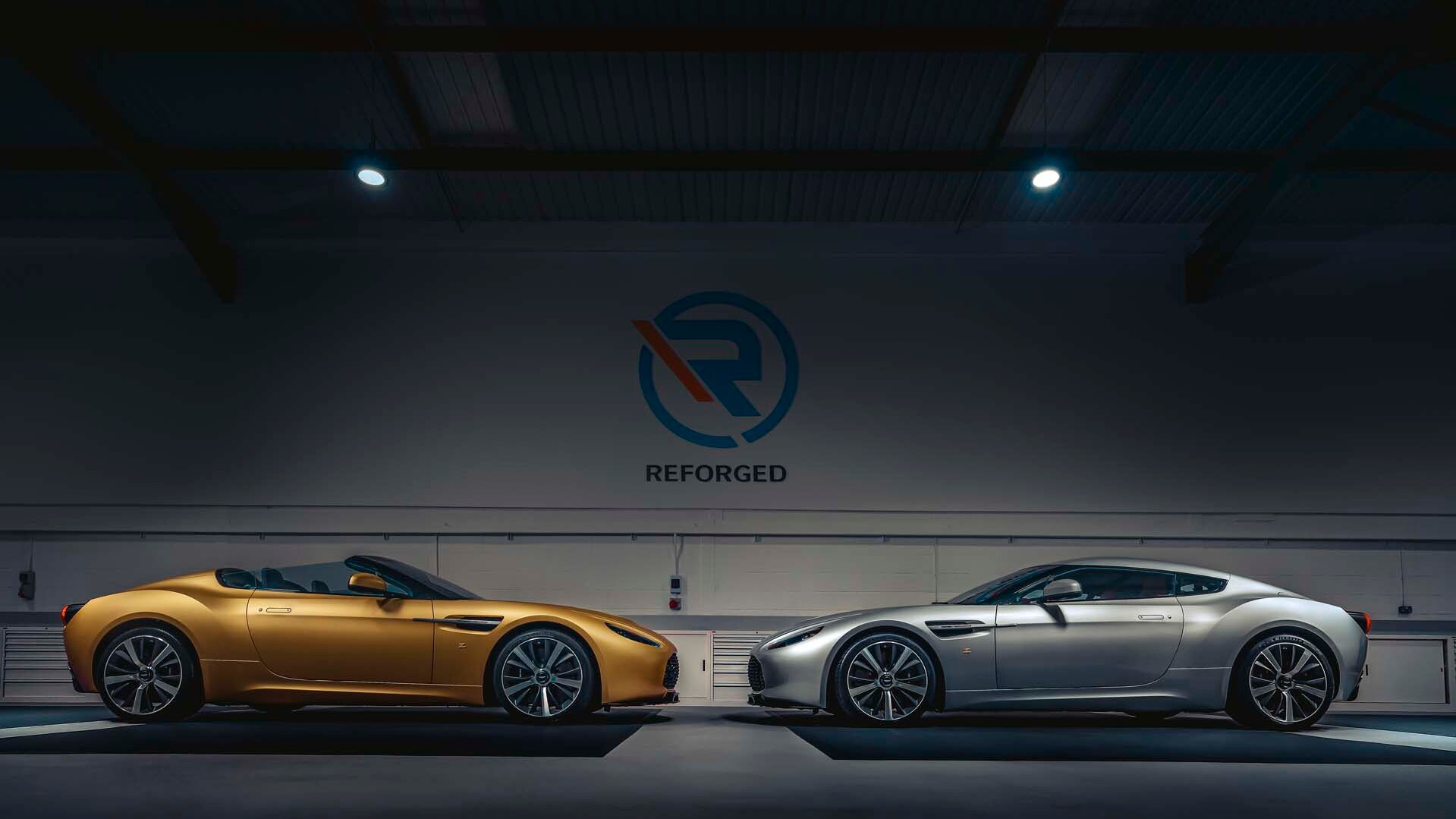 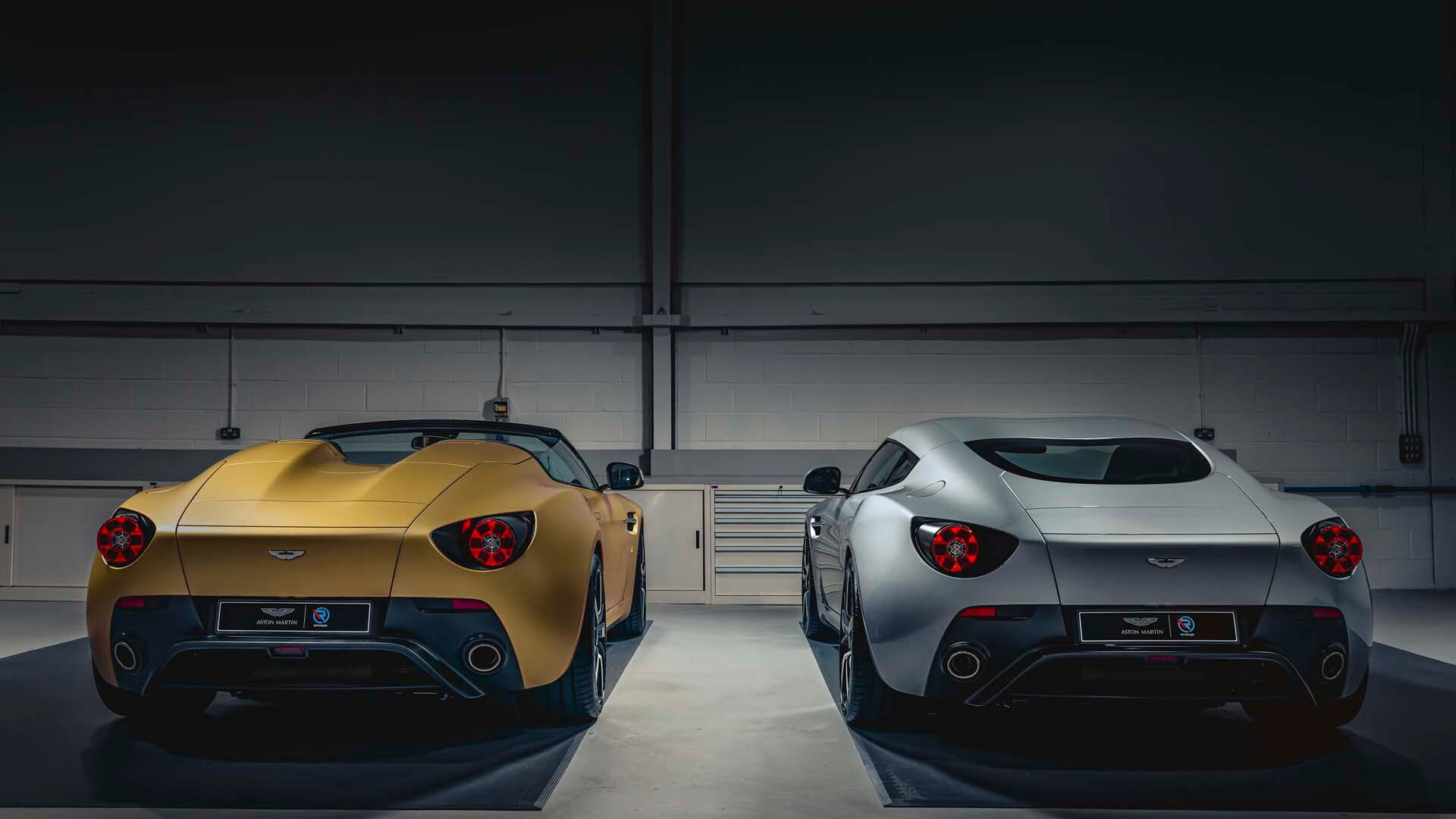 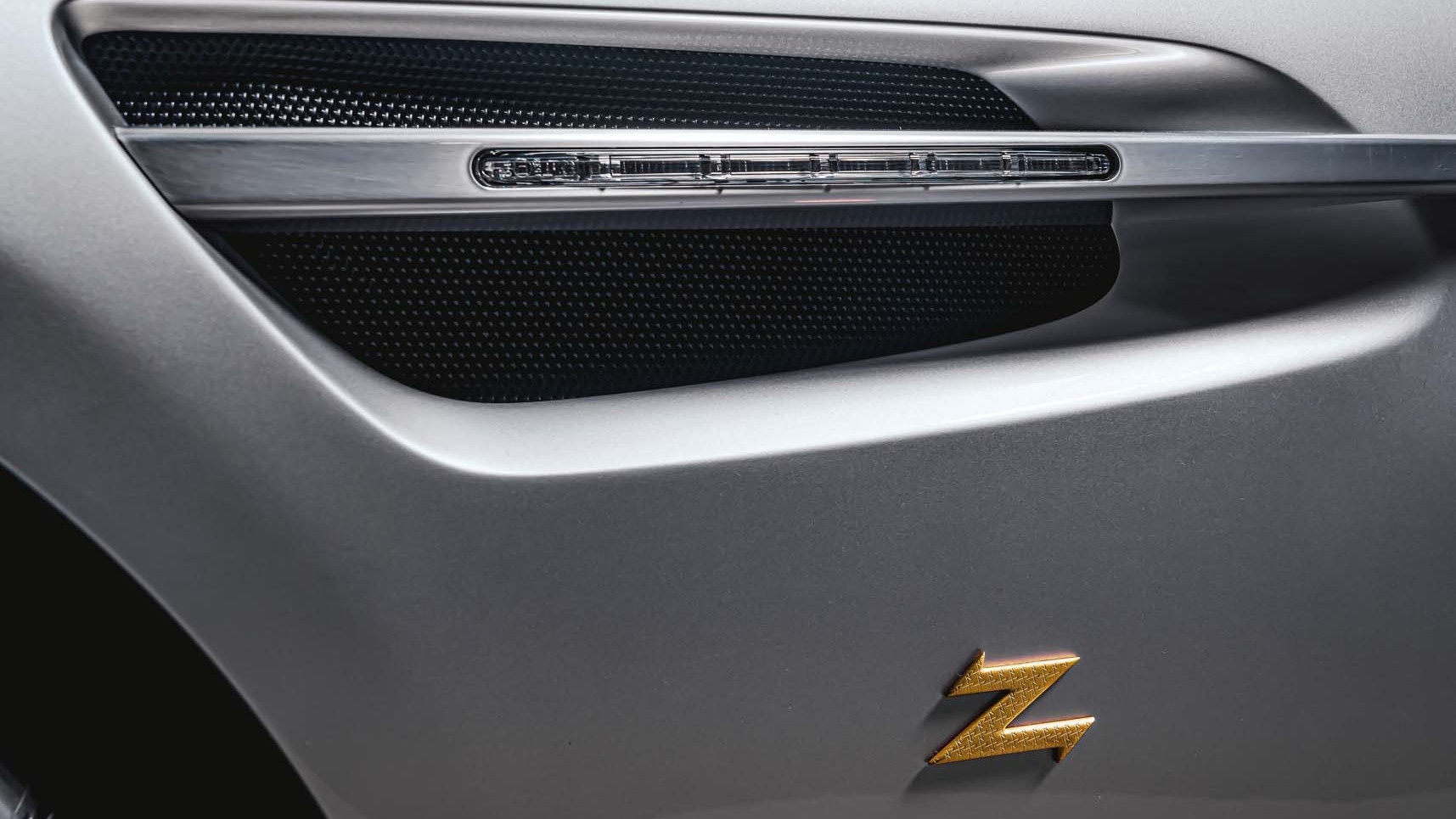 Even a decade on, the Aston Martin V12 Zagato has what it takes to get the juices flowing. The agressive yet restrained lines, V-12 engine, and manual transmission certainly make for a winning combination, though sadly just 150 were built for road use. Now you have to chance to own a new example.

In April, R-Reforged, an arm of Swiss race team AF Racing, announced plans to build 38 more examples under license, using donor V12 Vantage chassis. The 38 cars will be split evenly between the original coupe body style and a new speedster version inspired by the more recent Vanquish Zagato speedster, with each coupe and speedster to be sold as a matching pair to 19 well-heeled customers. Together, they're known as the Aston Martin Vantage V12 Zagato Heritage Twins by R-Reforged, and the first completed pair was shown Thursday.

The first pair isn't for a customer. Instead, the cars are prototype versions that will end up in the private collection of Zagato, the Italian coachbuilder that designed and built the original V12 Zagato in 2011 to the mark 50th anniversary of when Aston Martin and Zagato first worked together on the DB4GT Zagato. The specification for this first pair was chosen by Zagato CEO Andrea Zagato and his wife Marella.

“The essence of this project was to create a perfect garage, comprising two desirable and collectable cars, Andrea Zagato said in a statement.

With the completion of the prototypes, final testing can take place. The prototypes will be used to determine the final geometry, damper settings and spring settings for the suspension. The testing will take place at a racetrack in Spain in early 2021.

Following this final round of development, R-Reforged will move on to building customer examples—with each car requiring a team of 12 roughly 16 weeks to complete. The cars will be built at R-Reforged's facility in the United Kingdom and feature numerous upgrades over the original design. The list includes a new front splitter, active rear wing, titanium exhaust, and a fully carbon body. Buyers also have the option to order the carbon-fiber body with an exposed weave.

The cars will also benefit from tweaks made to Aston Martin's 6.0-liter V-12 in the years following the release of the original V12 Zagato. It means peak power will be 600 horsepower, up from the original 510-hp rating. Also unique to the modern cars will be their 19-inch center-lock wheels which come from Formula One supplier APP Tech.

Note, Zagato itself is working on its own new Aston Martin creation. The car is the DBS GT Zagato based on the Aston Martin DBS Superleggera.