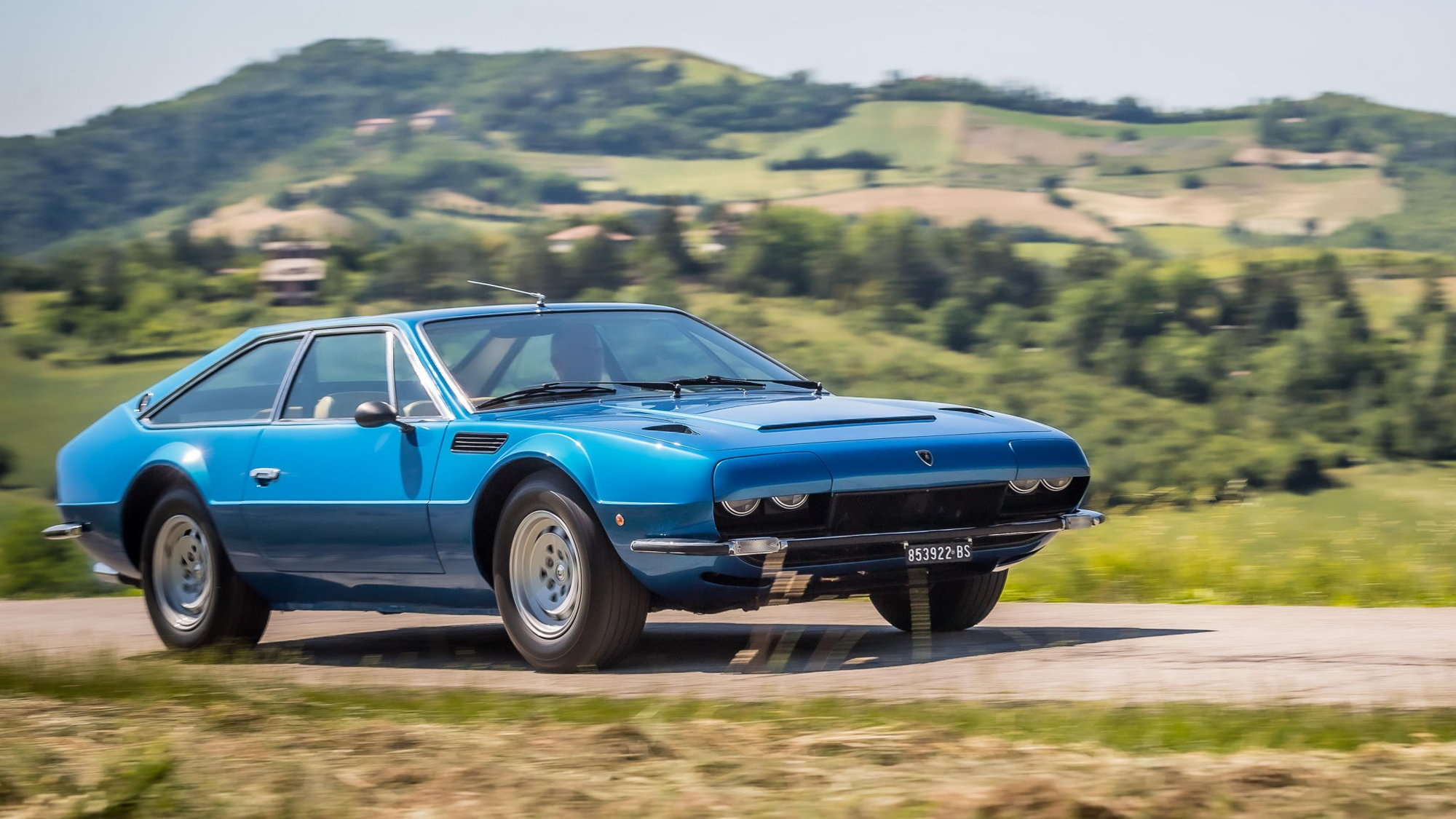 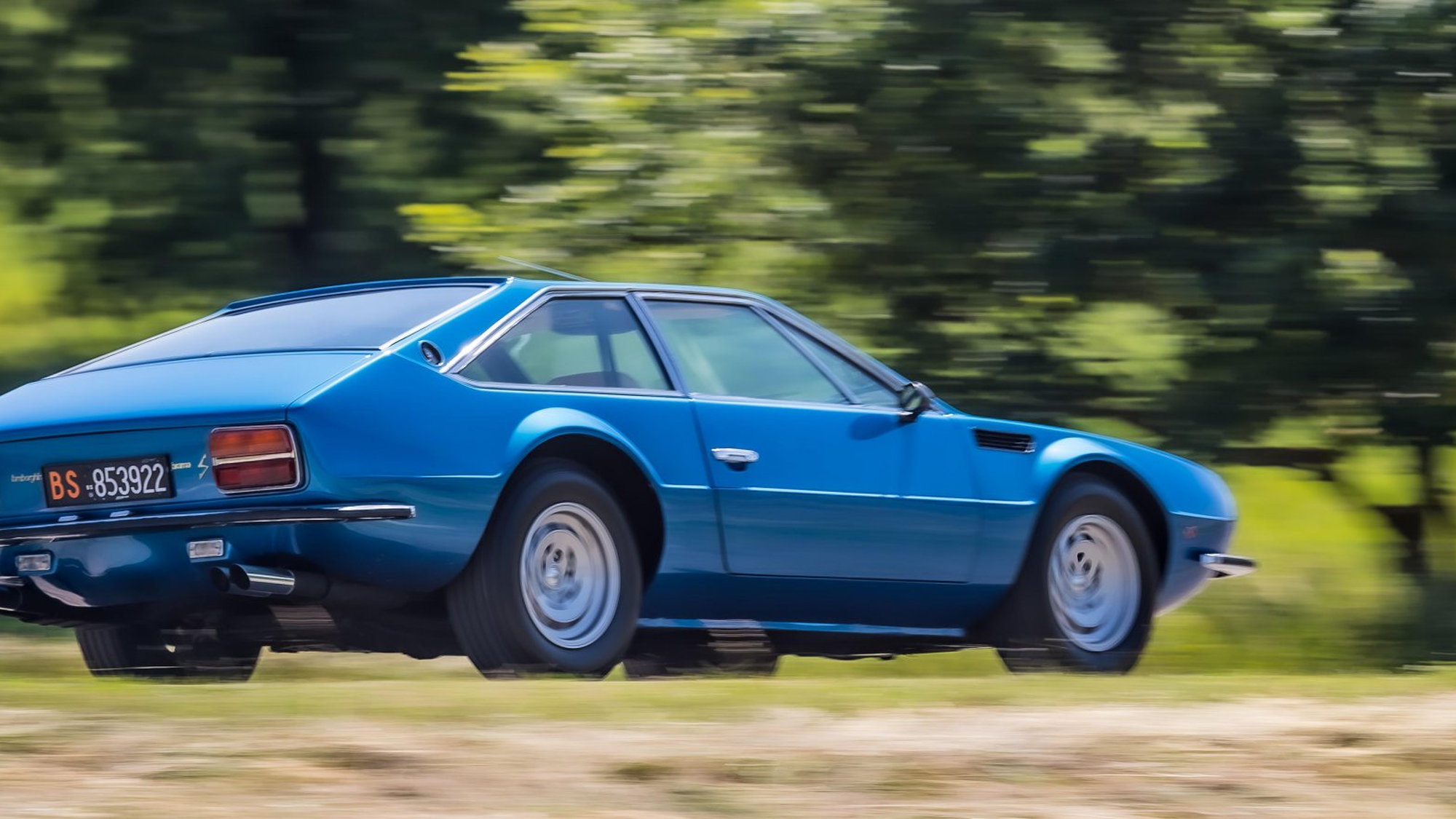 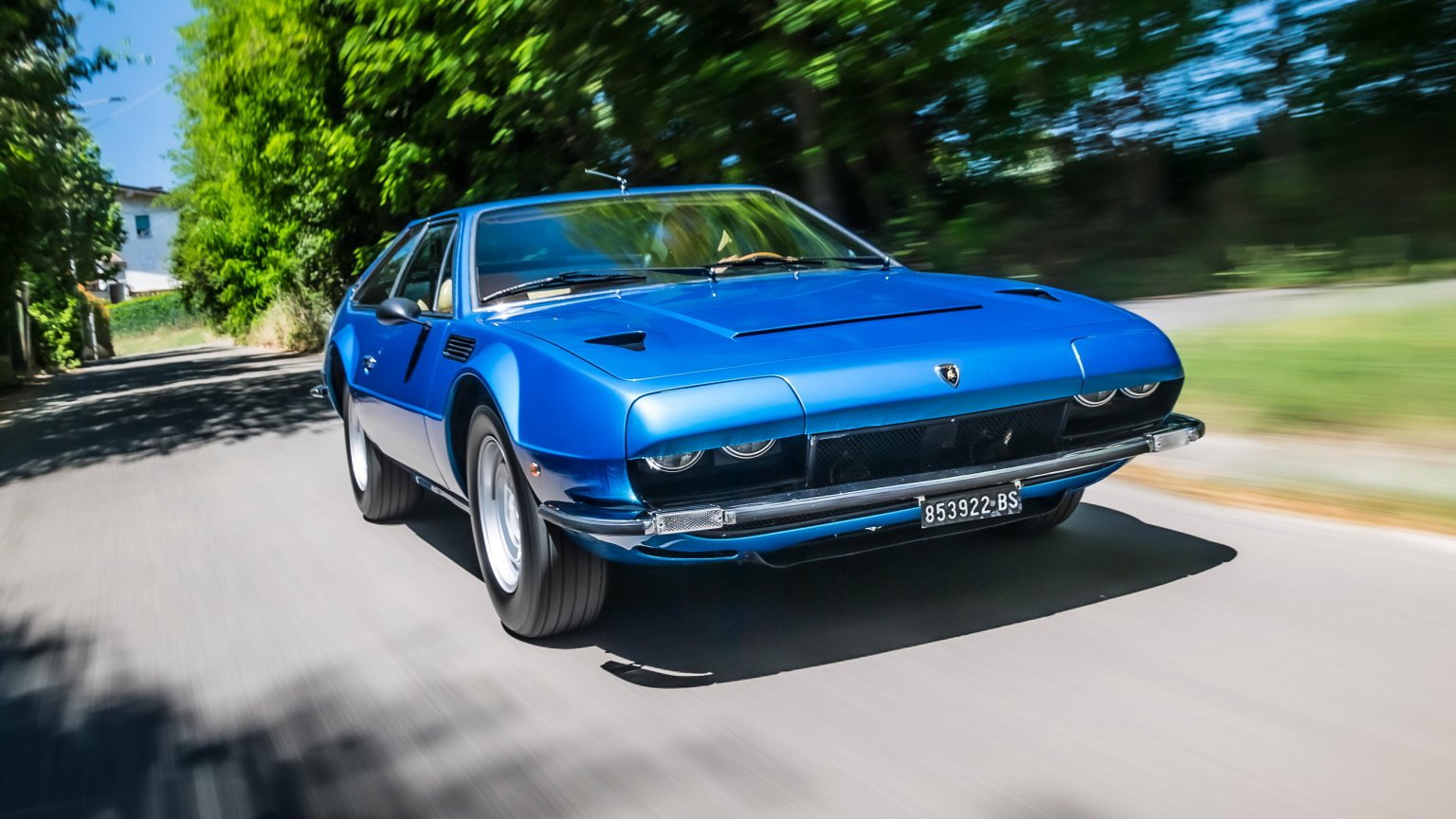 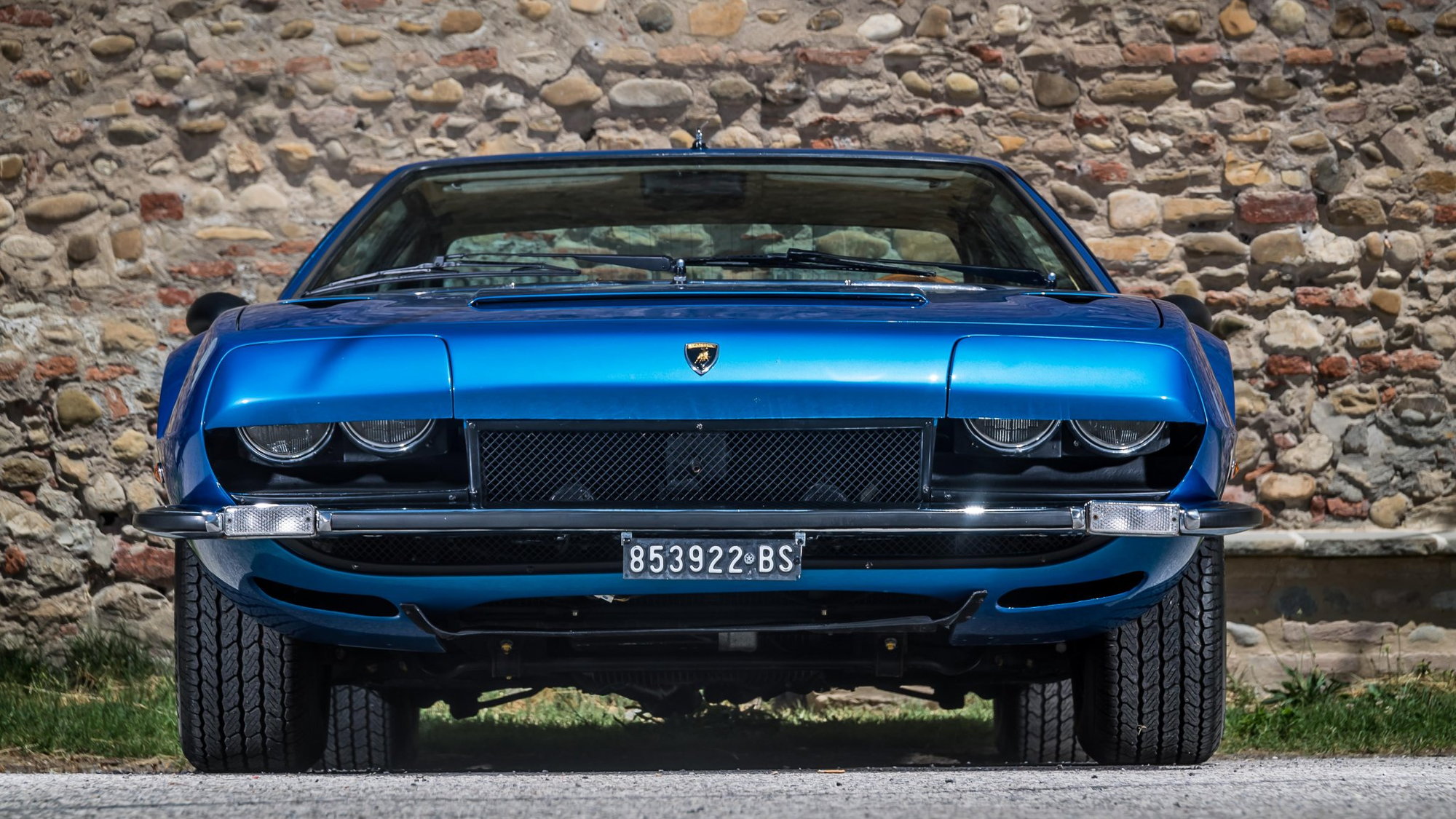 Jarama — a river in Spain, a region just north of Madrid where Nationalist and Republic forces battled during the Spanish Civil War, the name of the first purpose-built (in 1969) race track in Spain, a famous breed of fighting bulls, and the nameplate Lamborghini placed on 328 sports cars produced between 1970 and 1976.

The car, officially the Lamborghini Jarama GT, was unveiled at the Geneva Motor Show in March 1970 and was, its maker notes, “the latest evolution of the company’s 2+2 grand touring sedan concept, with a V12-cylinder, 4-liter front-mounted engine.”

Technically based on the earlier Lamborghini 400 GT and Islero, the Jarama had coachwork designed at Carrozzeria Bertone by Marcello Gandini. “Taut and angular lines” were the design theme and fit right in with the styling trends of the 1970s. 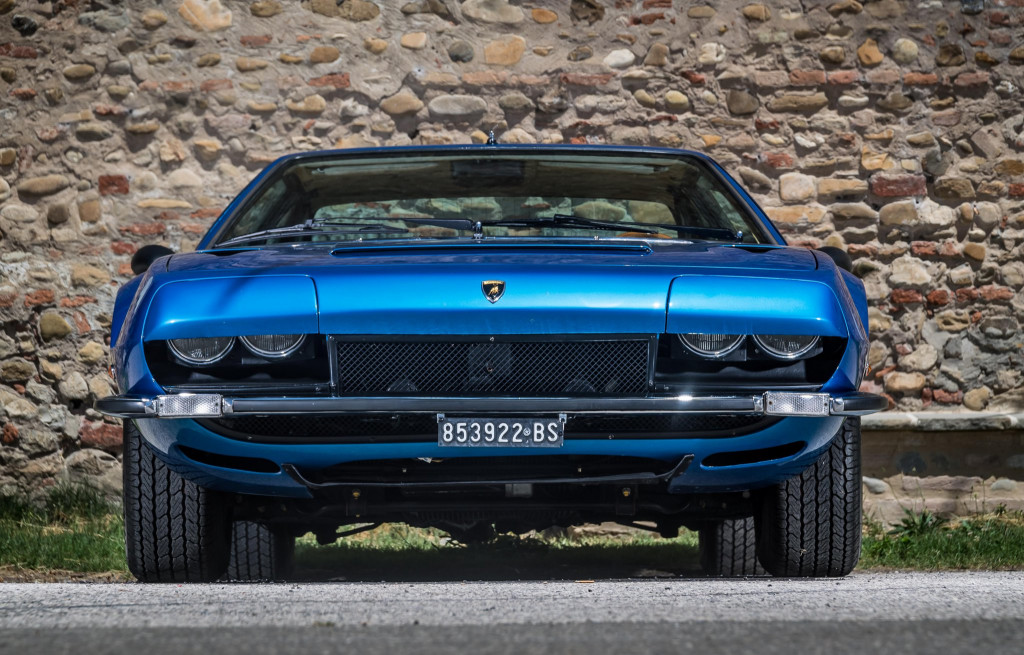 Though its heritage was the 400 GT and Islero, the Jarama chassis was updated, its track was wider, and the cars featured large and ventilated disc brakes at each corner, with 15-inch Campagnolo magnesium wheels.

As it celebrates the Jarama GT’s 50th anniversary, Lamborghini notes that the car was powered by a 350-horsepower V12 engine with 6 Weber carburetors, and was capable of speeds up to 161 mph.

The cars had leather seating, were aid-conditioned, and as Lamborghini points out, offered not only a comfortable passenger compartment and a “spacious” trunk, at least for a sports car. 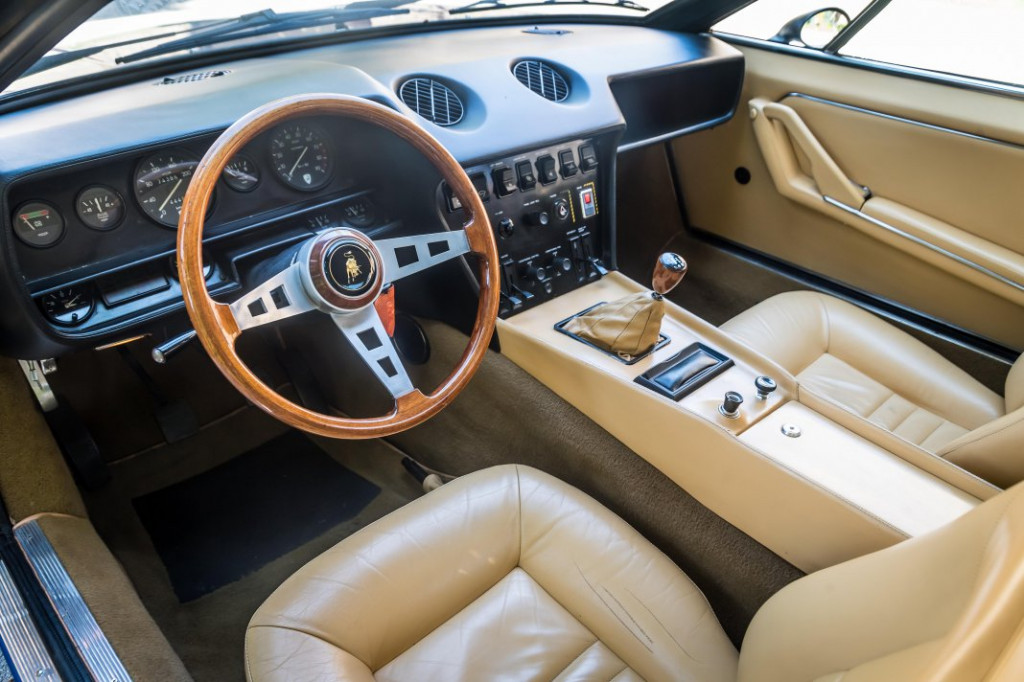 The Jarama GT was produced, in 176 units, from 1970 into 1973 while a GTS version, with 365 horsepower, was built from 1972 to 1976, and in 152 units. The GTS had a transverse air intake in its hood and two air outlets behind the front wheel wells. It also had a redesigned dashboard and revised front seats that provided more room anyone sitting behind. The GTS wheels were alloy, not magnesium, and lacked the central nut.

The Jarama, Lamborghini adds, “is an important model in Lamborghini’s history, not only for its beauty – which has not lost its charm over the last 50 years – but because it was the last front-engined grand tourer proposed by the company.”

With the exception of the LM002 and Urus sport utility vehicles, future Lamborghinis would have rear/mid-engine architecture.