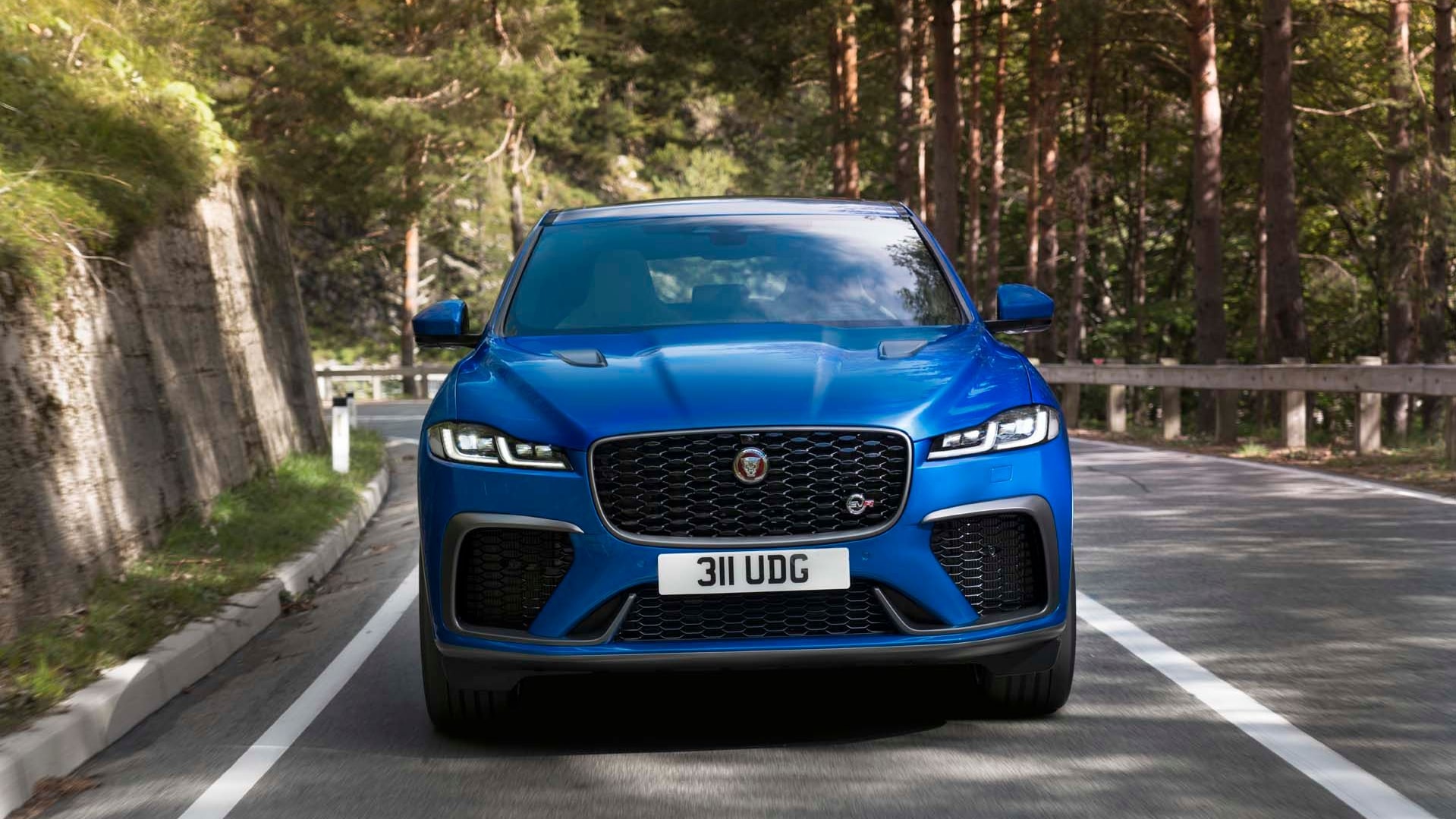 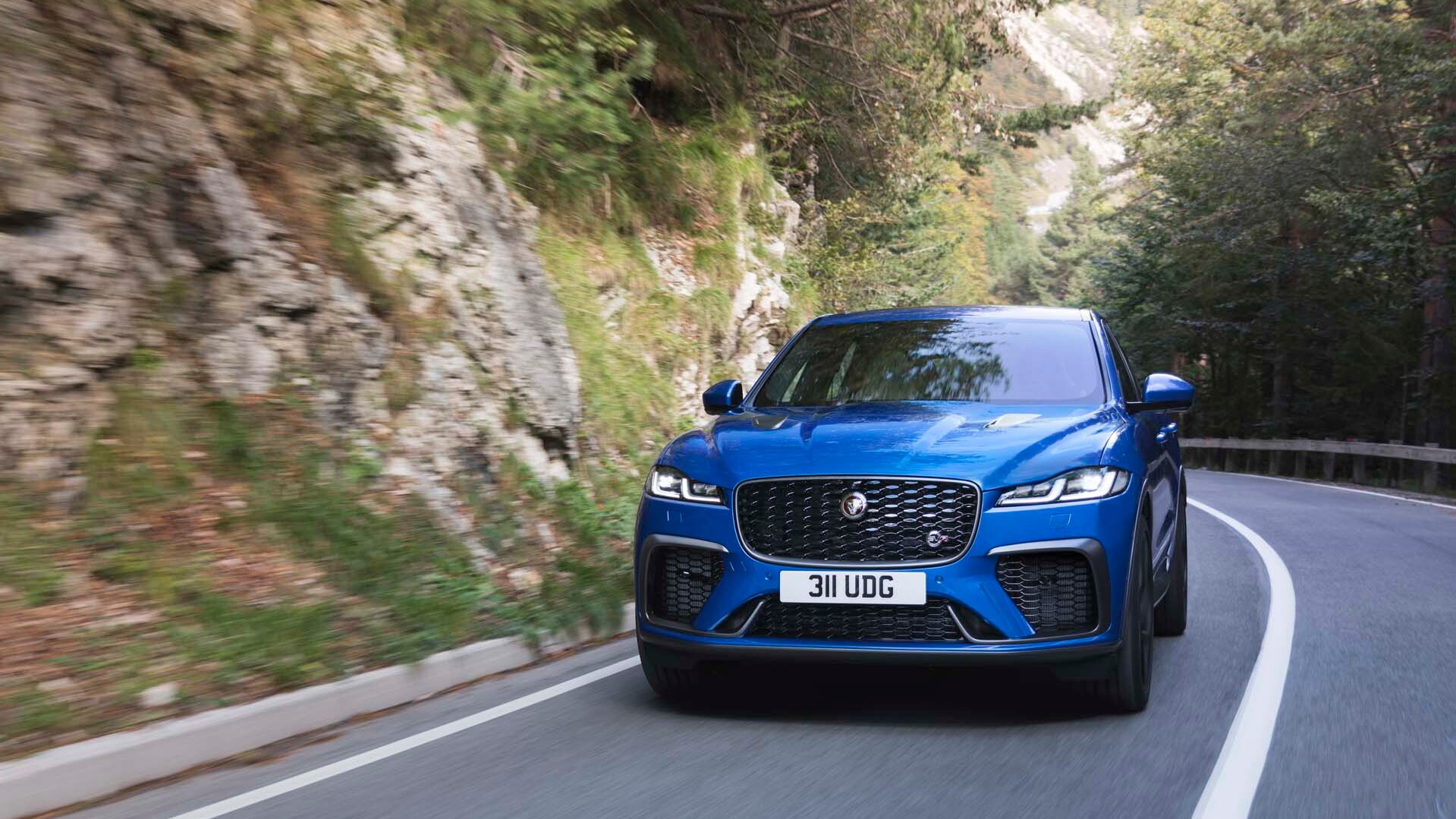 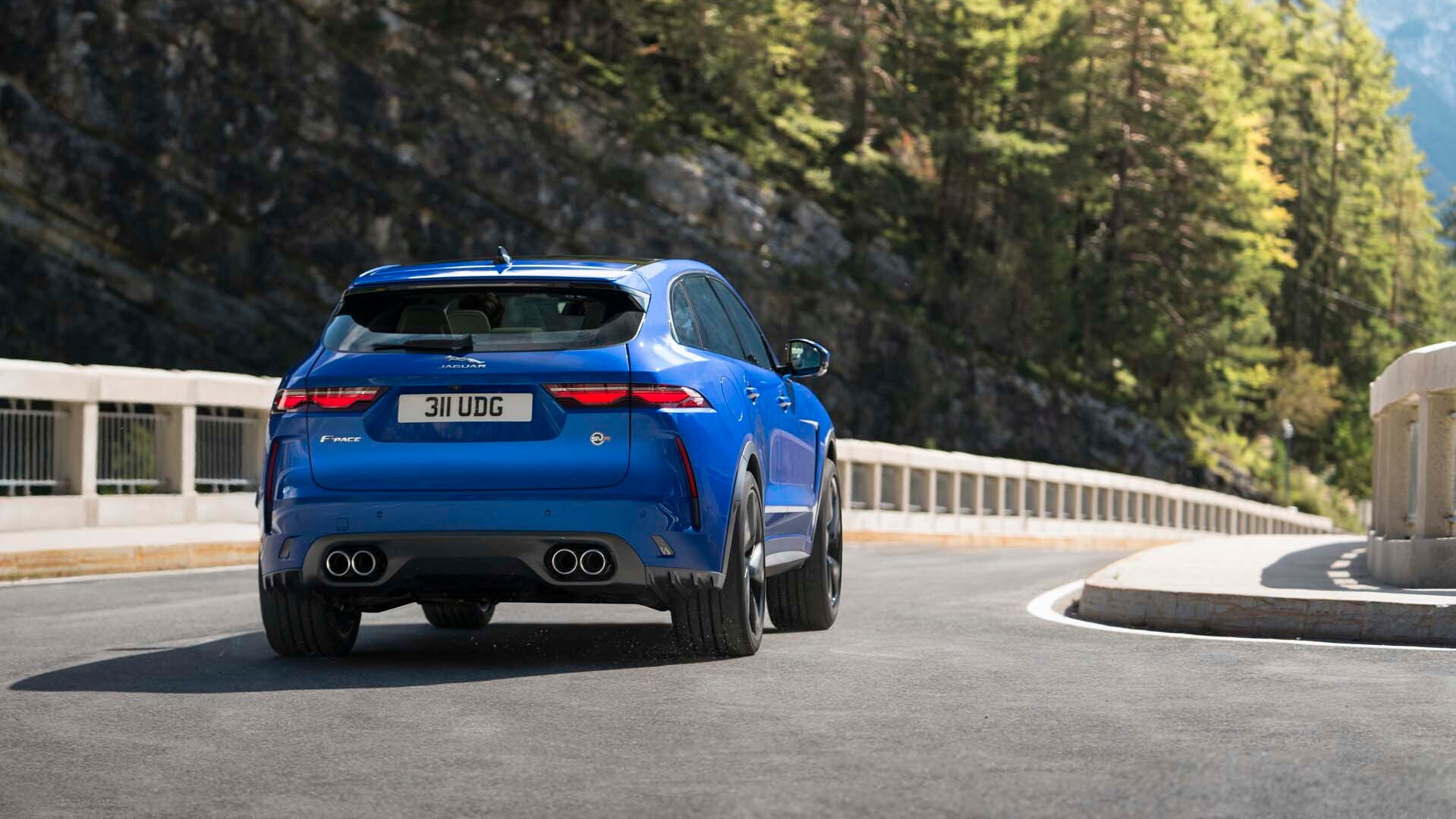 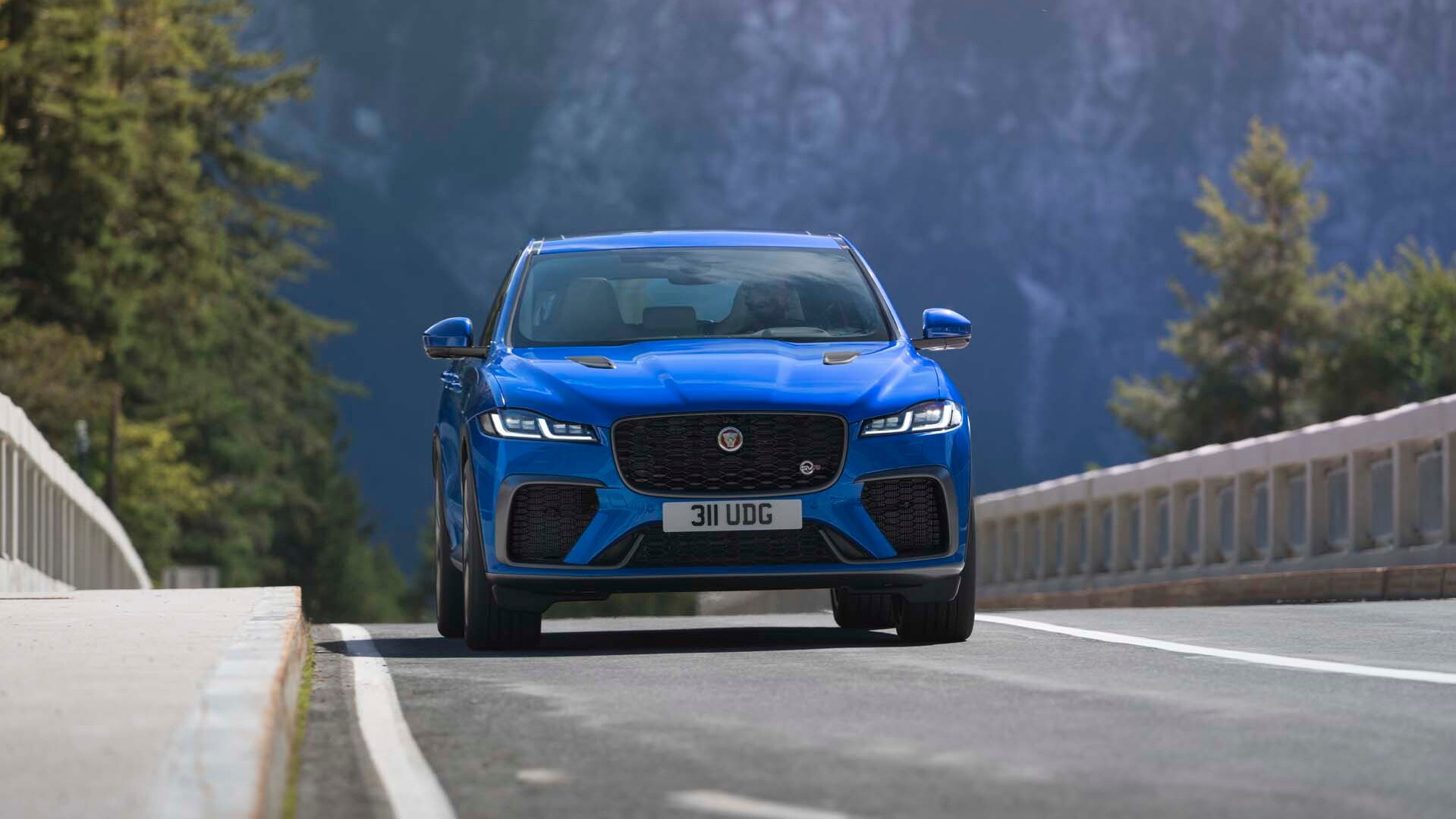 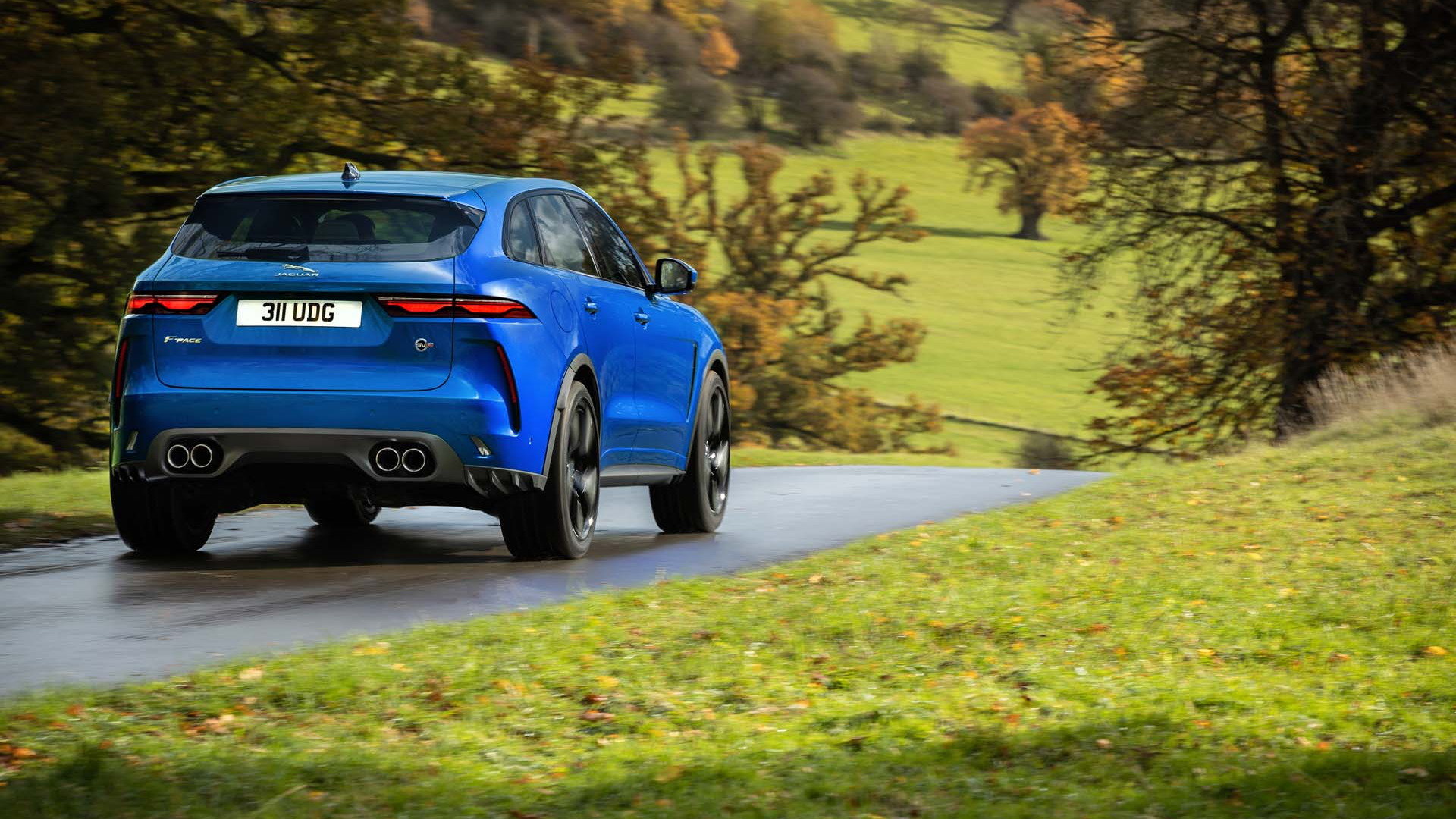 Jaguar has an updated F-Pace on the way to showrooms for the 2021 model year, and on Tuesday the automaker revealed that the F-Pace SVR performance range-topper will sport its own tweaks.

Right off the bat we'll tell you there isn't any extra horsepower, which is understandable as the current F-Pace SVR is already the most powerful in its class, but there is extra torque. Output from the updated F-Pace SVR's 5.0-liter supercharged V-8 registers at 550 horsepower and 516 pound-feet of torque—an increase of 14 lb-ft over the current model's numbers.

This has resulted in improved performance, with Jaguar quoting a 0-60 mph time of 3.8 seconds and a top speed of 178 mph. That's an improvement of 0.3 seconds in the 0-60 run and an extra 2 mph in top speed compared to the current model.

The 8-speed automatic transmission and various dynamics systems have also benefited from incremental tweaks. For instance, the transmission now sports the torque converter from the limited-edition XE SV Project 8, allowing it to handle the extra grunt from the V-8. A new launch control feature has also been added. Called Dynamic Launch, this uses driveline inertia to maintain power to the wheels during gear changes.

In the ride and handling department, tuning of the adaptive dampers and bushings means the drive is now comfier at low speeds. A new power steering system provides improved response, and the brakes are also more responsive—and feature a shorter brake pedal—thanks to a new power booster and various recalibrations. Drive is still to all four wheels.

Changes to the exterior are hard to spot but the headlights are slimmer, and there's a new front fascia with improved cooling and aerodynamic characteristics. These characteristics include a 35% improvement in downforce at the front axle together with a reduction in drag.

As is the case with the regular F-Pace, the interior of the updated F-Pace SVR has been overhauled. A new dash is dominated by a large touchscreen display in the center stack. It's an 11.4-inch curved-glass display that serves as the hub for a new, simpler infotainment system Jaguar calls Pivi Pro. A second, 12.3-inch screen serves as the digital instrument cluster, while a more conventional shifter has replaced the current model's rotary dial. An SVR steering wheel, as well as leather and Alcantara trim are all standard.

Pricing will be announced closer to the market launch next year but for reference the current F-Pace SVR starts at $80,985.