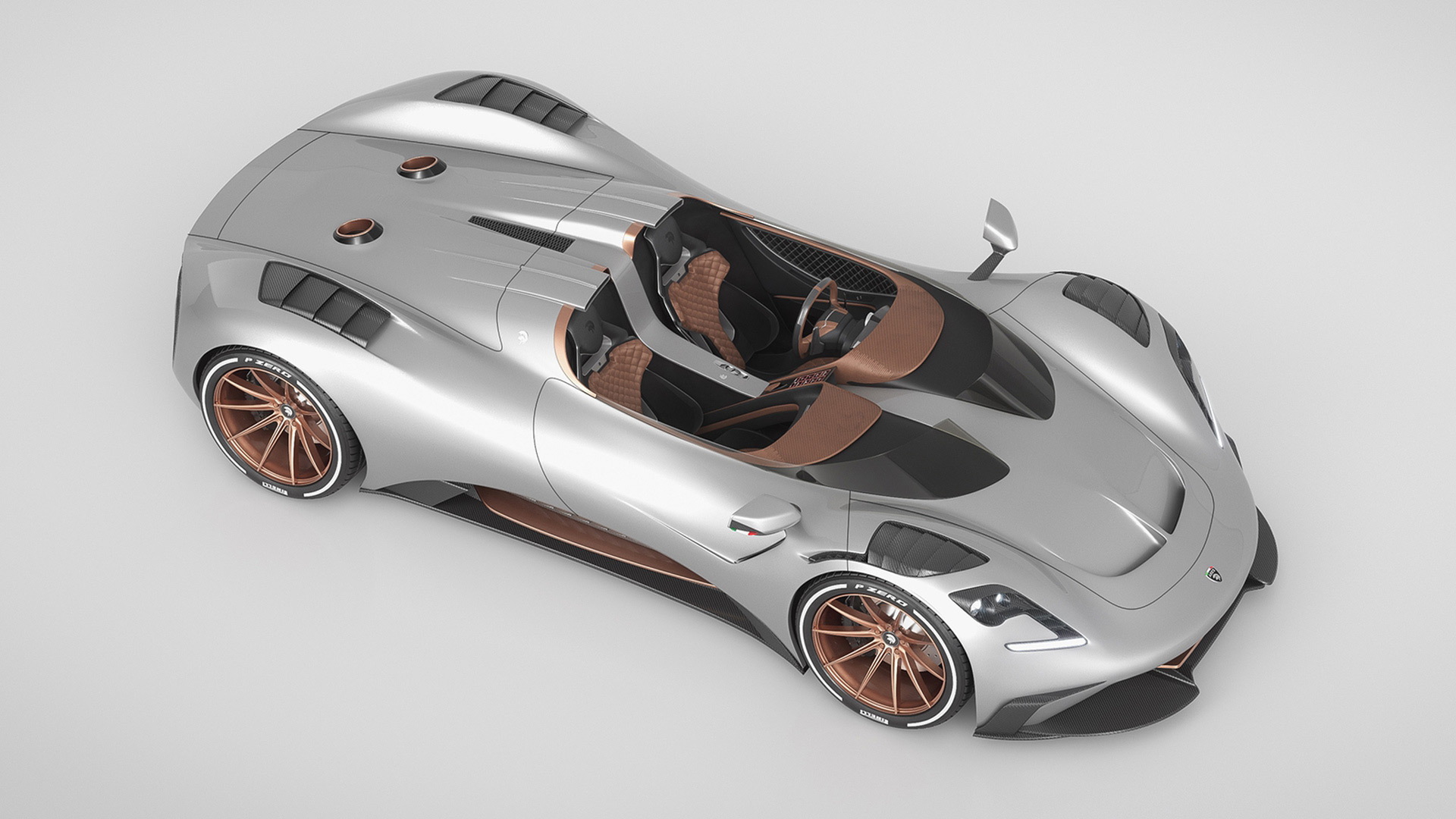 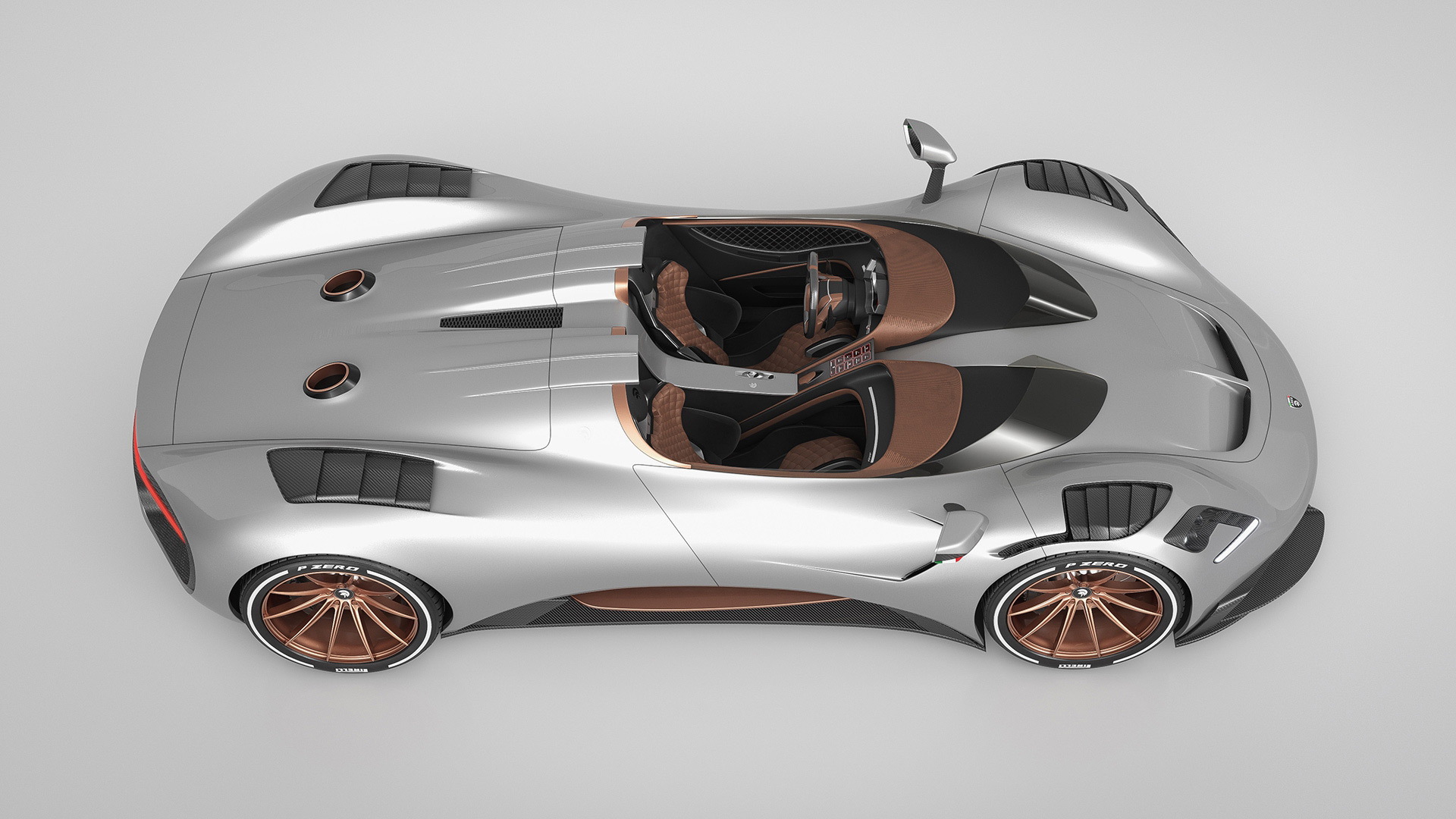 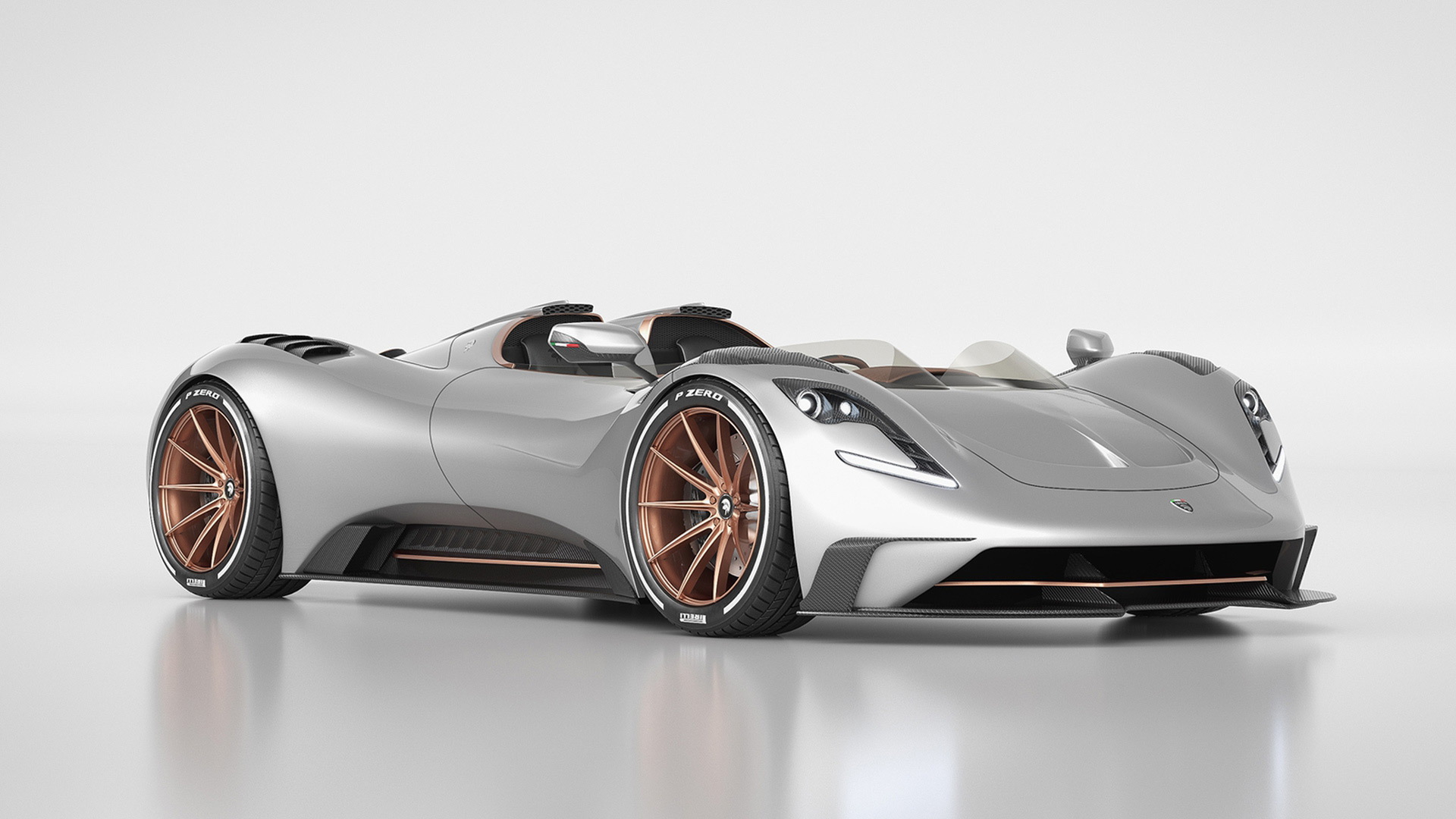 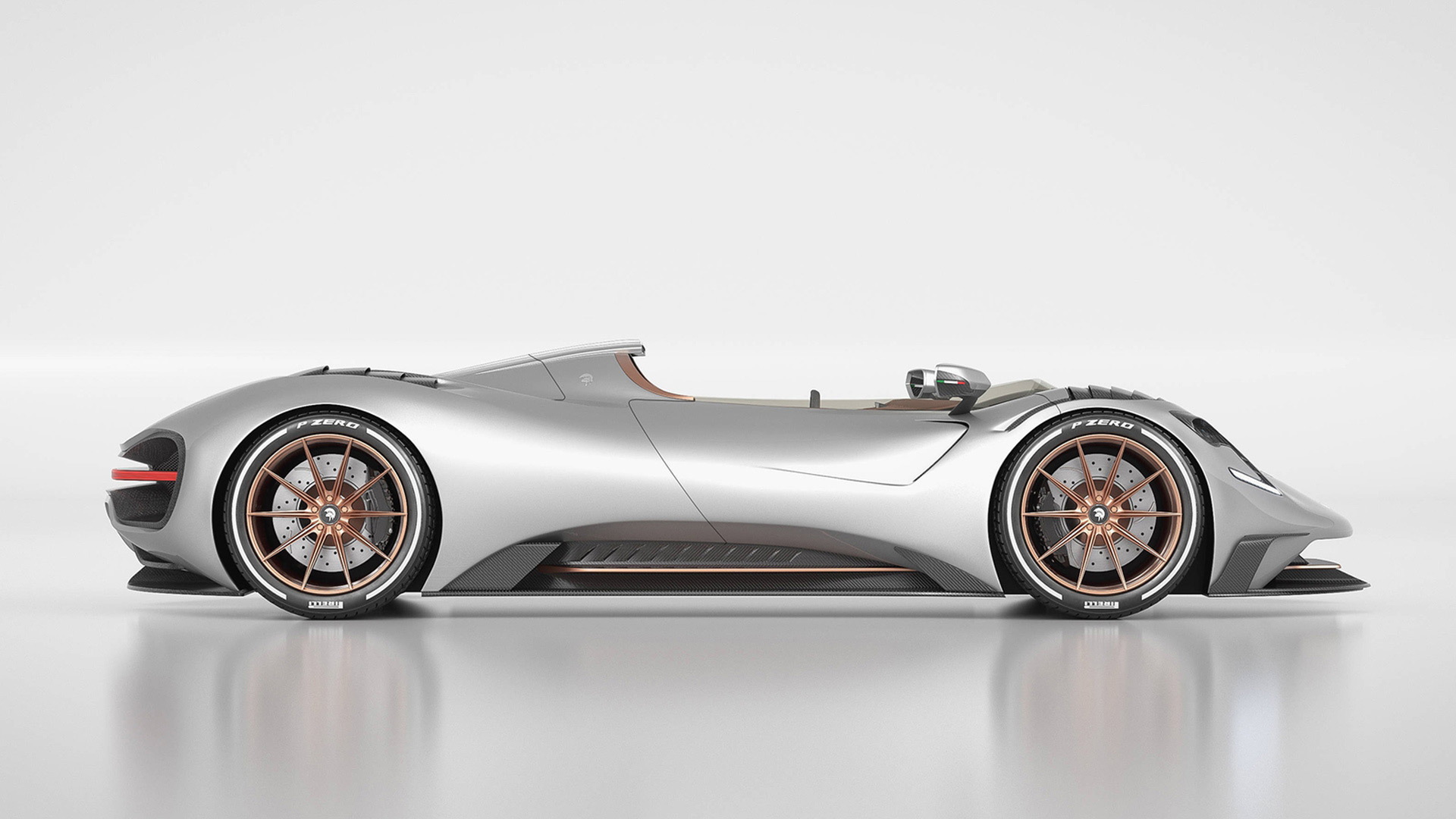 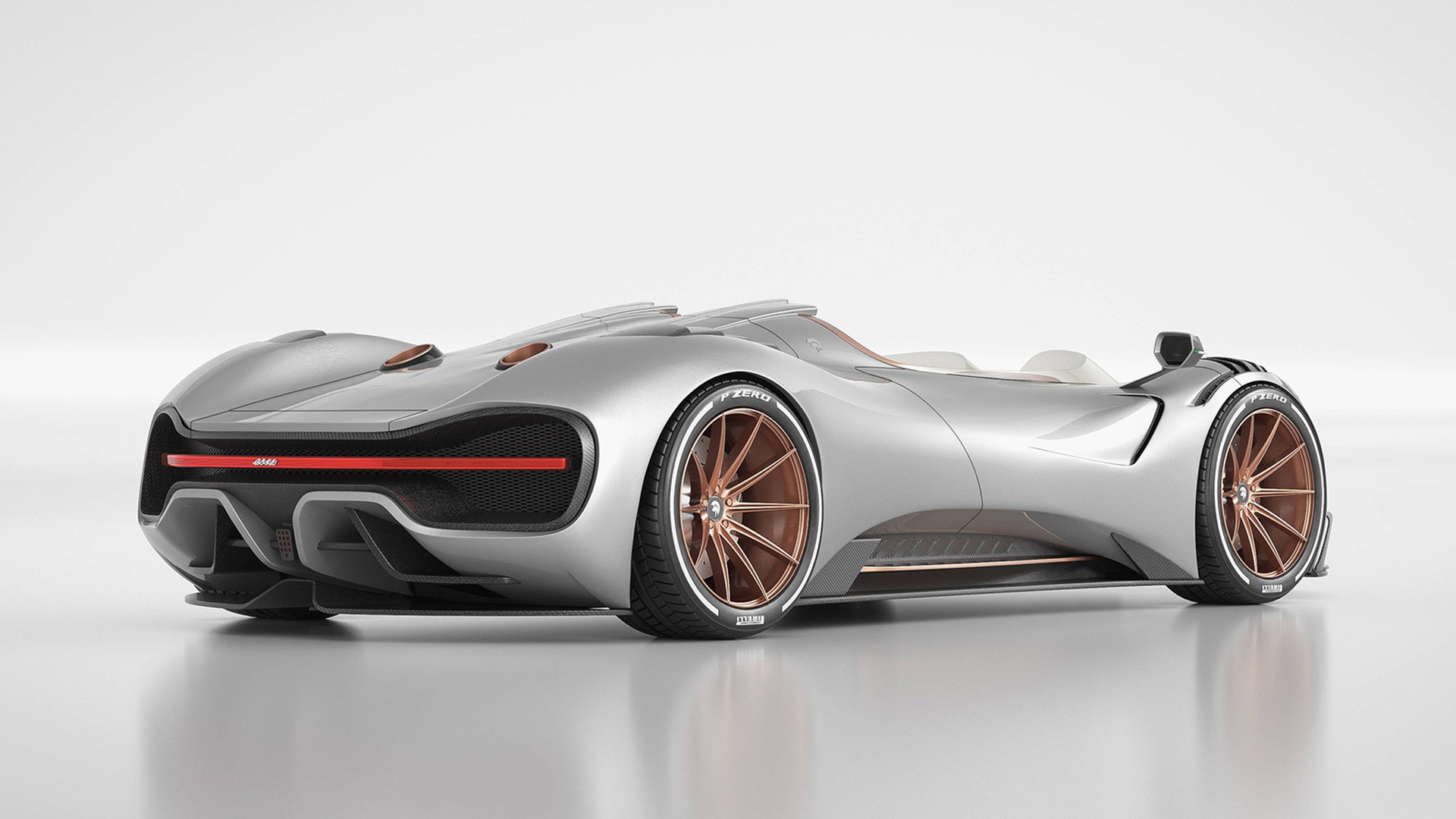 After stunning us in September with the S1 Project based on the running gear of the C8 Chevrolet Corvette Stingray, Italian coachbuilder and car customizer Ares has revealed an even sexier open-top version dubbed the S1 Project Spyder.

The car is devoid of a roof and windshield, making it a true speedster similar in ethos to other modern creations like the Aston Martin V12 Speedster and McLaren Elva. However, to provide at least some semblance of civility, Ares has fitted small wind deflectors to protect the driver and passenger. These deflectors are shaped so that they channel air away from the cabin and into the rear fender vents.

Without the roof and windshield in their way, the designers at Ares have extended the body work so that the front hood now flows into the cabin and between the seats before linking up with the rear deck in one continuous strip. All of the new body panels are made from carbon fiber.

Premium materials in the cabin include Nappa leather and Alcantara, and in the area where the rear windshield would normally sit is a pair of nacelles housing the rollover protection and featuring an intake mounted on top.

Mechanically, nothing has been changed from the coupe. Sitting up back is the Corvette Stingray's 6.2-liter V-8 which Ares, with help from a U.S.-based supplier, has tuned to deliver 715 horsepower and 715 pound-feet of torque. According to Ares, the significant jump in output—we're talking over 200 horses—was achieved with a new exhaust system and a retuned ECU. The engine is still hooked to an 8-speed dual-clutch transmission and will rocket the S1 Project Spyder to 62 mph from rest in a claimed 2.7 seconds.

As with the S1 Project coupe, just 24 examples of the S1 Project Spyder are destined for production. Ares hasn't mentioned pricing but as a guide, the coupe is priced from 500,000 euros. Deliveries start in late 2020.