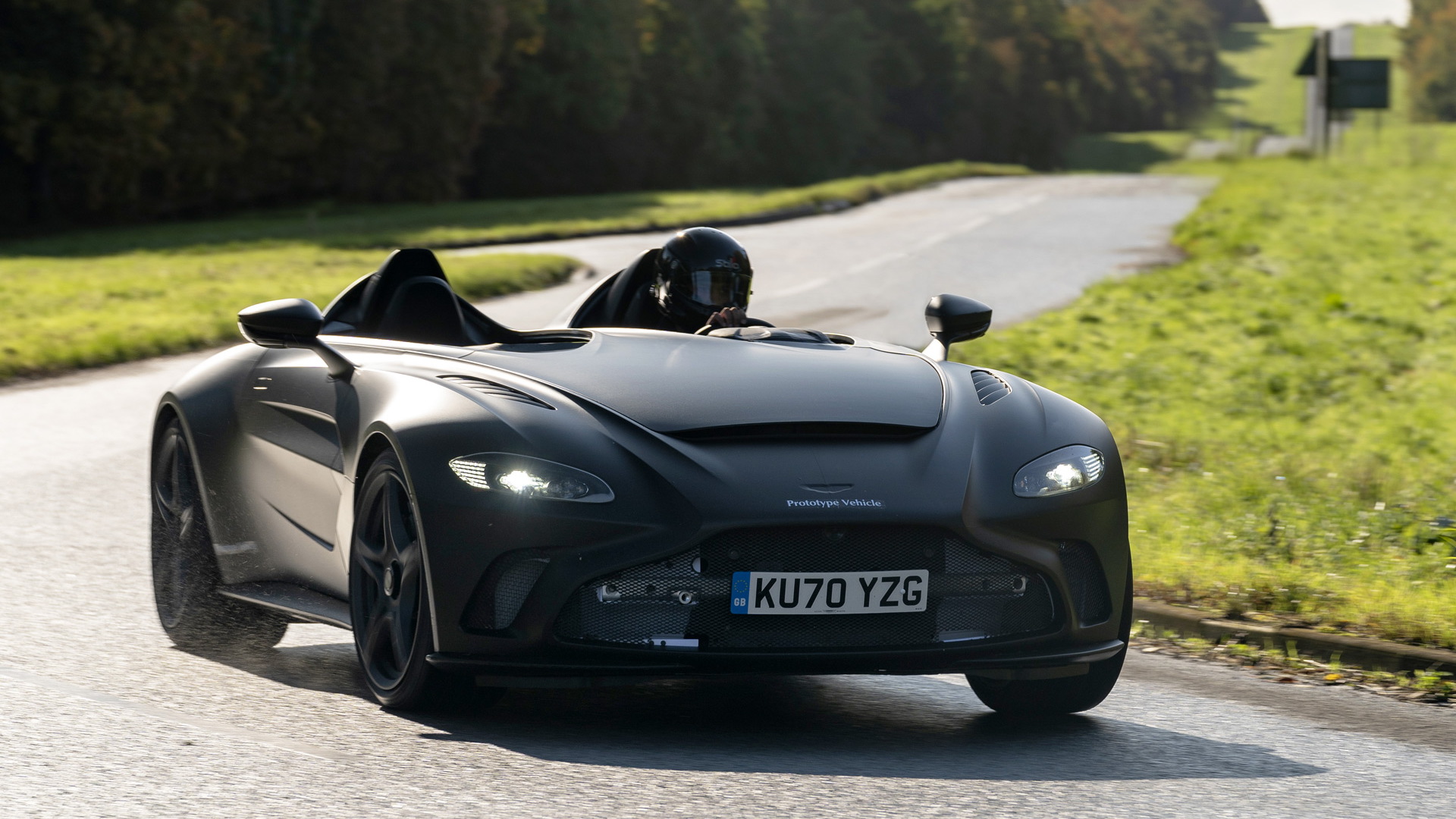 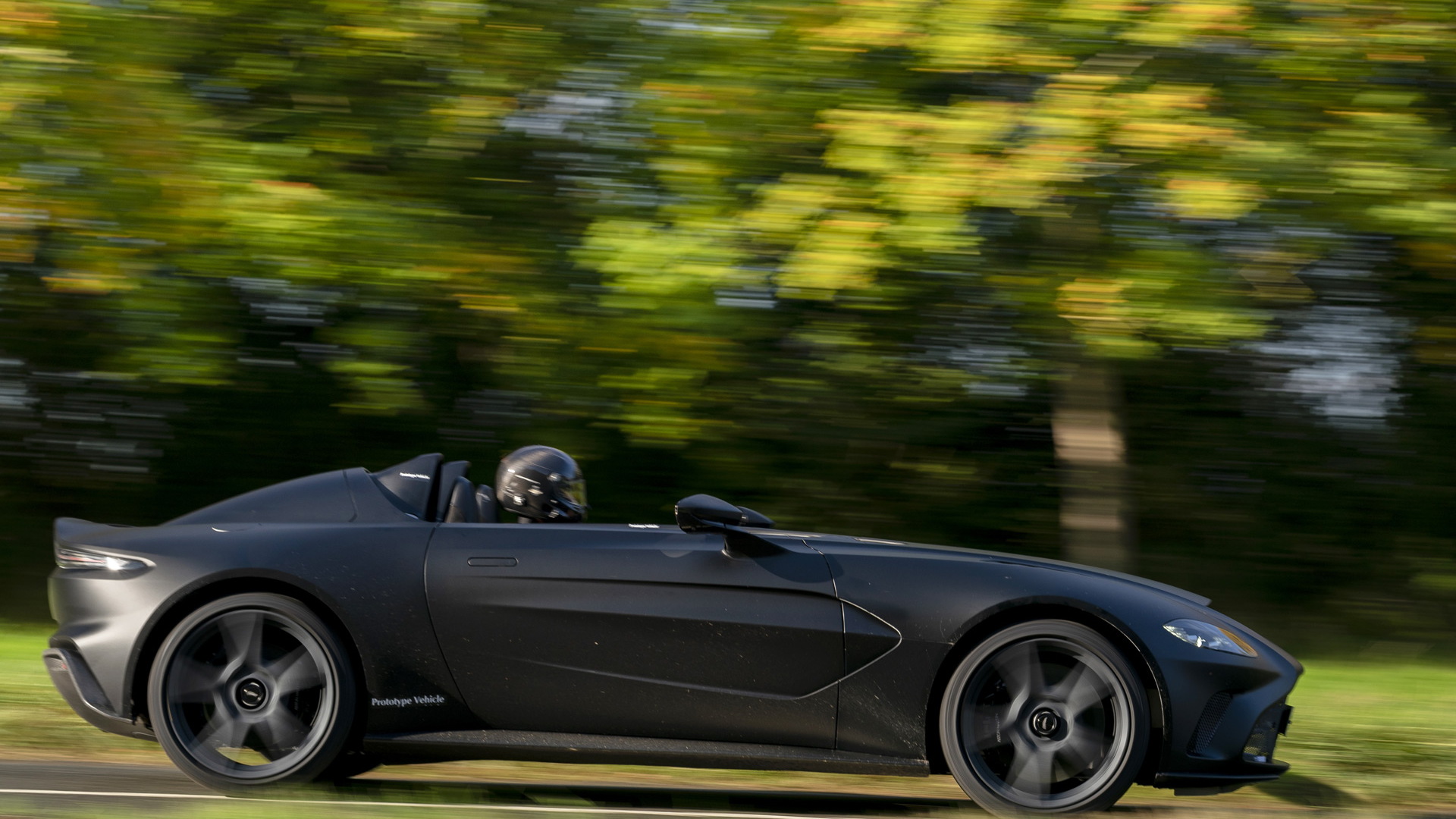 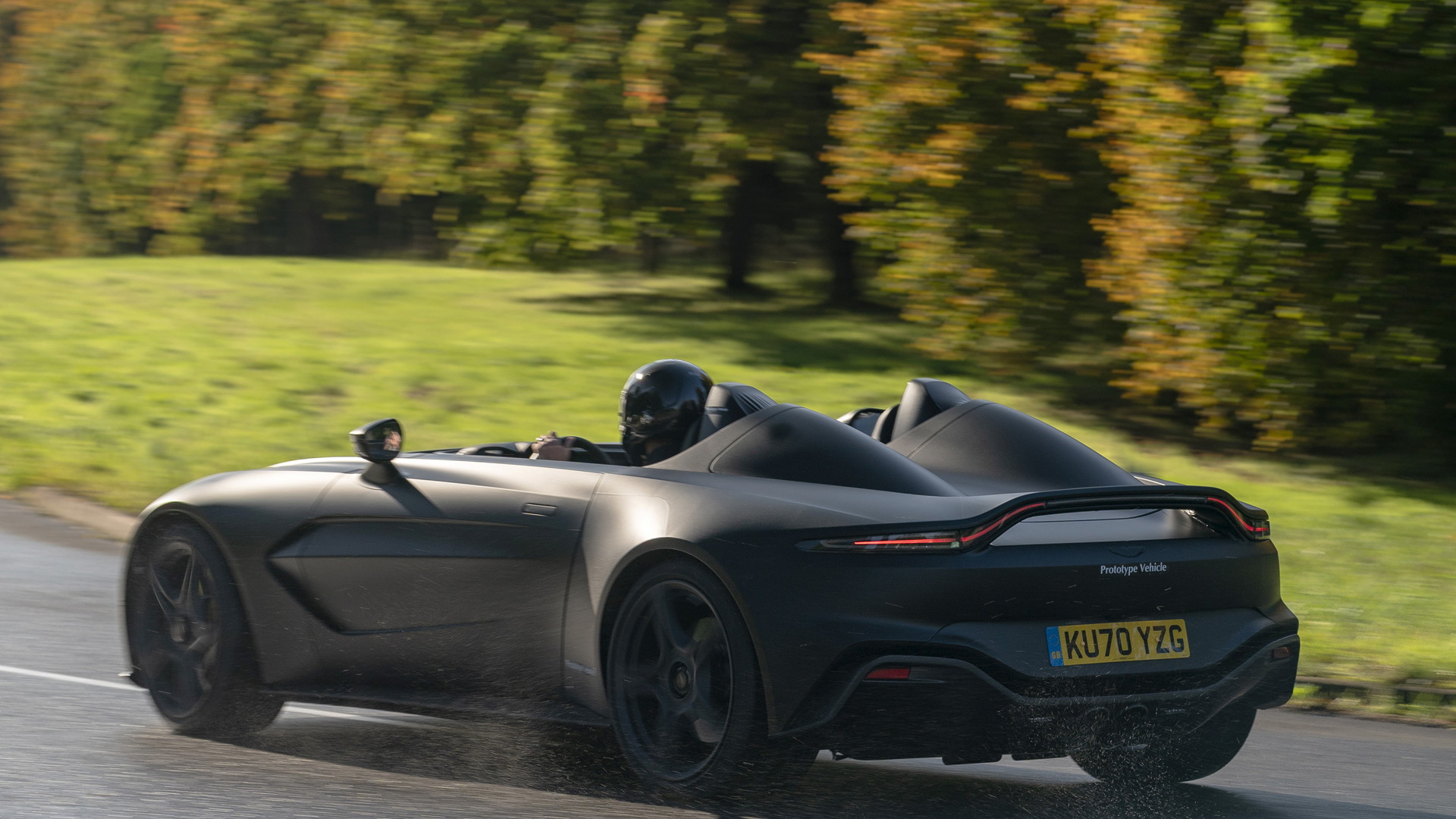 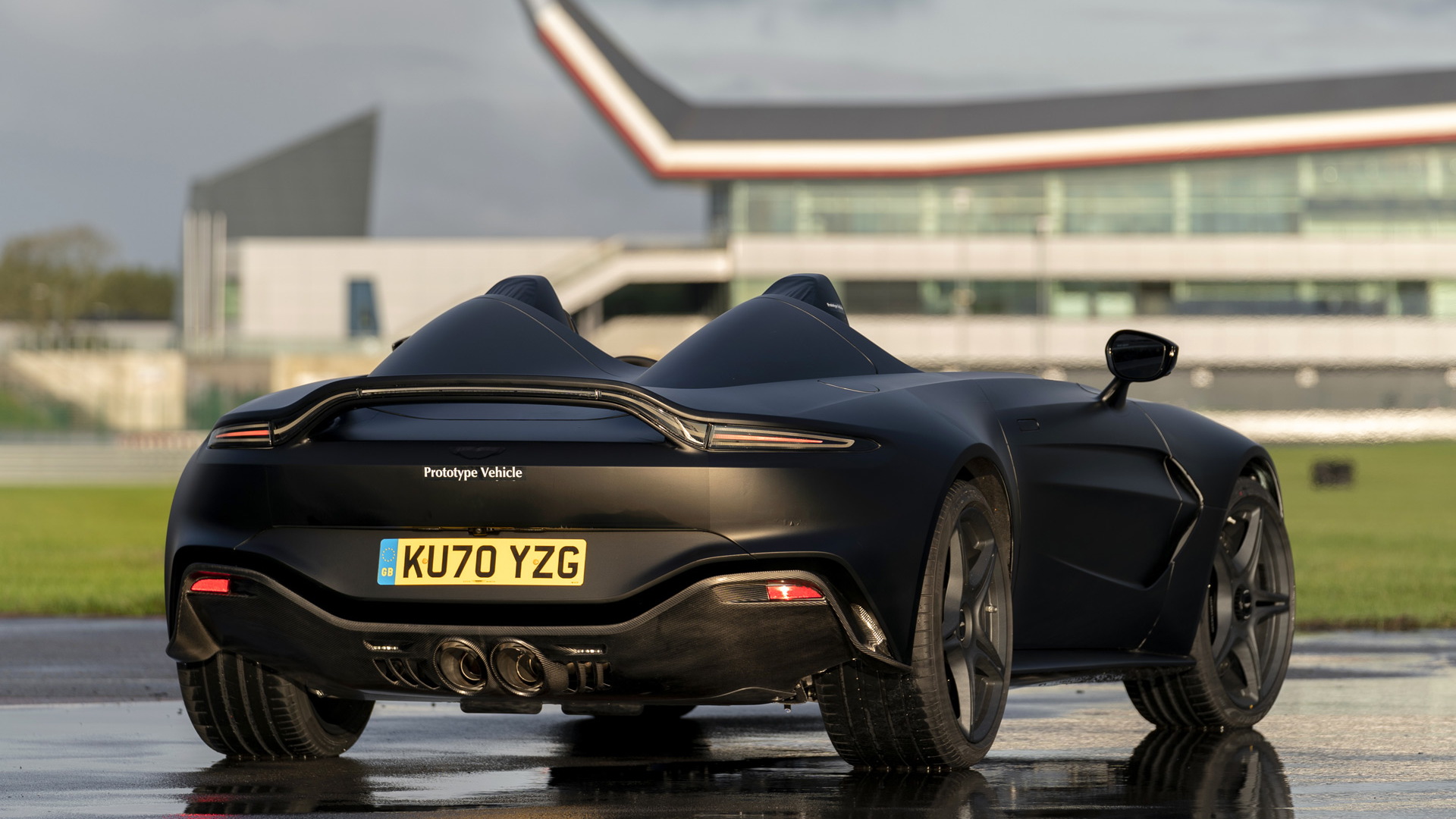 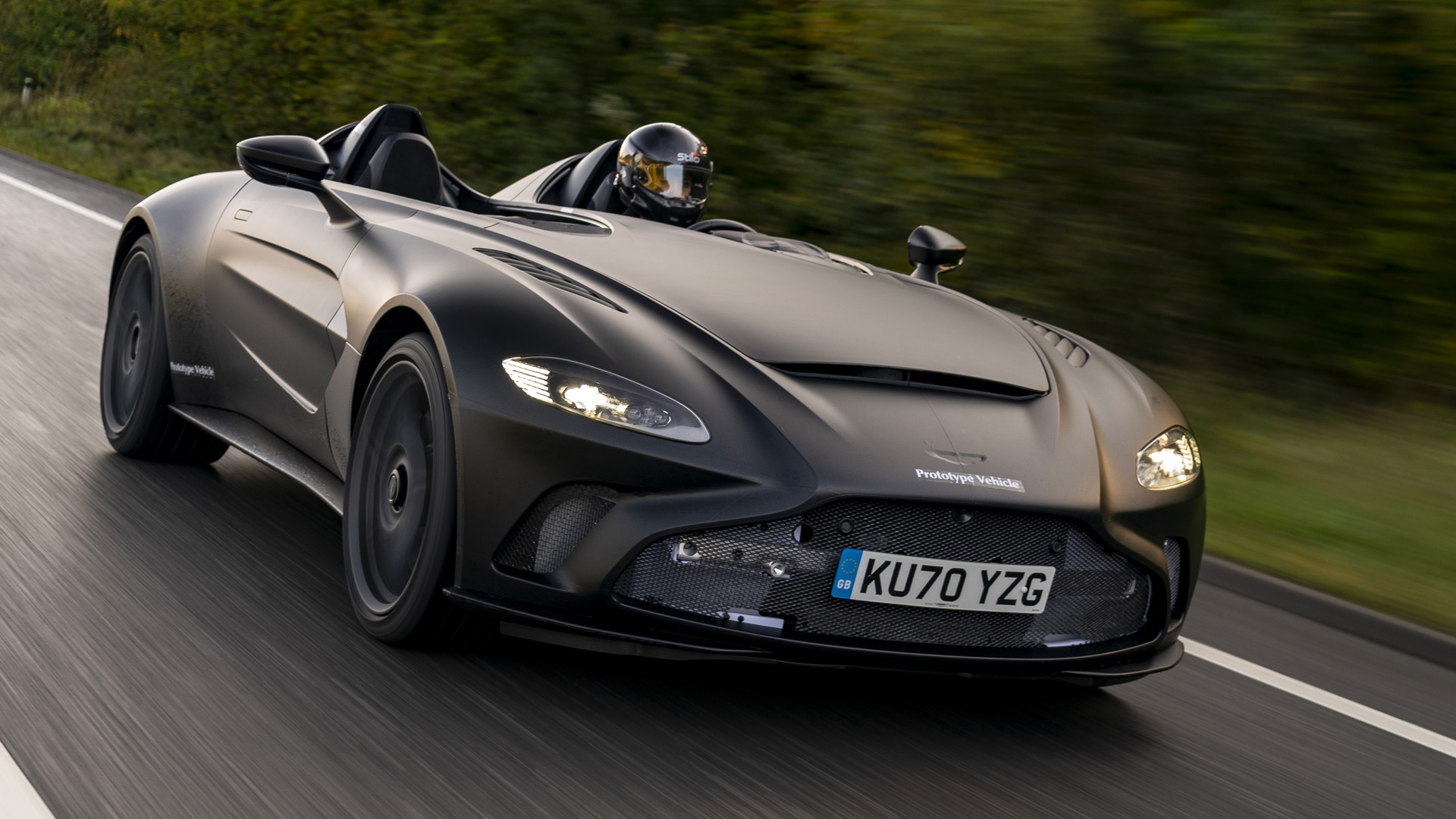 Aston Martin is developing a bespoke speedster blending elements from the Vantage and DBS Superleggera, and the first prototypes have now hit the road.

Unveiled in March, Aston Martin's new V12 Speedster is a lightweight, V-12-powered beauty that sadly will only be built in a run of 88 cars. It means your chances of seeing one on the road are close to nil.

Deliveries were originally scheduled for the first quarter of 2021, though delays are possible due to recent Covid-19 shutdowns in the United Kingdom.

The design more closely resembles the Vantage than DBS, with the face virtually a match for the Vantage, and the rear spoiler and integrated taillight arrangement also being picked from Aston Martin's sports car. The rest is unique, with deep sculpting on the sides coupled with large strakes from the front wheel wells into the door panels. Dual cowling also sits between the cabin to help streamline airflow, while at the rear is central mounting of the exhaust tips.

Power comes from the automaker's 5.2-liter twin-turbocharged V-12, tuned here to deliver 710 horsepower and 555 pound-feet of torque. With so much oomph, Aston Martin promises the V12 Speedster can launch from 0-62 mph in 3.5 seconds and top out at an electronically limited 186 mph.

Inside, the V12 Speedster has satin chrome structural carbon fiber, saddle leather, chrome, aluminum, and 3D-printed rubber. Instead of a glovebox, it has a removable leather bag in front of the passenger, and more luggage storage is found under the cowls.

The price for one is a staggering $950,000. Aston Martin hasn't said if any build slots are available, however. If you miss out, R-Reforged, an arm of Swiss racing team AF Racing, is building a handful of speedsters to the same spec as Aston Martin's Vanquish Zagato launched a decade ago.