The 2020 Cadillac CT4-V is one of many turbocharged sports sedans currently in production, but Cadillac tried something most other automakers haven't.

The CT4-V uses a dual-scroll turbo for greater torque. How does that work? Jason Fenske of Engineering Explained has the details.

The CT4-V uses a version of General Motors' L3B 2.7-liter inline-4, first seen in the Chevrolet Silverado pickup truck. As Fenske is quick to point out, General Motors made a big deal initially about this engine supposedly being a truck-specific design, likely to assuage buyer wariness of a 4-cylinder engine in a full-size pickup.

Just like the name says, the engine's dual-scroll turbo has two "volutes"—the passages that circulate air through the turbo. They're stacked one on top of the other. This is similar in concept to a twin-scroll turbo, but the latter places its passages side by side, Fenske noted. 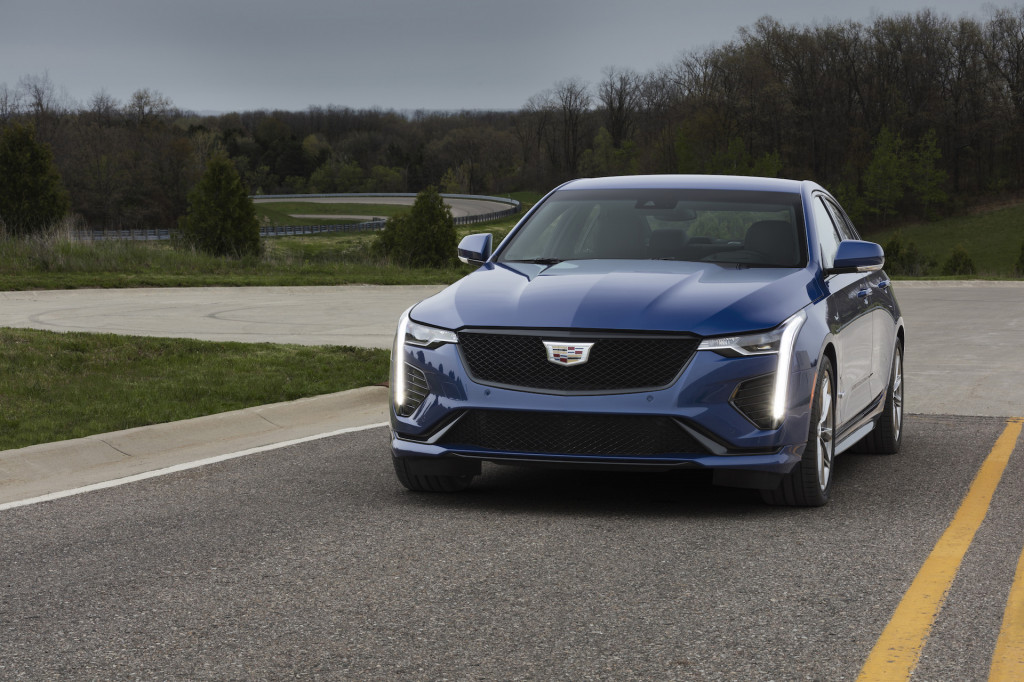 In the GM engine, the dual-volute turbo is paired with an integrated exhaust manifold. The combination helps separate exhaust pulses from individual cylinders, which improves response. A twin-scroll turbo works on the same principle, but is slightly less efficient, Fenske said.

What does that mean in the real world? For the Silverado version of this engine, Chevy previously said that if the driver floored the accelerator at 1,500 rpm, they would get 90% of the maximum torque output in just 1.9 seconds.

In the CT4-V, the engine produces 320 horsepower and 369 pound-feet of torque, which is sent to the rear wheels or all four through a 10-speed automatic. If that's not enough power, Cadillac also has a hotter Blackwing version in the works. It's expected to get a 3.0-liter twin-turbo V-6 making more than 400 hp.