No, shooting a nitrous-oxide tank does not cause an explosion, not does it produce green flames. But the Mitsubishi Eclipse explosion was one of the most memorable scenes in "The Fast and The Furious." Here's how it really happened.

Craig Lieberman, technical advisor of the film, explains that the sacrificial car was first stripped of anything flammable, as well as many mechanical components to make it light enough to be lifted into the air by the explosion. The interior was gutted (the car's windows were heavily tinted to hide this), and parts like the powertrain and exhaust were removed.

On screen, the car catches fire before exploding, which necessitated more prep. Special-effects teams typically use propane-burner bars to generate a consistent flame, Lieberman said. They then coat surfaces in proprietary mixes of chemicals to get the flames to spread. It's these chemicals that produced the green flames seen in the movie. 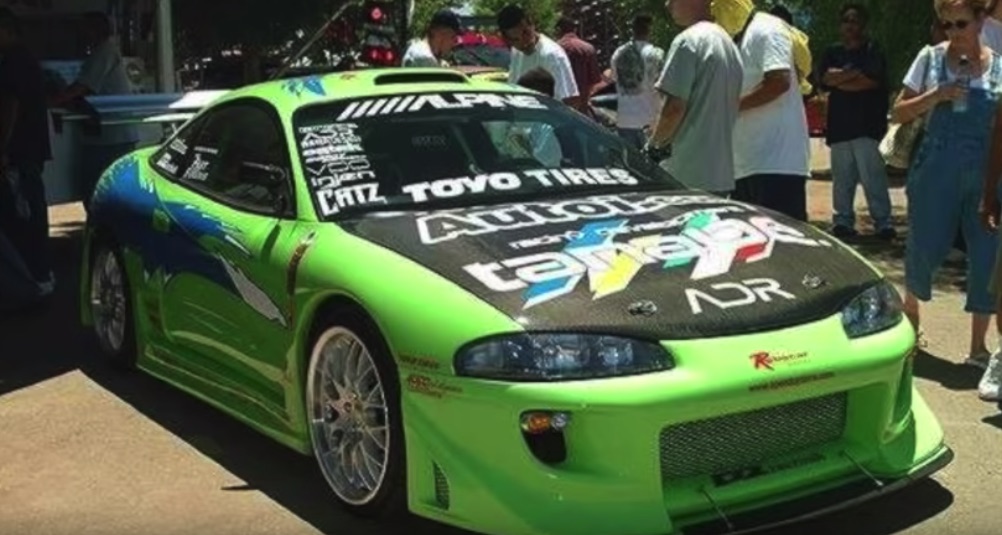 Mitsubishi Eclipse from 'The Fast and the Furious'

To launch the Eclipse into the air, an air canon was placed under the car and it used a section of telephone pole to shoot the car into the air. A similar technique was used to flip James Bond's Aston Martin DBS in "Casino Royale." Structural supports were added to keep the car from falling apart.

The gunfire was fake, too. Bullet holes were pre-drilled, and the impacts were simulated using small explosive charges called squibs, Lieberman said.

Filmmakers had multiple Eclipses on hand, but only one was earmarked for the explosion, so things had to be done right the first time, Lieberman said. Other cars were used for different stunts, and one was a so-called "hero car" borrowed from a real-life owner. None of these cars were was impressive in real life as they looked on screen. The hero car was actually a base RS model making only about 140 horsepower, according to Lieberman.

The car used for the explosion was a 1996 Eclipse GS. It currently sits in a Las Vegas museum, fake bullet holes and all.