An Australian company by the name of HyperPower Technologies has developed an electric motor that generates a mammoth 1,340 horsepower.

The electric motor, code-named the QFM-360-X, measures about 17 inches in diameter and is designed to be scalable. HyperPower said ten of them could be mounted on a common shaft to deliver 13,400 hp.

To demonstrate the performance, HyperPower teamed up with electric drag racers Top EV Racing and built a Top Fuel-style dragster powered by four of the motors for a combined output of 5,360 hp. Performance estimates for the electric beast include a 0-124 mph time of 0.8 seconds, a 0-330 mph time of 3.7 seconds, and a top speed of 380 mph.

HyperPower is the brainchild of Top EV Racing founder Michael Fragomeni. He and his team have been working on the dragster and its technologies for the past eight years, and developed many of the parts they used in-house since there was simply nothing on the market. He's now established HyperPower in order to commercialize some of those developments. 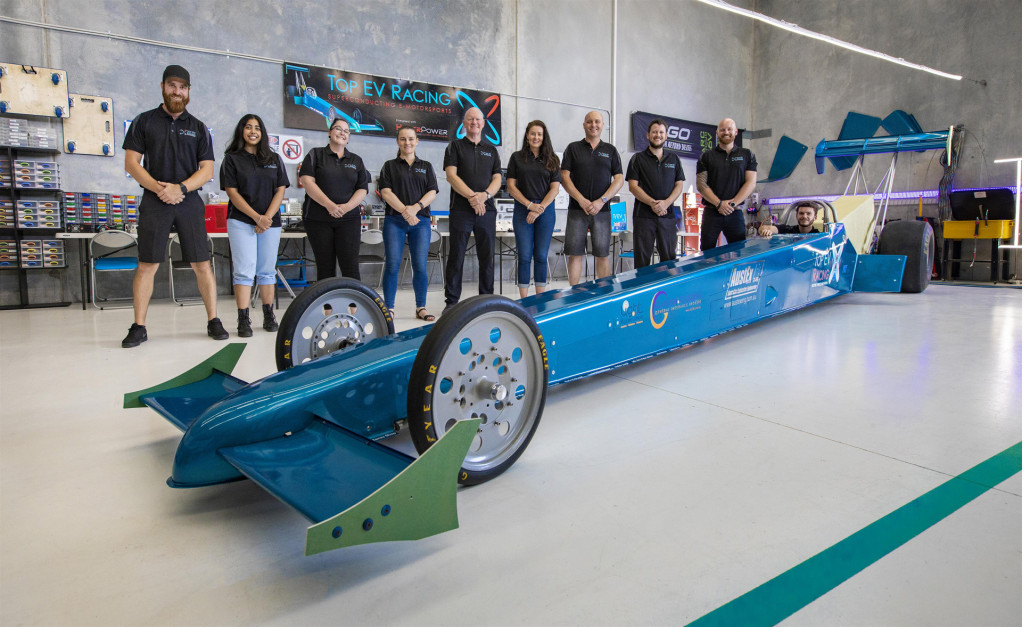 “This motor is the culmination of my career’s effort and a notable milestone for our team to now have the (motor) in production, with volume assembly running in parallel,” he said.

Some of the potential areas where we might see the motors turn up include aerospace applications, mining, high-speed rail including hyperloops should the technology eventuate, and yes, even hypercars. A car running just one of the motors would already be among the most powerful cars in production.

Another area could be motorsports. Electric motors are much more efficient at driving wheels than internal-combustion engines, and in the case of Top Fuel dragsters, the cars running over 5,000 hp are slipping the clutch for half their runs, according to Fragomeni, meaning they're not using the full power they're making.

In other EV news, British company Equipmake has developed what it claims is the “world’s most power-dense permanent magnet electric motor.” The company's Ampere motor weighs just 22 pounds but develops close to 300 hp. In comparison, the two electric motors used in Jaguar's I-Pace weigh 88 pounds each and deliver just 200 hp.