Speedsters are a joy to drive, but without a windshield present the pleasure can quickly turn to discomfort—unless you happen to be carrying a helmet with you.

In addition to wind, insects and tiny stones are thrown your way. If you don't believe us, just take a look at the front of your car after a long drive on the highway.

McLaren has come up with a solution for its recently revealed Elva, a high-performance speedster that joins the brand's Ultimate Series range of cars. 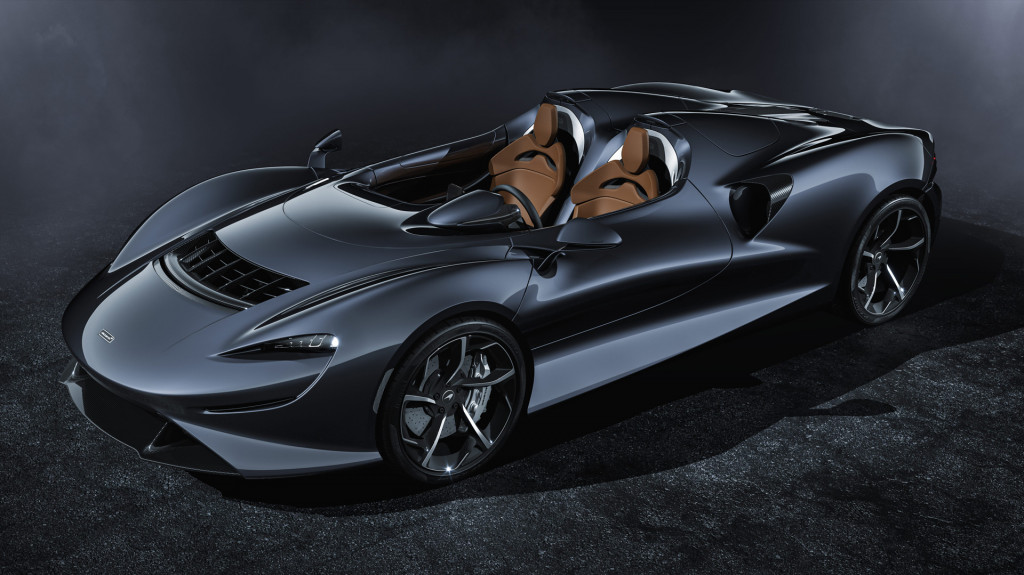 The key is a channel in the nose of the car that sucks oncoming air and then directs it upward and slightly forward with incredible force. The oncoming air that isn't sucked up by the channel then hits this directed air and pushes it over the car, creating an area of calm around the cabin. There is a dip in performance due to the increased drag created but the system can be switched off for those days when ultimate performance is required. Ferrari's Monza SP1 and SP2 speedsters feature a similar system.

The Elva's system is so effective that your hair can remain still even at speeds of up to 70 mph, according to Dan Williams, McLaren's design engineering chief. Sitting in the Elva and sticking your hand up into the stream of air is akin to sticking your hand out of the window of a conventional car, the difference is that dramatic, he said.

McLaren will build just 399 Elvas and the first examples are due in late 2020. The car is built around the automaker's carbon fiber monocoque structure and features an 804-horsepower version of the 4.0-liter twin-turbocharged V-8 found in the 720S and Senna supercars. Performance estimates include a 0-60 mph time of under 3.0 seconds and a 0-124 mph time of 6.7 seconds. A top speed hasn't been mentioned. The starting price is $1.69 million.