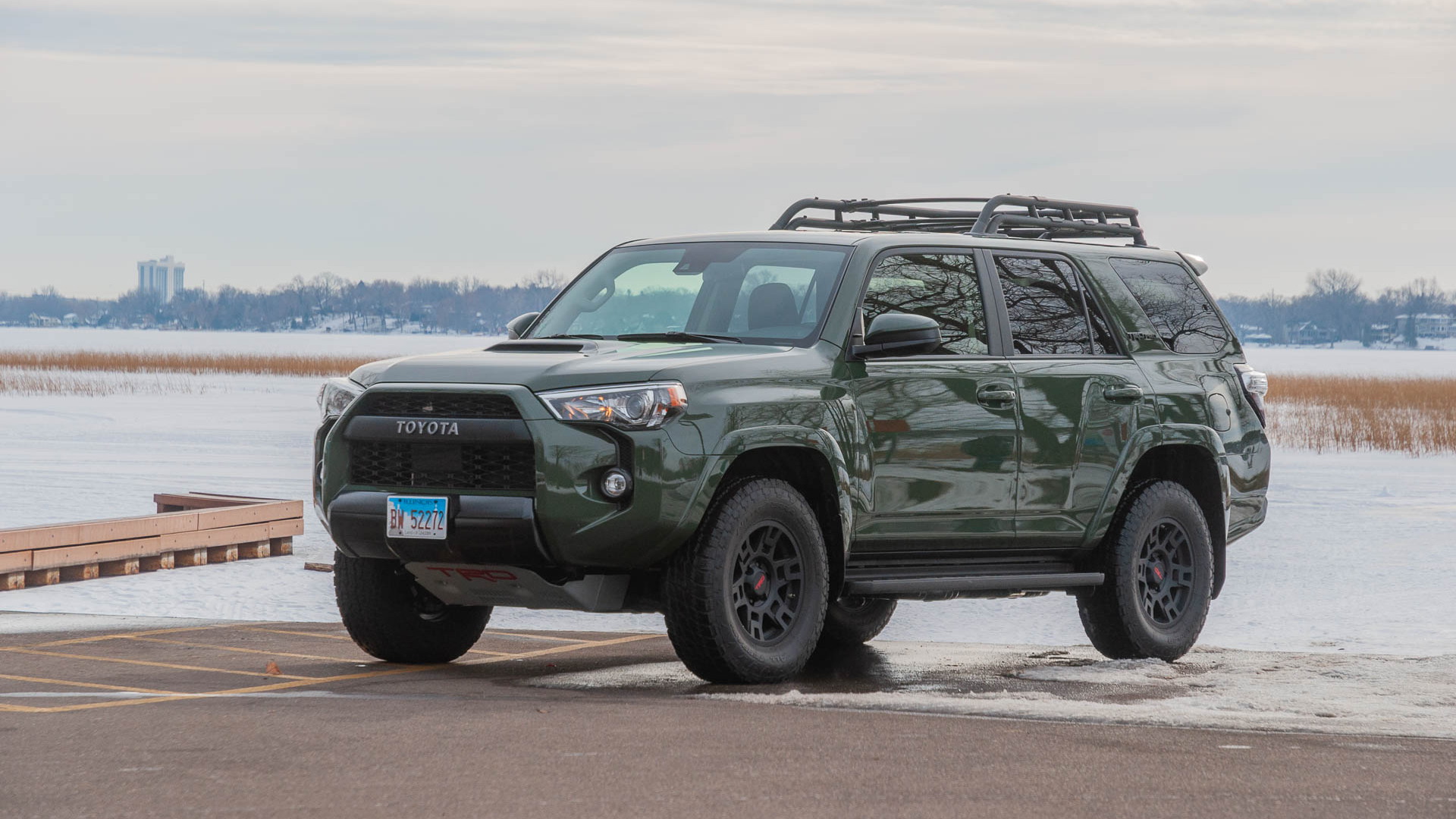 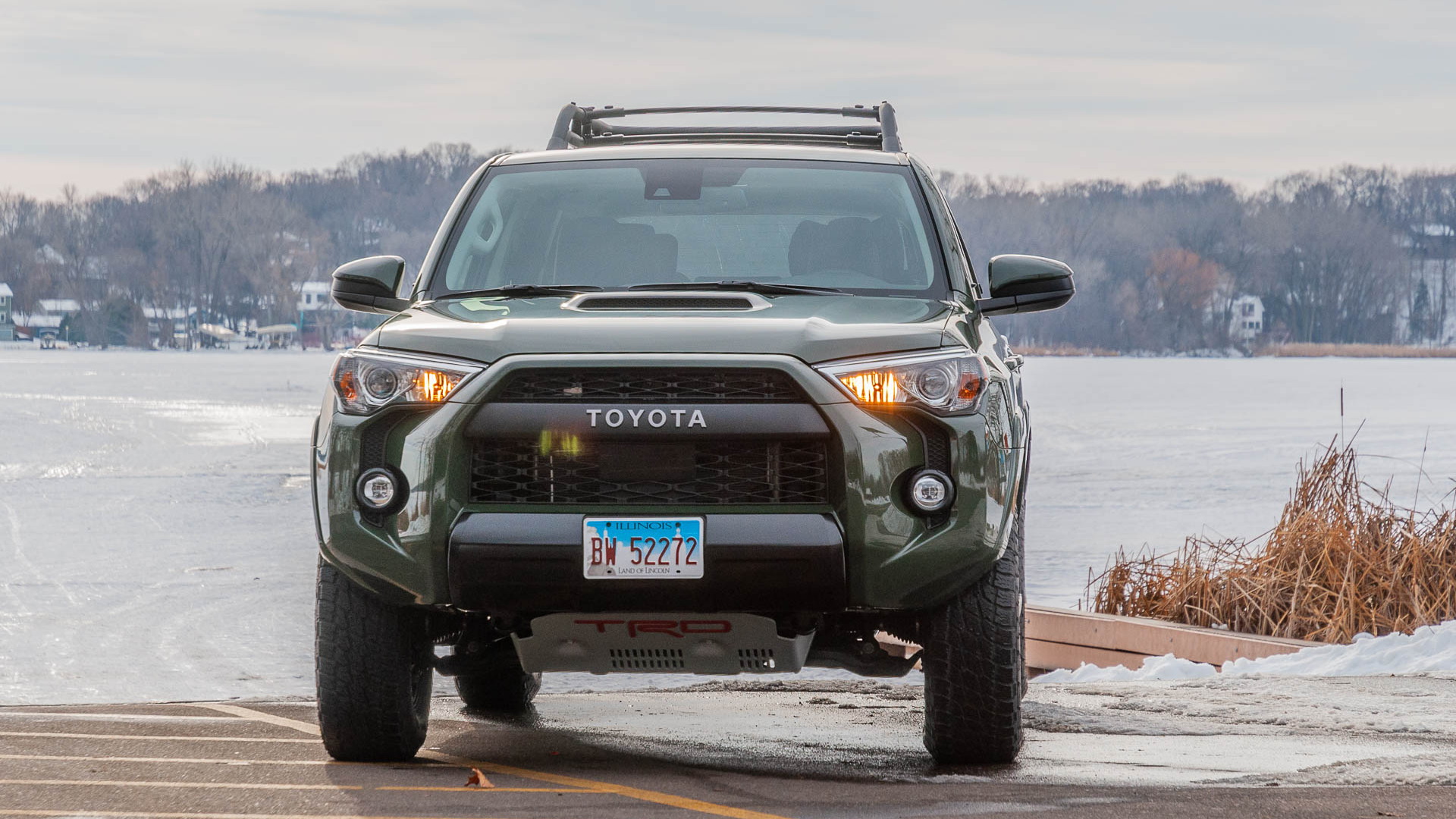 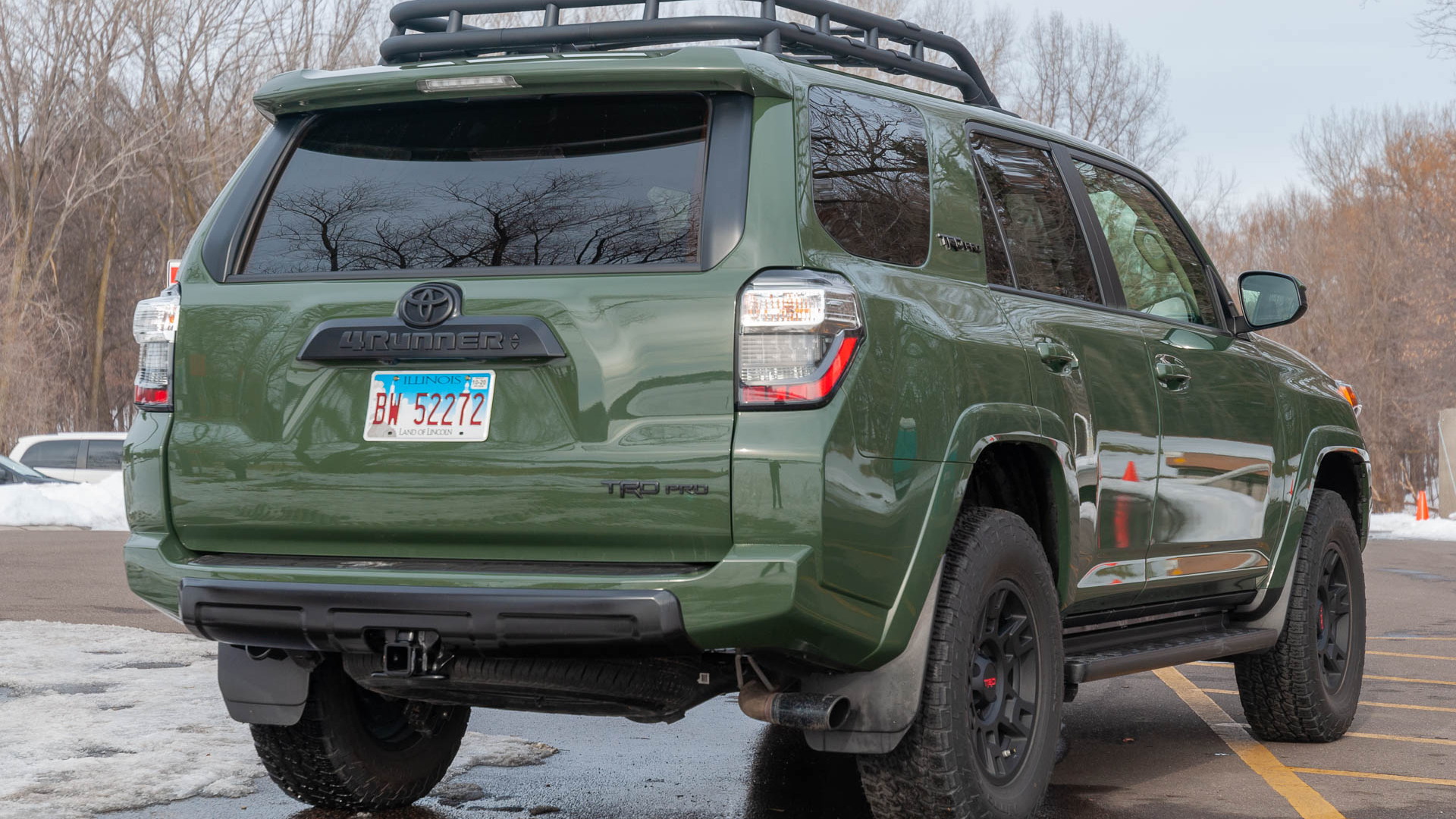 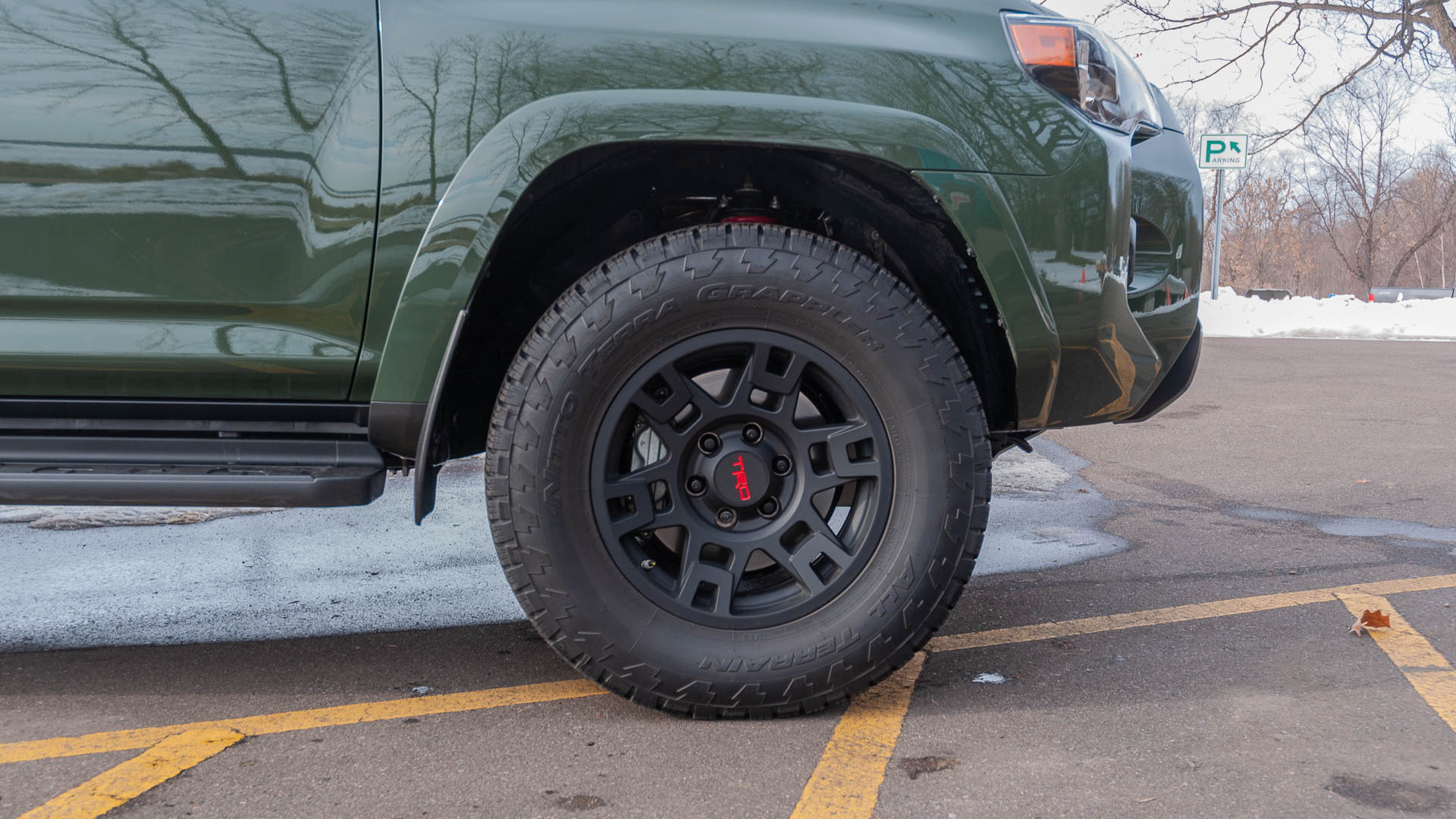 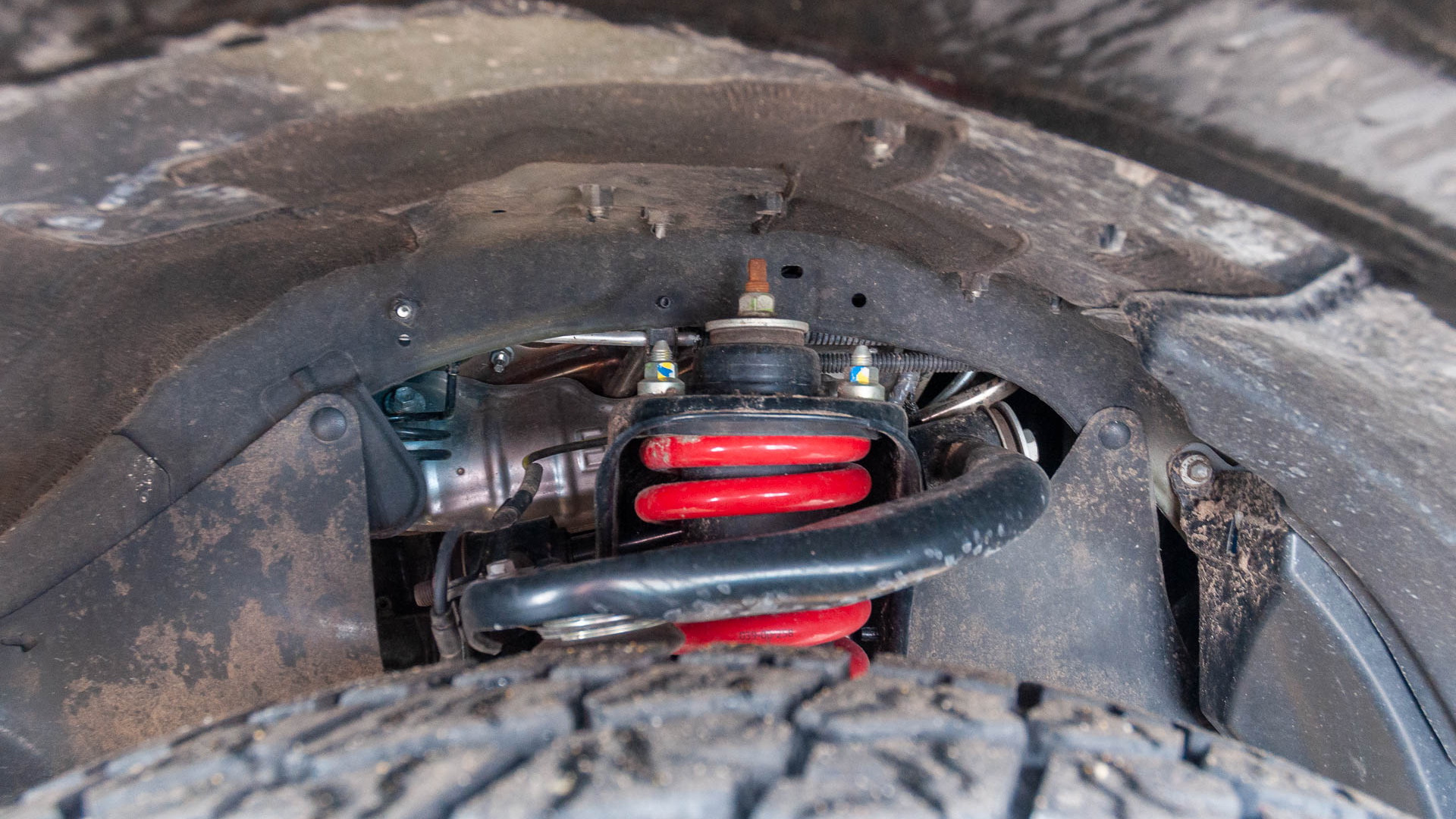 Toyota’s 4Runner lives in the past where easy-to-use controls, buttons, and simplicity went hand in hand with off-road capability. Times change and simplicity will only go so far with more modern competitors arriving soon.

The 2020 4Runner TRD Pro finally has modern safety and infotainment technology, but at nearly a decade old, the implementation is compromised and the off-roader still leans on its old-school charm.

Hip with the tech

The 4Runner TRD Pro likely isn’t on anyone’s shopping list that’s looking for the latest technology or nicest interior. It shouldn’t be.

Its interior plastics are hard and cheap-feeling and its tall liftgate isn’t power-operated. For 2020, Toyota fitted the 4Runner with some of the latest safety tech and a more modern infotainment system but it's still way behind.

The dashboard now has an 8.0-inch touchscreen infotainment system with Apple CarPlay and Android Auto compatibility, but Toyota implemented that cheaply. The volume for music and navigation directions from Waze can’t be split out, which means there’s a decent chance either directions are being screamed at you from the speakers or you can’t hear the music.

The volume splitting only matters if CarPlay works. More times than not my tester’s infotainment system would not recognize that my iPhone 11 Pro was plugged in and would not boot Apple CarPlay. When the system did boot CarPlay it would lock up about half the time, which required the phone to be unplugged.

It’s as if the old 4Runner was rejecting new technology.

The lone engine available in the 4Runner is a 4.0-liter V-6 with 270 horsepower and 278 pound-feet of torque that is more than up to the task of hauling the 4Runner up a rocky hill or through the mud. Just don’t expect good fuel economy, because it averages about 14 mpg in mixed driving—likely much worse if you expect to leave the pavement in the TRD Pro.

Its part-time four-wheel-drive system has a two-speed transfer case with an old-school center console-mounted lever to engage four low that might confuse some Millennials, but it’s gratifying to use in an era of buttons and knobs.

Chunky knobs above the driver’s head controls a version of cruise control for off-roading Toyota calls Crawl Control that will hold the 4Runner at a set speed allowing the driver to concentrate solely on steering and avoiding obstacles. The system worked as intended as the 4Runner crawled up and down rocky paths at the Northwest OHV Park outside Dallas, but it’s less refined than competitor’s systems with constant clunks and thunks.

Out of its element

On the road, the 4Runner is clunky and a handful despite not being a full-size SUV. The 2020 TRD Pro model makes matters both better and worse on the pavement around town.

Around a corner, the 4Runner TRD Pro rolls on its soft 2.5-inch Fox shocks and red TRD coil springs like the road is its yoga mat. The one-inch lift that helps the SUV tackle off-road trails does it no favors around corners, but it’s a different story on broken pavement.

The chunky 265/70R17 Nitto Terra Grabber All-Terrain tires’ thick sidewalls and tall profile combined with the softer suspension help the TRD Pro absorb road imperfections with more grace than other 4Runners, but there’s no mistaking this for anything but a body-on-frame truck-based SUV that wiggles, jiggles, and rolls as its structure, body, and suspension fight about which direction to go.

The old 5-speed automatic transmission hides its lack of gears well enough around town, but on the highway it’s down three to five speeds compared to most modern transmissions. There’s only so many gears for the transmission to run through as speed builds, and the engine revs faster.

While the new TRD-branded Cat Back exhaust system sounds like a good idea, it’s exasperating in day-to-day operation. At lower RPM on the highway or around town, the exhaust drones in a way that is annoying and pointless.

Today’s 4Runner TRD Pro has few direct rivals other than the Jeep Wrangler. Its chunky attitude, serious off-road chops, and proven reliability are hard to match, especially if you don’t want the Wrangler experience, but the competition is coming. The 2021 Ford Bronco and 2020 Land Rover Defender are both aiming for this space with more modern powertrains, safety technology, and off-road hardware than the 4Runner TRD Pro offers.

The Toyota 4Runner TRD Pro appealed because it was old-school simple, reliable and lacked the complicated technology. Retrofitting tech was supposed to improve the 4Runner, and while it might be somewhat safer, the implementation is compromised. I appreciate the current 4Runner TRD Pro for what it is, but for those who want the latest off- and on-road tech, time and competitors have caught up to the 4Runner.