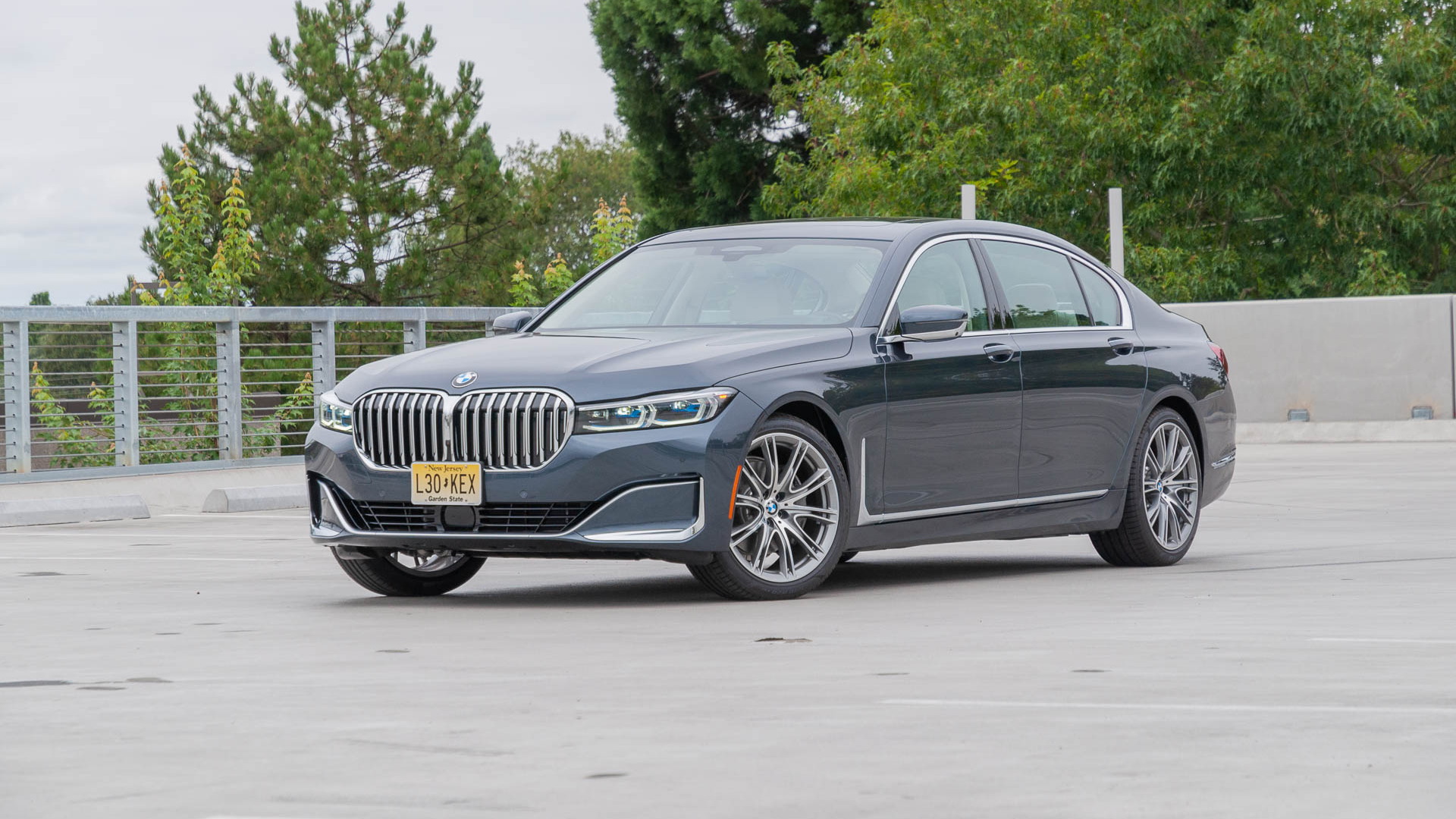 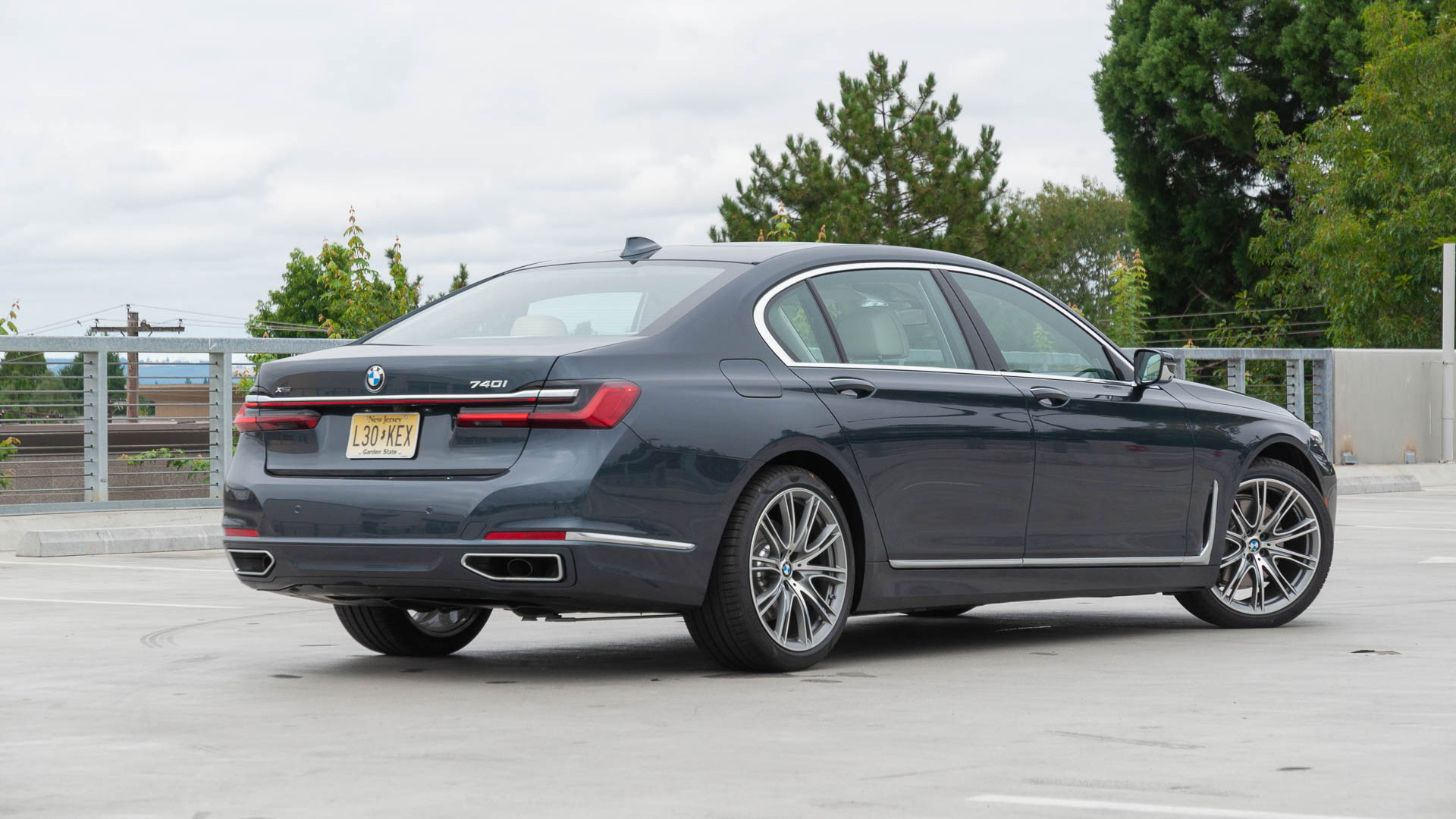 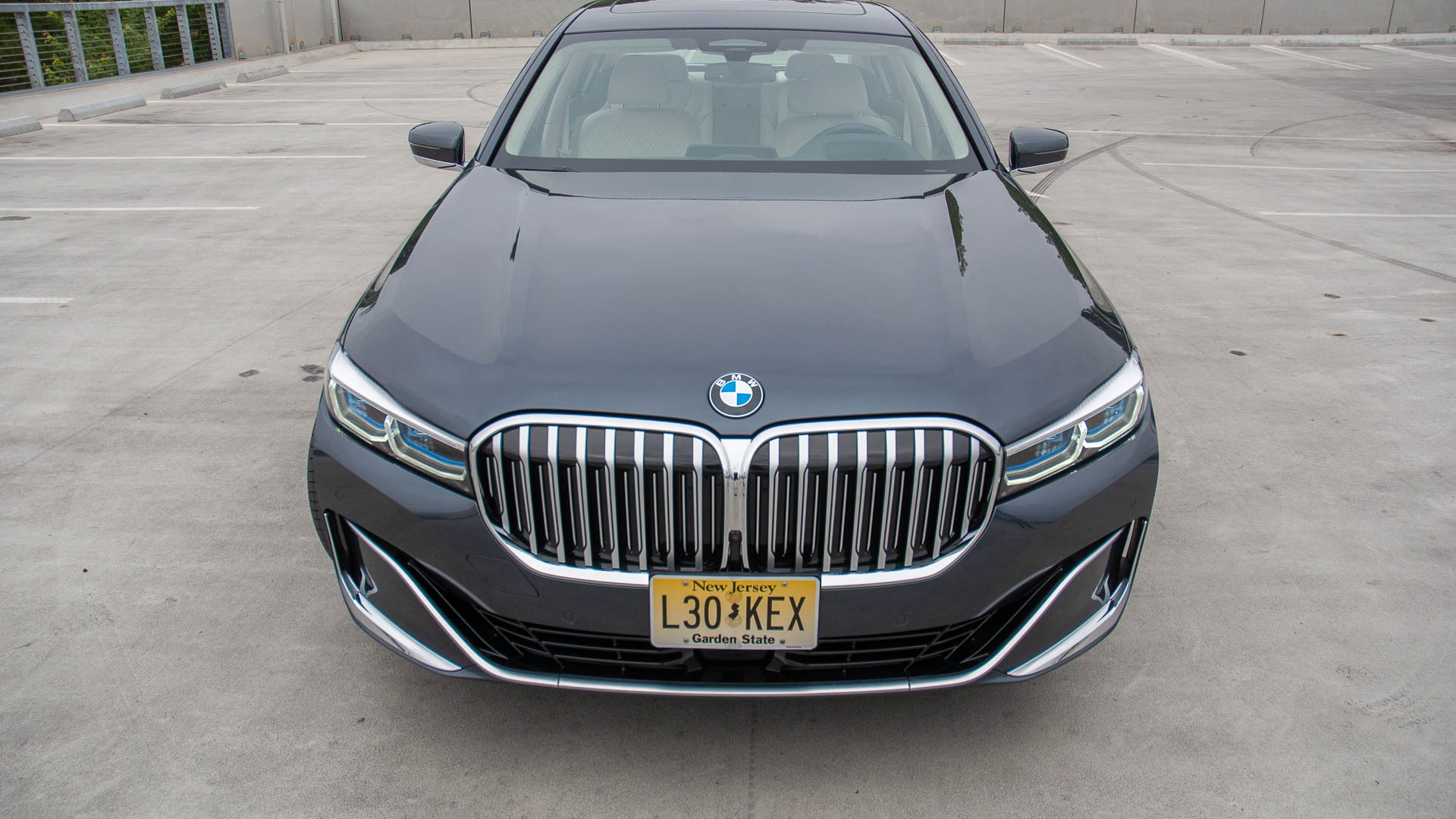 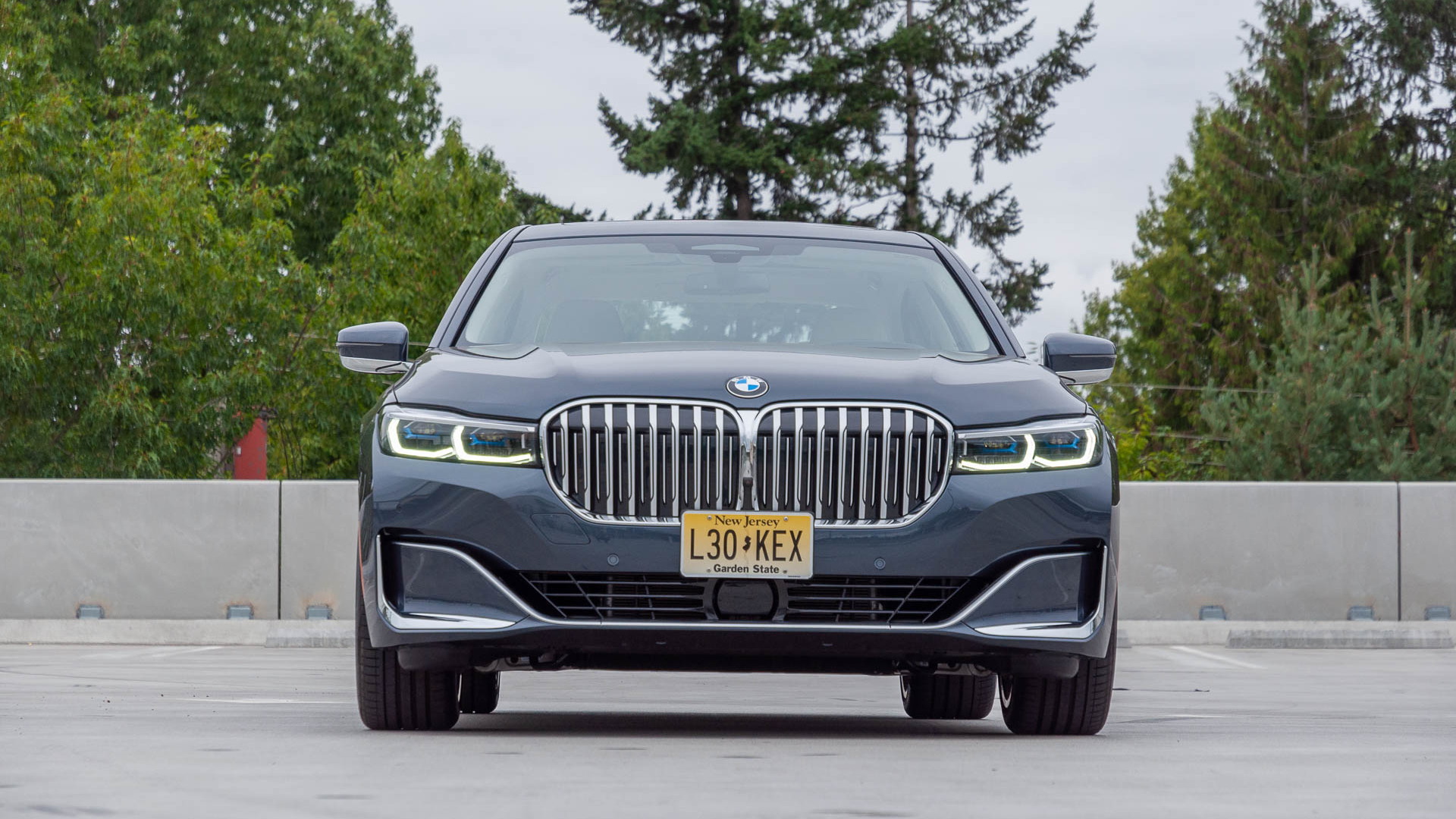 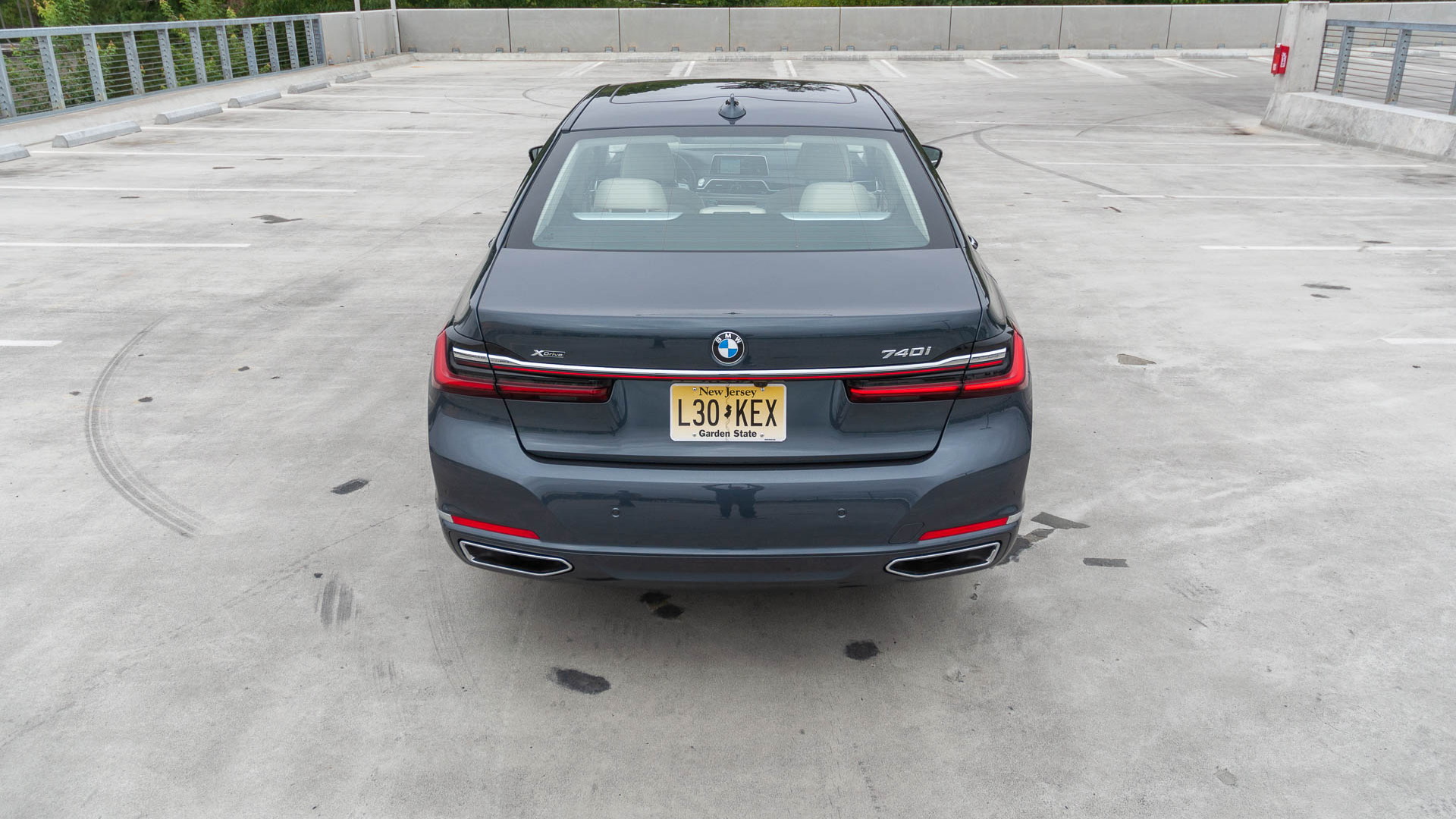 When the current-generation BMW 7-Series was released for the 2016 model year, it had a problem: It was largely invisible and people couldn’t distinguish it from its predecessor, according to BMW design boss Adrian van Hooydonk.

The 2020 BMW 7-Series has been refreshed and it’s certainly no longer invisible. It now features all the latest technology expected in a flagship luxury liner, though with the price of a luxury liner. I spent a long weekend with BMW’s land yacht and it’s clear the German automaker fixed its problem while potentially creating a new one.

Can you see me now?

No one’s going to mistake the 2020 BMW 7-Series for anything but a BMW. The grille, now 40 percent larger, shouts “BMW” louder than ever. Active aero plays a trick as it opens and closes the spaces between the vertical chrome slats, which means the entire grille area is solid when the car is turned off. Turn on the car and the slats do a dance as they open to let fresh air into the engine bay, which became a talking point when I took the car to a Portland Cars & Coffee in Oregon.

The front lower bumper features delicate details that look like a series of mail slots flanked by stylized air intakes at the corners..

Slimmer headlights and taillights, a tweaked hood shape, and a new bumpers all round out the exterior changes.

A 12.3-inch digital gauge cluster can be reconfigured, but it’s too busy to glance at while on the go whether in Comfort mode with orange gauges or Sport mode with red and white gauges.

The 10.25-inch touchscreen infotainment system can be operated via gesture control (a truly useless but novel feature to show off to friends) and BMW’s Drive controller with a touchpad on the top of the rotary knob. The latest iteration of BMW’s infotainment system is slick and relatively easy to use compared to previous iterations. Most climate controls and important radio controls use hard buttons so they don’t have to be accessed via the control dial. It's refreshing to have hard buttons in a modern flagship.

BMW is one of the few automakers to offer wireless Apple CarPlay and Android Auto, which makes using a smartphone for music or navigation while driving much more intuitive—when it works. Multiple times throughout the weekend CarPlay locked up when I started the car. It required a restart to unlock and reset the system.

Soft leather, glossy wood, cool metal, and soft-touch plastics cover the interior surfaces. At night, the ambient lighting can make the interior as moody as a rave. The vertical white light elements that run along the front of the rear doors really catch the eye. Thankfully, the light intensity can be turned down or off for those who want a more subdued atmosphere.

While the heated 20-way power front seats are firm yet comfortable, it’s the back seat that features first-class accommodations with enough leg room and head room for NBA players.

In Comfort mode, the big 7-Series floats like it’s out to sea. After just 20 minutes on the road, my wife was getting car sick as we crawled along in I-5 traffic.

Click the Sport mode button and the standard air suspension instantly firms up, the steering gets heavier, and the 8-speed automatic transmission drops a gear or two. This is the BMW I know.

The 335-horsepower 3.0-liter turbocharged inline-6 is far smoother than the turbo V-6 in the 2019 Audi A8 and it makes more pleasant noises as well. Its mostly flat torque curve and 330 pound-feet of torque can hurtle the 7-Series from 0-60 mph in about 4.8 seconds, and it doesn’t lose steam until well past illegal highway speeds. Who needs the heavier, thirstier twin-turbo V-8?

With its Carbon Core platform and advanced material mix, the 740i xDrive weighs in at a healthy 4,381 pounds. It never feels an ounce lighter than that, and its exceptional length (206.6 inches) is always front of mind. BMW doesn’t offer a short-wheelbase 7-Series in the U.S. anymore (RIP Sport Shorty), so it’s all long wheelbase all the time. The length meant I had to pay closer attention when cornering to avoid nicking my tester’s optional $2,600 20-inch BMW Individual V-spoke wheels on curbs.

The 7-Series is BMW’s flagship and it comes with a price to match. My tester cost $102,895, considerably higher than its $87,445 base price. Options such as LED laser headlights, a 16-speaker 1,400-watt Bowers & Wilkins sound system, those gorgeous 20-inch wheels, a color head-up display, and plenty of advanced safety tech that helps steer the car on the highway all contributed to the six-figure price.

The 7-Series has gotten larger, softer, and a bit flabbier over the years, but BMW has given it some serious reconstructive surgery for 2020 to make a visual statement.

Whether it’s the statement buyers are looking for is yet to be seen, but with that in-your-face grille the 7-Series might have a new problem.