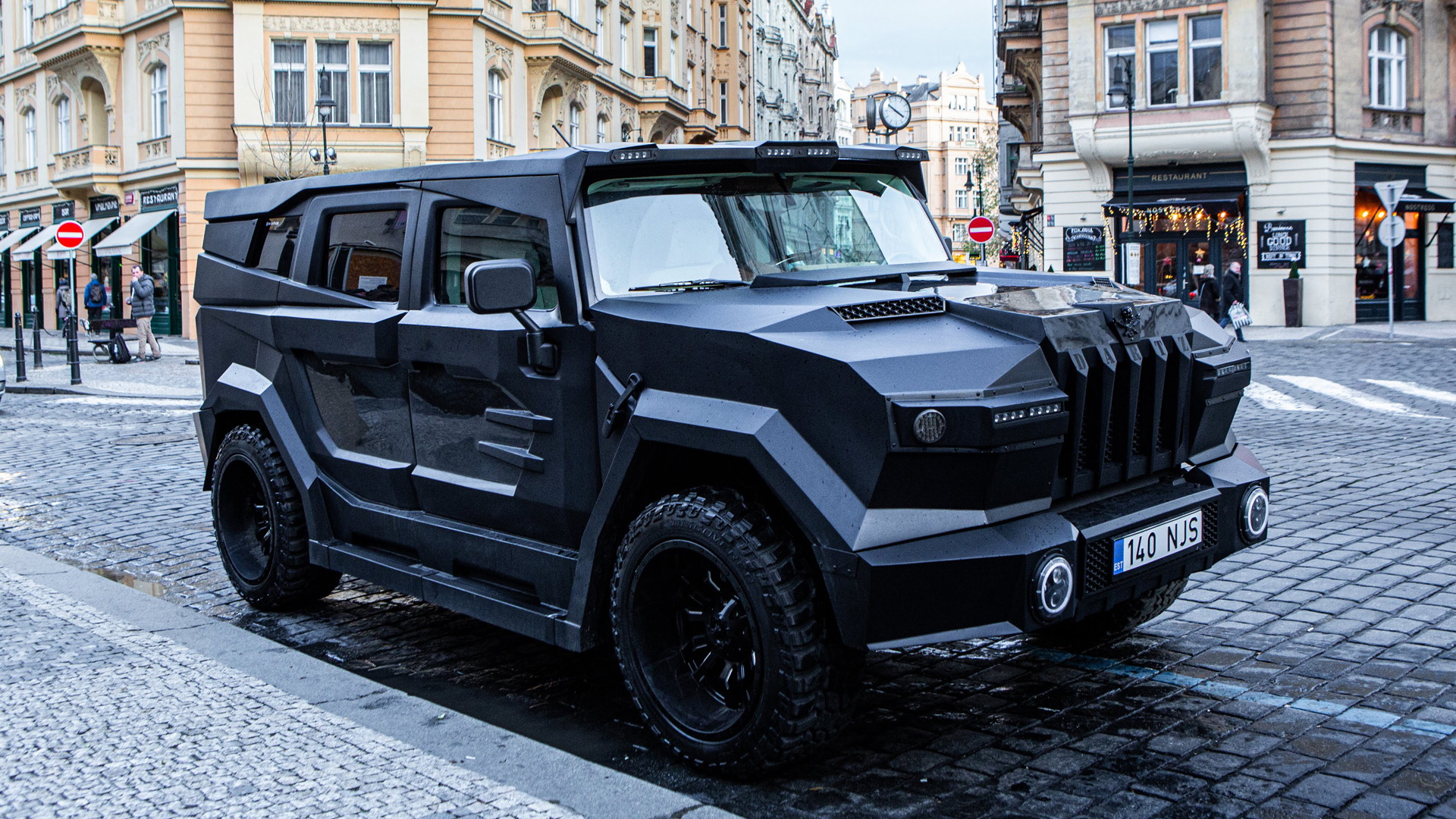 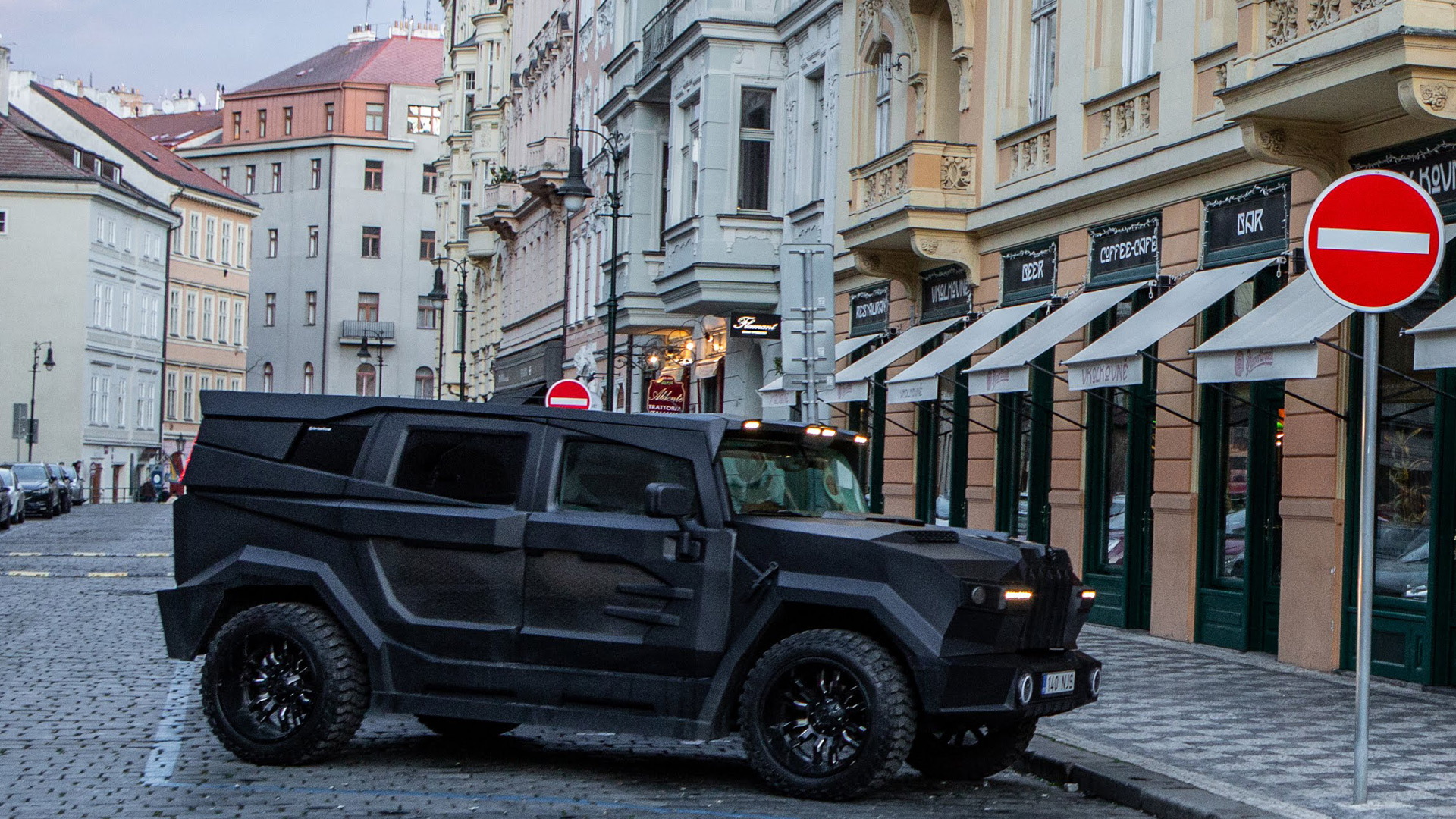 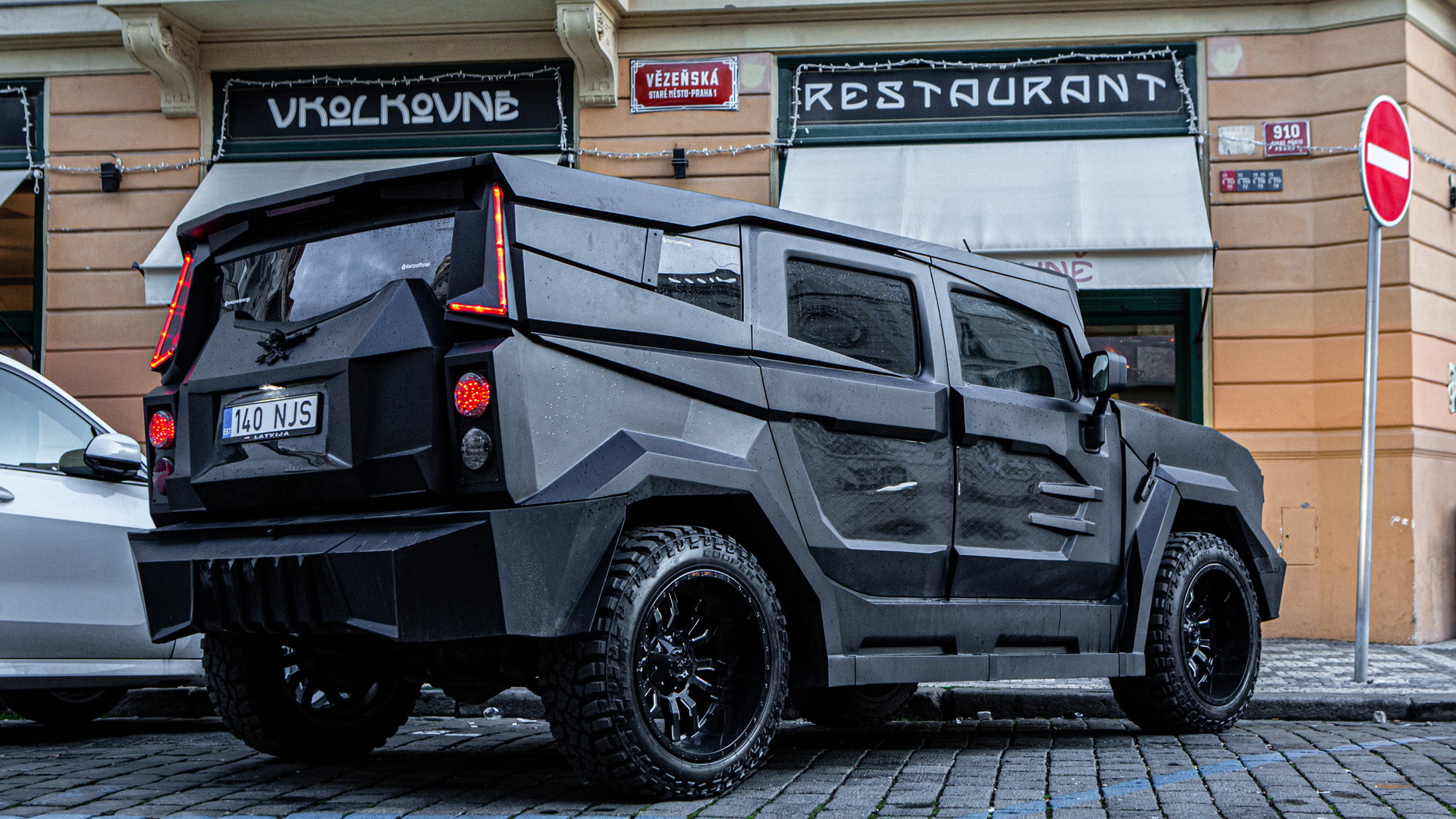 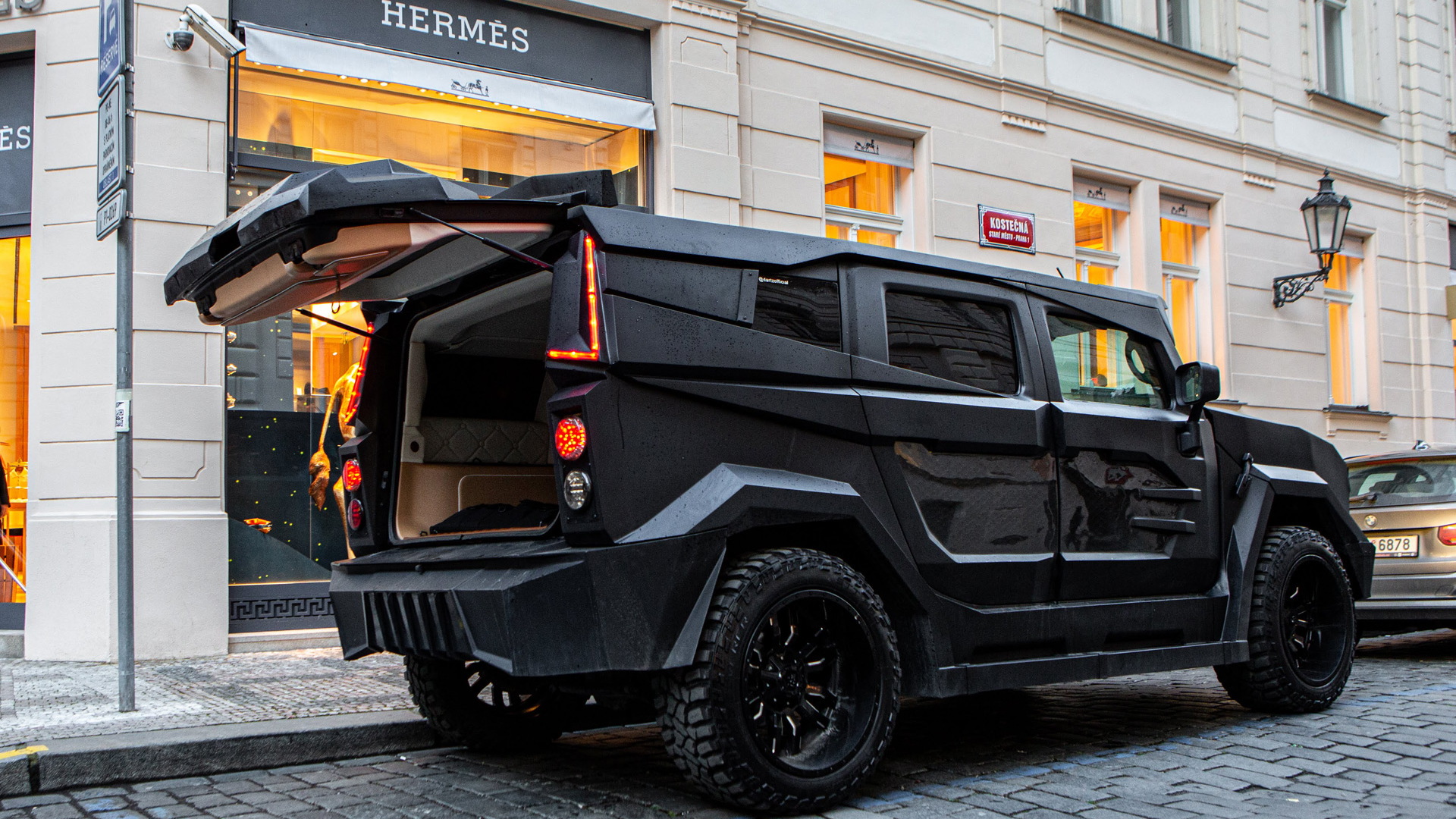 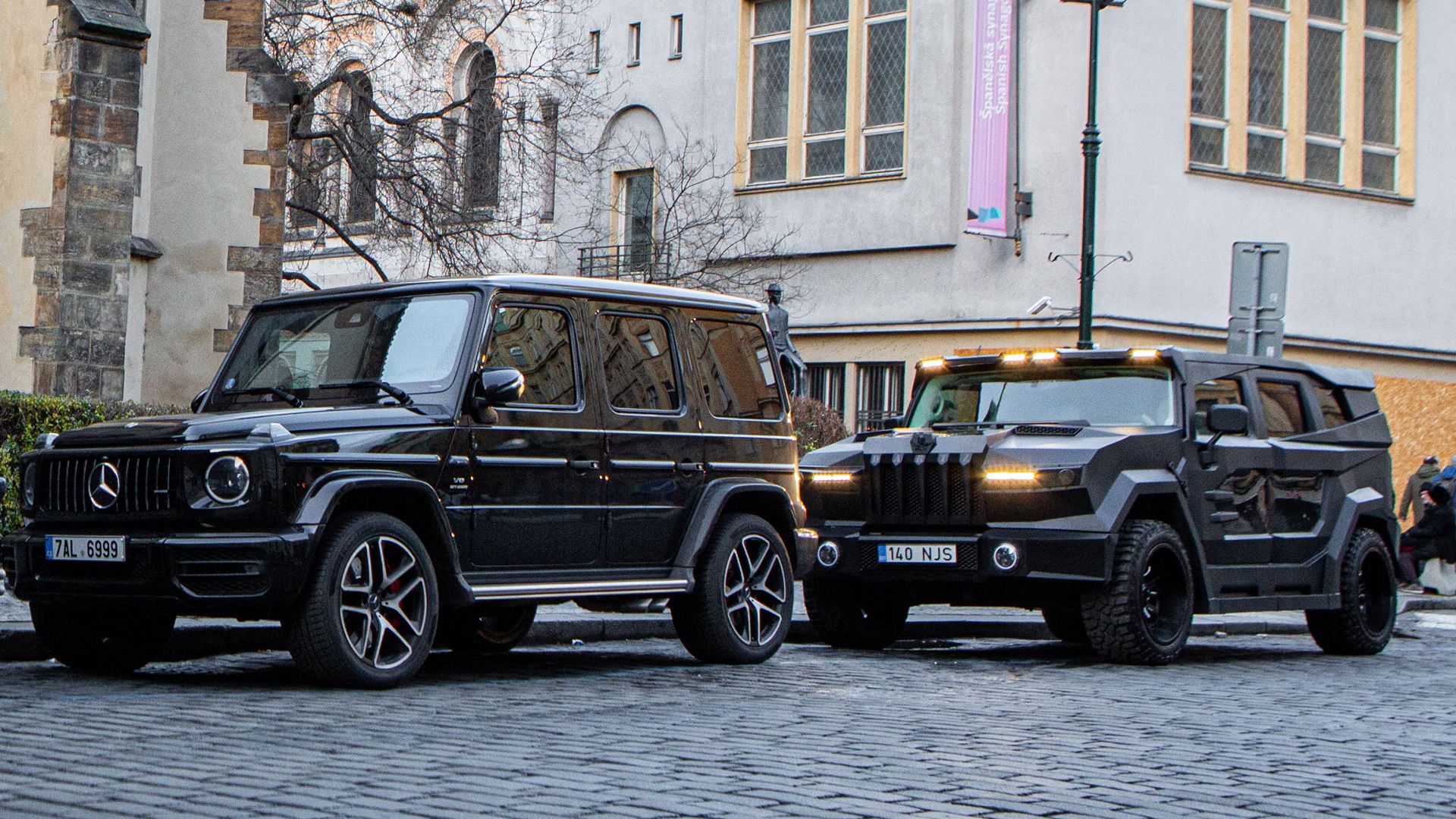 The crazy folks at Dartz in November unveiled their latest creation, the Prombron Black Stallion, a vehicle so mean it manages to make the donor Hummer H2 on which it is based look tame in comparison.

The first customer example has now been delivered, just in time for Christmas.

You might be wondering who actually buys a Dartz. Well, in the case of the first Black Stallion, it was delivered to a company in the Czech Republic that specializes in food and drink products that feature cannabis in their list of ingredients. The SUV will be used to promote the company's new energy drink, SoStoned.

We also know that another example of the menacing SUV will have a starring role in an upcoming movie, though Dartz isn't allowed to say which just yet. You may recall that a previous Dartz, the Prombron Kombat, starred in 2012's “The Dictator.”

While the Black Stallion is based on the H2, it doesn't share a single body panel with the Hummer. This isn't the case with the interior, where several original Hummer elements are still present, particularly around the dash. Dartz has done its best to spruce things up, including adding the brand's signature alligator skin trim. You'll even find some alligator skin behind the fuel filler cap. Don't ask us why.

The Latvian firm offers powerful engine upgrades in its vehicles, though this particular Black Stallion features its donor Hummer's stock mechanicals. This means a naturally aspirated V-8 up front, an automatic transmission, and four-wheel drive.