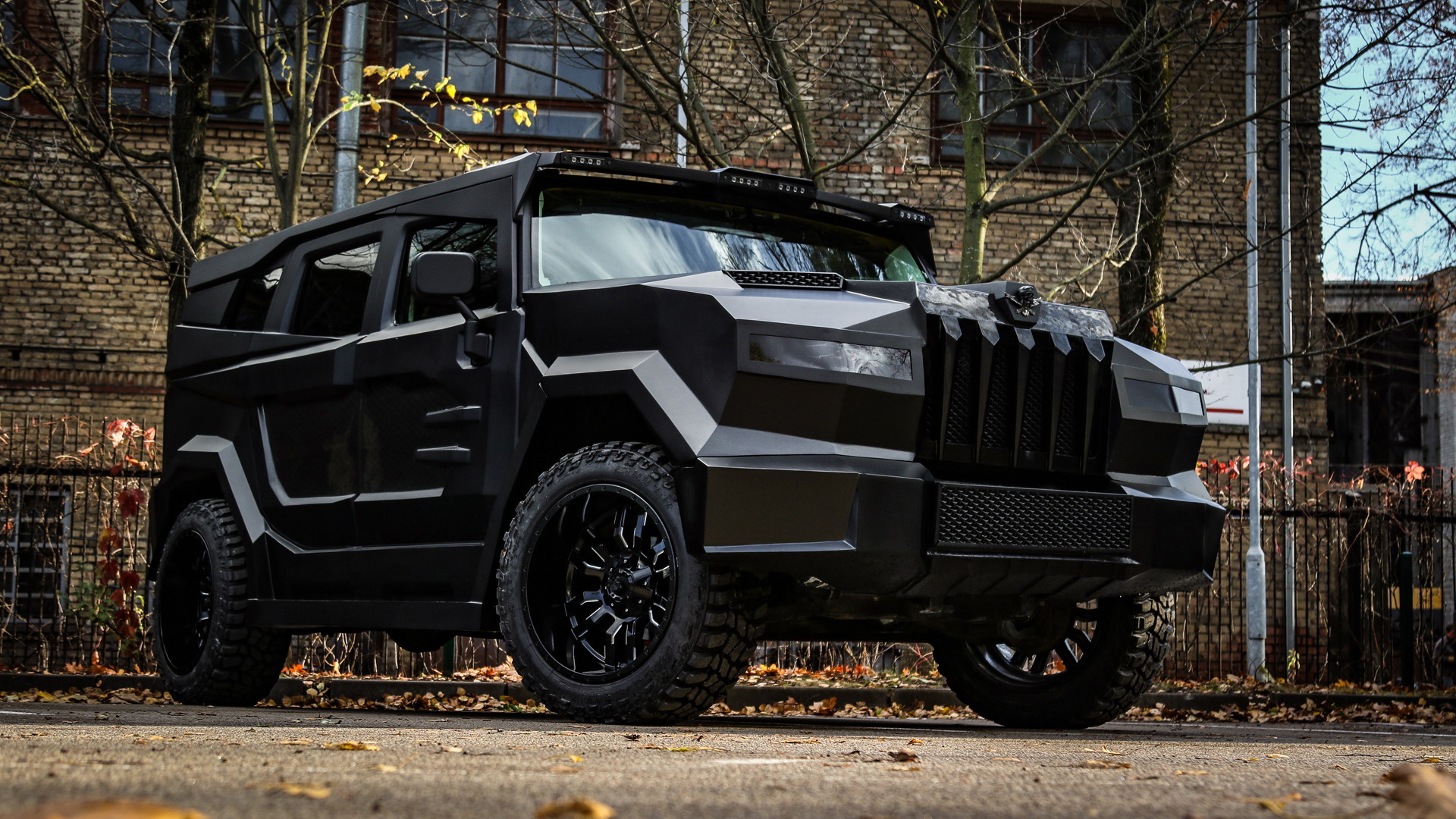 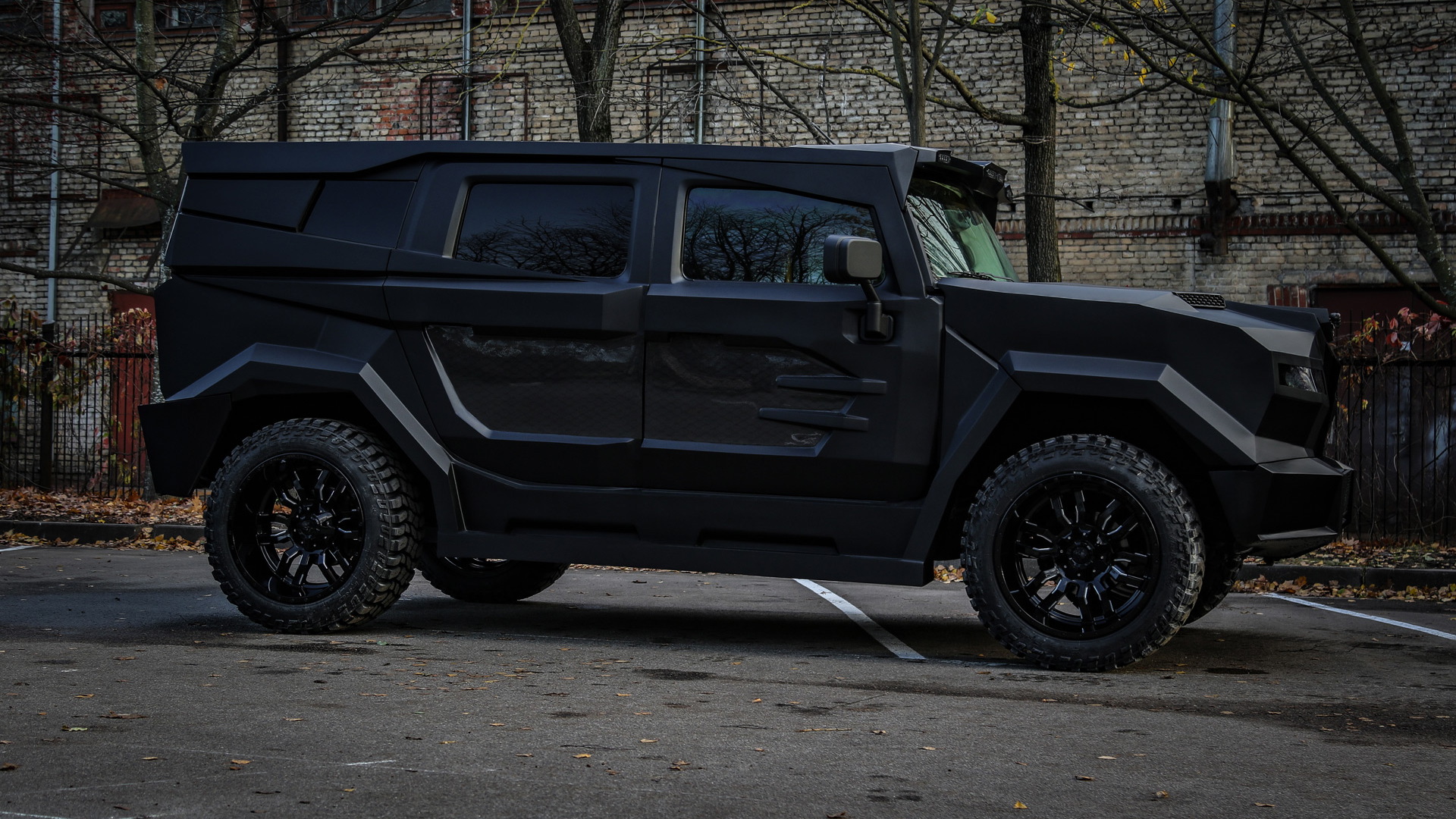 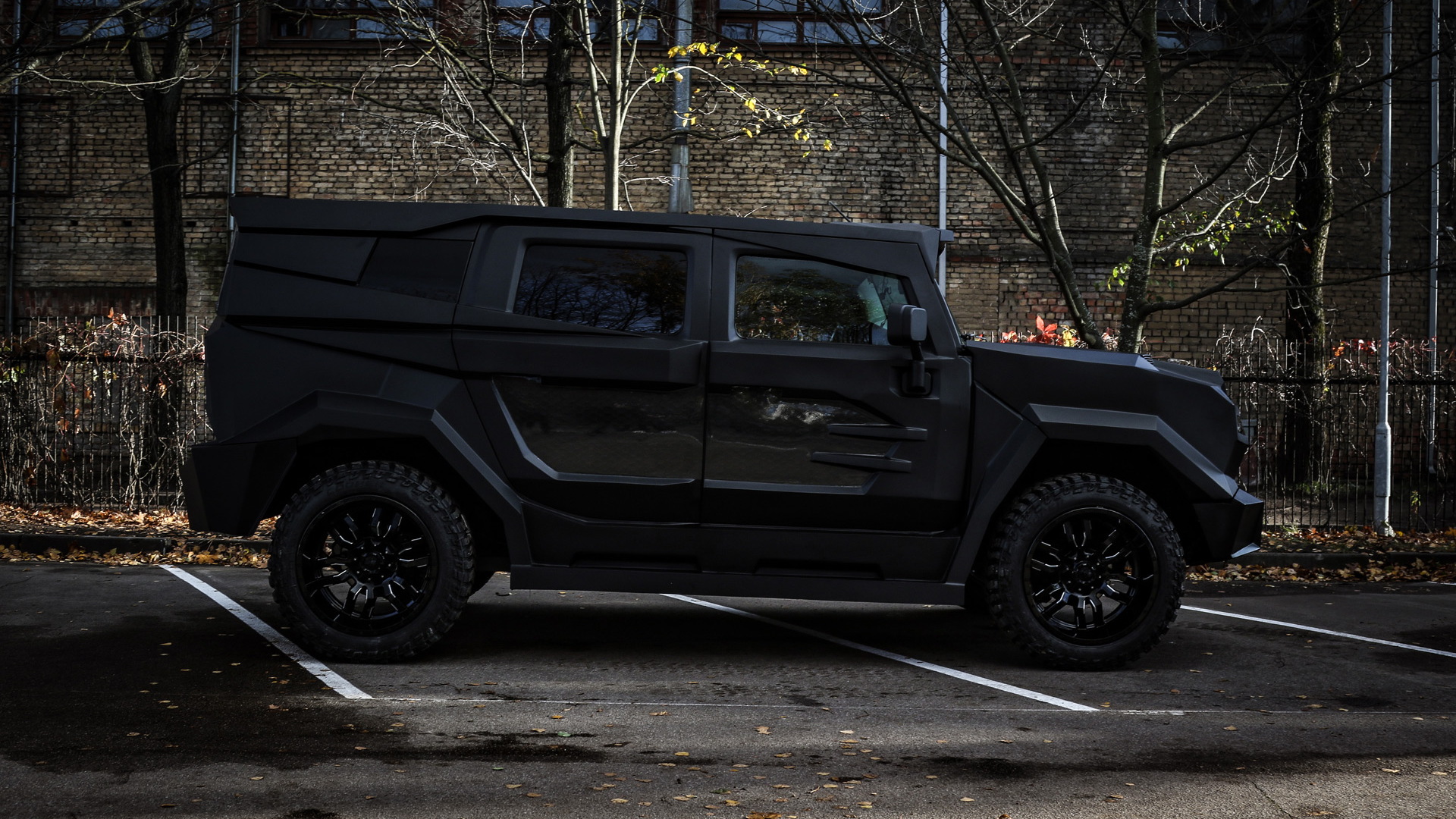 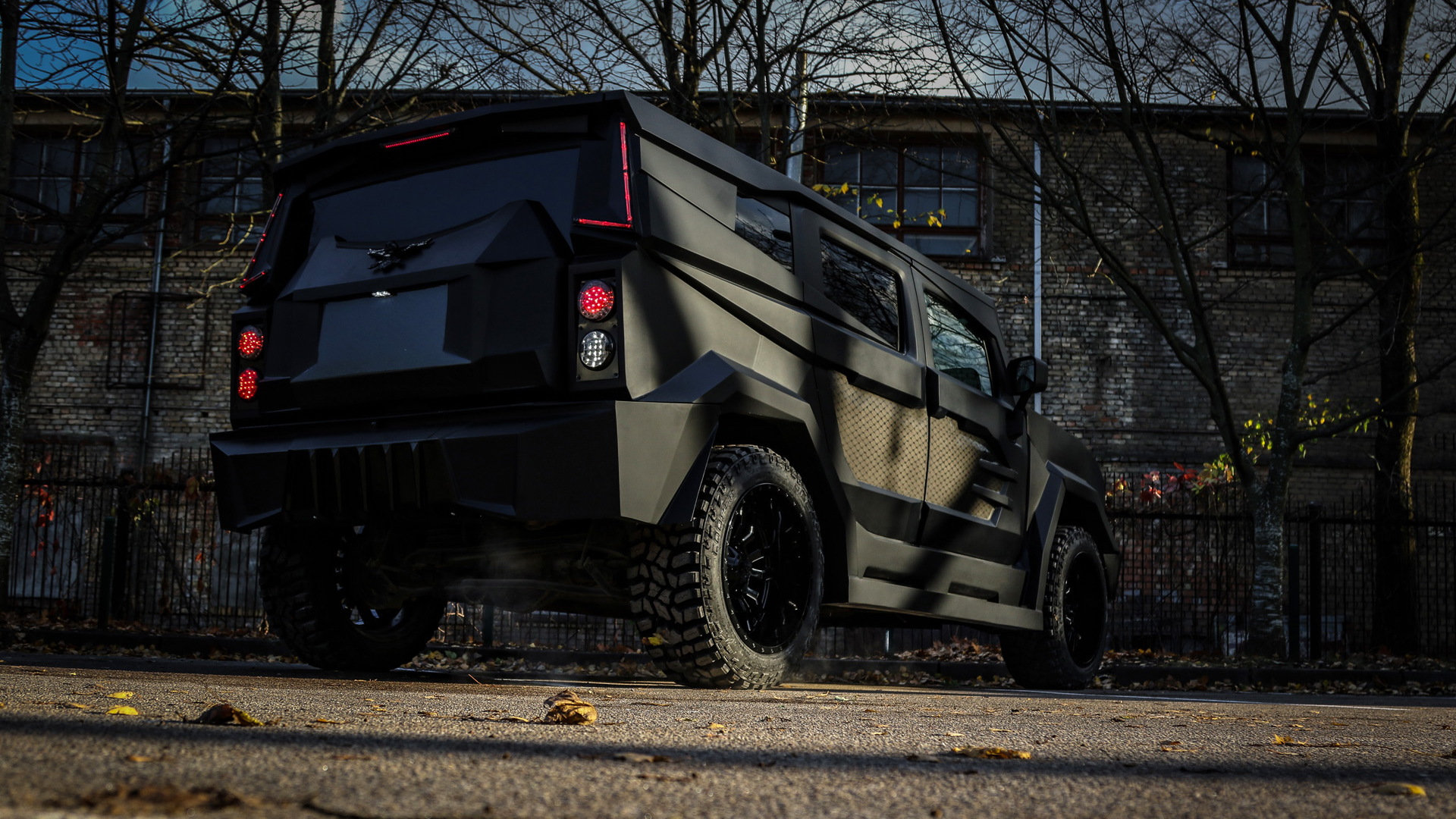 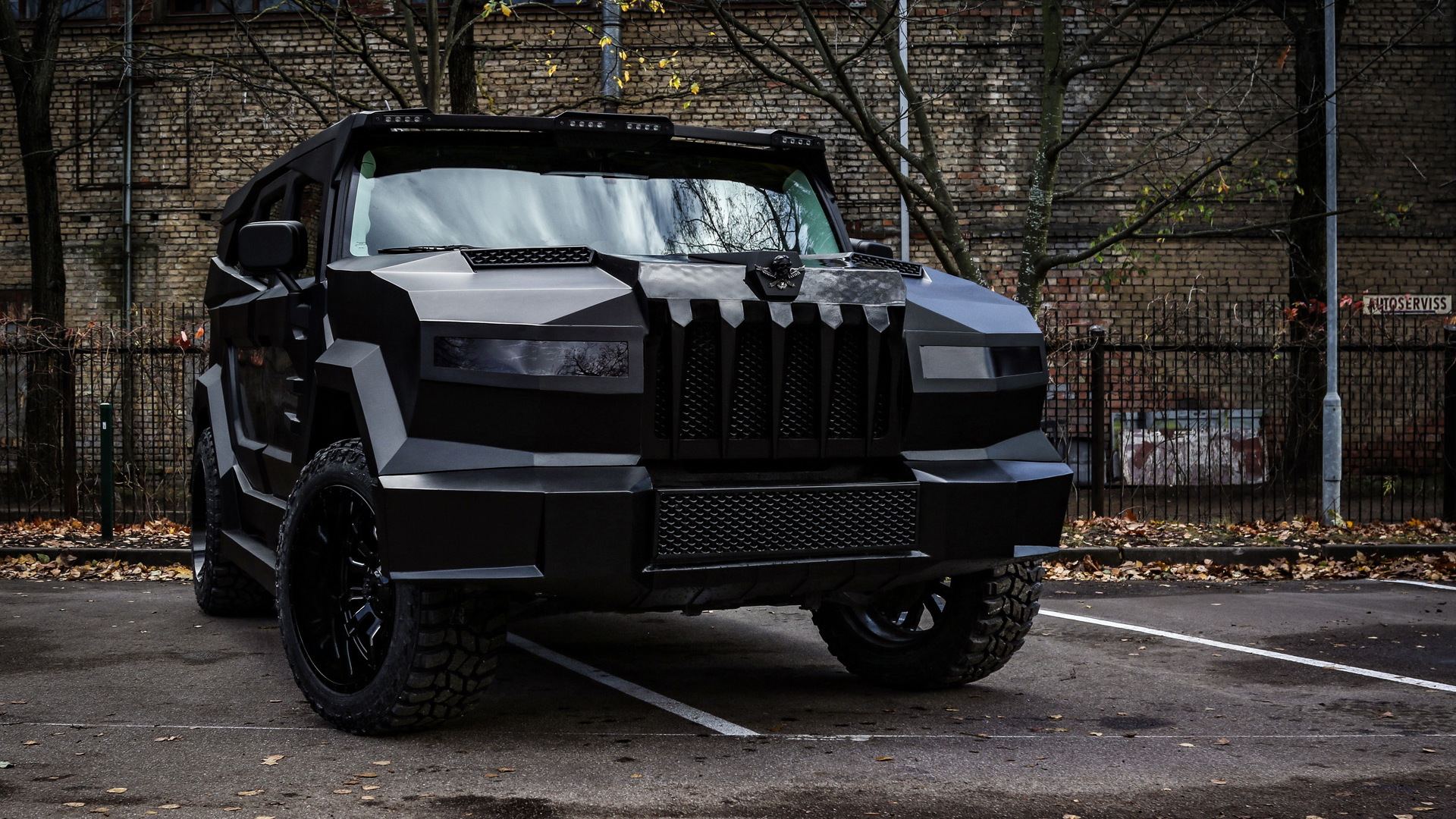 Latvia's Dartz is back with a new model from its Prombron line of tough, militarized vehicles decorated with ridiculous levels of luxury and customization.

Before you get too excited, we should point out that the new model, dubbed the Prombron Black Stallion, is a one-off set to star in an upcoming movie. The last time a Dartz appeared on the silver screen was in 2012's “The Dictator.”

The new model is clearly based on a Hummer H2, and Dartz remains quiet on just what modifications were made. What we can gather from the official photos is that the body has been encased in protective elements and decorated with Dartz's skull logo. There's even one hiding behind the fuel filler cap, backed by piece of alligator skin no less.

Like most of Dartz's SUVs, the Prombron Black Stallion draws its name from a military helicopter, in this case the Sikorsky CH-53E Super Stallion.

Could we see more examples in production? Dartz isn't saying but the company is producing a similar model based on the previous-generation Mercedes-AMG GLS63. It's called the Black Alligator and comes with many of the features you see here.