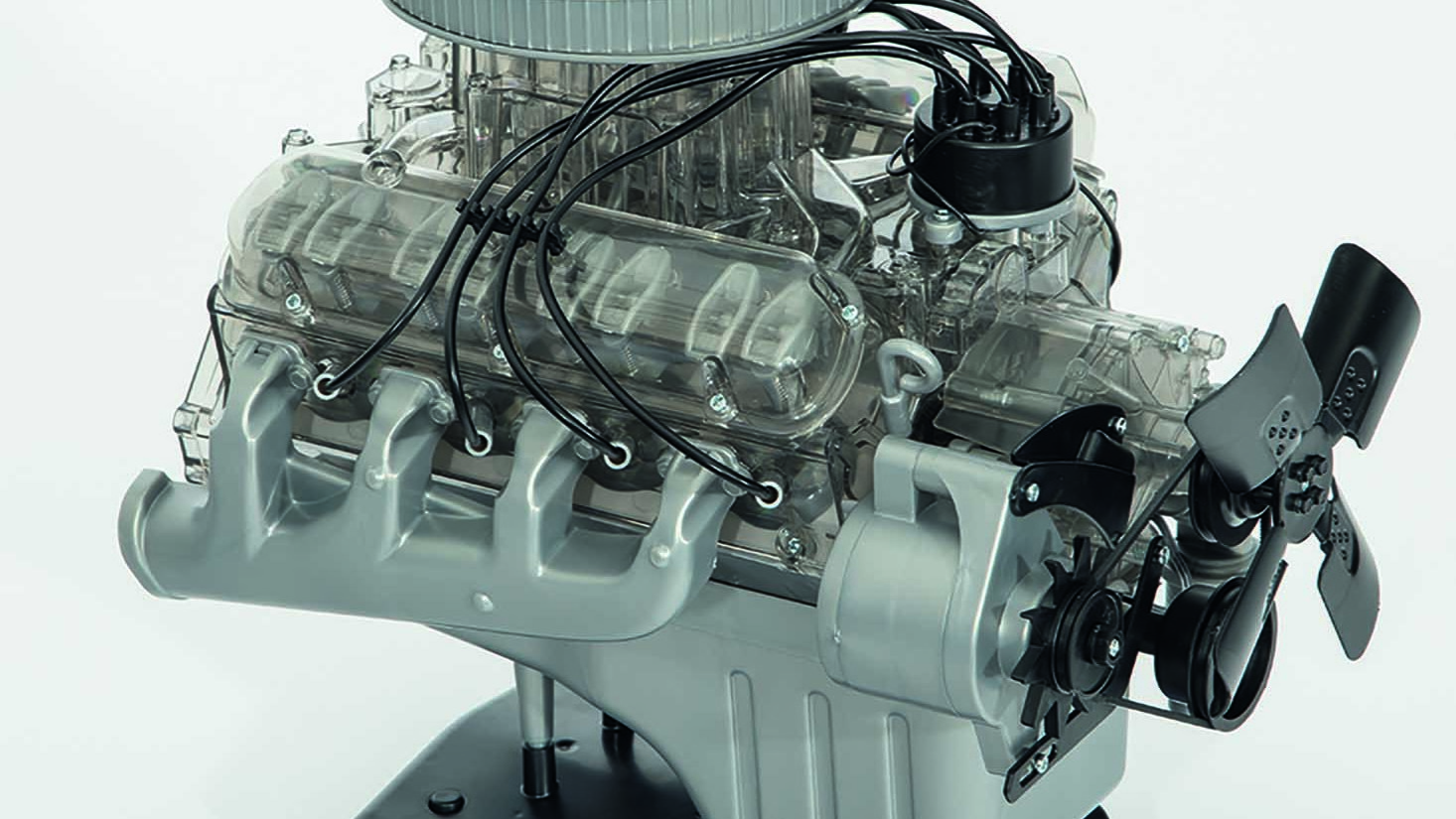 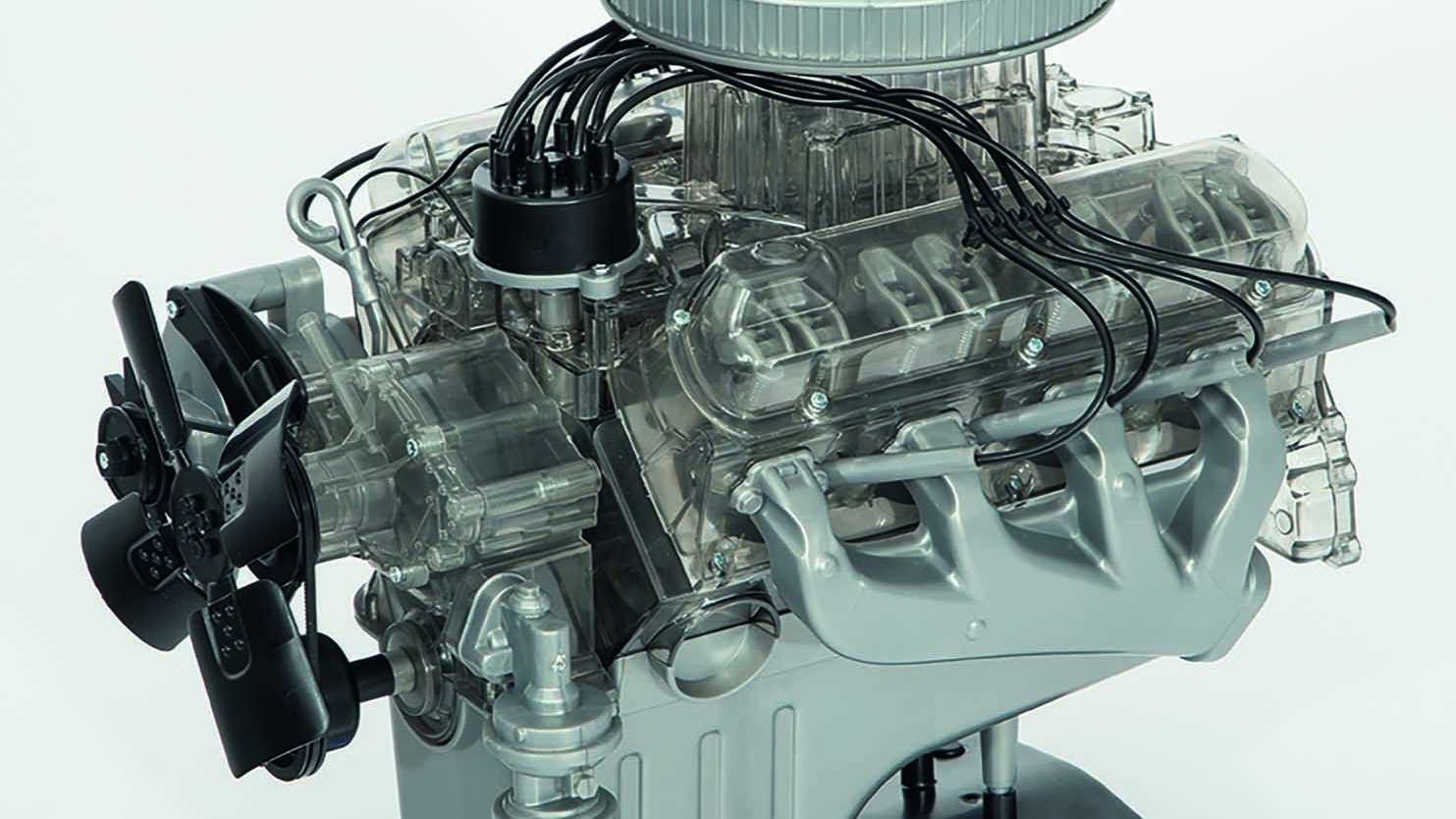 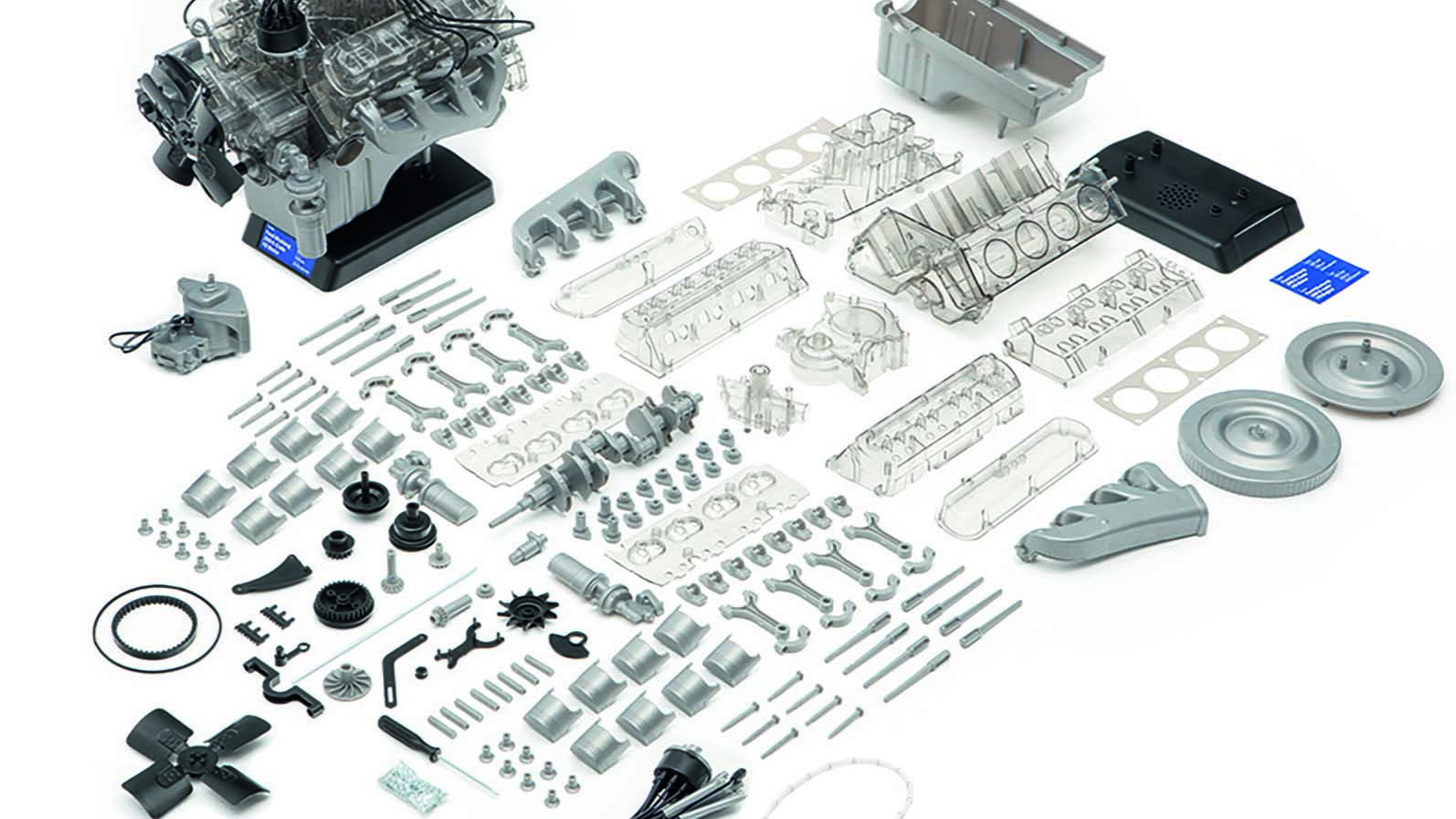 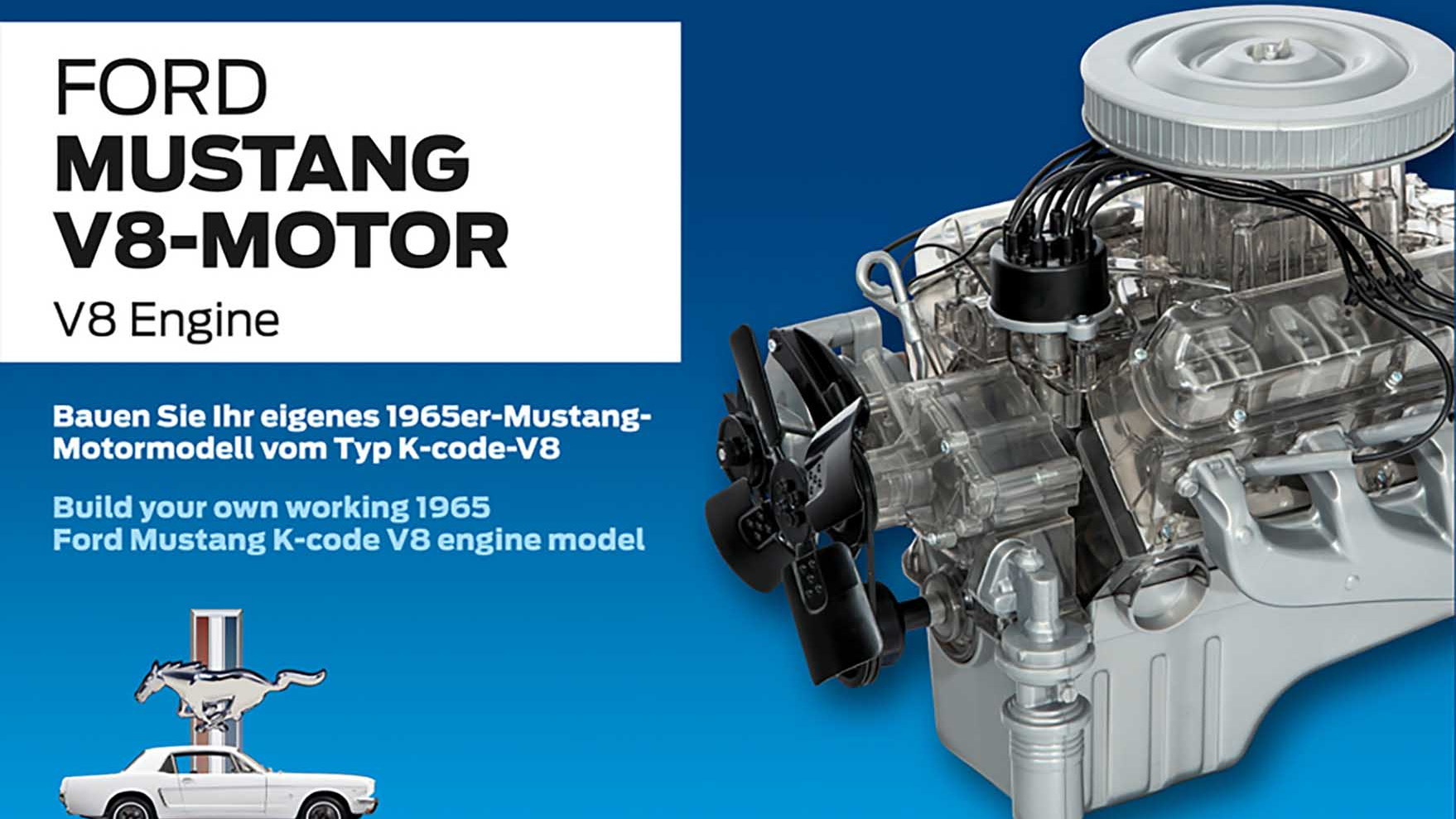 Many of us don't have access to an engine pulley, complete tool chest, endless time, garage space, patient partners and spare cash.

To help us overcome our lack of a complete garage and shop tools, German model company Franzis offers a 1:3 scale model of the 1965-1967 Ford Windsor V-8 with crankcase, pistons, valves, and rods, that can be built in about four hours without glue or a quart of Quaker State. The engine measures more than 10 inches long, nearly 8 inches wide, and 10.7 inches deep when fully assembled. It's plastic, because metal parts would be far more expensive, heavier, and probably too heavy for a coffee table showpiece.

The working model runs on three AA batteries—not regular unleaded—and lights up in the true-to-form firing order of the K-Code Mustangs of yesteryear. Power output is pegged at a small breeze from the working fan, but at least there is a soundtrack to accompany the engine on startup.

There are more than 200 pieces in the kit and it costs about $190 from retailers such as Amazon and direct from the German company, which is similar to large-scale models from LEGO and others. But the working engine offers a color illustration guide for aficionados and Mustang buffs, and a few hours of respite on Christmas mornings or Hanukkah days where gearheads can put together a hero model in the comfort of their own living room in their pajamas—no degreaser or torque wrenches required.

It's one of three automotive models from Franiz, including Porsche flat-6 engines, that are available from the model company and we hope there are more to come. May we suggest the Chrysler 7.2-liter V-8, Toyota 2JZ, and Chevy small block as next year's must-have gifts?