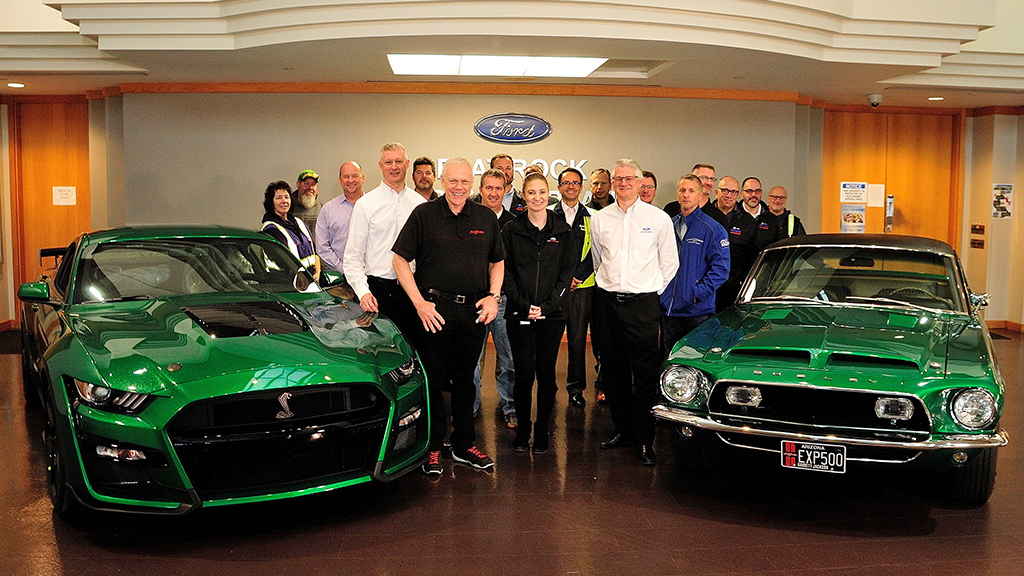 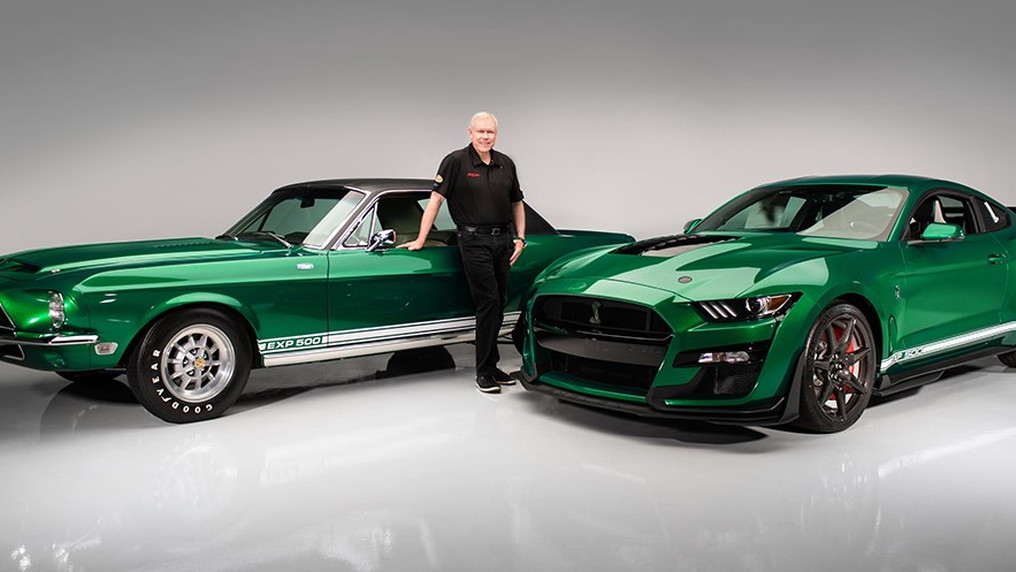 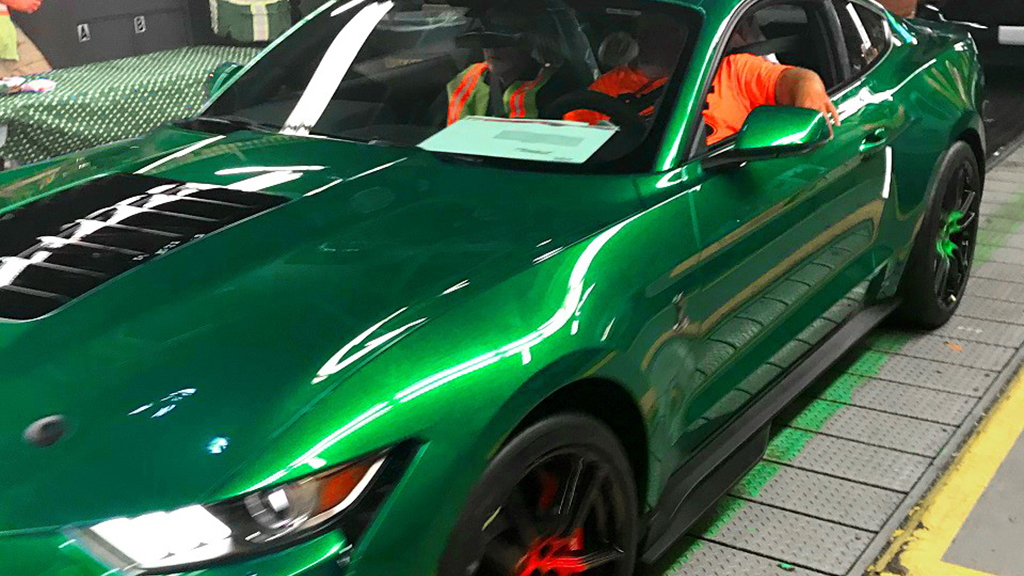 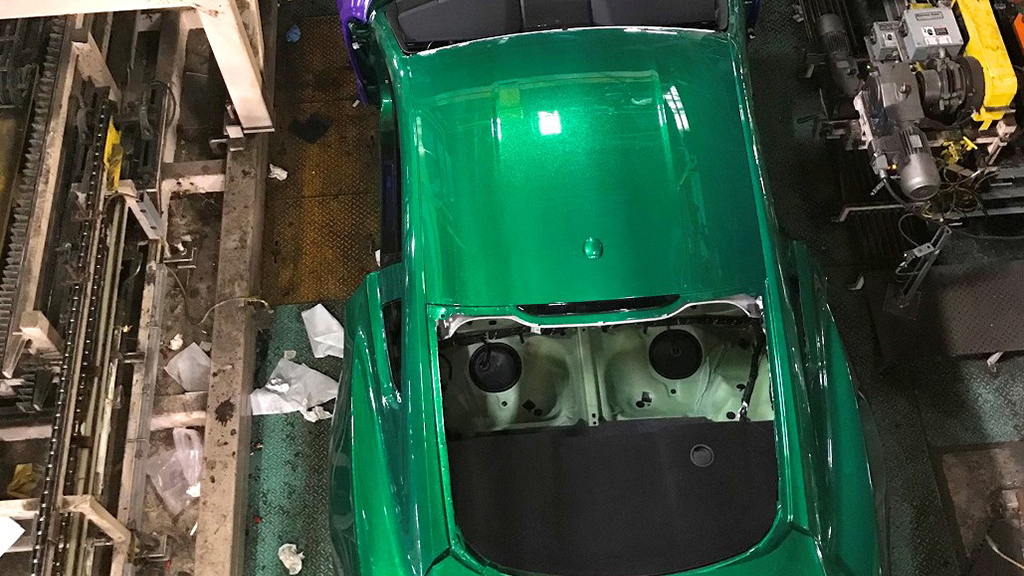 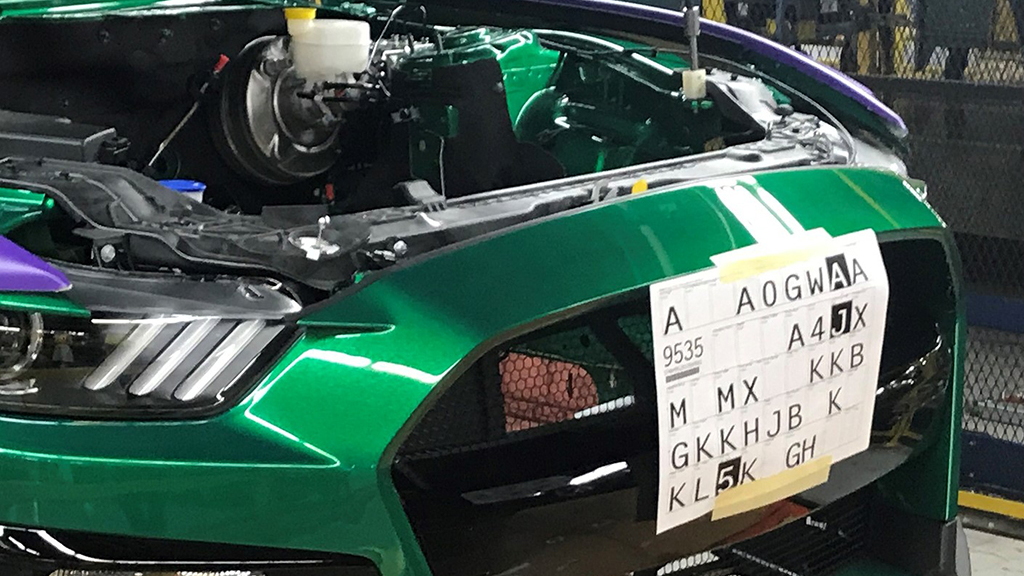 Ford last week delivered the first 2020 Mustang Shelby GT500, a special one-off version with a paint job that matches the color of a 1968 Mustang prototype used by Shelby American as a development mule, a car famously known as the Green Hornet because of its bright green paint finish.

The Shelby GT500 with a VIN ending in #001 was delivered to Craig Jackson, CEO and chairman of the Barrett-Jackson auction house, who bid $1.1 million for the rights to the car at a charity auction held in January. It now sits in Jackson's collection which includes the original Green Hornet.

Jackson and his wife Carolyn were invited by Ford to witness the special Shelby GT500 roll off the line at the car's Flat Rock Assembly Plant in Michigan in October. The color was achieved with a Lime Green base topped with Candy Apple Green.

“In making this request, I truly had no idea what an extraordinary undertaking it was, but BASF and the paint specialists at Penske went above and beyond to make that happen,” said Jackson. “The entire team at Ford went out of their way to help my dream become a reality, and I couldn’t be more grateful.”

Beyond its unique paint job, the car also dons a hand-painted “EXP500” label on its flanks and body-colored side mirror housings, to further tie it to the Green Hornet. The label, which stands for “Experimental Prototype,” signified the original car as a development mule at Shelby.

The 2020 Shelby GT500 is on sale now priced from $73,995, including destination. It comes standard with a 760-horsepower, 5.2-liter supercharged V-8, a 7-speed dual-clutch transmission, and Michelin Pilot Sport 4 summer tires. According to Ford, the car will run the quarter-mile in under 11 seconds, and blast 0-60 mph in the mid 3.0-second bracket.

Jackson's Shelby GT500 will be on display alongside the Green Hornet and another original Shelby prototype known as Little Red at Barrett-Jackson's auction in Scottsdale, Arizona, next month. Little Red is a long-lost Shelby prototype discovered by Jackson in 2018. It's just undergone a full restoration and the showing at the auction will be the first public outing for the car.