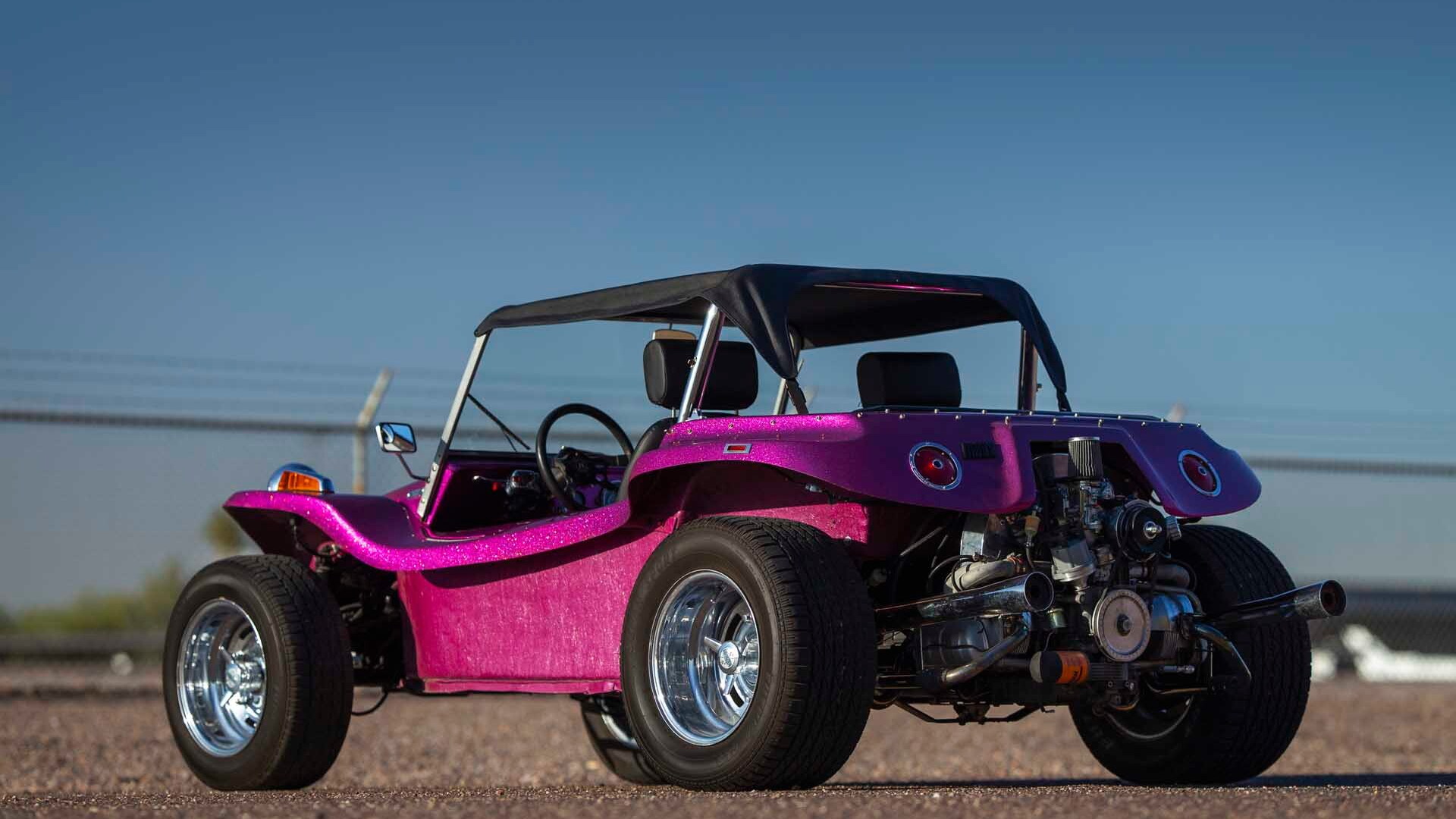 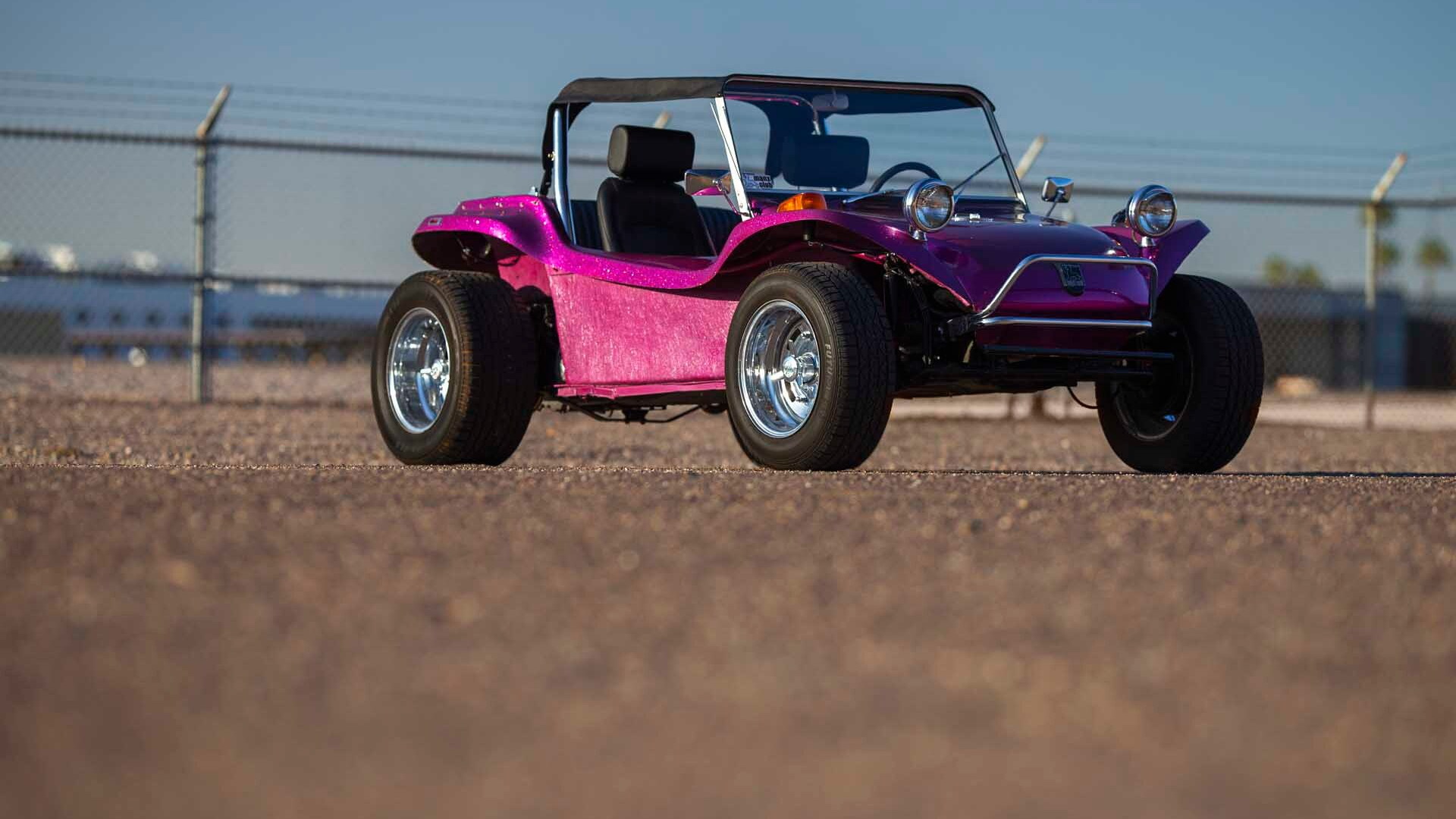 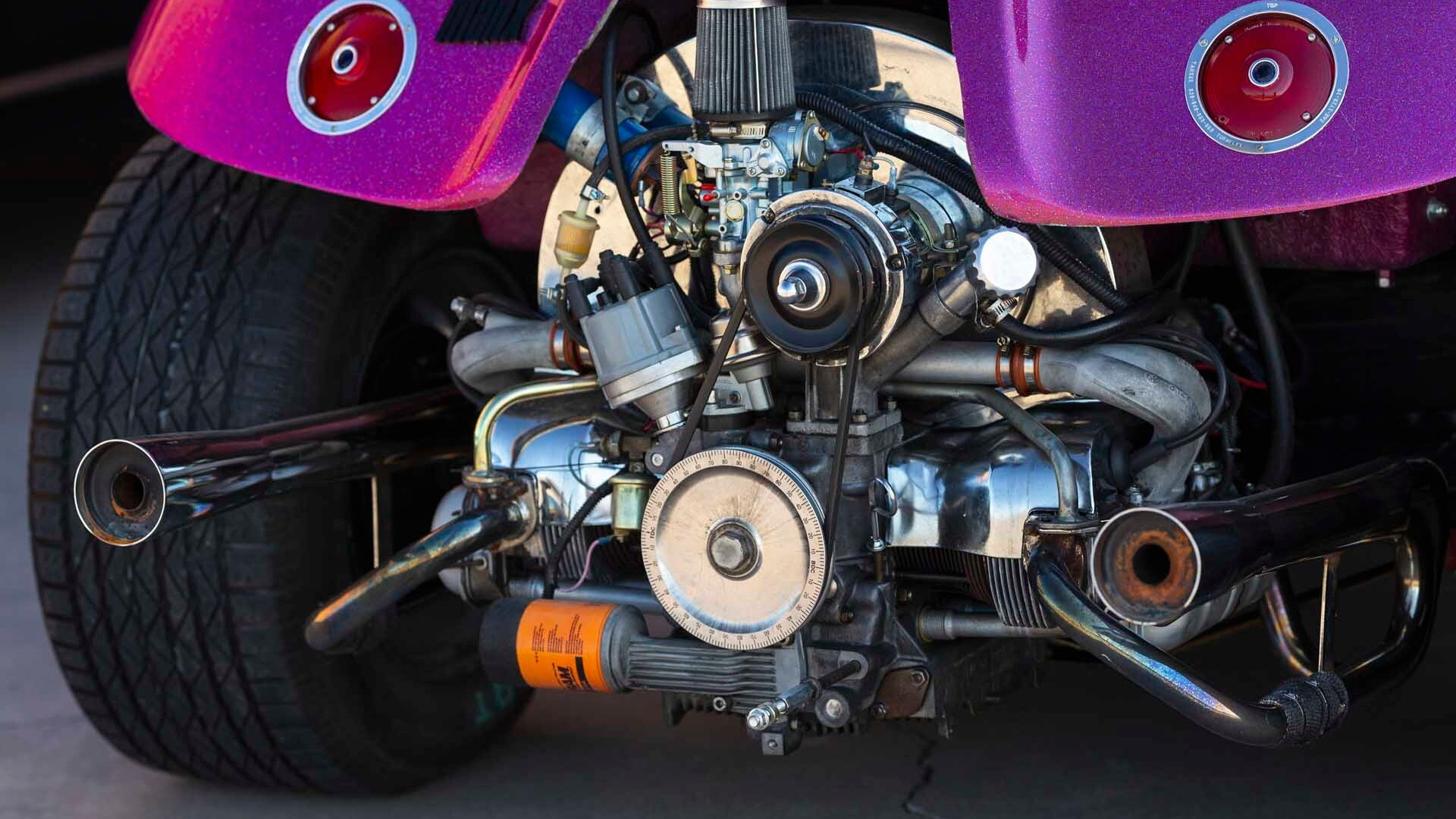 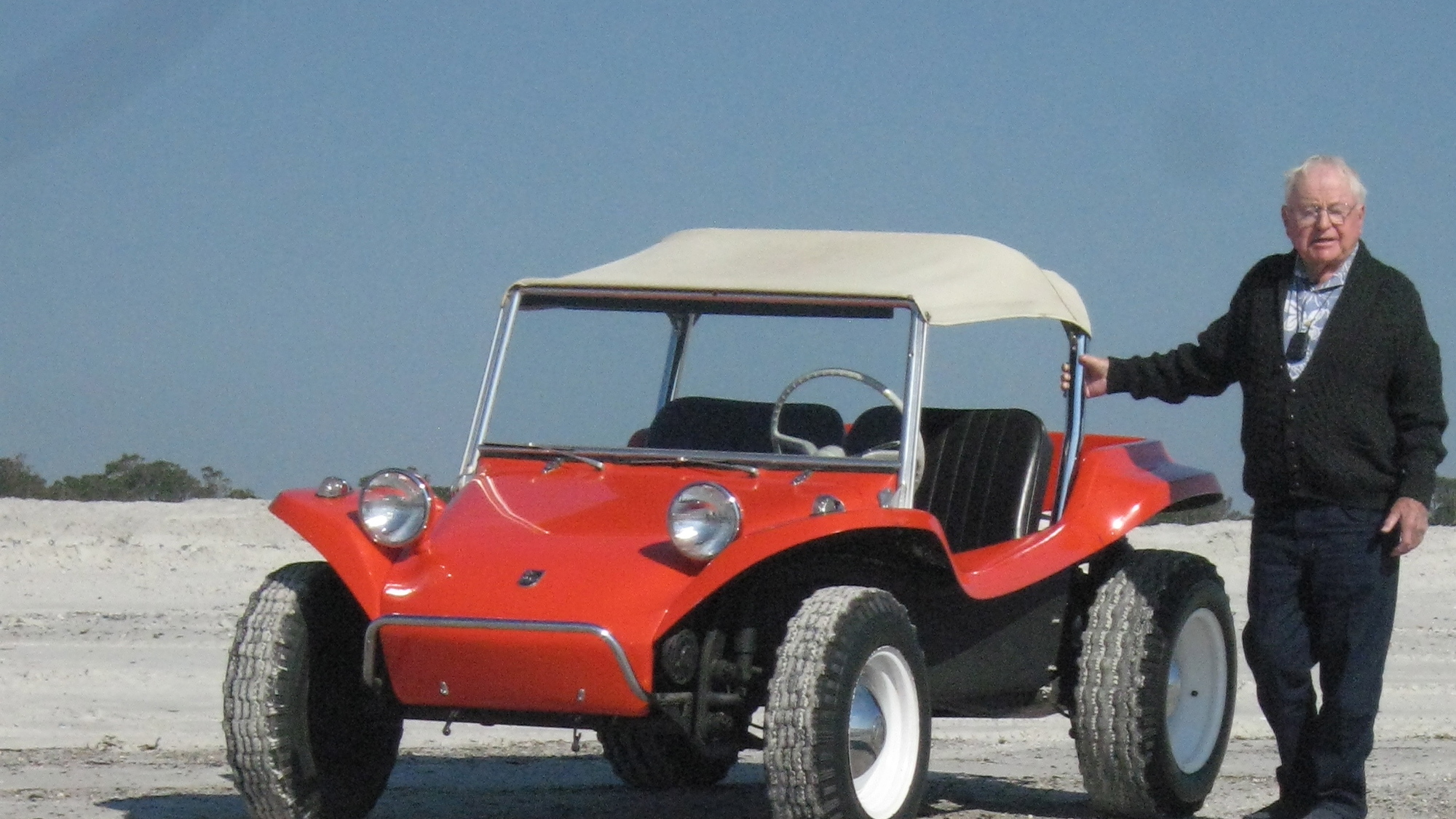 Those early buggies weren't just labors of love, they were the labors of Meyers in a small workshop with a small staff making fiberglass tubs from just a handful of molds whenever they could.

Bruce Meyers and the Meyers Manx

Now, one of Meyers' oldest buggies will go up for sale at a Russo and Steele auction on next month in Scottsdale, Arizona. The purple gel-coated example here is a 1962, which likely refers to the donor VW Beetle from which it's based.

It's unclear where in the original run this buggy comes from, but it's based on the shortened VW Beetle floorpan that Meyers used after 1964 to create the Manx that eventually exploded and gave rise to the beach buggy craze from that era.

In addition to the original paint and body, the 1962 buggy for sale includes a Type 3 1.6-liter flat-4 borrowed from a later Beetle, an air shock rear suspension, 15-inch wheels with Cragar SS 5-lug Knockoffs, and a soft-top roof.

Meyers made more than 5,000 original Manx buggies, and several thousand derivatives of the concept later on, but his Manx would quickly be copied by hundreds of copycat companies. Meyers took the companies to court and lost, before virtually abandoning the business altogether for most of the 1970s, 1980s, and 1990s.

In addition to creating the buggy, Meyers vaulted the popularity of the Mexican 1000 off-road race by dominating it with his buggy—the Mexican 1000 eventually became the Baja 1000.

Meyers is now in his 90s and has been embraced by Volkswagen via its ID Buggy concept based on an electric platform, even though original memories of the Manx may be fading. But one of his early buggies, in a relatively rare color, can live on longer in a new buyer's garage next month.