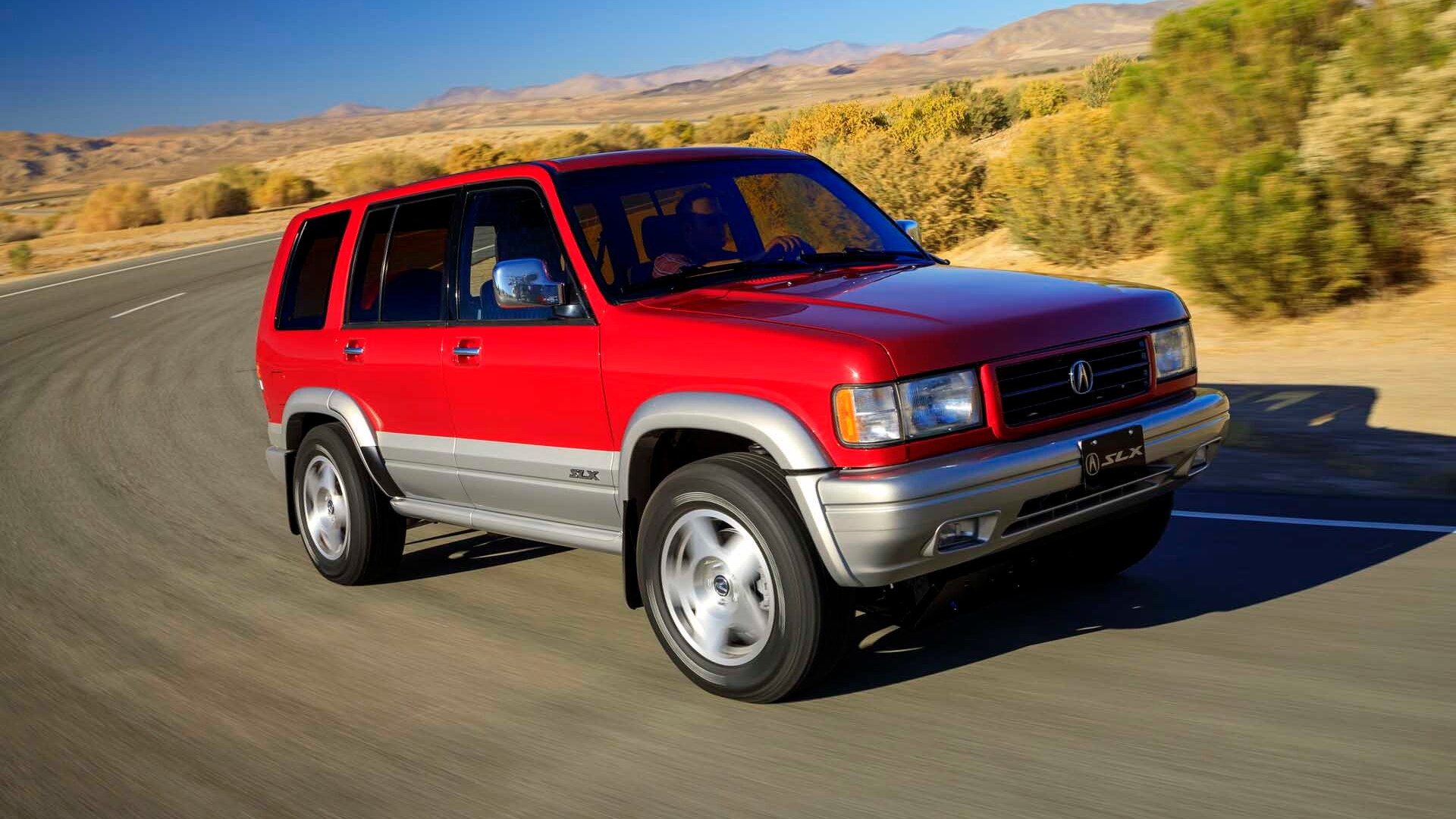 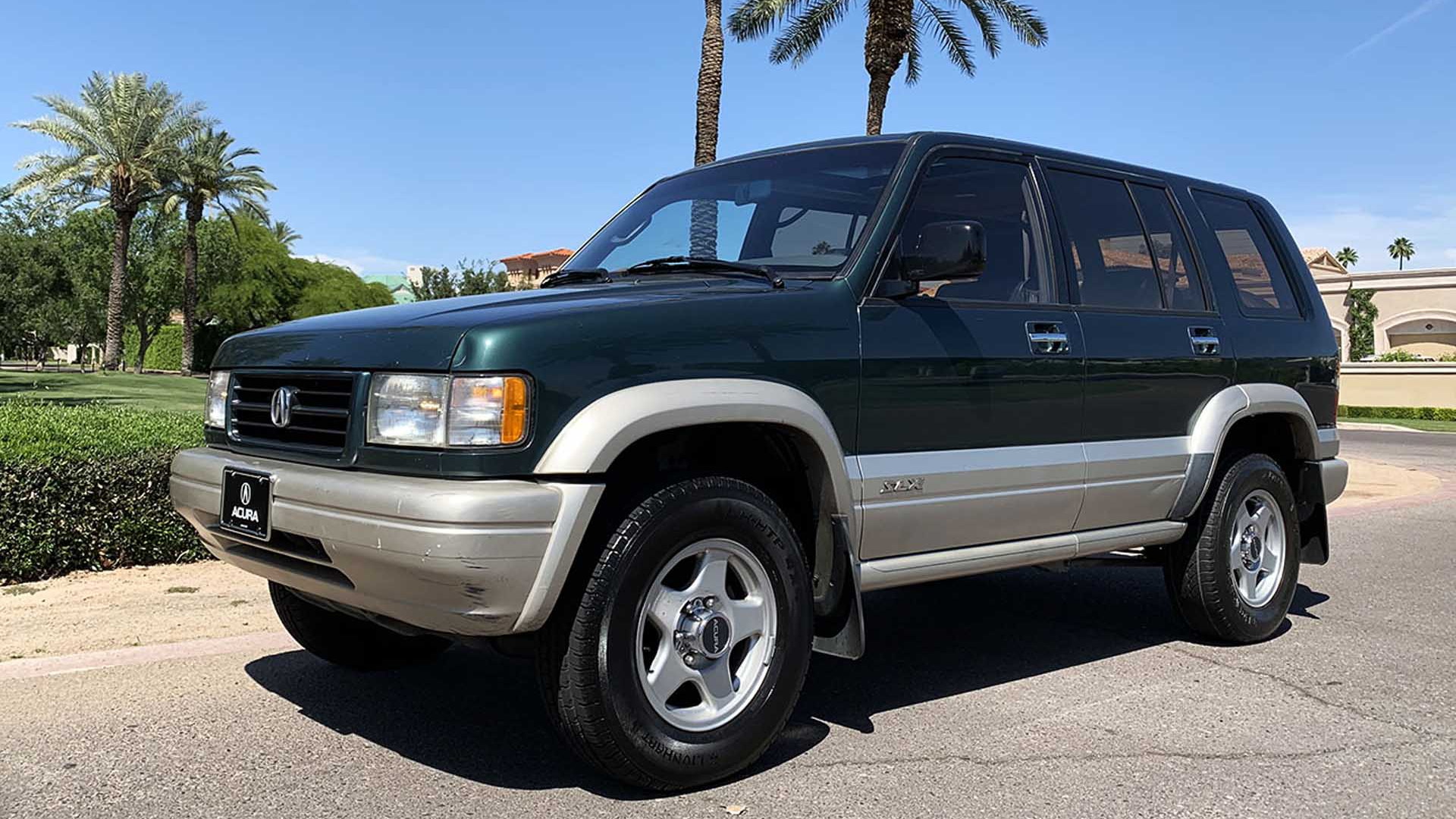 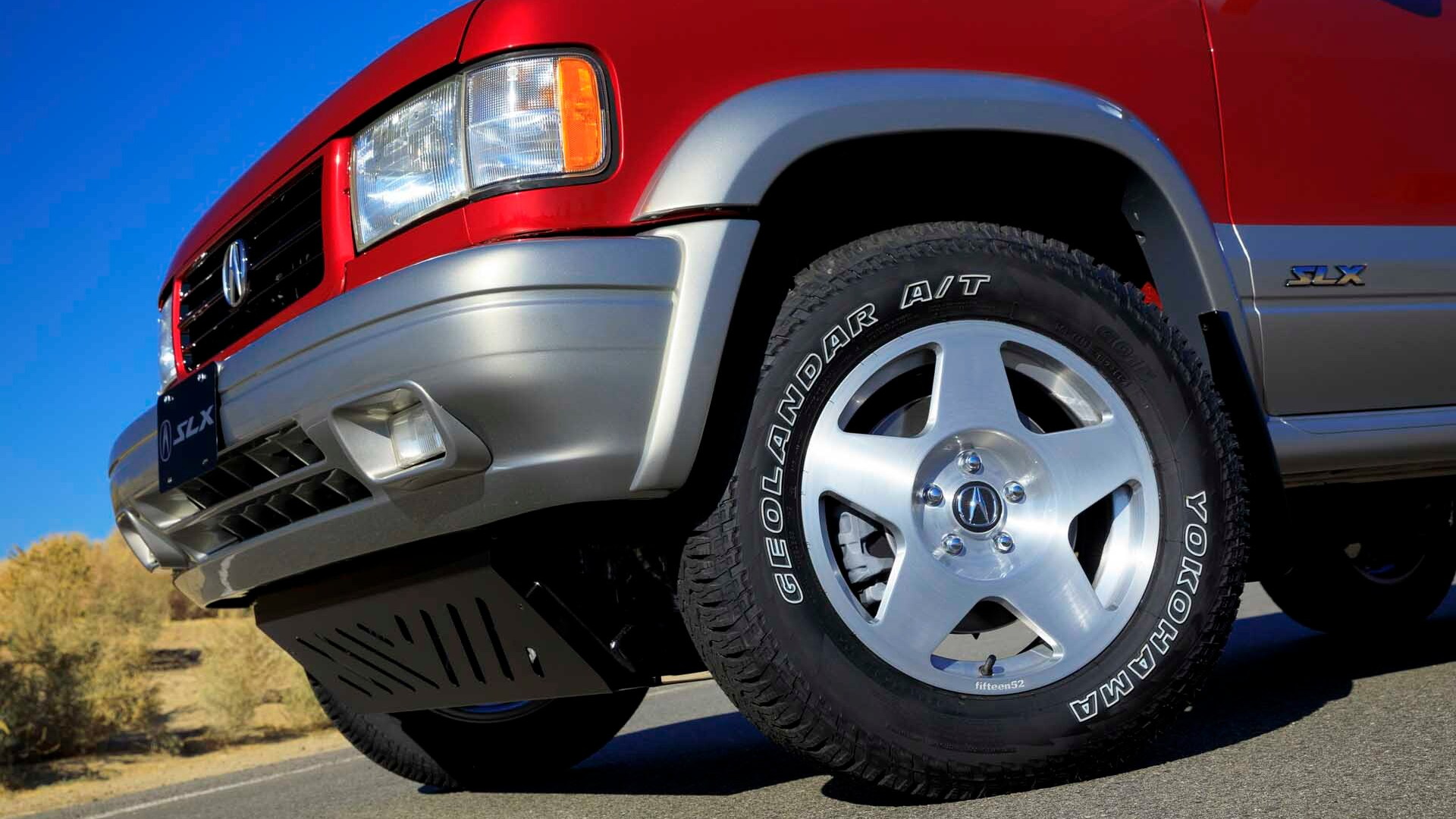 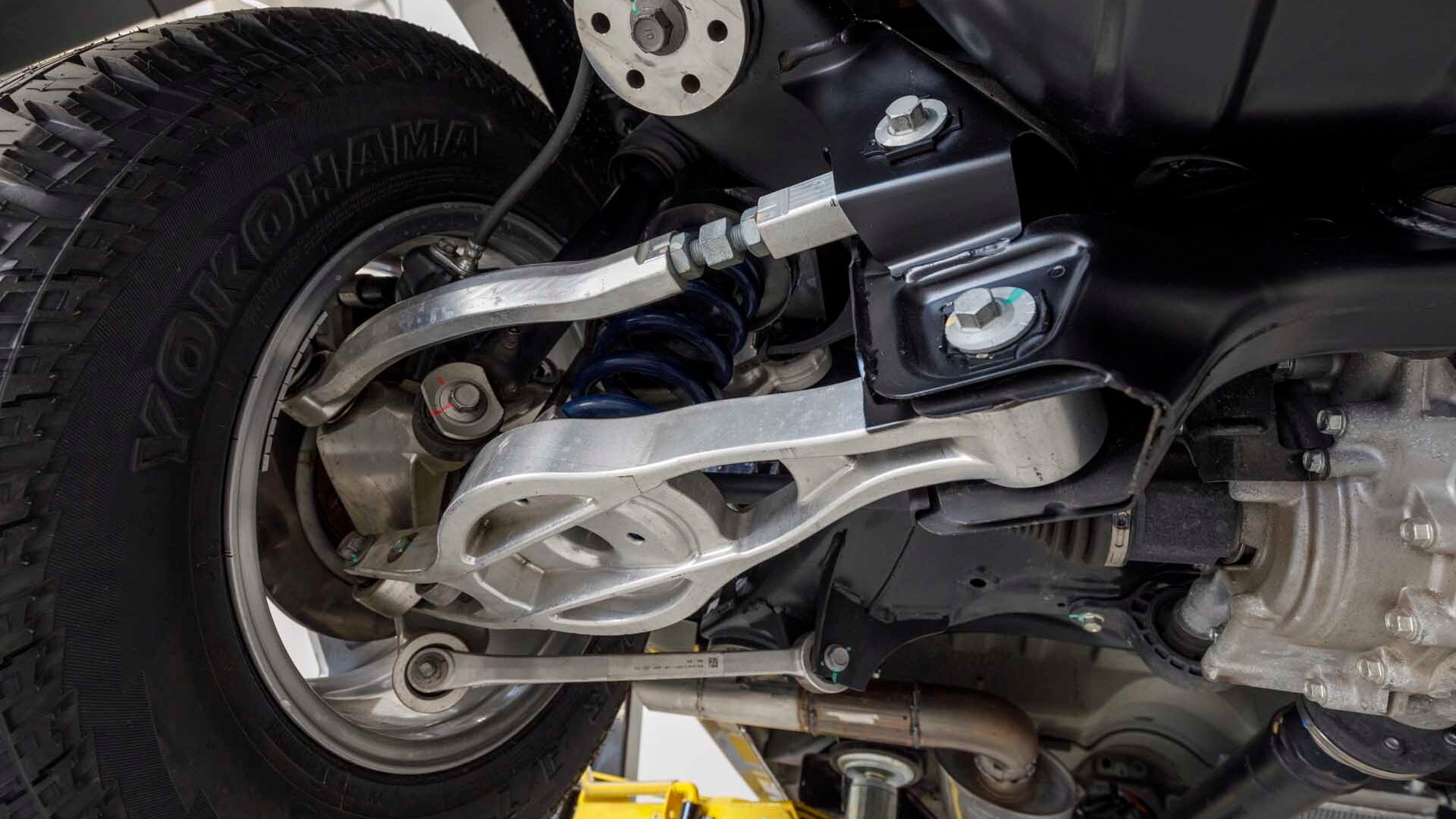 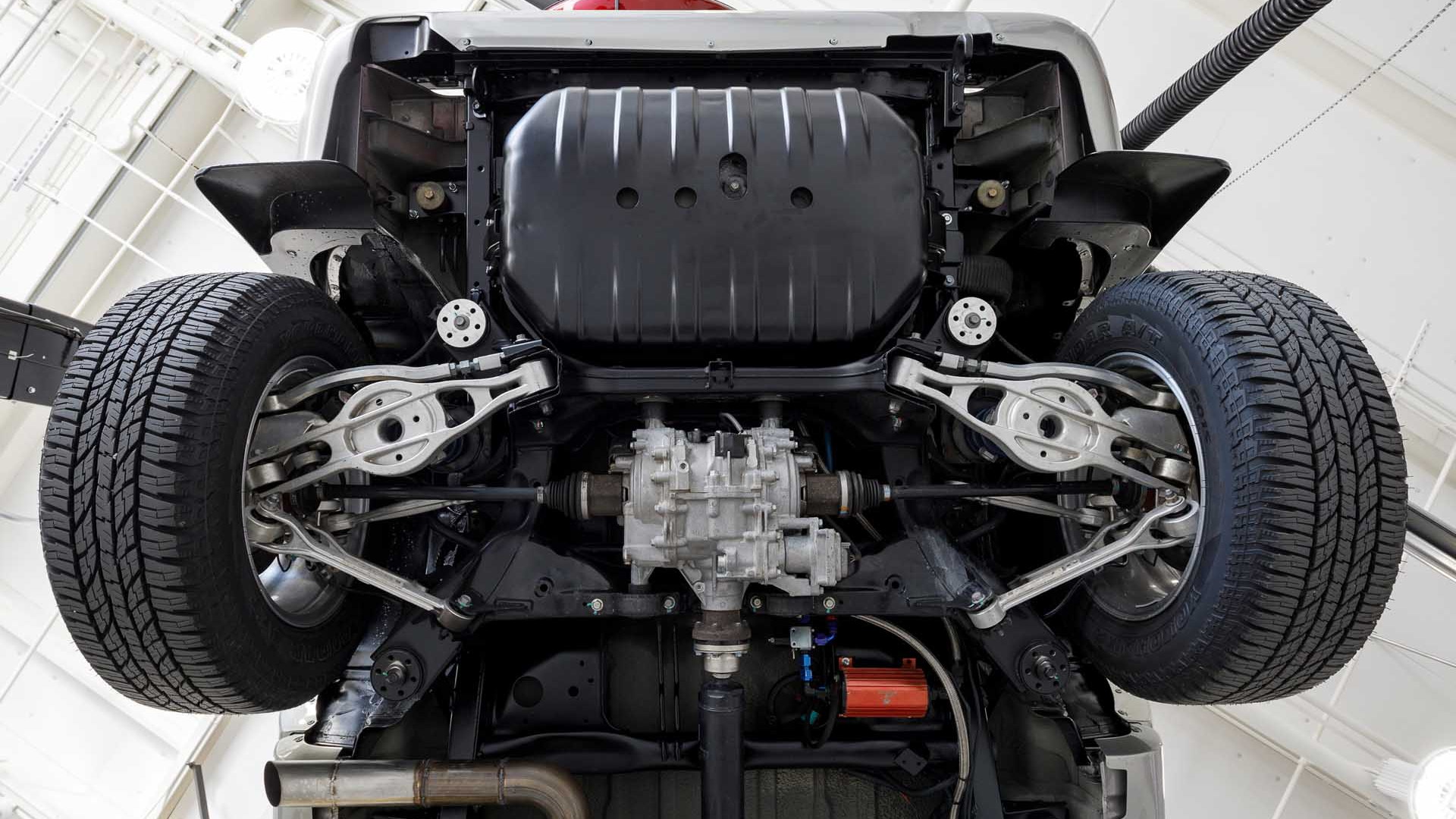 The wonderfully boxy and short-lived Acura SLX SUV is the answer.

This pencil-straight example of the 1990s off-roader built by Honda's luxury arm isn't what it seems underneath its skin. This SLX, which will make its debut this weekend at RADwood SoCal, isn't powered by the stock 190-horsepower 3.2-liter V-6 and 4-speed automatic transmission driving all four wheels found in the SLX when it was on sale in the U.S. from 1996 and 1999 (and was related to the Isuzu Trooper sold at the same time).

This SLX, a 1997 version, is powered by a 350-hp 2.0-liter turbo-4 and 10-speed automatic paired to Acura's SH-AWD system found in the MDX and RDX. (Keen observers may note that the 2.0-liter turbo-4 borrowed from the Type R and RDX makes 350 hp in neither application, which may be telling for future applications.)

Acura says fitting the transverse-mounted turbo-4 into the RLX's slimmer frame rails was a challenge, but there were pleasant surprises along the way.

“We knew packaging this new powertrain into the SLX would be tough, and it was,” James Robinson, an Acura powertrain engineer who worked on the project, said in a statement. “But some parts came together much more easily than we had expected. As crazy as it sounds, the RDX’s driveshaft went into the SLX without any modifications at all.”

Other modifications included a custom intake and exhaust, turbo, and ECU tune. Front and rear subframes were welded to the ladder frame, and the solid rear axle from the SLX was swapped out with a multi-link rear suspension from an RDX.

The price? Don't ask, says Acura. And we believe it.

The SLX will appear this weekend at RADwood alongside other minty fresh Acuras, including an all-original 1996 SLX, a 1991 NSX, and 1986 Integra.

The question: What's the most obscure Acura worth bringing back?