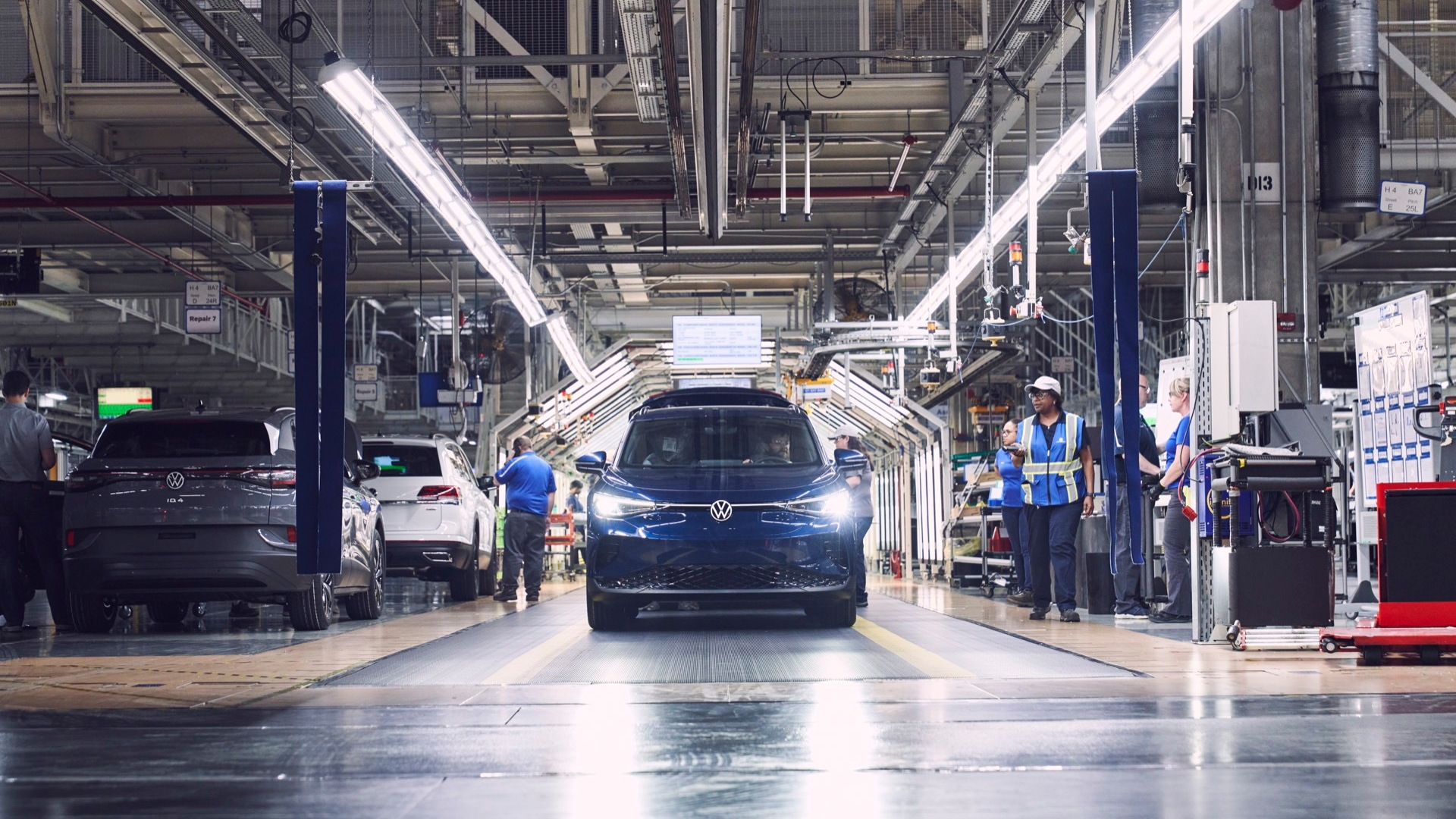 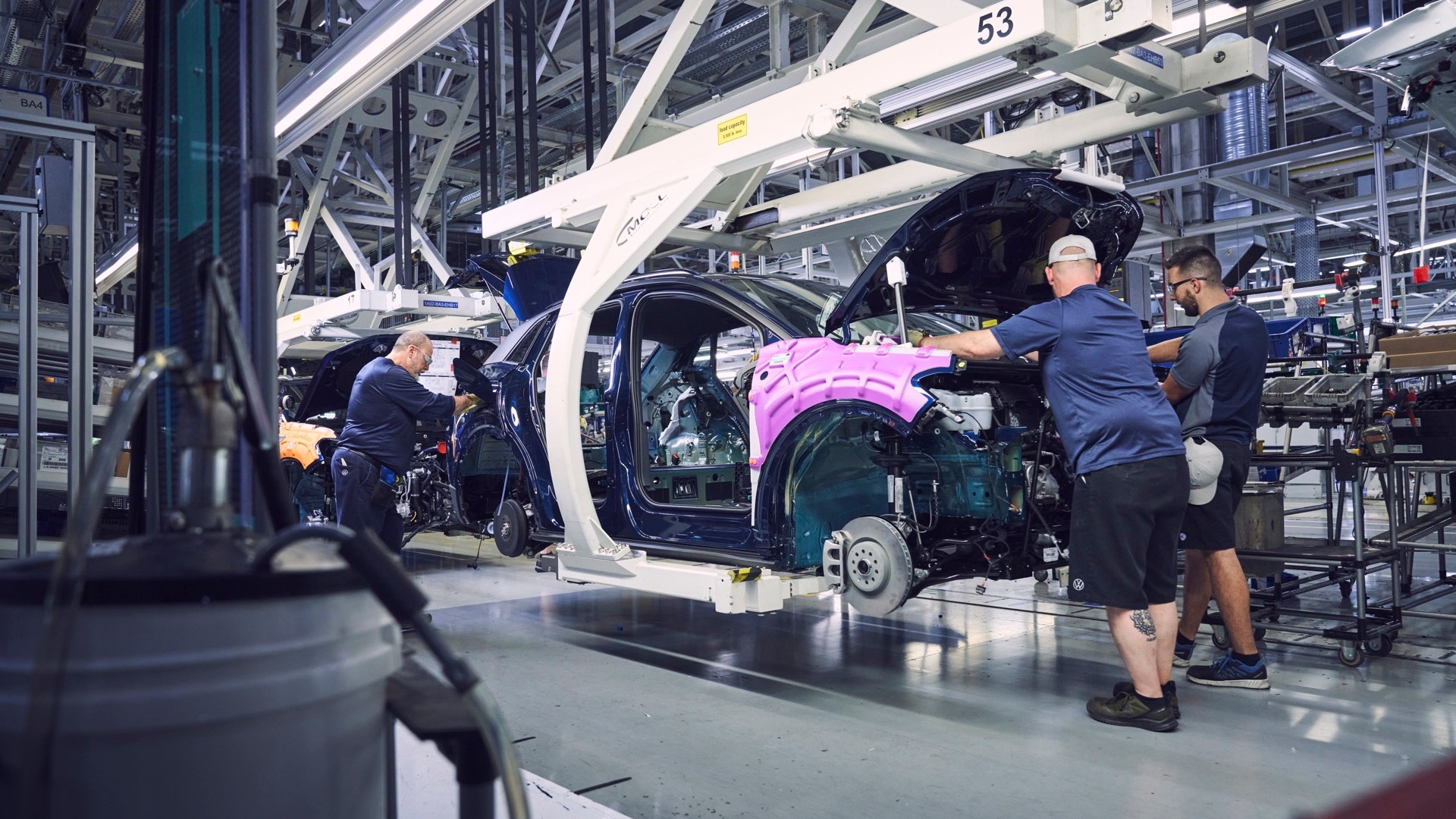 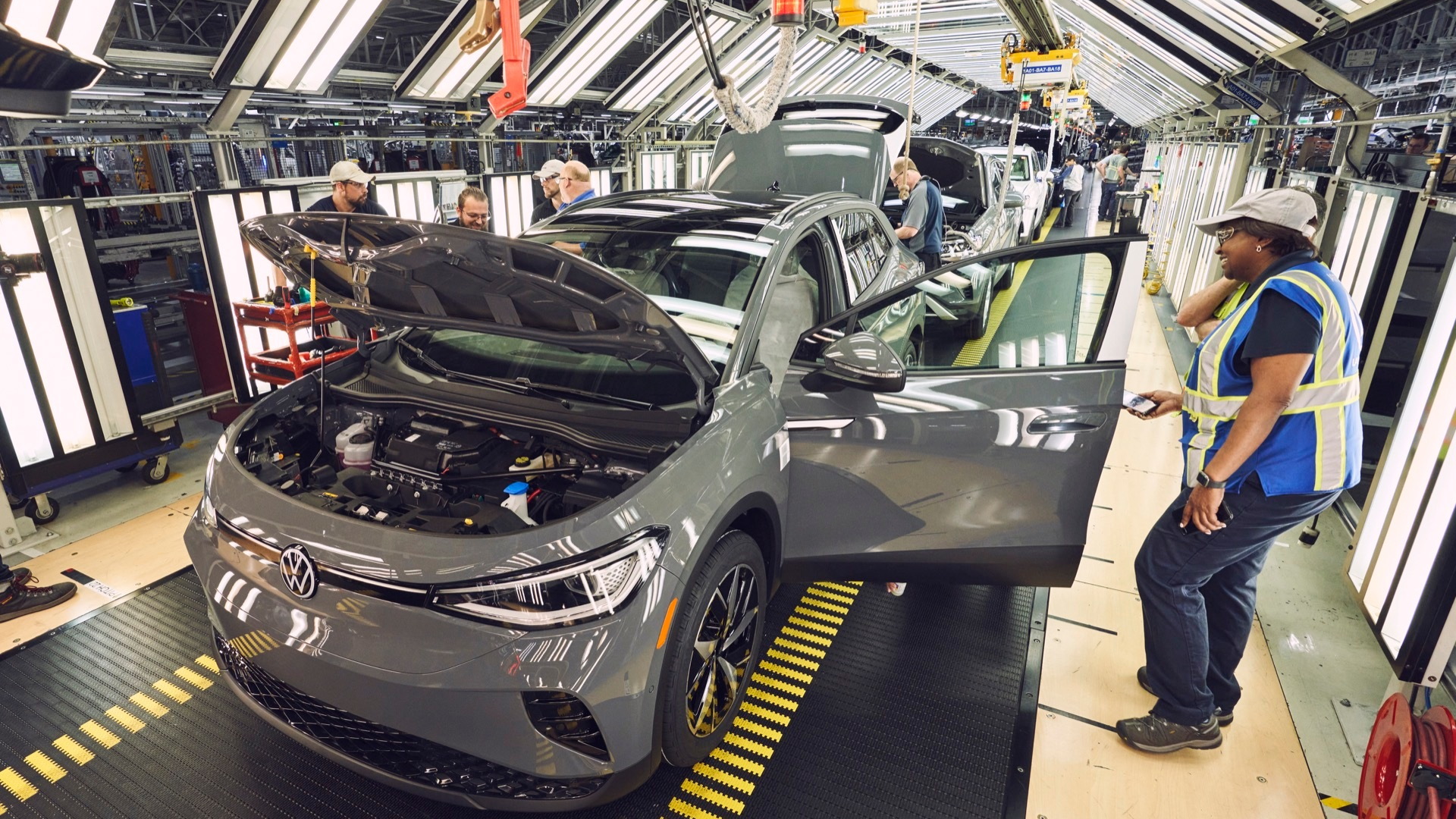 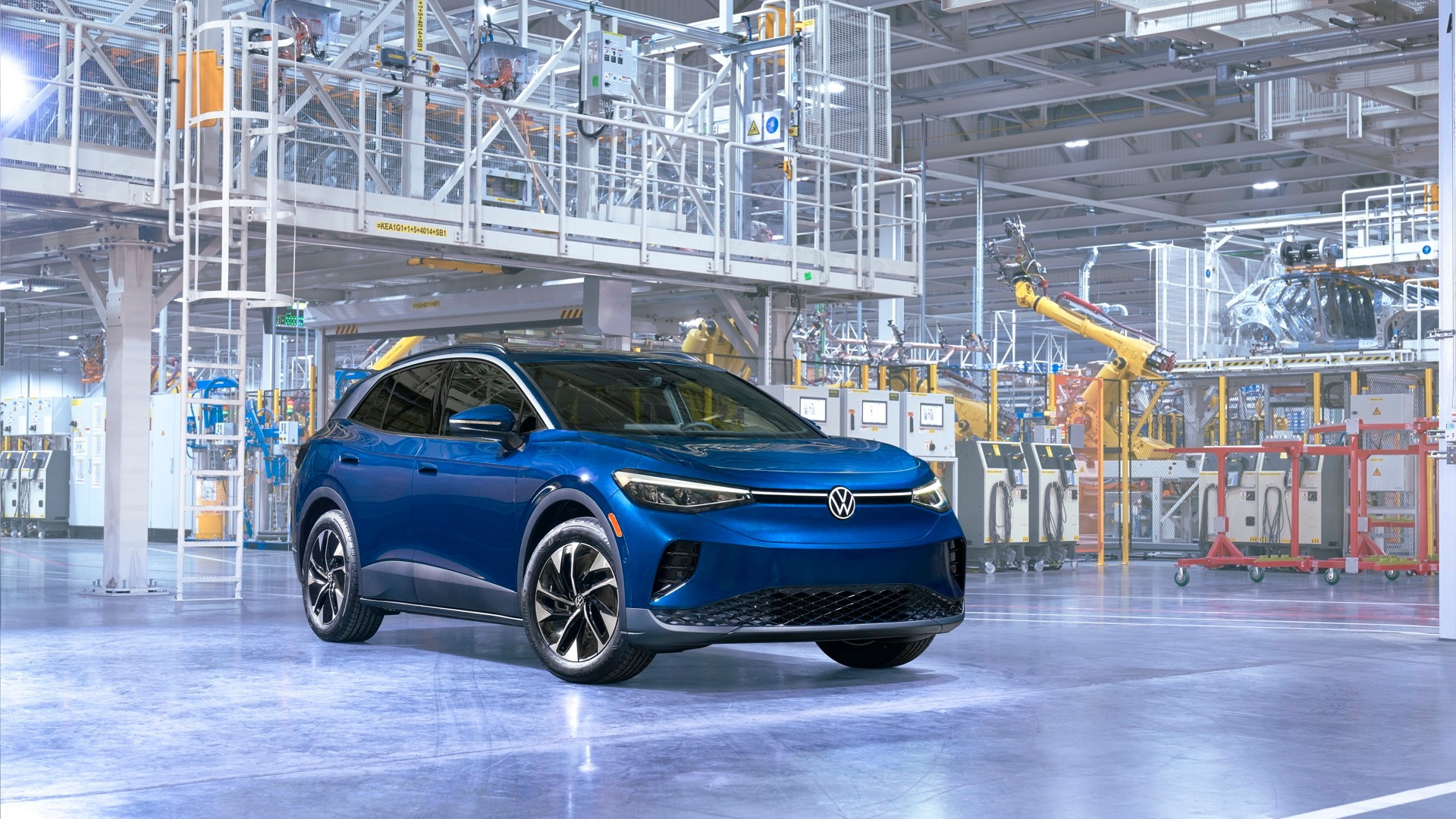 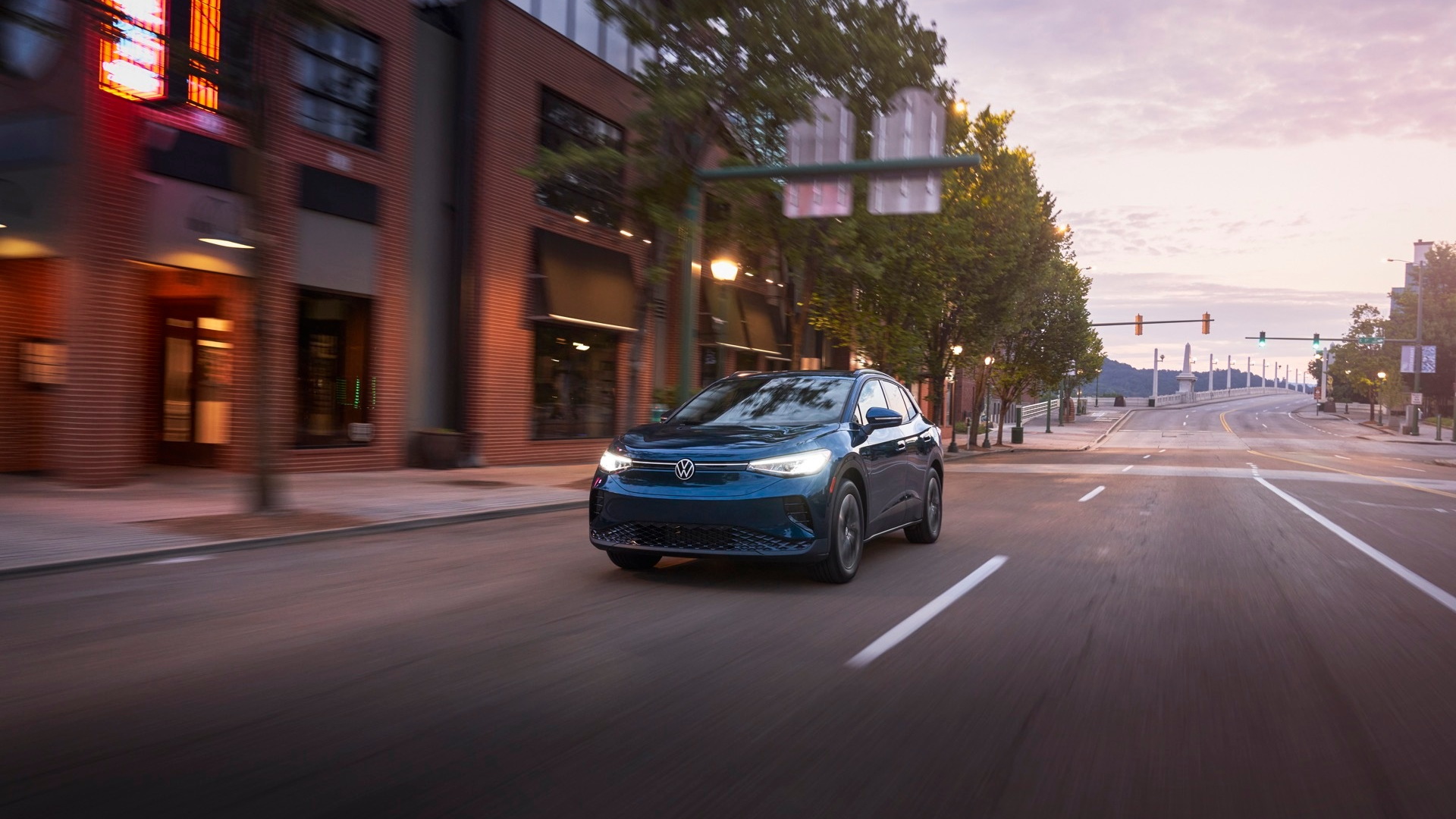 Volkswagen on Tuesday started production of the ID.4 crossover at its plant in Chattanooga, Tennessee, the automaker's first electric vehicle to be built on U.S. soil.

The milestone comes three years after the automaker announced plans to spend $800 million and create 1,000 jobs at the Chattanooga plant to support EV production. The plant is also where VW builds the Atlas and Atlas Cross Sport SUVs.

The ID.4 is currently the most popular EV of all Volkswagen Group brands, with 190,000 sold globally since the vehicle's launch in late 2020. Starting U.S. production is expected to boost numbers as VW has confirmed a lower starting price in the U.S. for locally-built ID.4s.

The ID.4 is currently imported to the U.S. from Germany, and carries a starting price of $41,955, including a $1,195 destination charge. VW has previously hinted that locally-built ID.4s will be priced from around $36,000, though the automaker didn't confirm a figure with Tuesday's production announcement.

Instead, VW confirmed the starting price of the ID.4 will be lowered when a version with a 62-kilowatt-hour battery enters production at Chattanooga later this year. Deliveries of U.S.-built ID.4s will start in October.

VW aims to build ID.4s in Chattanooga at a monthly rate of 7,000 units by the end of 2022, with the goal to further increase output through 2023. Batteries will mostly be sourced from an SK Innovation plant located in Georgia.

VW Group has big plans for EVs in the U.S. The automaker in March announced a $7.1 billion investment to expand its EV lineup across North America—a region the automaker sees as having the greatest potential for growth. VW Group wants to have more than 25 EVs on sale in North America by 2030, and have EVs account for 55% of its total sales in the region by that date.

And a number of these will be built locally. There are reports the upcoming ID.Buzz van may eventually be built in the U.S., and VW has also confirmed plans to build Scout-branded electric SUVs and pickup trucks here from 2026.