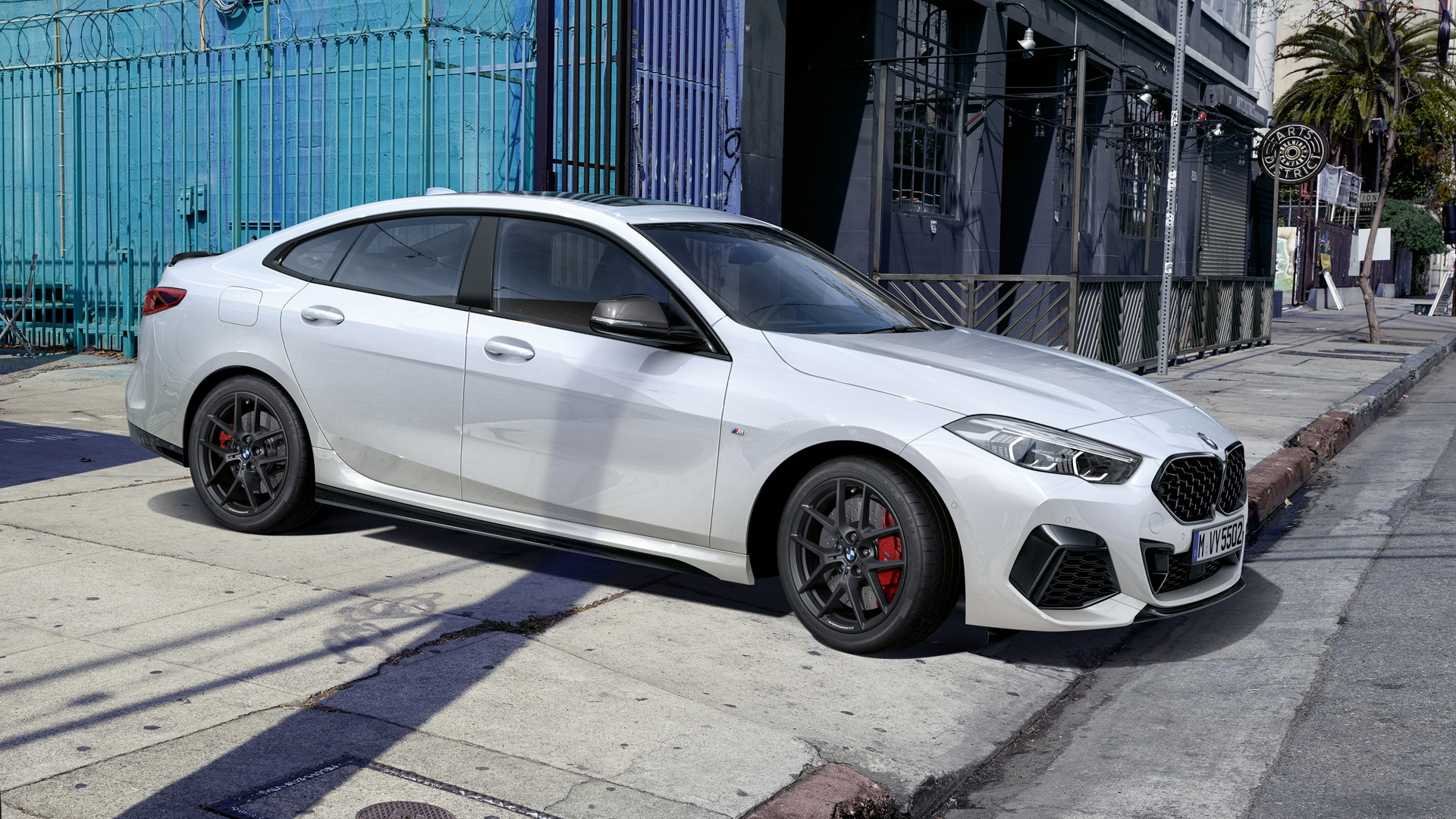 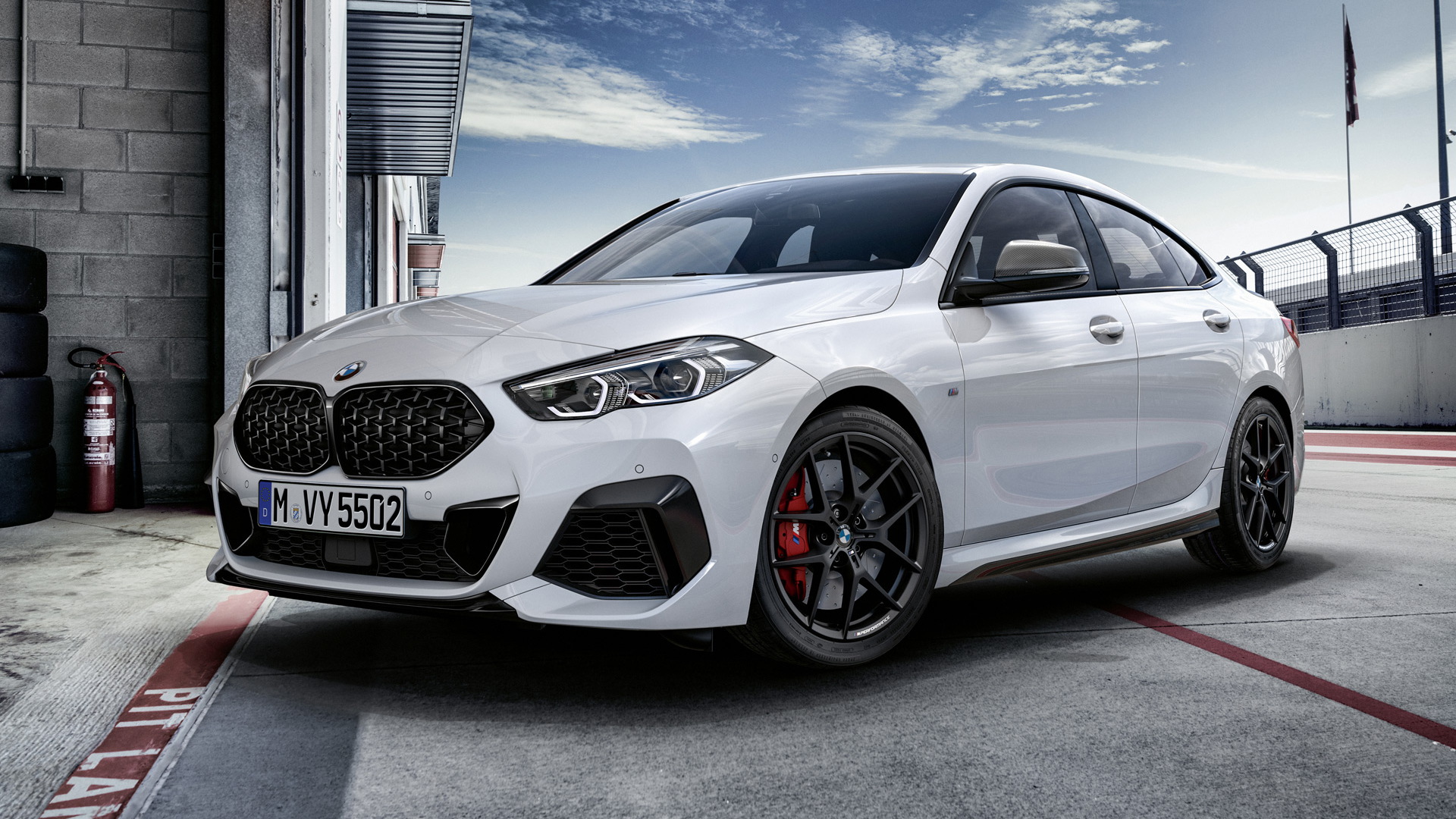 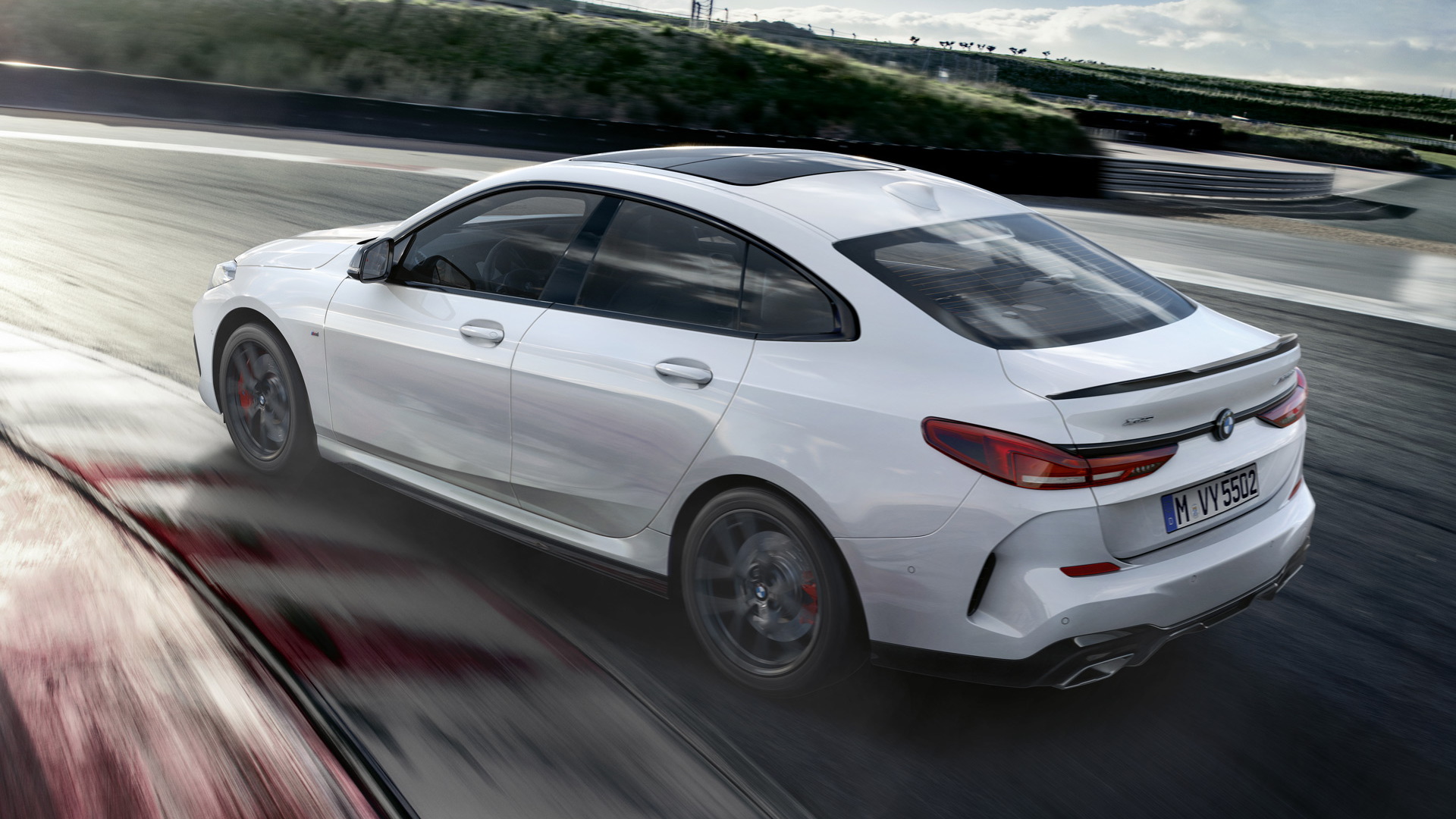 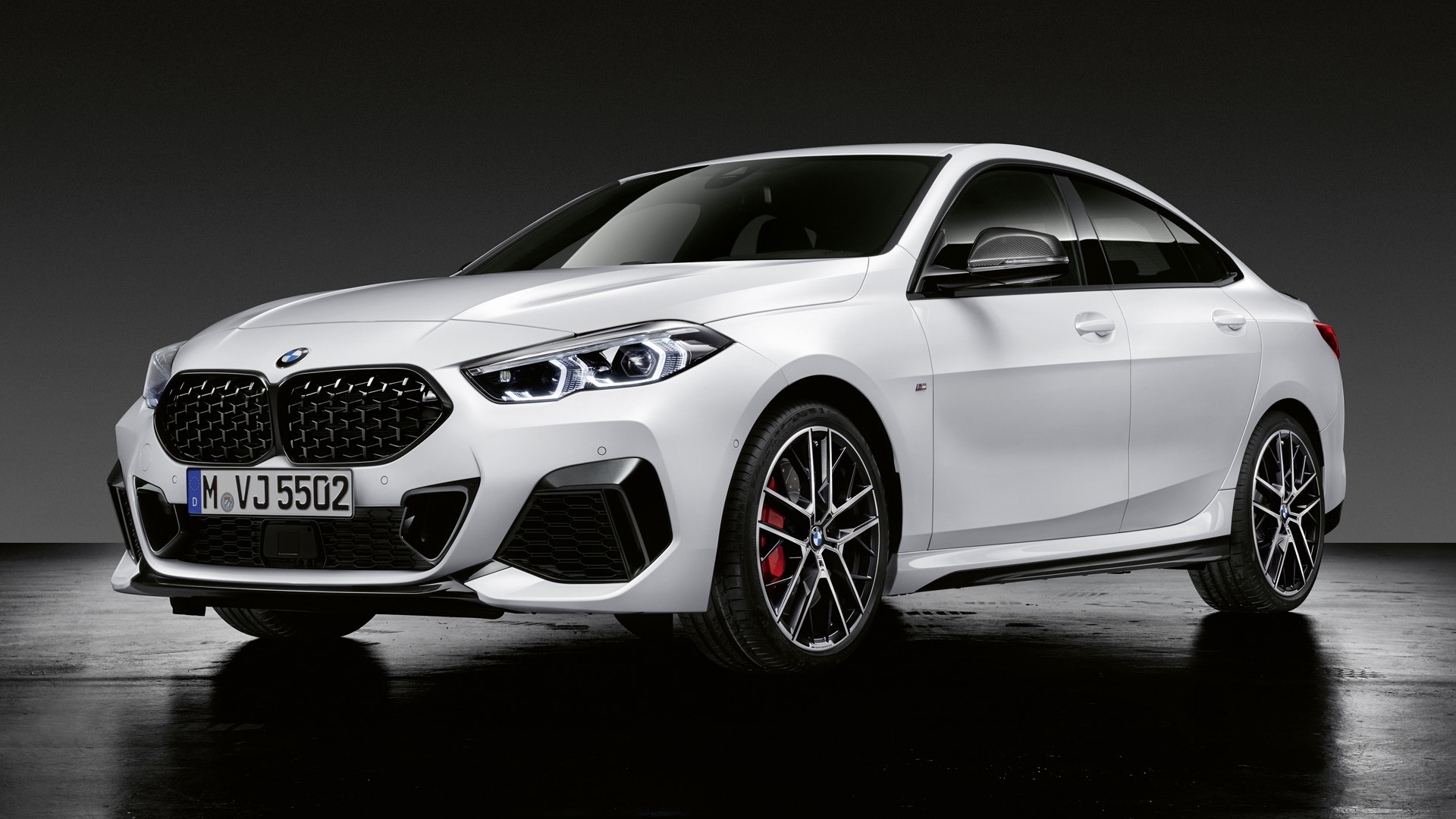 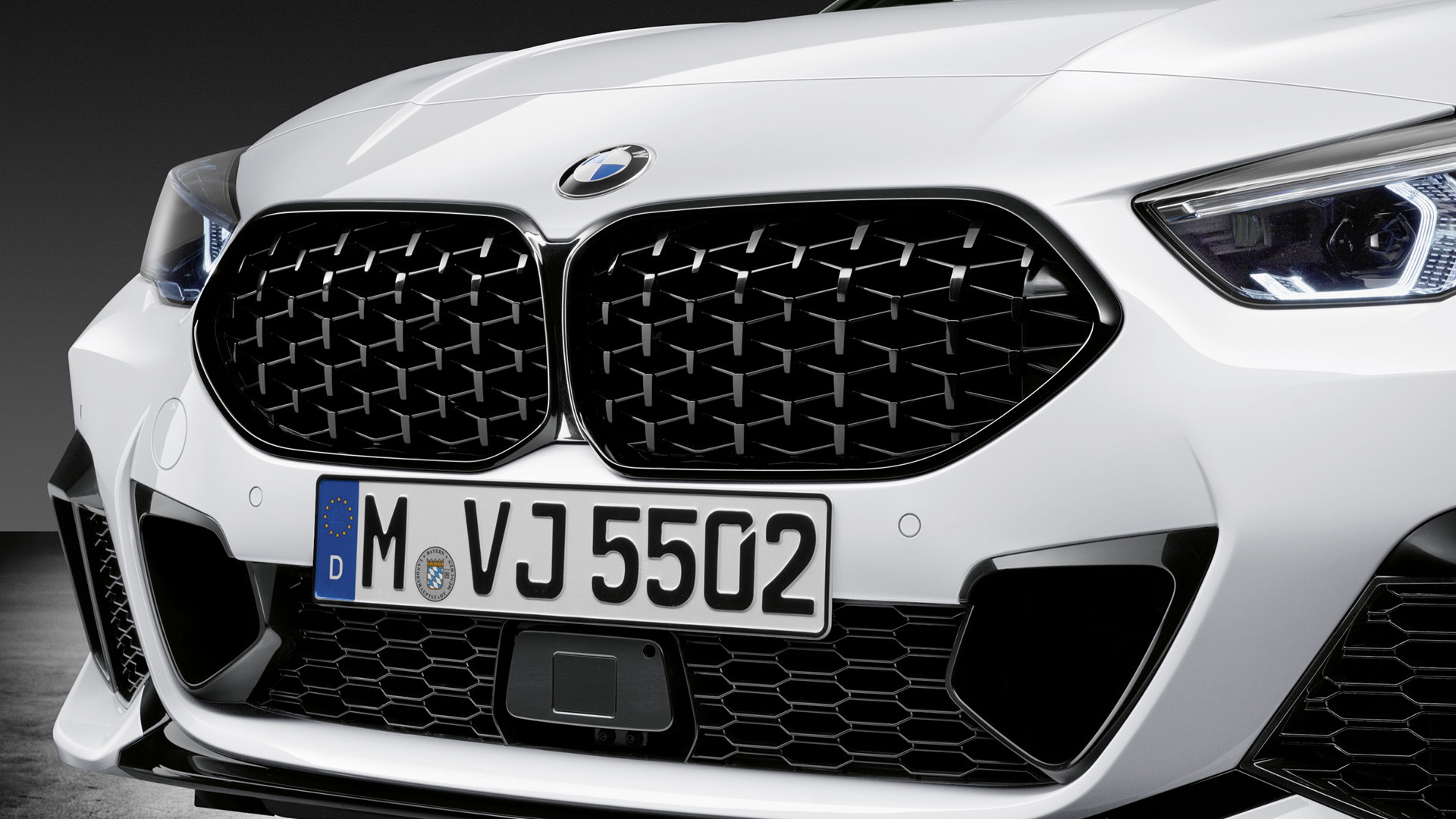 BMW has finally jumped into the compact sedan segment in the United States with its 2020 2-Series Gran Coupe, which was revealed on Tuesday and reaches dealers next spring. When it arrives, the BMW M go-fast division will already have a slew of M Performance parts ready.

There are upgrades for both the exterior and cabin, and some are designed to boost engine performance. For example, the range-topping M235i model can be enhanced with an M Performance package that temporarily boosts turbo pressure, helping shave the 0-60 mph time down to 4.6 seconds instead of 4.7 seconds normally.

Other key upgrades include a range of lightweight parts, some of which are made from carbon fiber and help to improve the aerodynamics of the vehicle. The list includes a rear spoiler, side skirts, and side mirror cabs.

Buyers can also add 18- or 19-inch light alloy wheels, plus a beefier brake system with perforated discs and powerful 4-piston calipers at the front axle. Single-piston calipers are used at the rear.

For the interior, there's a sport steering wheel with Alcantara-lined sections, accent stitching, and a 12 o’clock position marked in red. The transmission shift paddles can also be ordered in an M Performance version with a carbon fiber-like finish instead of the standard chrome surface.

There are also some M Performance accessories including a hey holder with Alcantara and carbon fiber inserts, tire bags with handy markings for allocation, and LED door projectors.

Pricing information for the 2-Series Gran Coupe and the new M Performance parts will be announced closer to next year's market launch. As a guide, the rival 2020 Mercedes-Benz CLA is priced from $37,645, including destination.