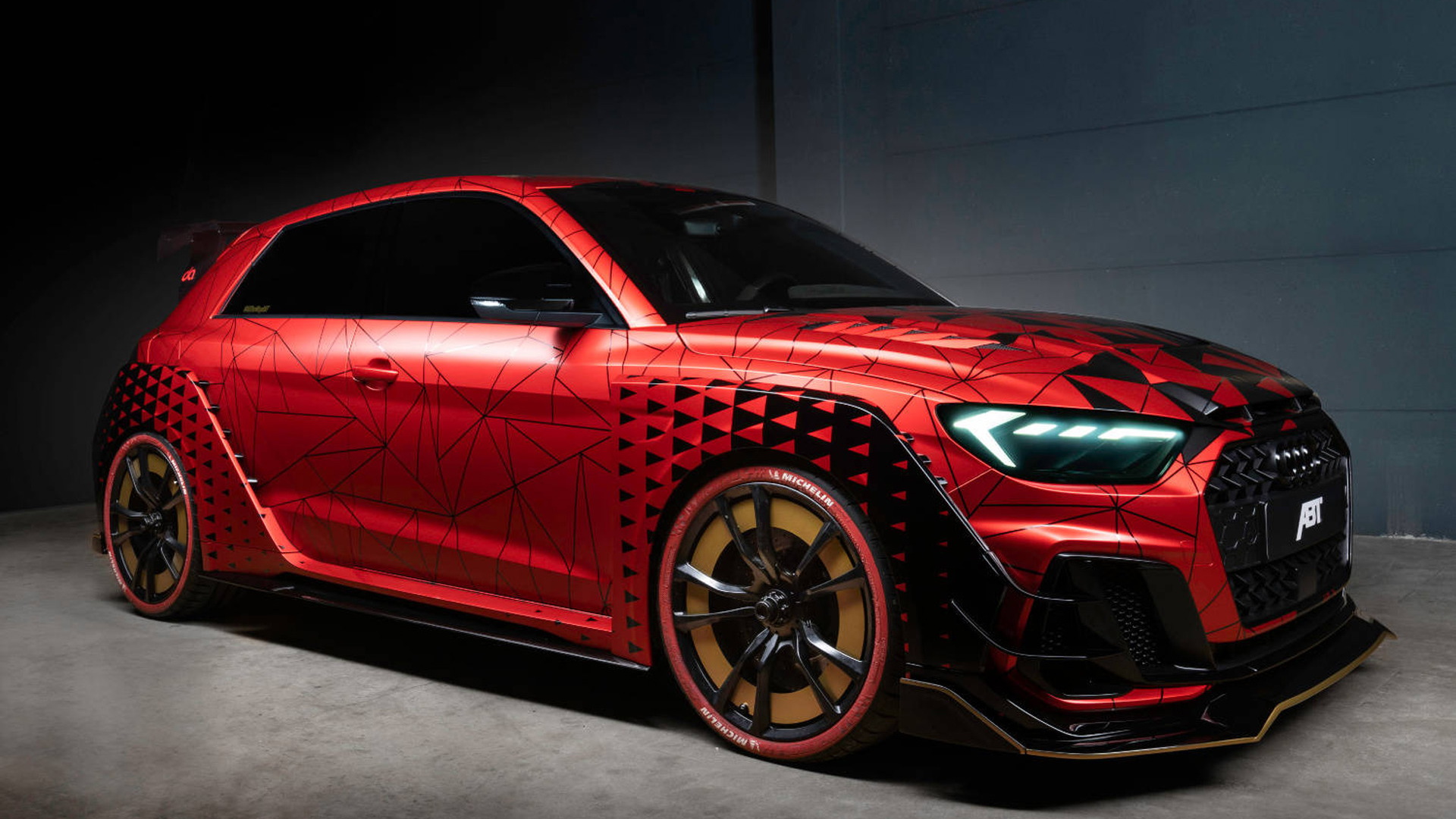 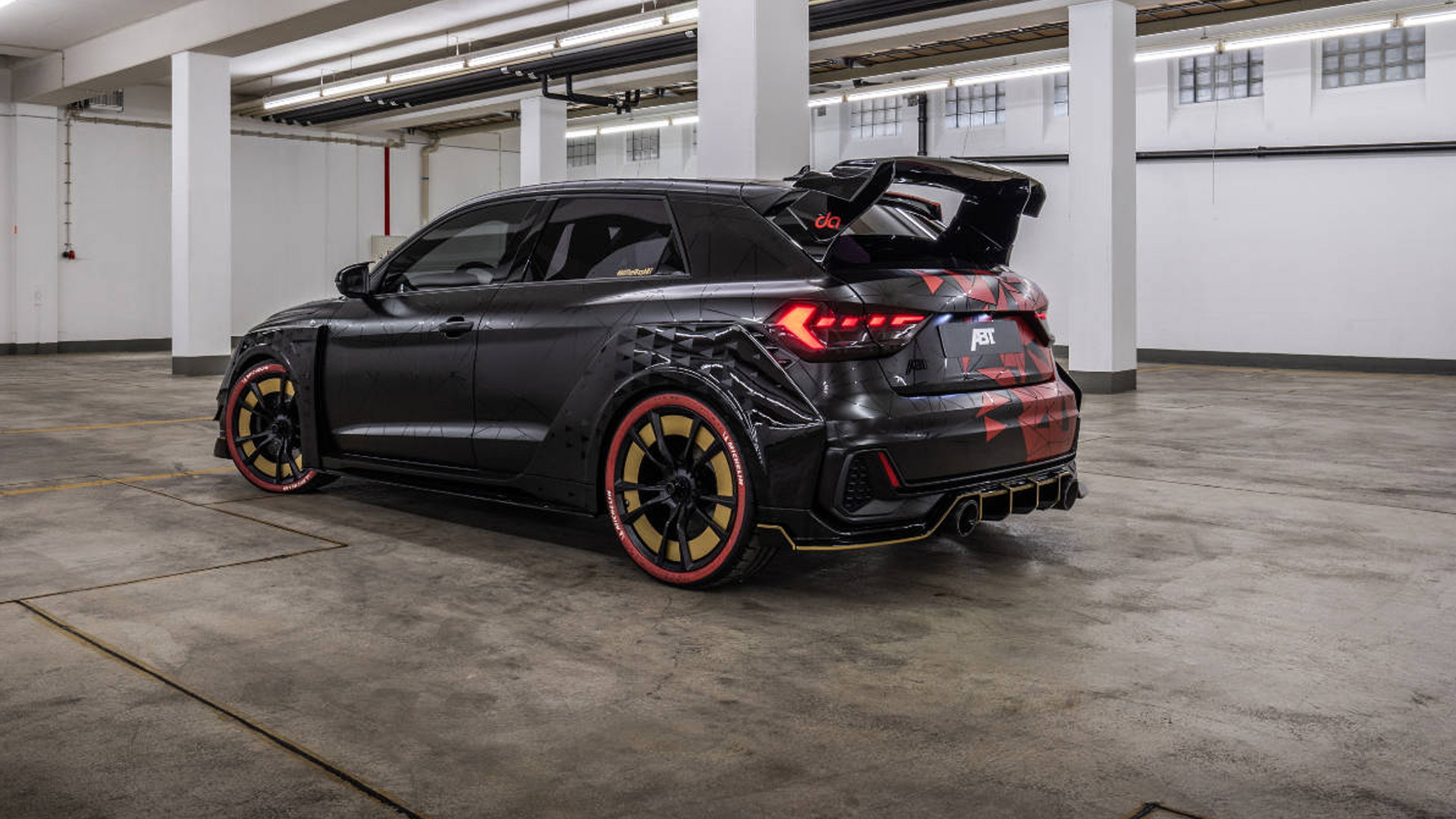 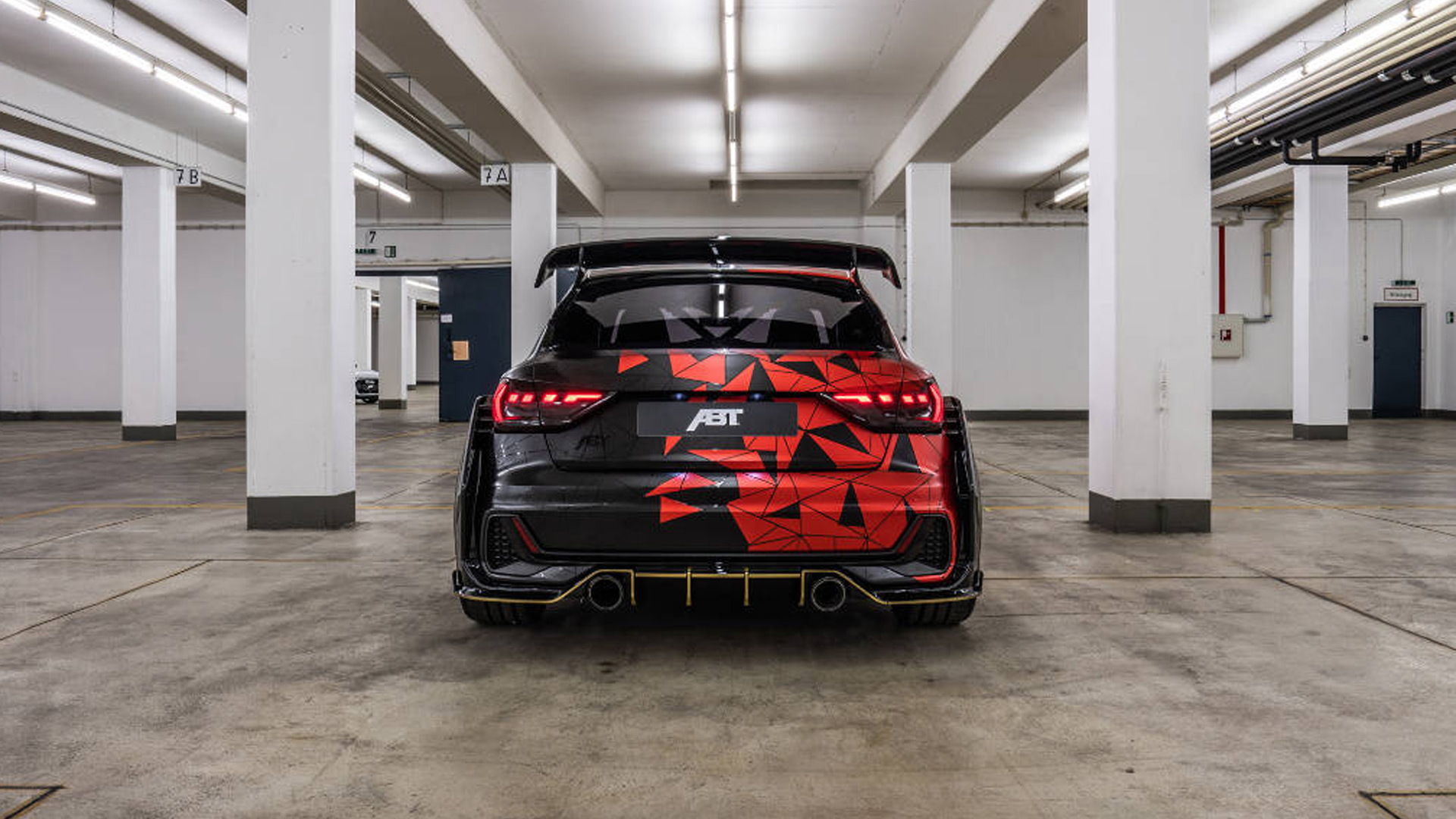 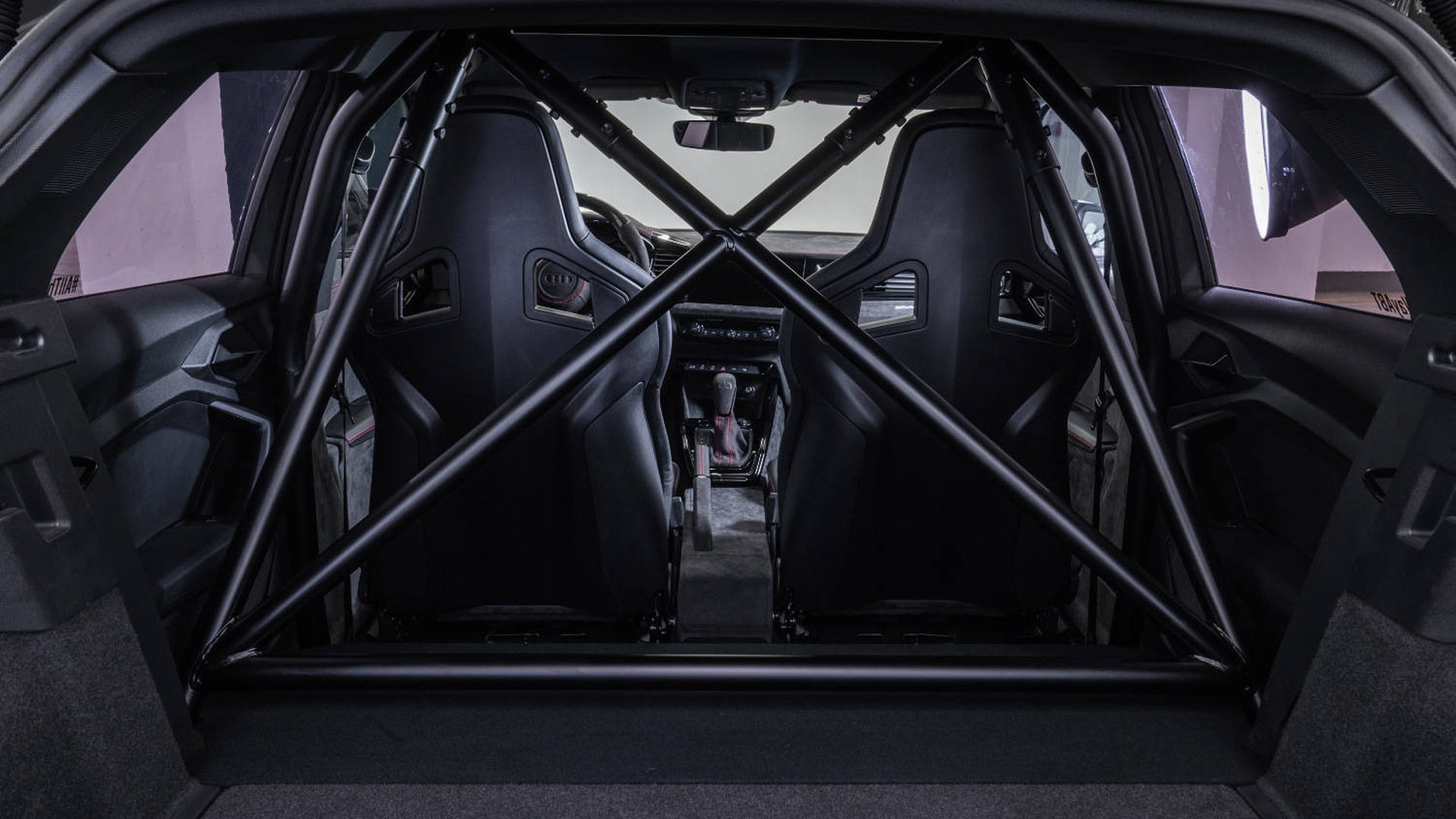 Abt Sportsline has unveiled a wild take on the Audi A1 Sportback subcompact hatch sold overseas.

The German motorsport company and tuner built the one-off A1, aptly named the A1 1of1, as a promotional vehicle for Daniel Abt, a successful Formula E racer and son of Abt chief Hans-Jürgen Abt.

The car wears an aggressive wide-body kit that hopefully Abt will offer as an upgrade for the A1. The widened flanks house aggressive 19-inch wheels whose internals feature a device known as an aero ring, which helps to improve aero flow around the wheels. The design links the car to Formula E which uses a similar device. The tires are size-265/30 Michelin Pilot Sport Cup 2s.

Peak output of 400 horsepower comes from a bespoke 2.0-liter turbocharged inline-4 which makes an aggressive sound thanks to a stainless steel exhaust system. The output is double what the most powerful A1 currently offers. While Abt won't sell this particular engine, the company can tune the stock A1's engine to 240 hp.

Other performance upgrades of the A1 1of1 include H&R suspension, a stripped interior, and a roll-over bar. The team at Abt also dressed up the interior with Alcantara on most of the surfaces.