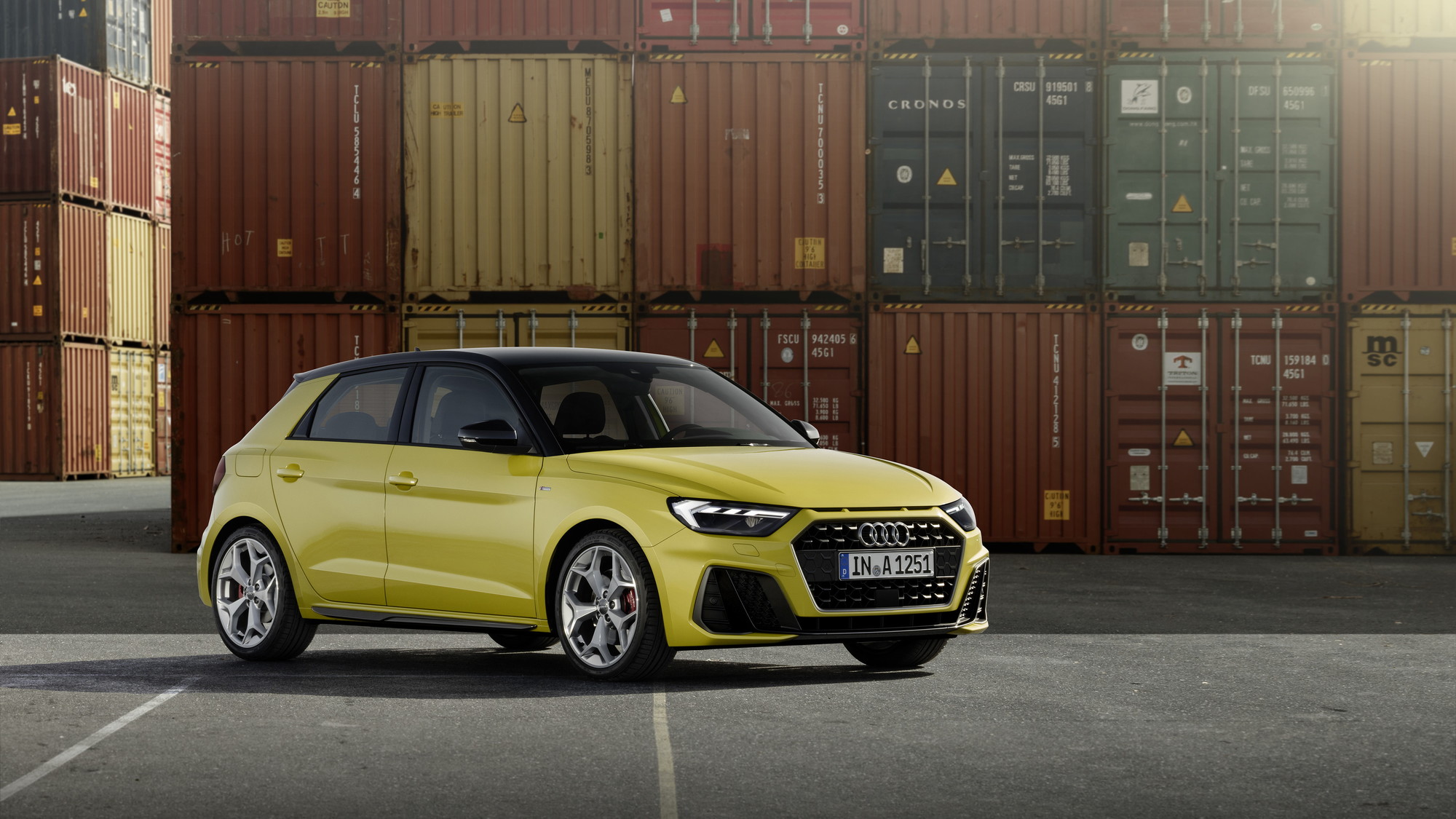 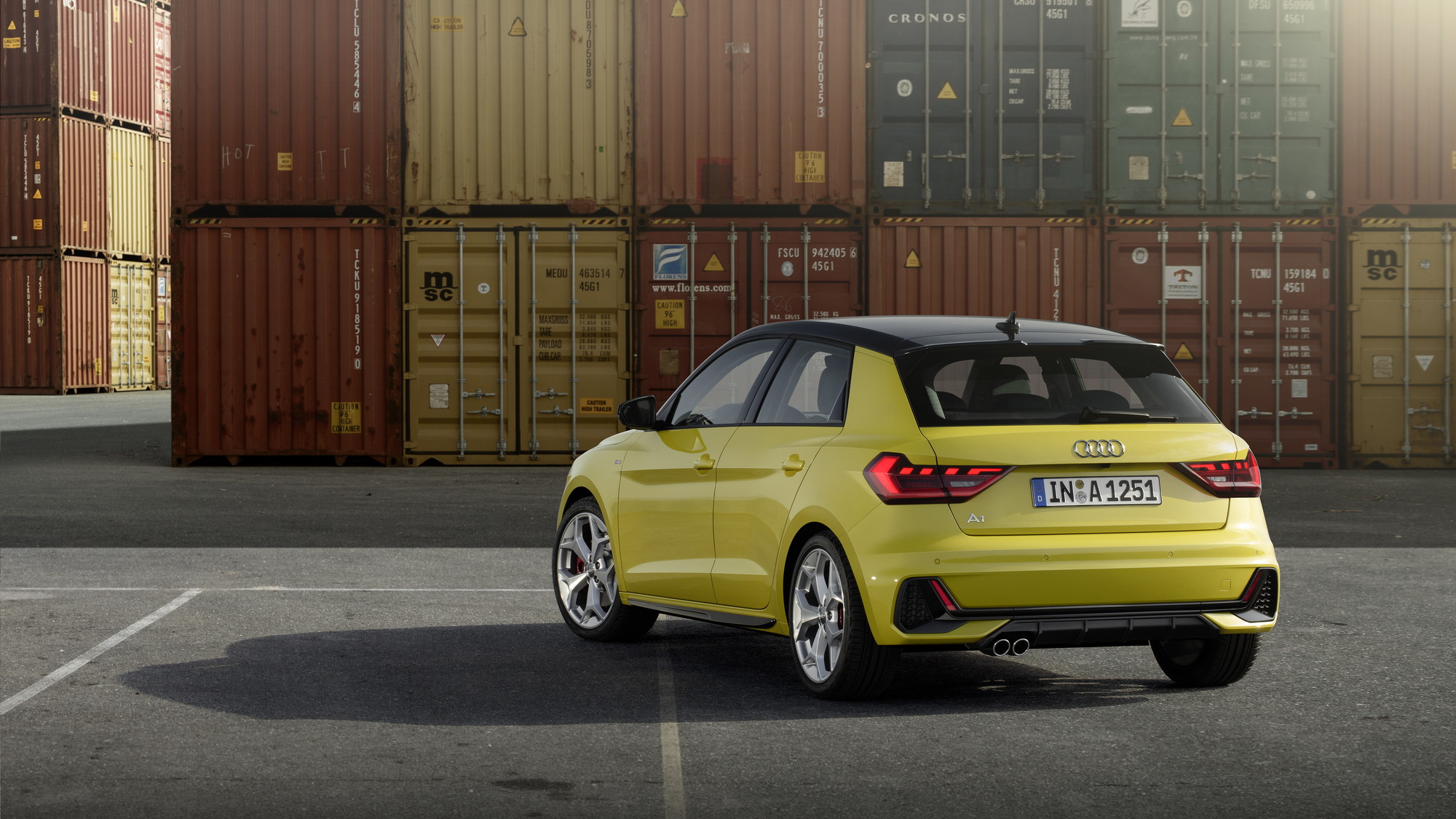 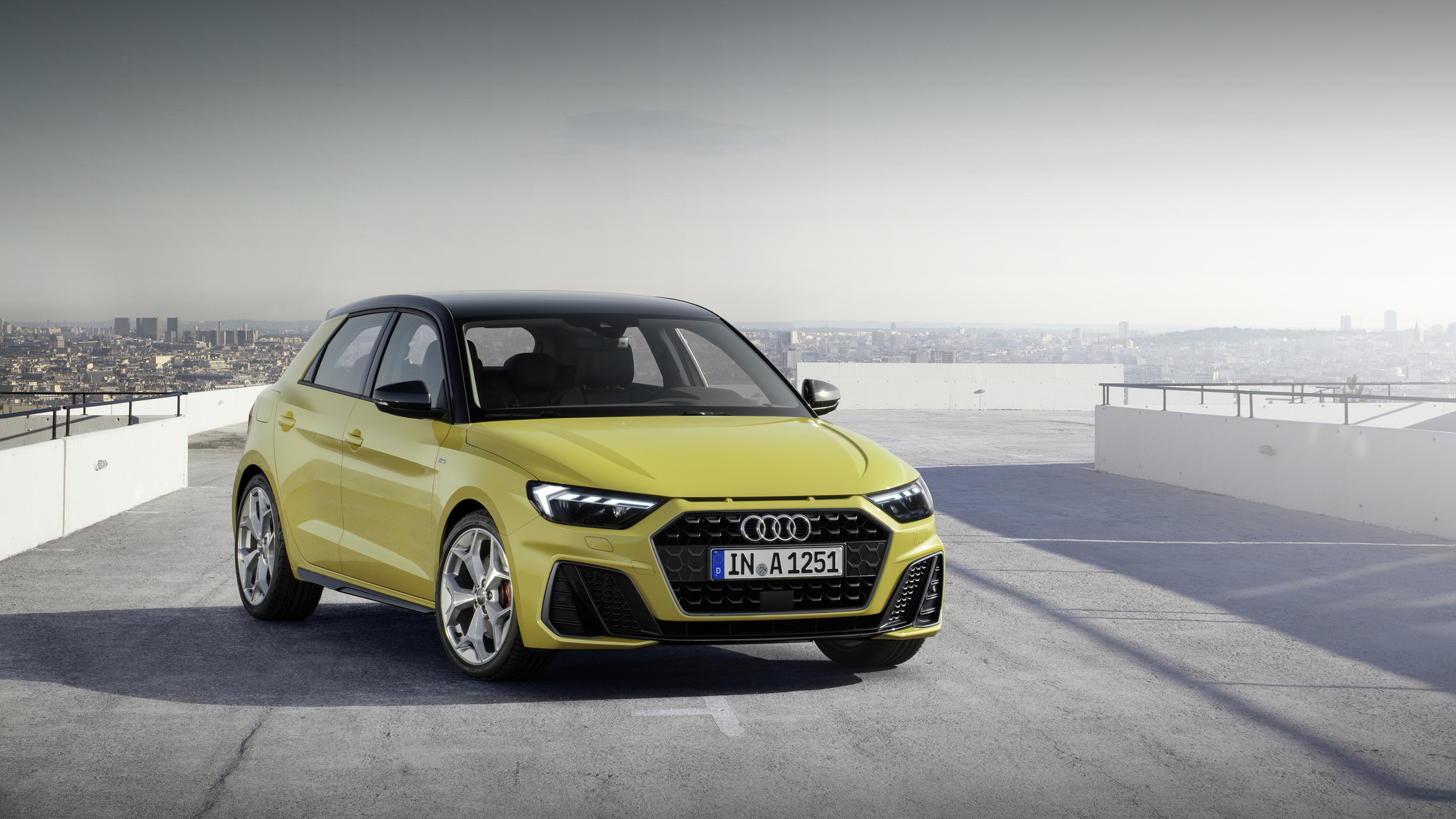 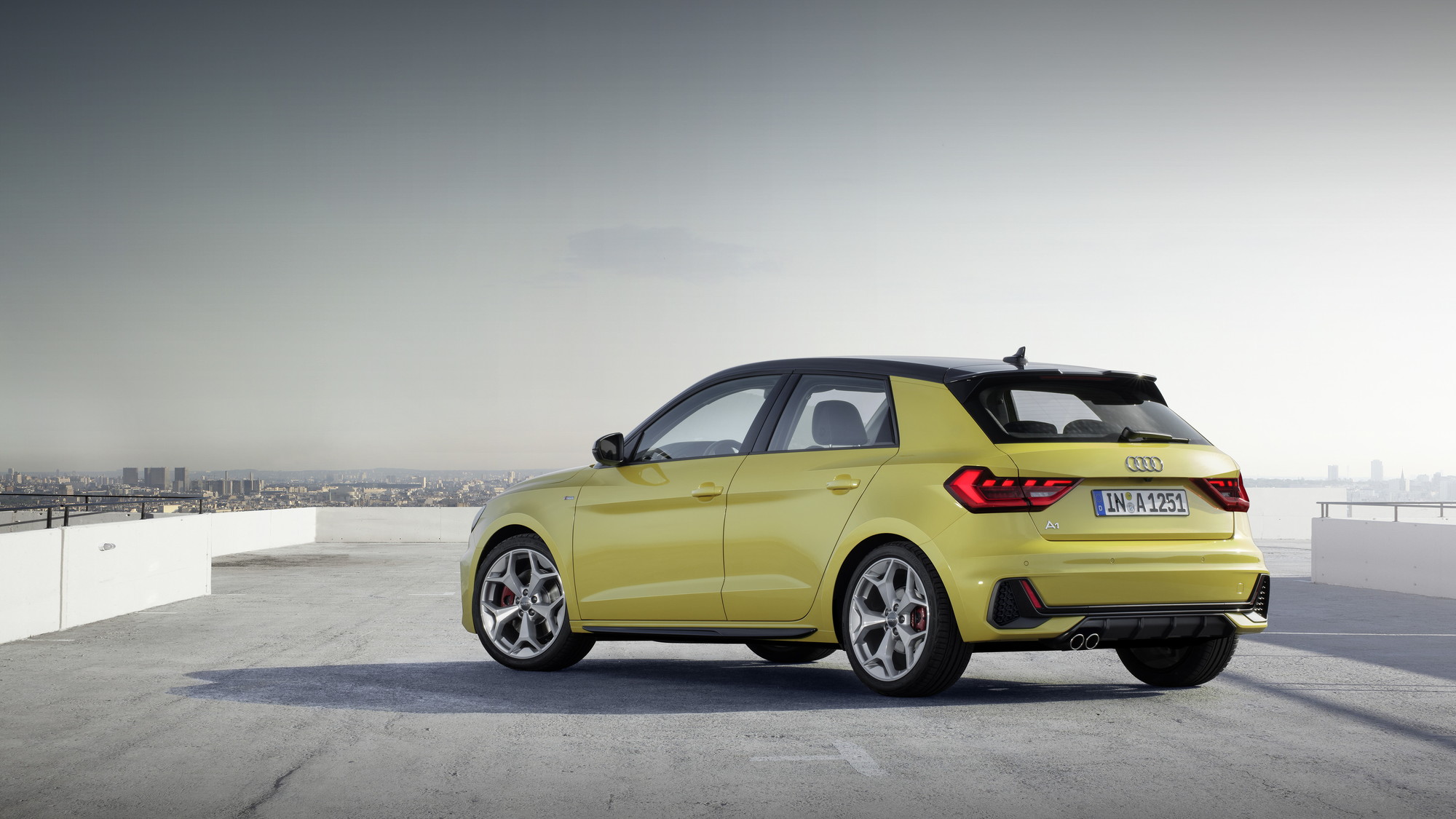 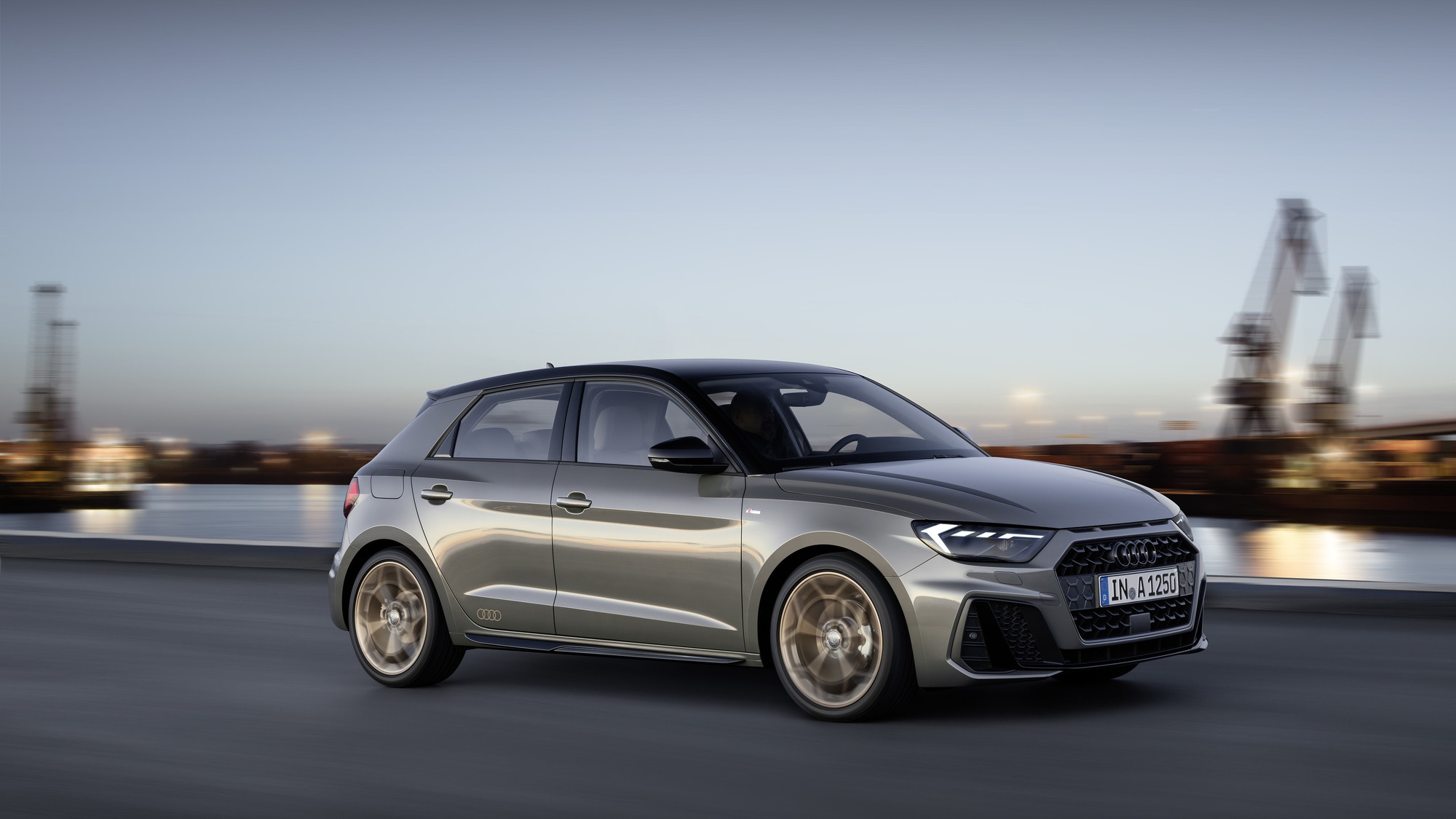 How do you angry up a compact car designed to prosper in an urban environment? If you're Audi, the answer is simple. Apply your current design language, which is filled with creases and vents, on top of a new A1 Sportback. Voila! Instant eye-catching city commuter car.

The second-generation A1 Sportback is marketed toward folks who live in cities. It's just 158.4 inches long, which is about 2.5 inches shorter than a Toyota Prius C. Look at it head on and you'll find an A1 staring back at you that's just 68.4 inches across. It's short, too, with the roof sitting 56.4 inches off the ground. Couple the size of the A1 with a wide track and short overhangs, and you have a vehicle that manages to look taut and tough, even while it might be packing an engine that is anything but.

The Audi A1 Sportback isn't so much a hot hatch, but more of a high-tech one. From the base model to the upper trims, all A1 Sportbacks will feature a digital 10.25-inch gauge cluster. Audi's Virtual Cockpit, which offers more information such as a navigation map, will be optional on higher trims. Also available on the top trim will be the MMI Navigation Plus infotainment system, which features a 10.1-inch center touchscreen that offers hybrid route guidance. Apple CarPlay and Android Auto will also be available, as will multiple USB ports. The cockpit also boasts more space for the front and rear occupants, as well as cargo.

CHECK OUT: 2019 Audi A7 first drive review: evolution in Africa

Audi plans to offer the A1 Sportback with a variety of gasoline engines. On the low end is a 95-horsepower unit while a top-spec model carries a 200 horsepower engine. All versions will come with a manual gearbox, and for those who prefer to let the machine do the work, most trims will make use of a seven-speed dual-clutch transmission. The 200-horsepower version will come fitted with a six-speed automatic transmission. What we'd love to see, though, is an all-electric e-tron version of the car.

Suspensions depend on the engine, but Audi will offer sport suspension packages with tauter suspension tuning, larger brakes, red brake calipers, and even adjustable dampers and the Audi Drive Select system with multiple modes.

On the safety front, Audi has scaled down the features from its larger vehicles. The A1 Sportback will be available with adaptive cruise control, lane-departure warning, a speed limiter, reverse parking sensors, and an automatic parking system.

Like the first generation, the second-gen Audi A1 won't come to the U.S. It goes on sale in Europe this fall. It doesn't really matter to us though, since we're not getting the A1 Sportback. This is crossover country, and Audi has no plans to bring its latest sub-compact to our shores.