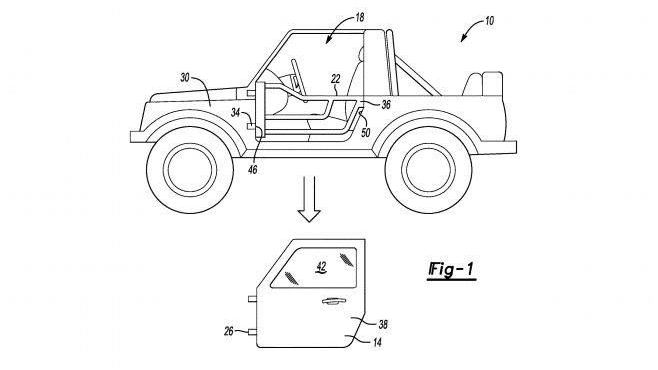 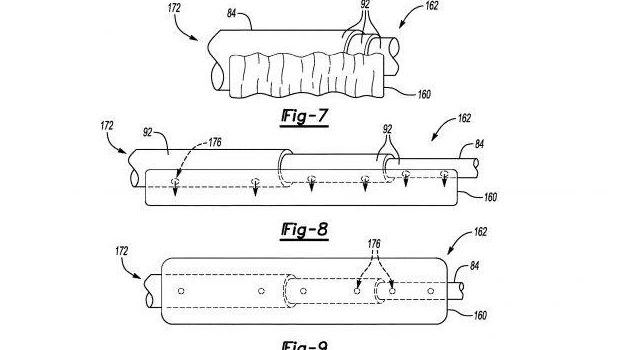 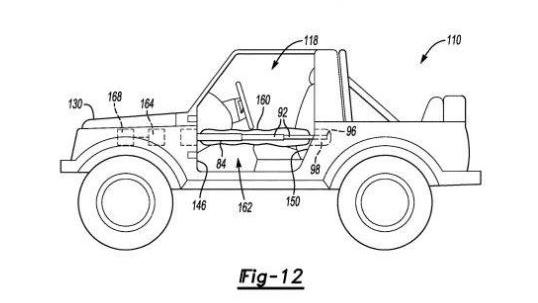 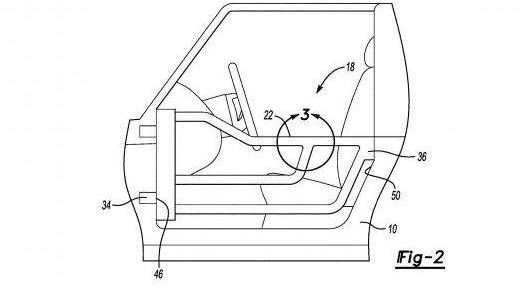 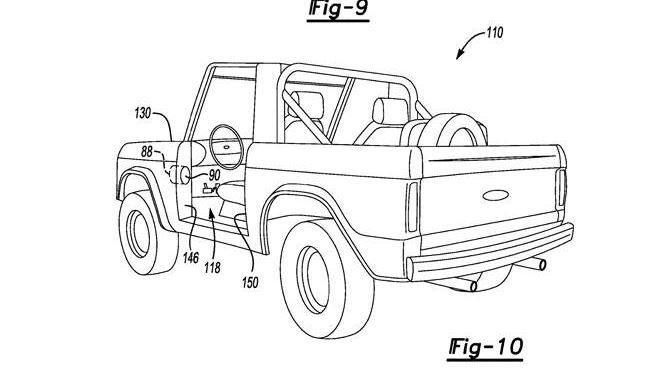 Ford's upcoming Wrangler fighter might be taking a page from the iconic Jeep's playbook by offering removable doors, according to patent filings.

Novel door designs like the ones in the patent filings uncovered by AutoGuide this week give strong credence to previous rumors that Ford is taking a hardcore off-road approach to the Bronco's design, which should get enthusiasts pumped for the blue oval's new 4x4.

As an added bonus, it appears Ford might also be toying with the idea of offering tubular doors as an option on the new Bronco 4x4. Tubular doors are popular aftermarket add-ons for lots of off-road vehicles, from Wranglers to Toyota Land Cruisers and just about everything else in between.

What makes Ford's patent application interesting is that it appears the company has an idea for implementing air bags into such a design, which might imply that Ford intends to offer them as a factory option.

This is a bit of a reach, we'll admit, but there could be some practical engineering behind this particular approach. While it may not result in tubular doors from the factory, it could allow Ford to implement side air bags in doors with remote inflators.

Later in the filing, it also covers potential designs for air bags mounted on items that remain stowed until the air bag needs to deploy, which could account for a situation where no door is present at all.

Development of the 2021 Ford Bronco should be in the home stretch, meaning we should see something final (or close to it) by some time next year.