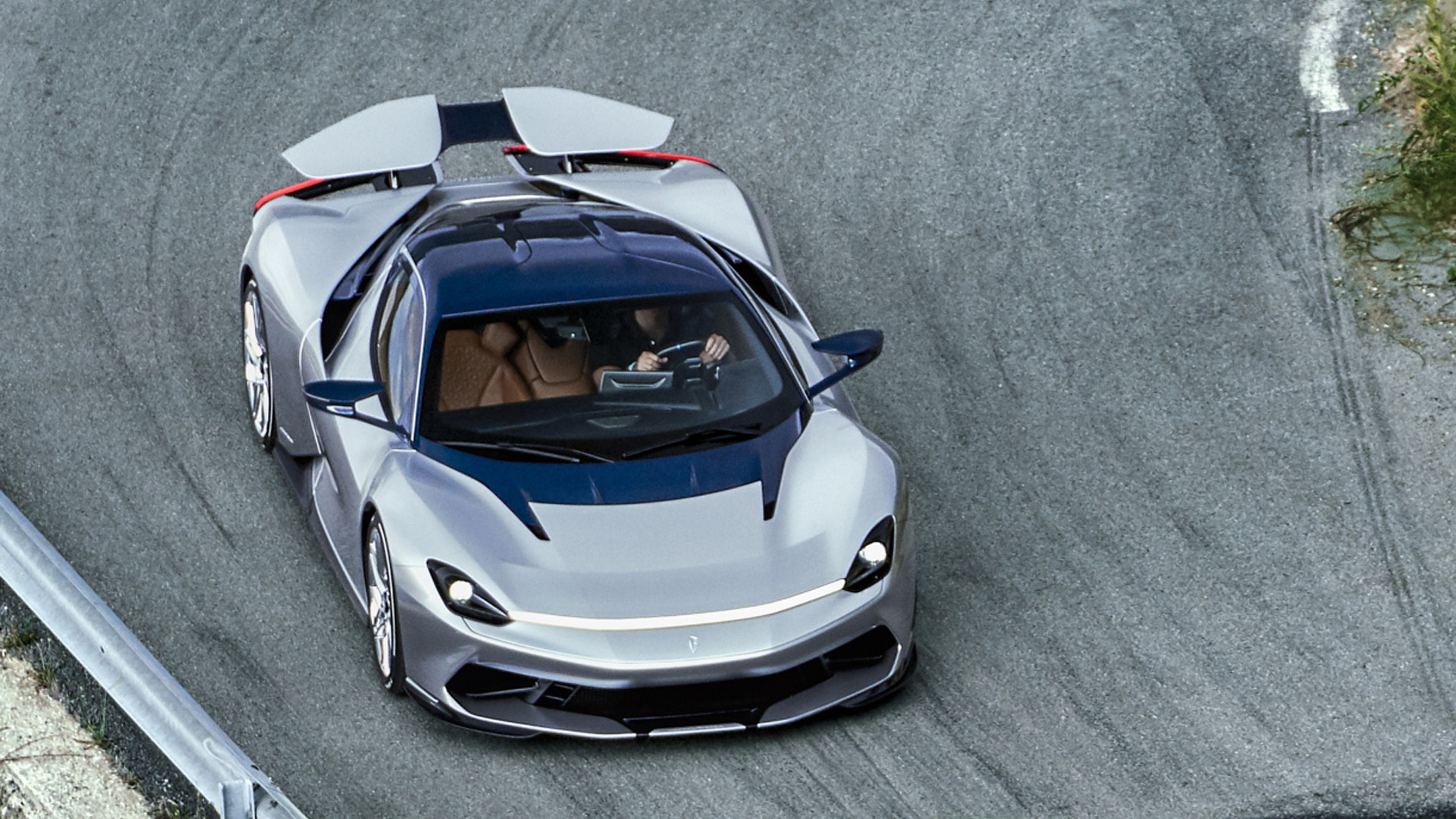 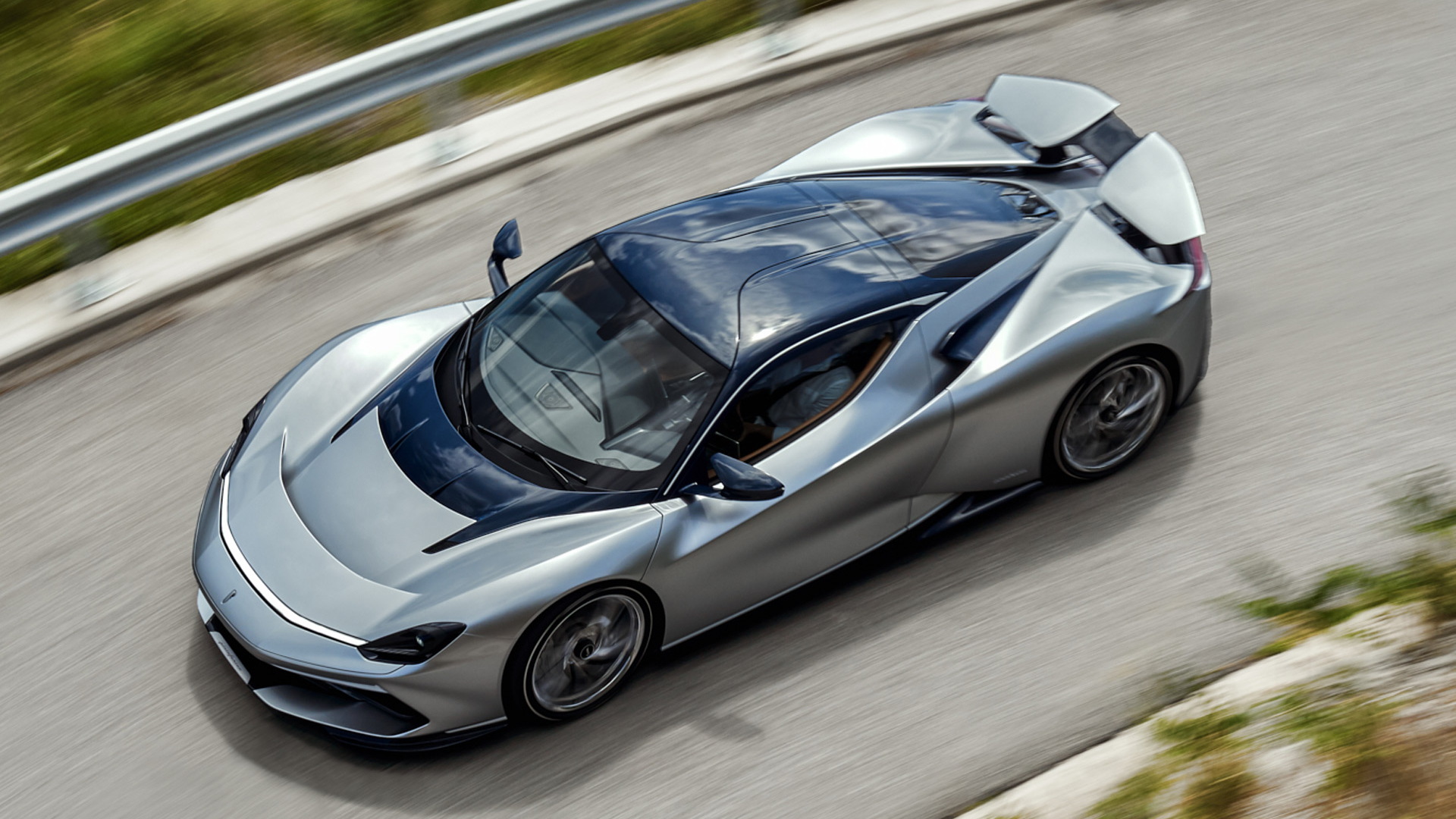 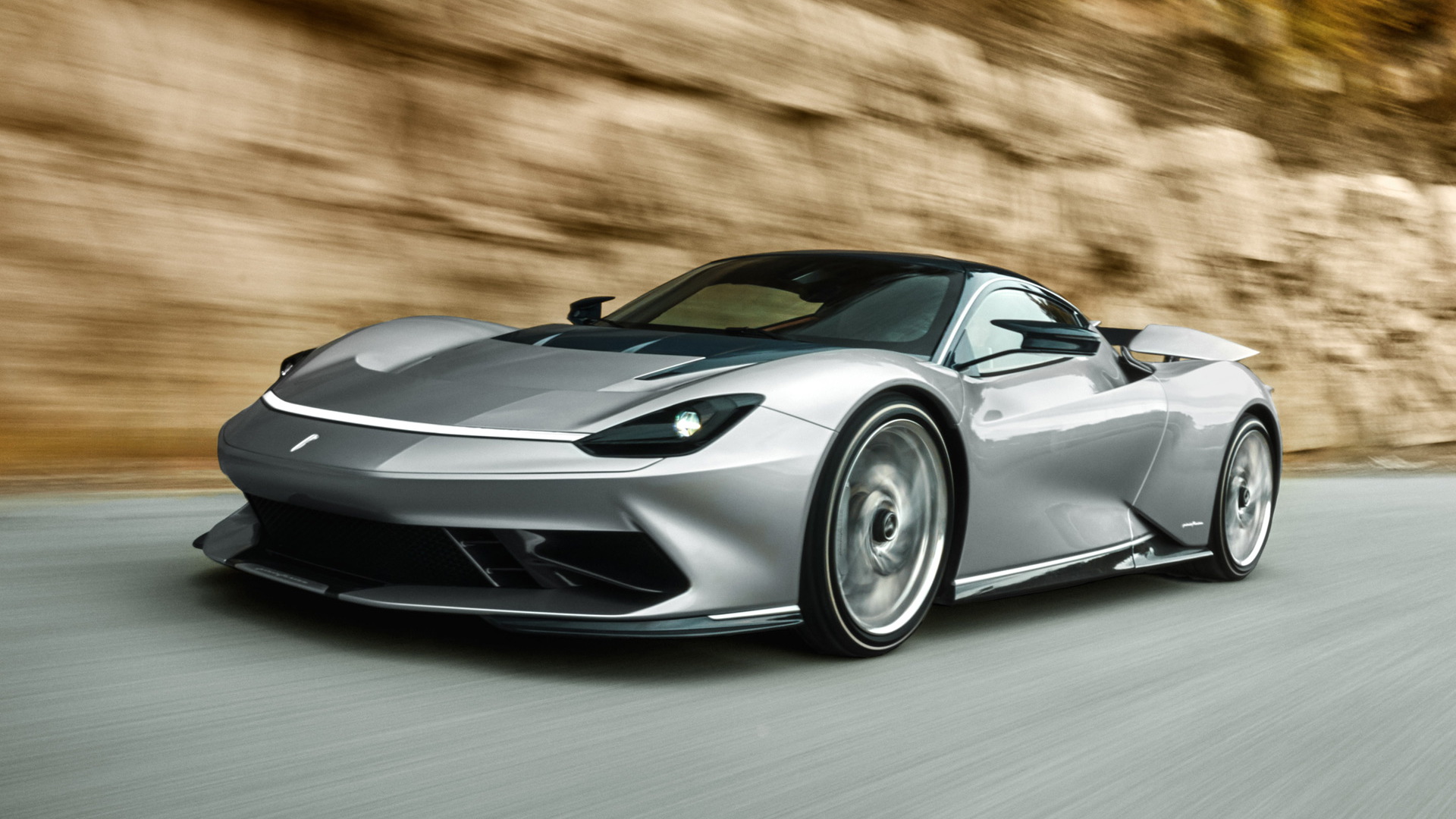 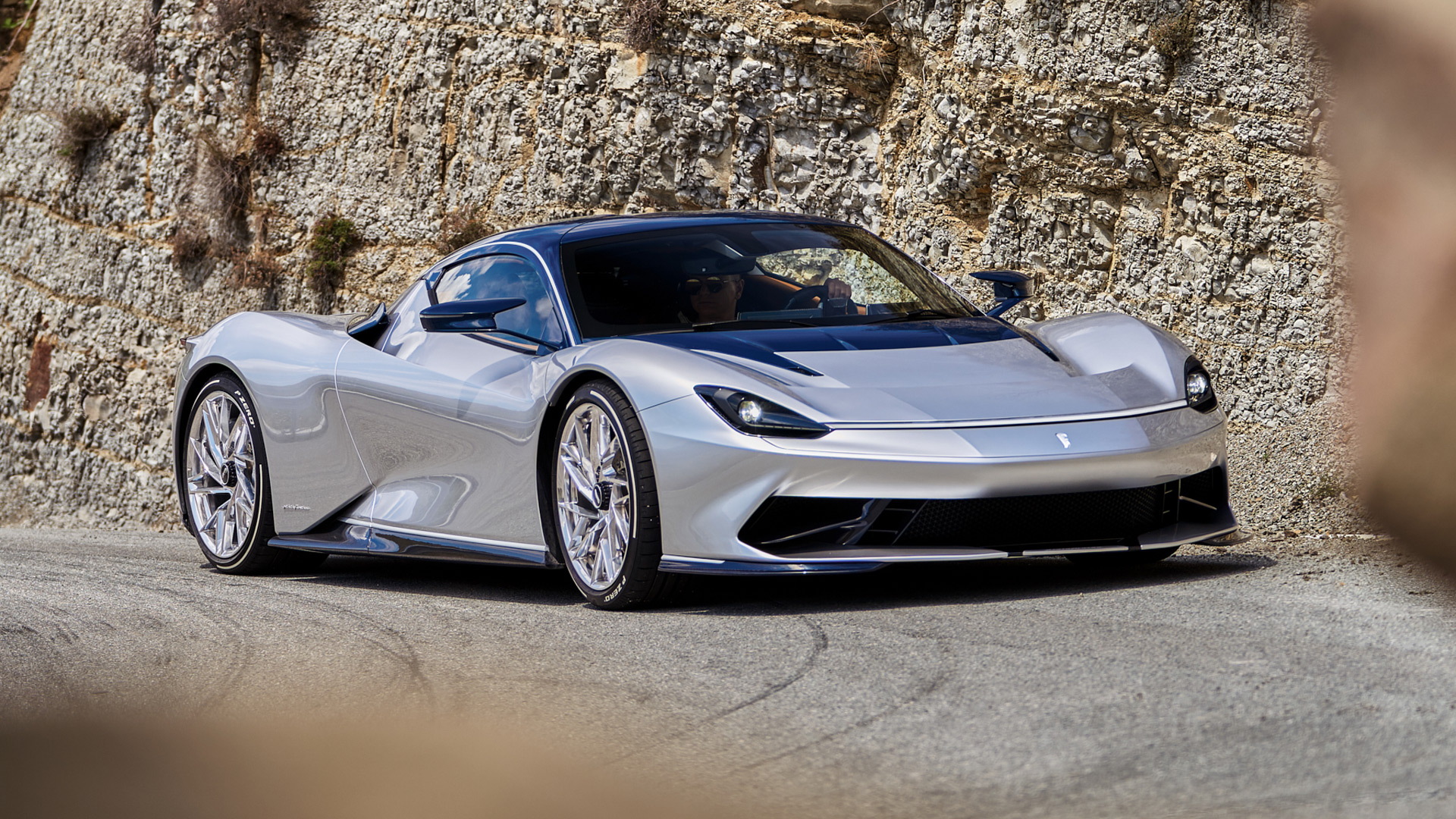 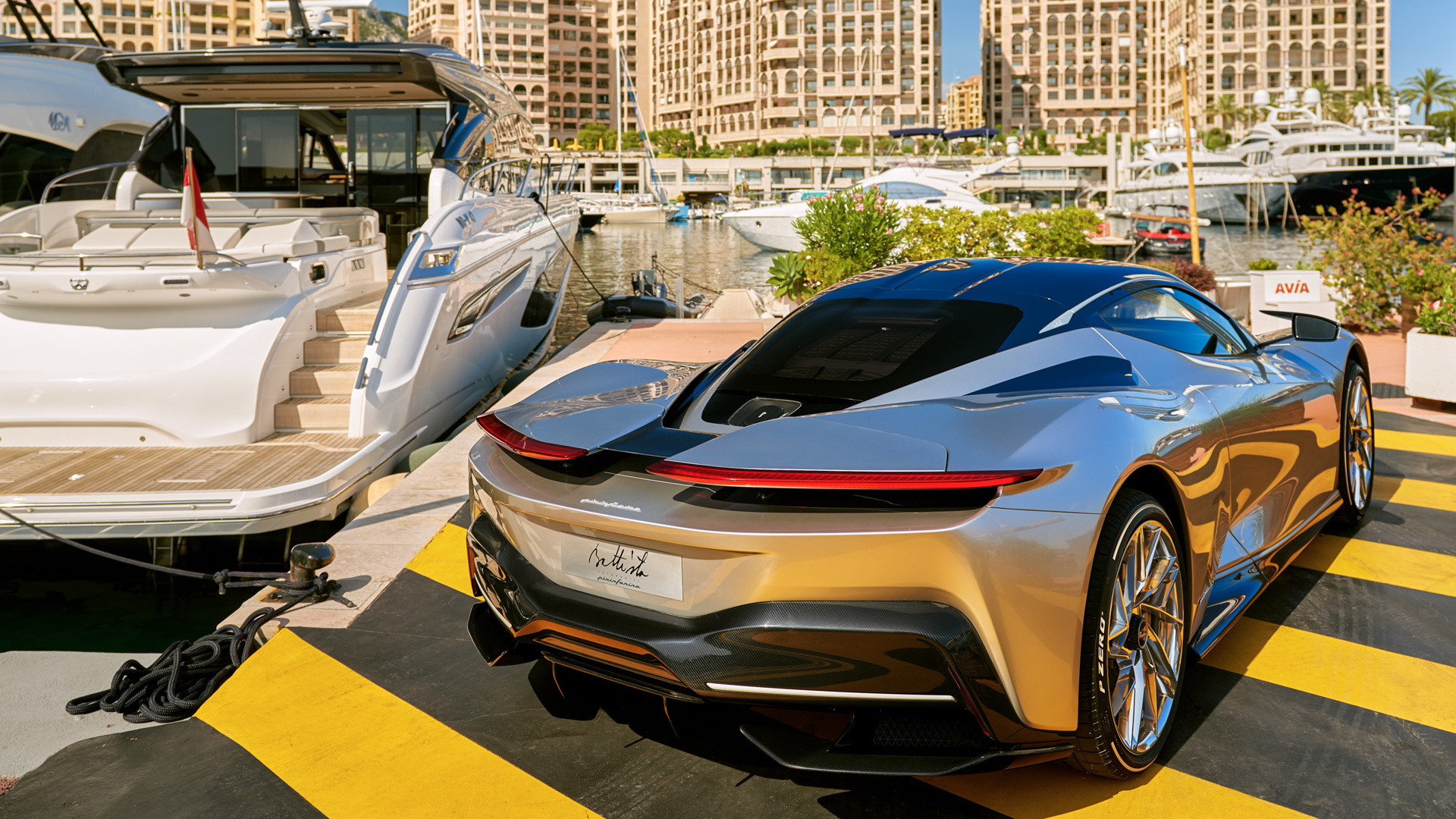 Wondering what the Pininfarina Battista will look like on the road? Well, the newly established auto manufacturing arm of Pininfarina has released new photos and video of the 1,877-horsepower electric hypercar out on the road.

The version shown features a slightly revised front fascia to what we saw in March at the car's Geneva International Motor Show debut. The front has been made more streamlined to help reduce range-sapping drag. Pininfarina said the revised design will help the Battista deliver close to 300 miles of range, up from 280 miles previously.

The Battista features a four-motor powertrain sourced from Rimac and generating 1,877 horsepower and 1,696 pound-feet of torque. Those numbers should see the car sprint to 60 mph in under 2.0 seconds, hit 186 mph in under 12 seconds, and top out at 217 mph. The battery is a 120-kilowatt-hour lithium-ion unit.

Pininfarina will start deliveries of the Battista in late 2020 and just 150 will be built, with 50 of those earmarked for North America. More than half of the allotment has been sold and if you'd like to purchase one of the cars, be prepared to pay 2 million euros (approximately $2.26 million).

Pininfarina will present the Battista alongside some past greats from its design portfolio at the upcoming Monterey Car Week. The Italian company will also present a concept embodying its new Pura design language. The concept will be shown to potential customers alongside sketches and computer-generated images of design studies for future additions to the Pininfarina lineup.

Perschke has hinted at the next models being a sedan and SUV. He revealed recently that the future models will be based on a dedicated EV platform developed with an outside firm.