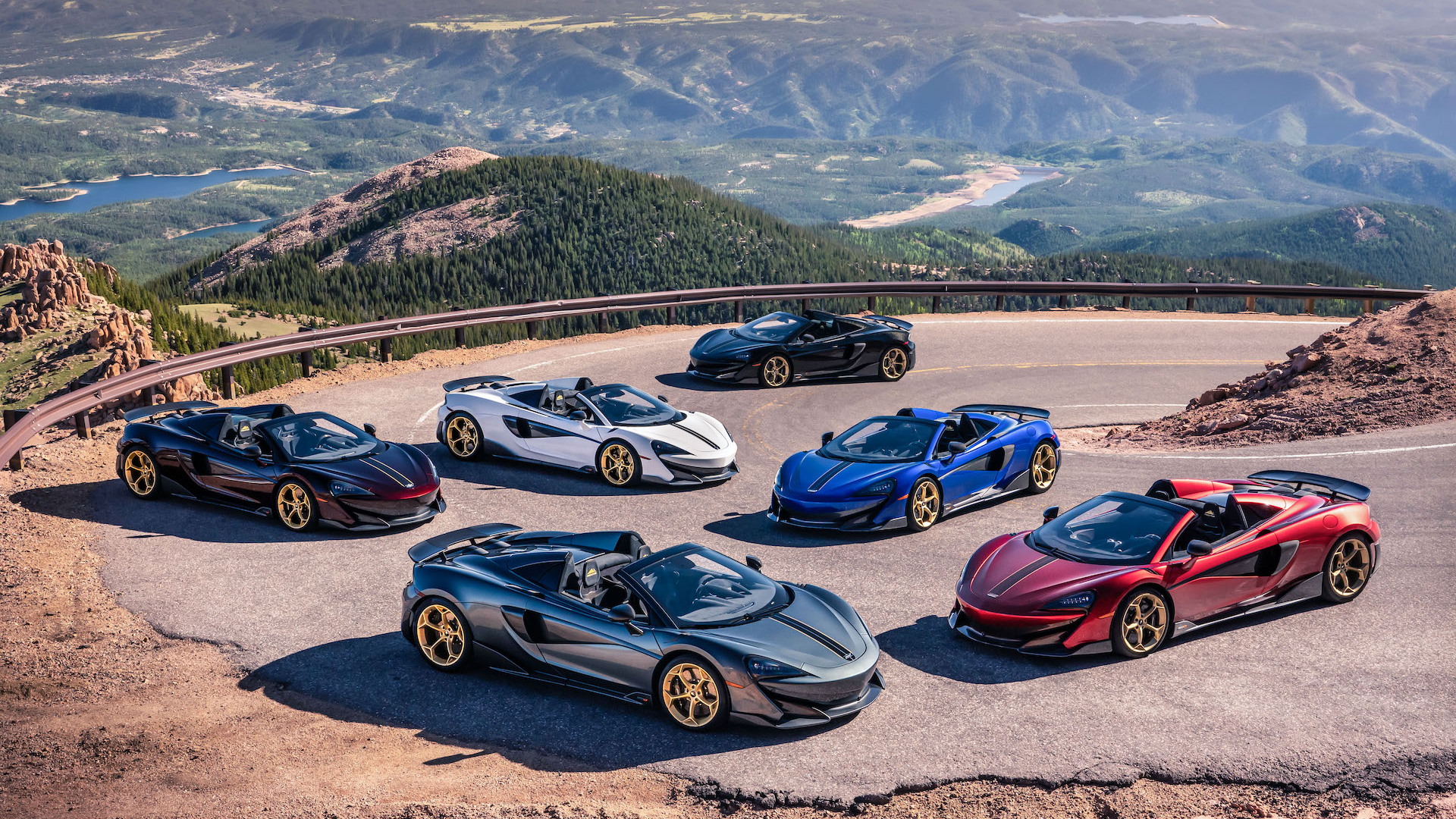 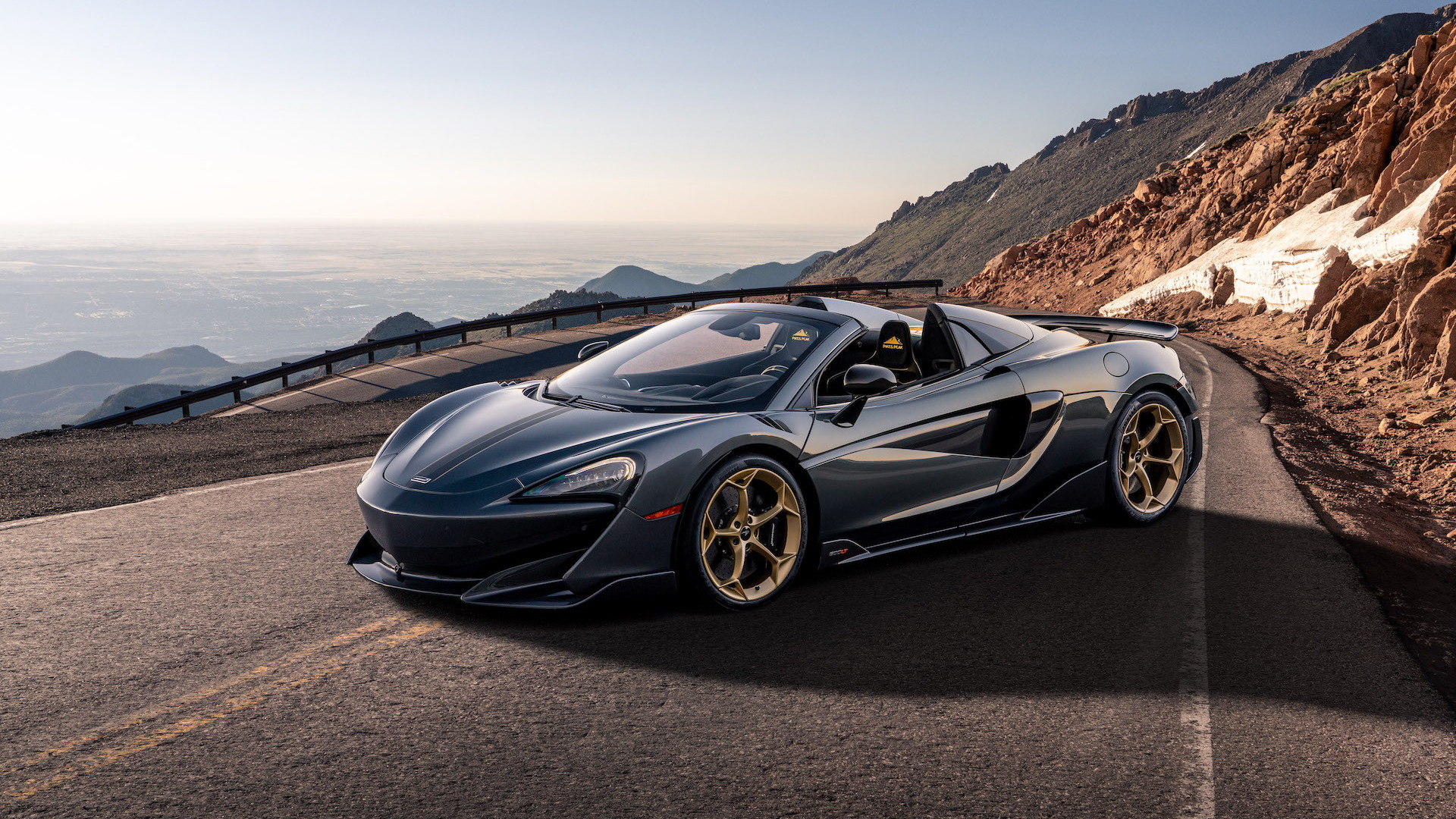 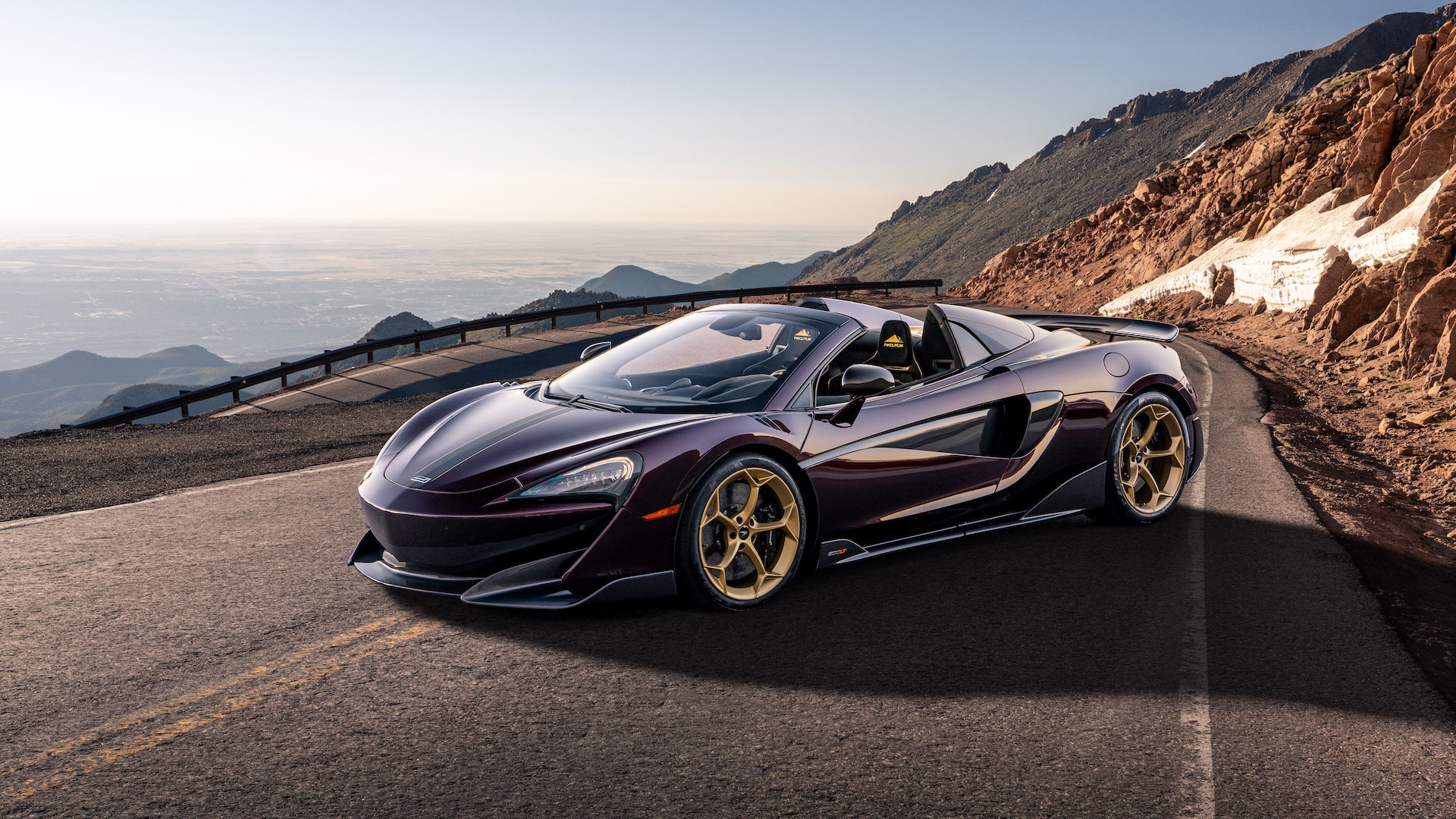 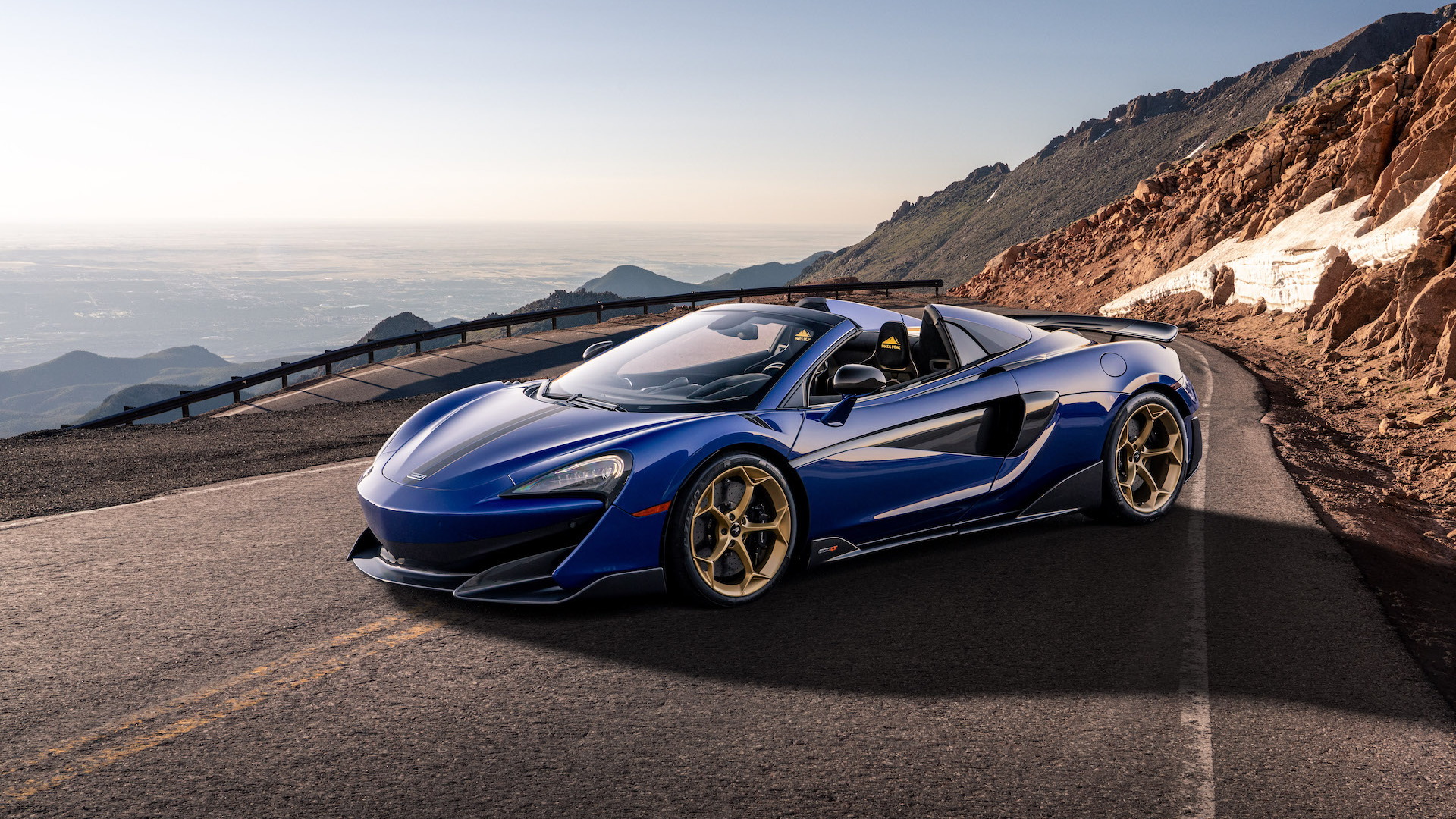 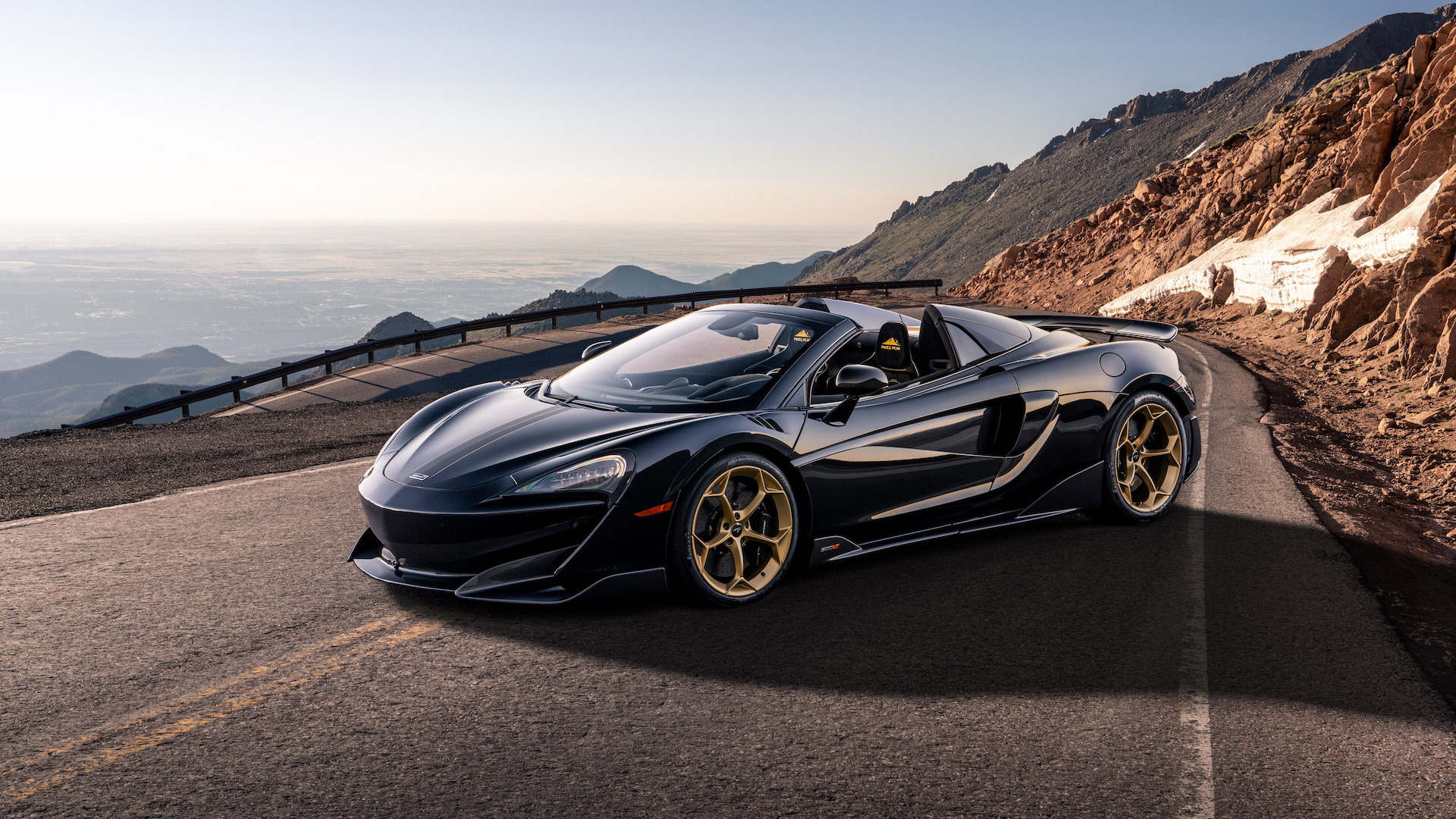 McLaren Denver will offer a very special collection of cars that honors the famed Pikes Peak International Hill Climb of its home state.

Nothing about the performance has changed, thus, each car still sports a twin-turbo 3.8-liter V-8 that makes 592 horsepower and 457 pound-feet of torque. With the power on hand, these Pikes Peak editions will go from 0-60 mph in 2.8 seconds.

The satin gold look follows the driver into the cabin where a steering wheel center band is finished in the color. The extended paddle shifters and all other visual contrast lines also don the soft gold look, too. Final touches include the Pikes Peak logo in gold embroidery on the headrests and plaque marking the car as one of six made.

That's right, the six cars are all McLaren made and each will be sold exclusively through McLaren Denver. Pricing wasn't included in the announcement, but a standard 600LT Spider starts at $256,500. Expect a healthy premium over that figure for the Pikes Peak collection cars.