Nearly 20 years after it first debuted, the Chevrolet Trailblazer has returned for 2021 with a new role in the bow tie brand's lineup.

On Wednesday, General Motors announced the 2021 Chevrolet Trailblazer that will slot between the small Trax and compact Equinox crossover SUVs in the automaker's lineup.

If you did a double-take you aren't alone. The reborn Trailblazer looks like someone put a wet 2020 Blazer in the dryer. Visually, it's a shrunken version of the larger crossover SUV, which was reborn this year. A Camaro-like front end on the Trailblazer and a strong character line across the sides mirror the Blazer's exterior looks. The sporty theme continues with blacked-out pillars and gives the appearance of a floating roof on RS models. The rear end hasn't been revealed, yet, but we expect a similar design as the Blazer. 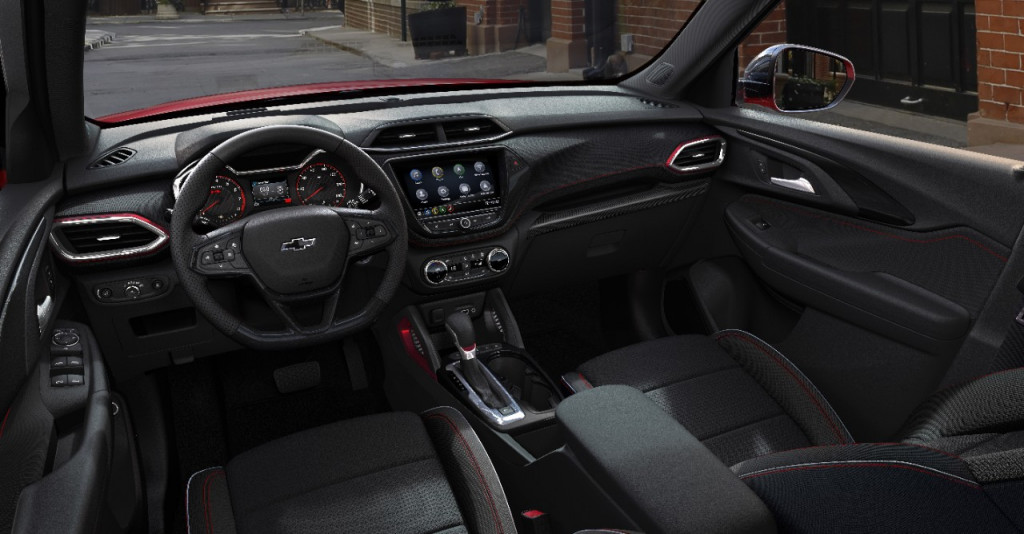 Inside, the design strays from the Blazer- and Camaro-like themes. A horizontal dash design houses a simple gauge cluster that looks similar to what's found in the Equinox, while a touchscreen infotainment system sits center above hard buttons for both audio and climate controls. RS models feature a dash of red trim around the vents to add to the sporty feel and match red stitching on the seats.

Pricing, powertrains, and fuel economy will be detailed closer to when the 2021 Trailblazer arrives in dealerships in early 2020.