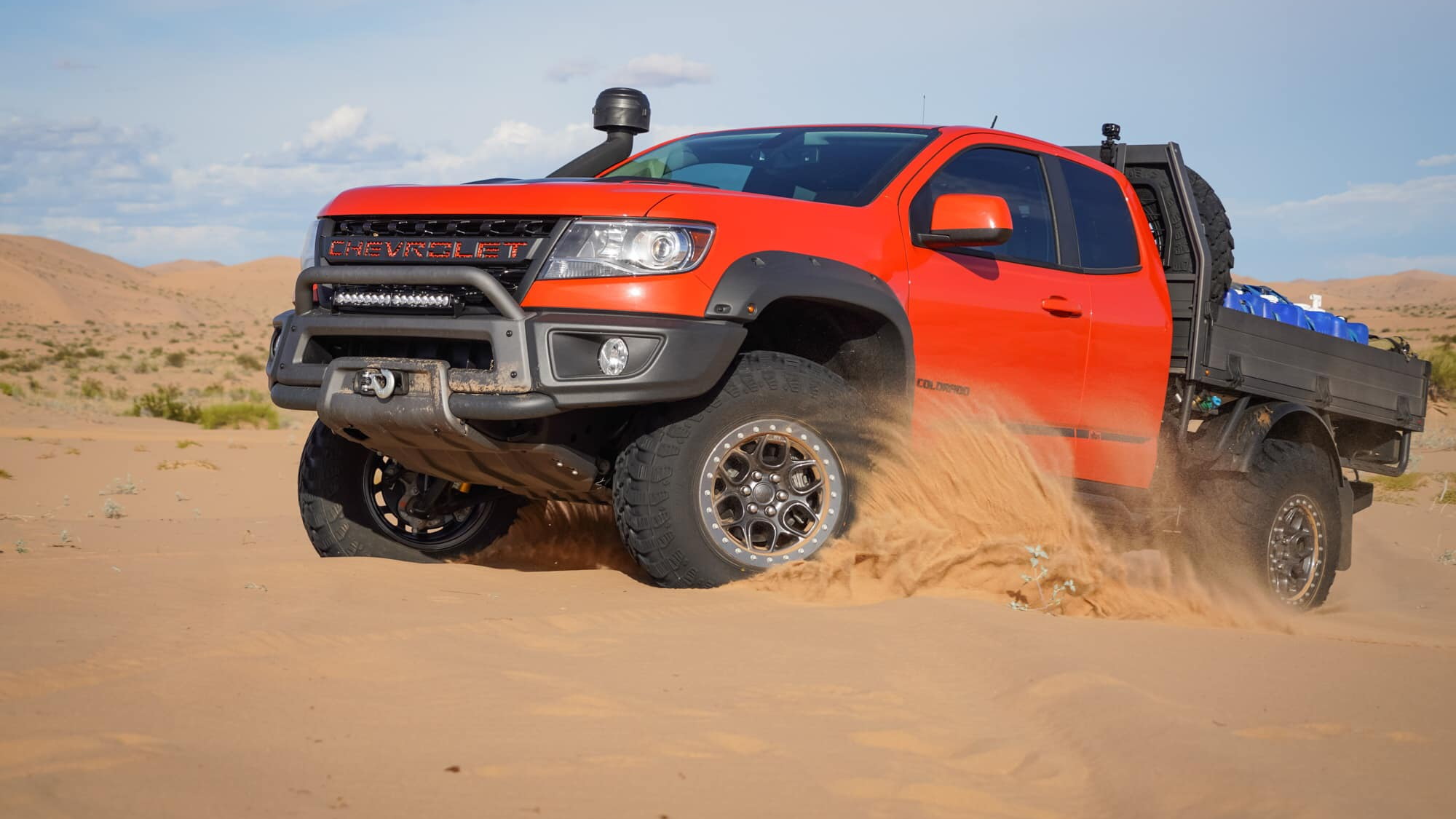 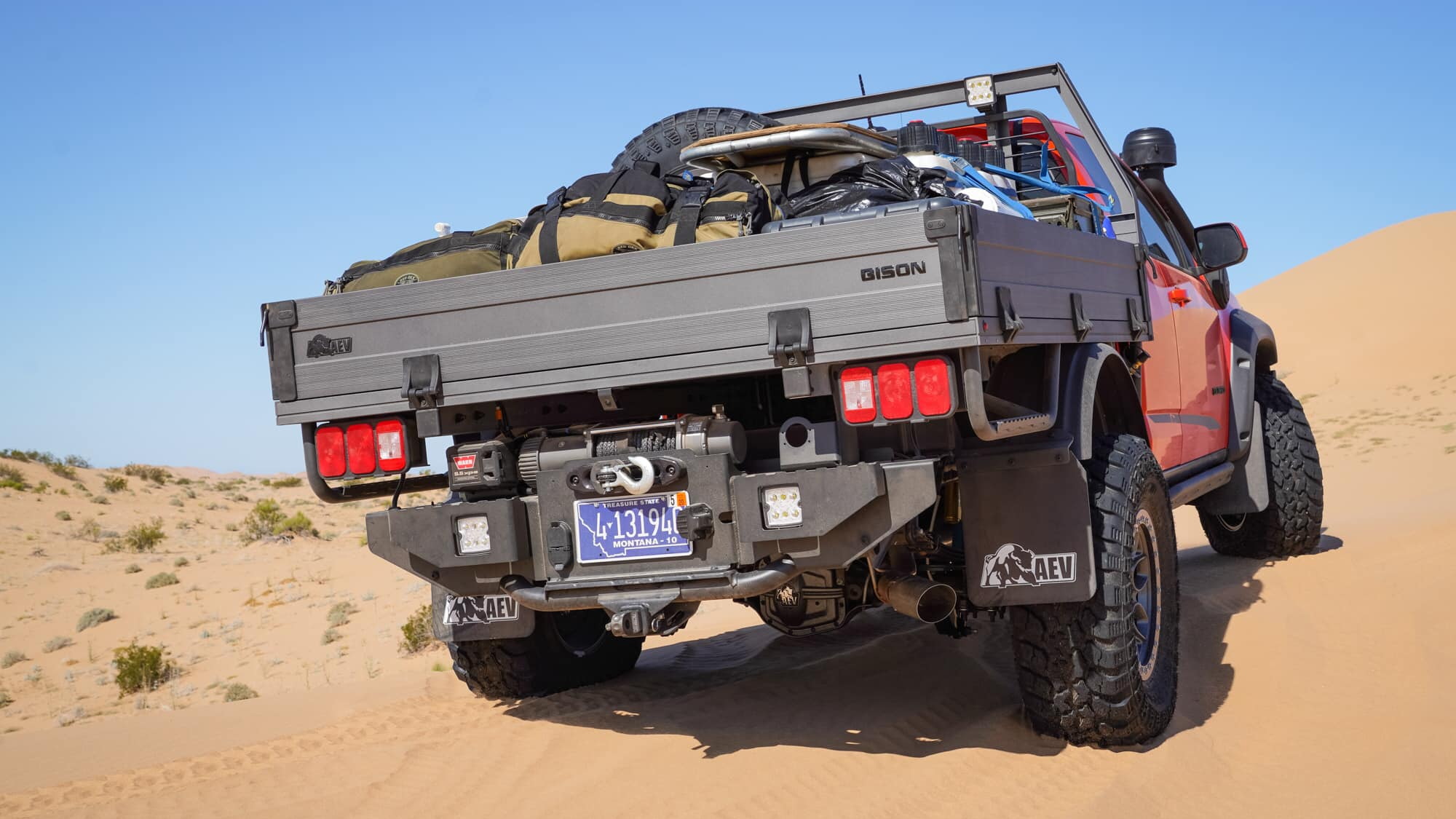 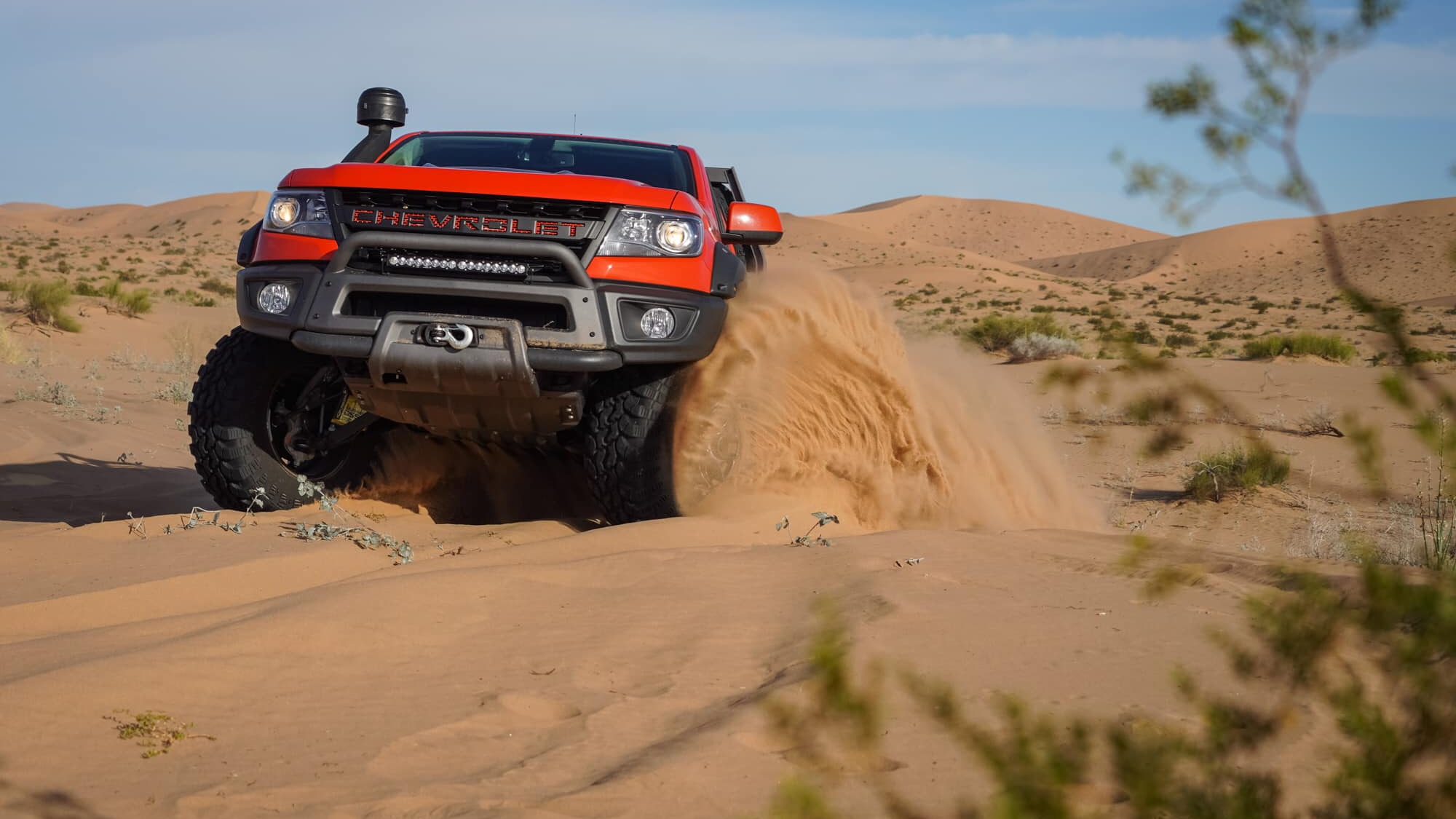 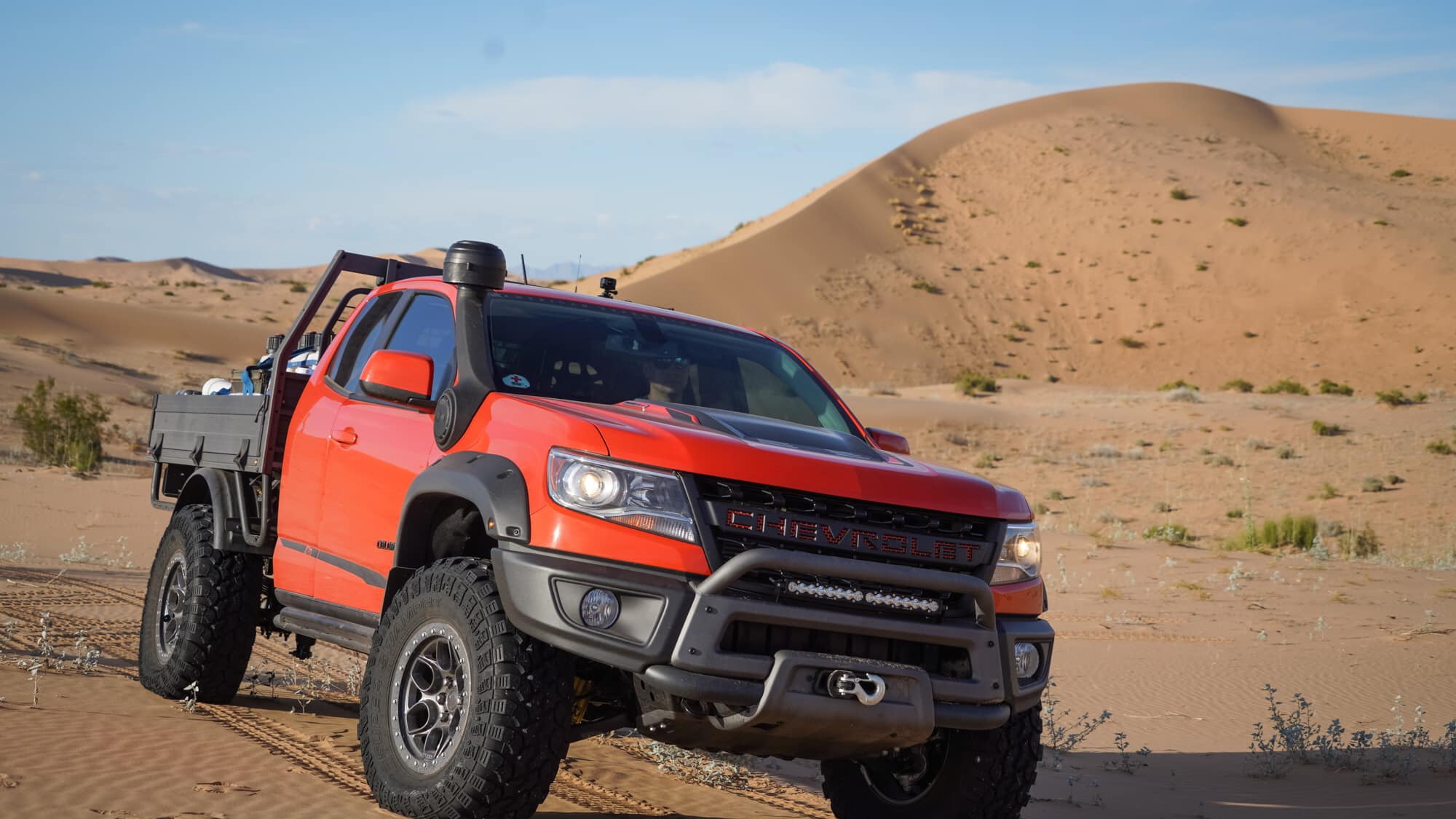 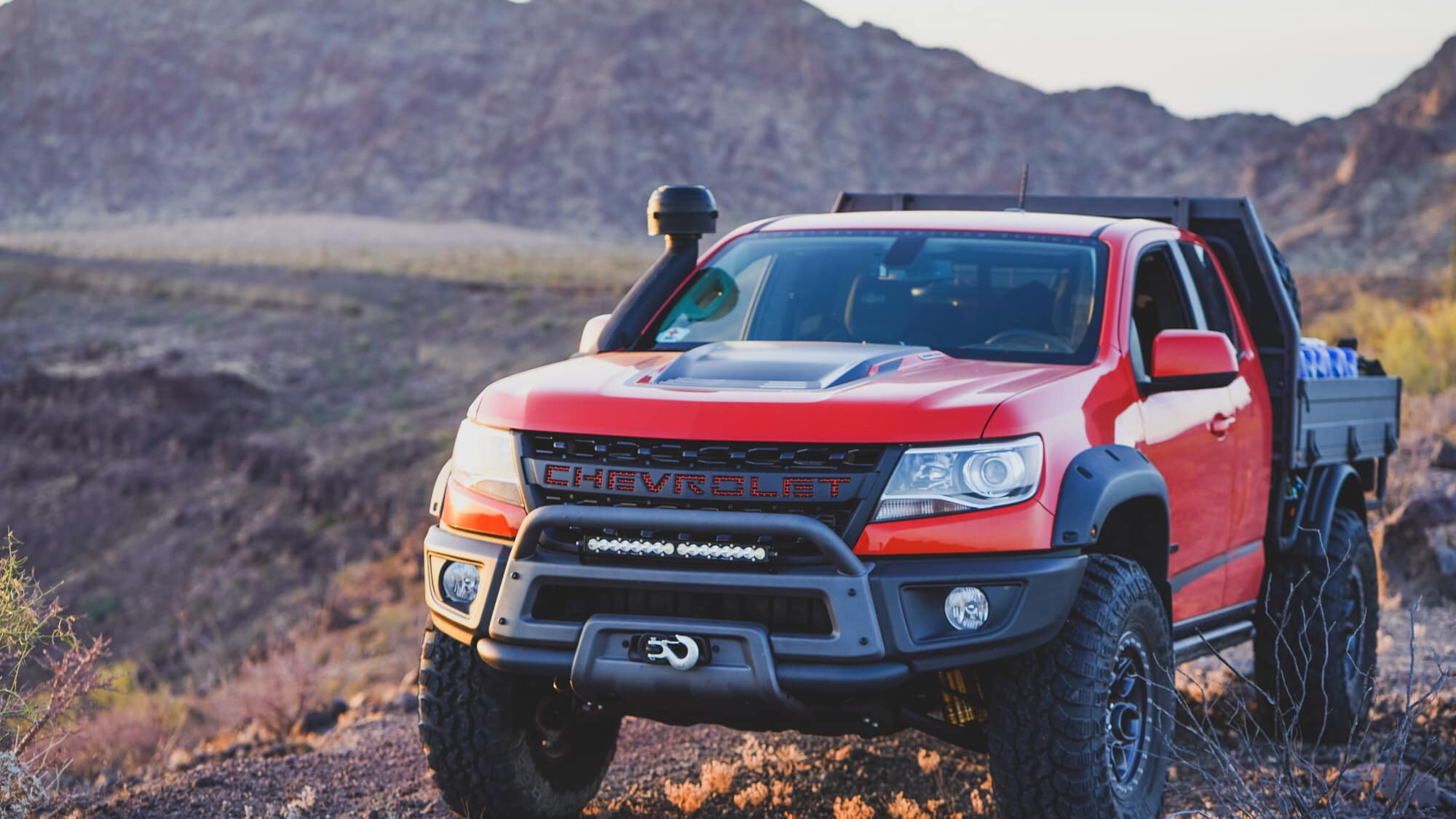 American Expedition Vehicles knows a thing or two about working with the Chevrolet Colorado ZR2, as it's responsible for upgrades to create the Bison model. Yet, the company wanted to do a little more with its Colorado Bison Tray Bed concept.

AEV swapped out the standard bed for a full tray bed and created one tough-looking truck. The company revealed the pickup concept on Facebook on Wednesday ahead of its premiere at the 2019 Overland Expo West set for May 17-19.

The formula began with a production Colorado ZR2 Bison, which boasts five new skid plates made of Boron steel and AEV-designed stamped steel bumpers. From there, AEV removed the regular back end of the truck and created the full tray bed conversion.

The company said in the announcement that the prototype was built to gauge interest from customers on the possibility of a tray bed conversion for production. However, AEV wanted to test other experimental parts, so it rolled everything into one rig. Specifically, the Colorado ZR2 Bison Tray Bed concept features high-clearance fender flares from the brand. The exposed bolts aren't for show and are exactly what was needed to attach the fender flares. The truck required no additional lift to fit the 35-inch tires under the massive fender flares, and the ZR2's factory suspension geometry remains essentially the same.

However, AEV did add a few items from GM Performance Parts, including new upper control arms, tie-rod sleeves, and a steel driveshaft, as well as a leveling kit. Those changes make the front end sit more level with the rear.

Otherwise, the truck is basically the same as any Colorado ZR2 Bison model customers can buy today.

AEV said the prototype is just that for now and it hasn't researched how much a conversion would cost, should it get the green light for production. The design also isn't set in stone and could change for production should it be approved. We beg of you, AEV, keep it as is.