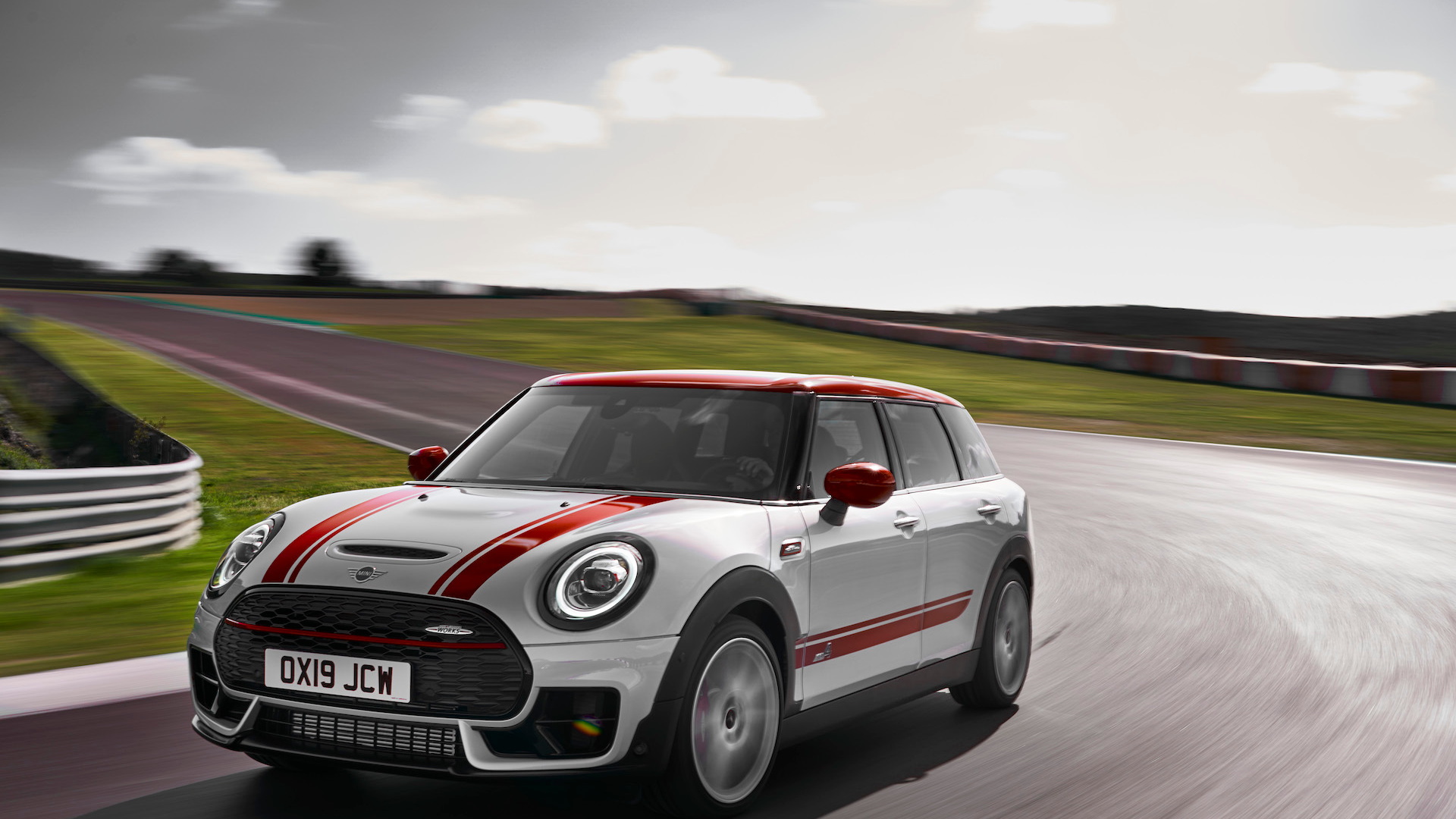 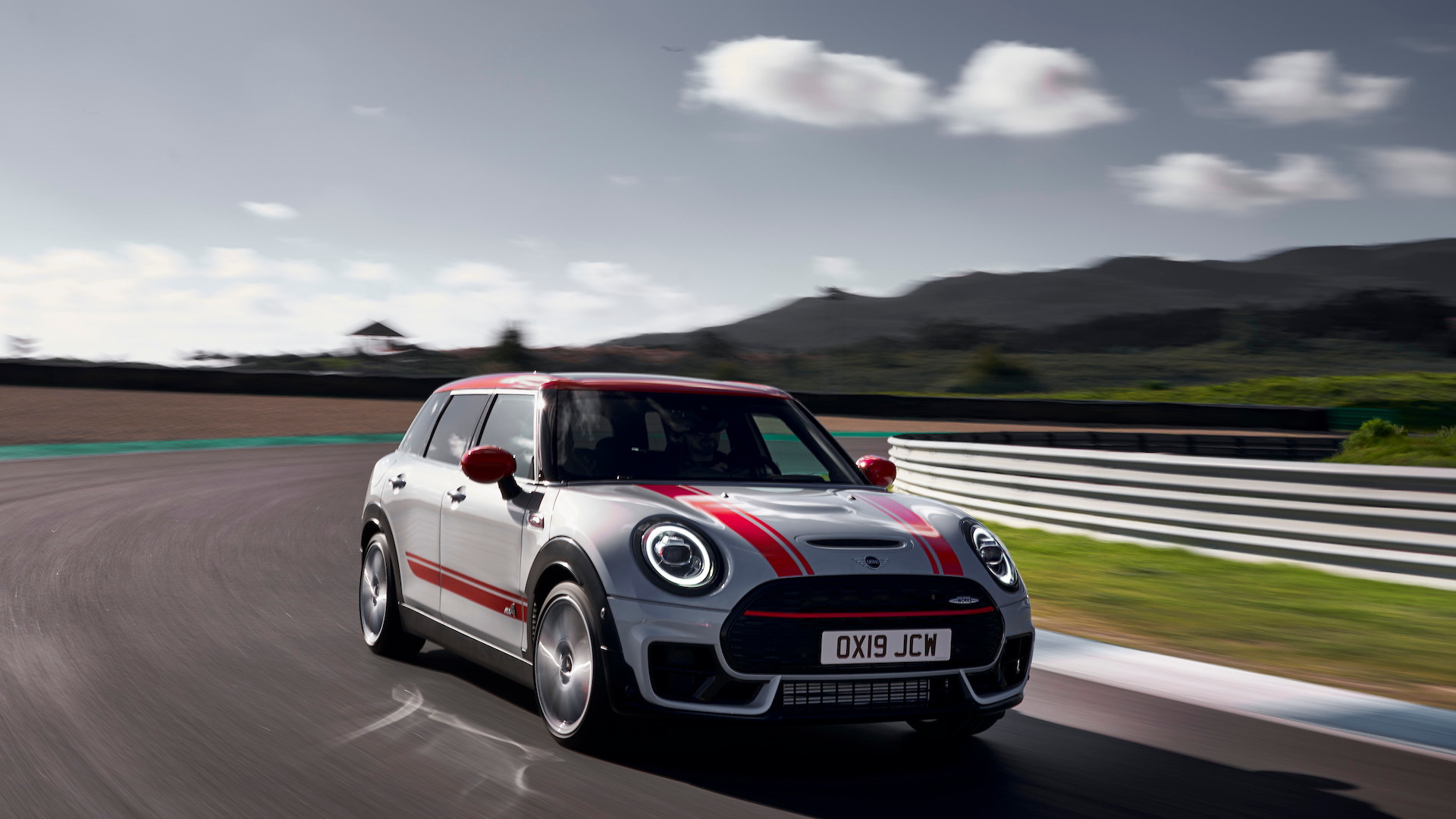 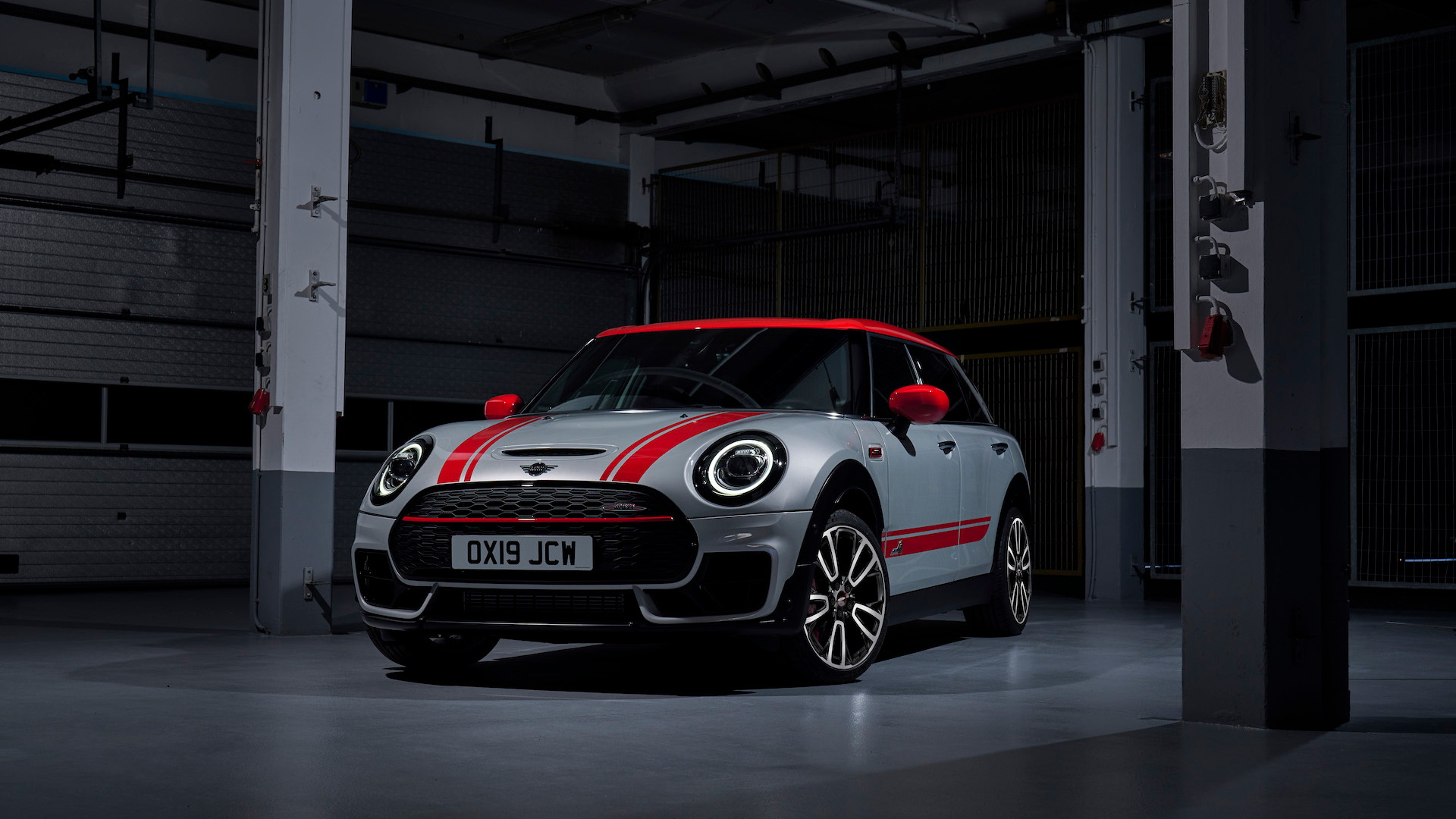 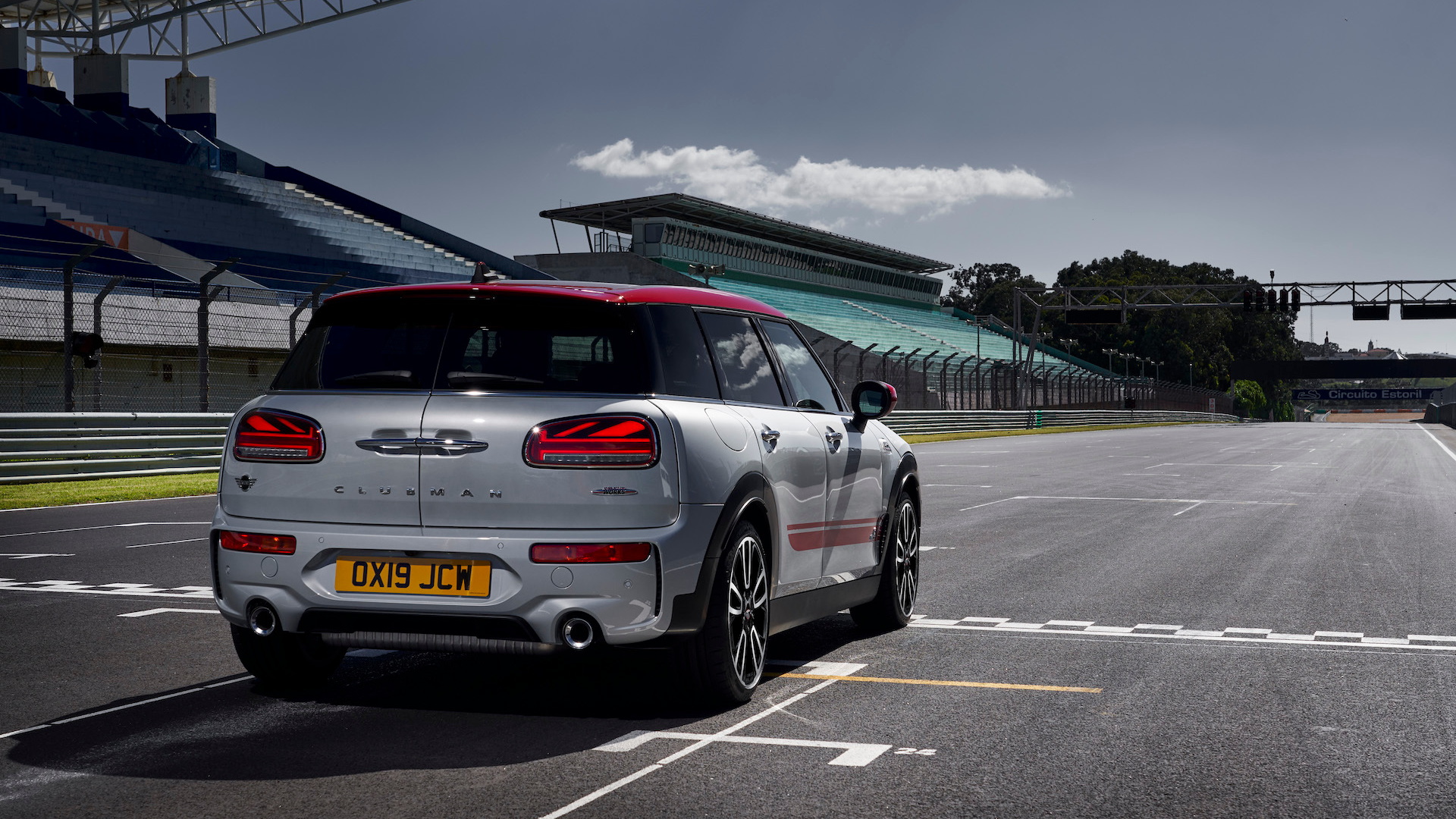 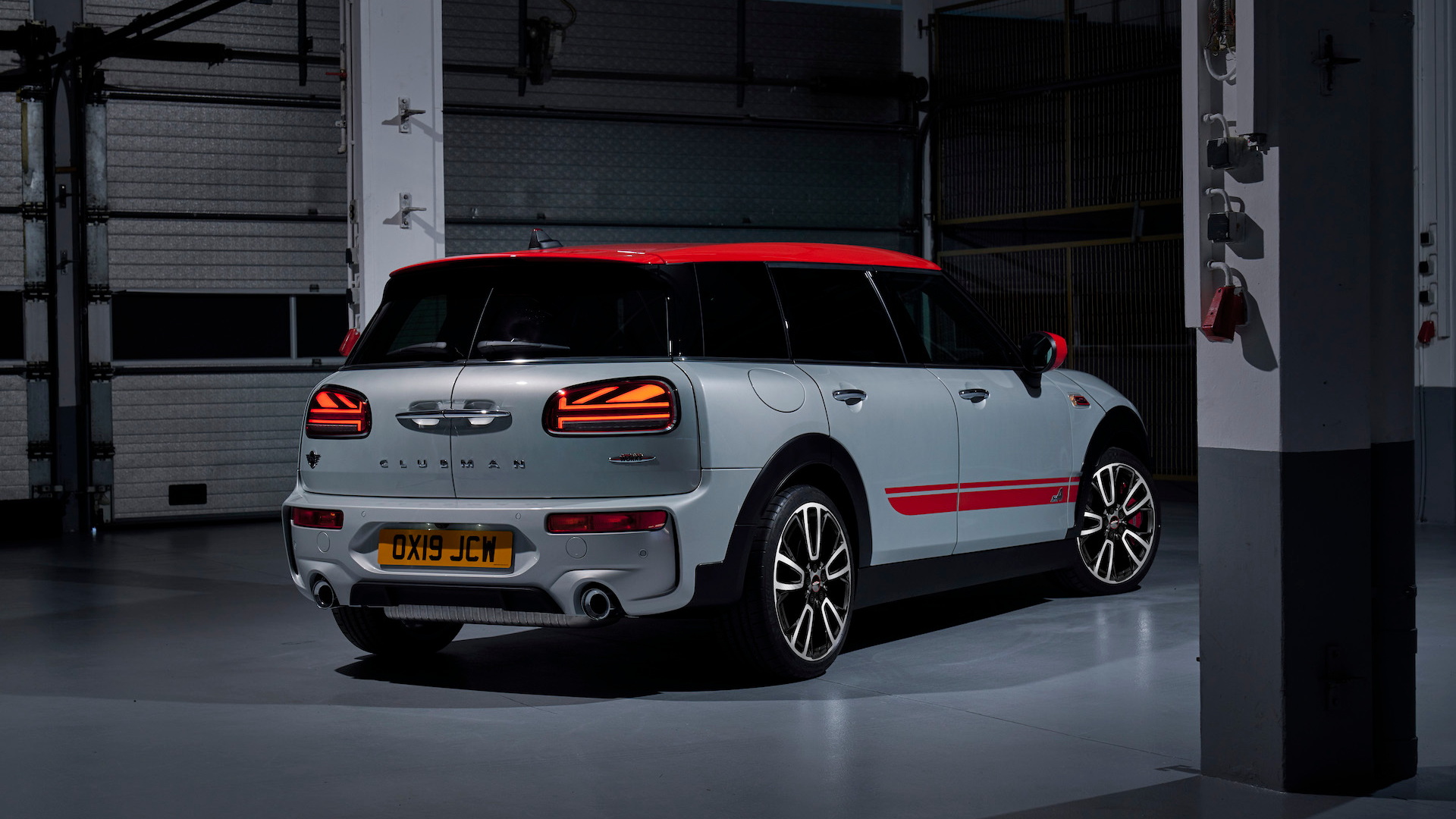 The Mini brand threw an uppercut on Wednesday by revealing a major power jump for the 2020 John Cooper Works Clubman and Countryman models. Now, both cars make an impressive 301 horsepower—a 73 hp increase.

Mini said the smaller JCW Clubman will sprint to 62 mph in 4.9 seconds, while the Countryman will do the same in only 5.1 seconds. Both times are down from the previous models, which did the 0-62 mph sprint in 6.3 seconds and 6.6 seconds, respectively. Powering the performance increase is a new 2.0-liter turbo-4, which now makes 331 pound-feet of torque, an increase of 74 lb-ft. The engine is based on the one found in the Mini Cooper S Clubman and S Countryman.

The biggest change is an undisclosed increase in turbo boost, but internal modifications were plentiful. The brand reinforced the crankshaft and added a main bearing with an extended cross-section. New connecting rods and pistons help squeeze more power from the 2.0-liter turbo-4. The engine's compression ratio was reduced from 10.2:1 to 9.5:1 to match match the increased boost, while the turbocharger integrated into the exhaust manifold received a blow-off valve to increase responsiveness. The latest direct-injection system features a multi-hole setup to improve flow rate and offer cleaner, more-efficient combustion.

Additionally, Mini poured resources into a new cooling system to ensure the 301-hp turbo-4 wouldn't be overtasked, and developed a new dual-exhaust system for each car. The sound is more subdued during relaxed driving and more noticeable when the driver gets on it. It's safe to say a lot of engineering love went into the latest JCW models.

The lone transmission is an updated 8-speed automatic that offers lower engine speeds in higher gears for better efficiency. It also features a launch control function and can be shifted via steering wheel paddles. From there power flows to all four wheels via a standard all-wheel-drive system that has also been beefed up to handle the higher engine output. The system defaults to front-wheel drive during normal driving, but can send power to the rear if it detects slip. A standard locking front differential helps put all that power to the pavement without wheel slip.

Mini made more changes than just the engine and driveline components. Mini retuned the front and rear suspensions, designed new swivel bearings to improve front-wheel camber, swapped in a new strut brace, and braced the front end with arrow struts and a dome bulkhead strut.

Larger brakes have been added to harness the car's higher speeds. The front now features 4-piston calipers that clamp down on 14.2-inch rotors, while the rear also gets 4-piston calipers and 13-inch rotors. That's a lot of brake hardware for such small cars, and it's called out by red front calipers with the JCW logo.

Buyers will also find larger front air inlets for better cooling of the engine and brakes, new side skirts, new rear aprons with integrated diffusers, a different roof spoiler for each car, and a red roof and mirror caps. LED headlights and taillights are standard, and the rear lights mimic the Union Jack flag as a nod to the brand's birthplace.

A Mini spokesman told Motor Authority the JCW Clubman and Countryman should arrive on U.S. shores in the late summer. Prices have not been announced.