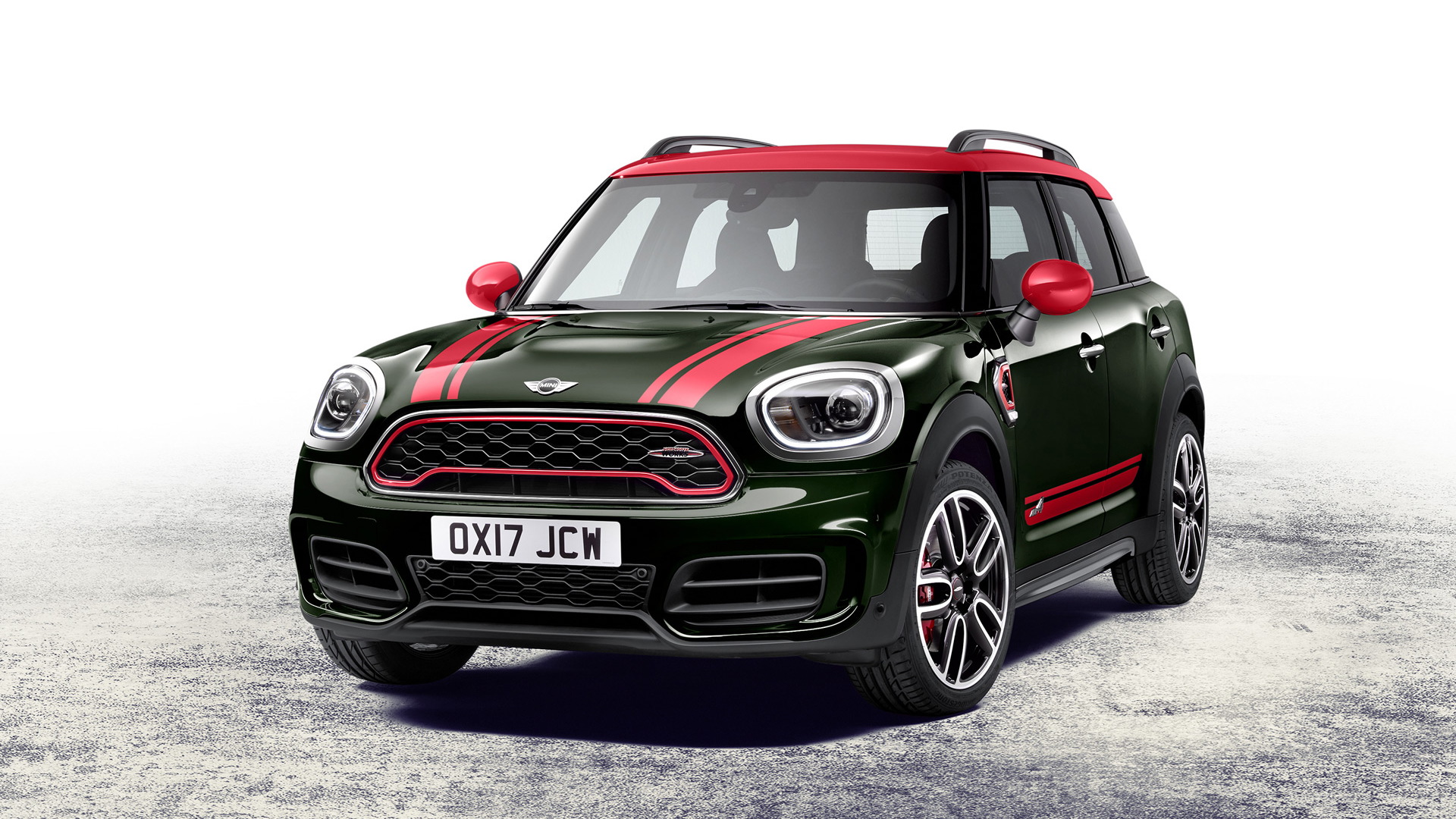 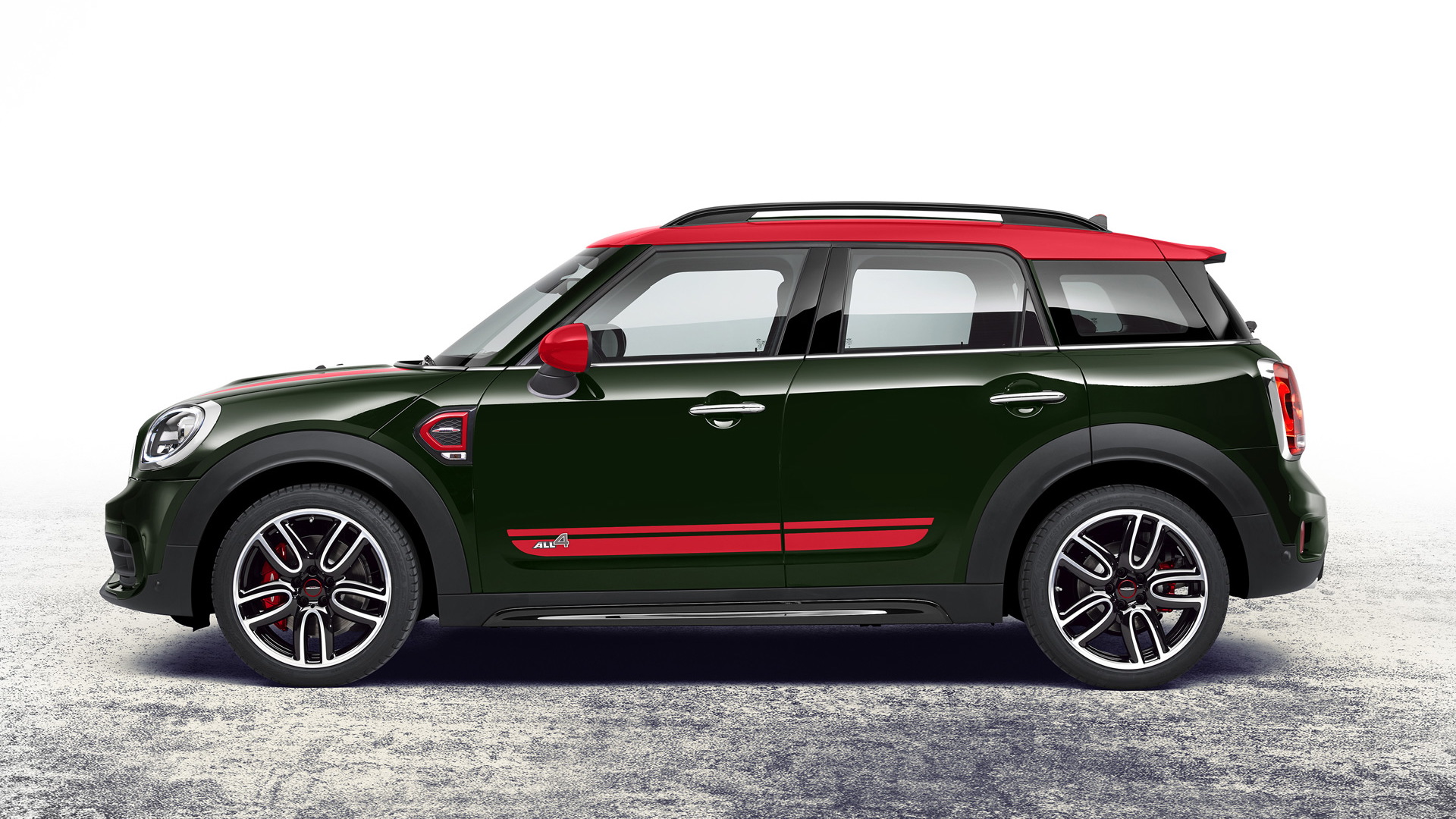 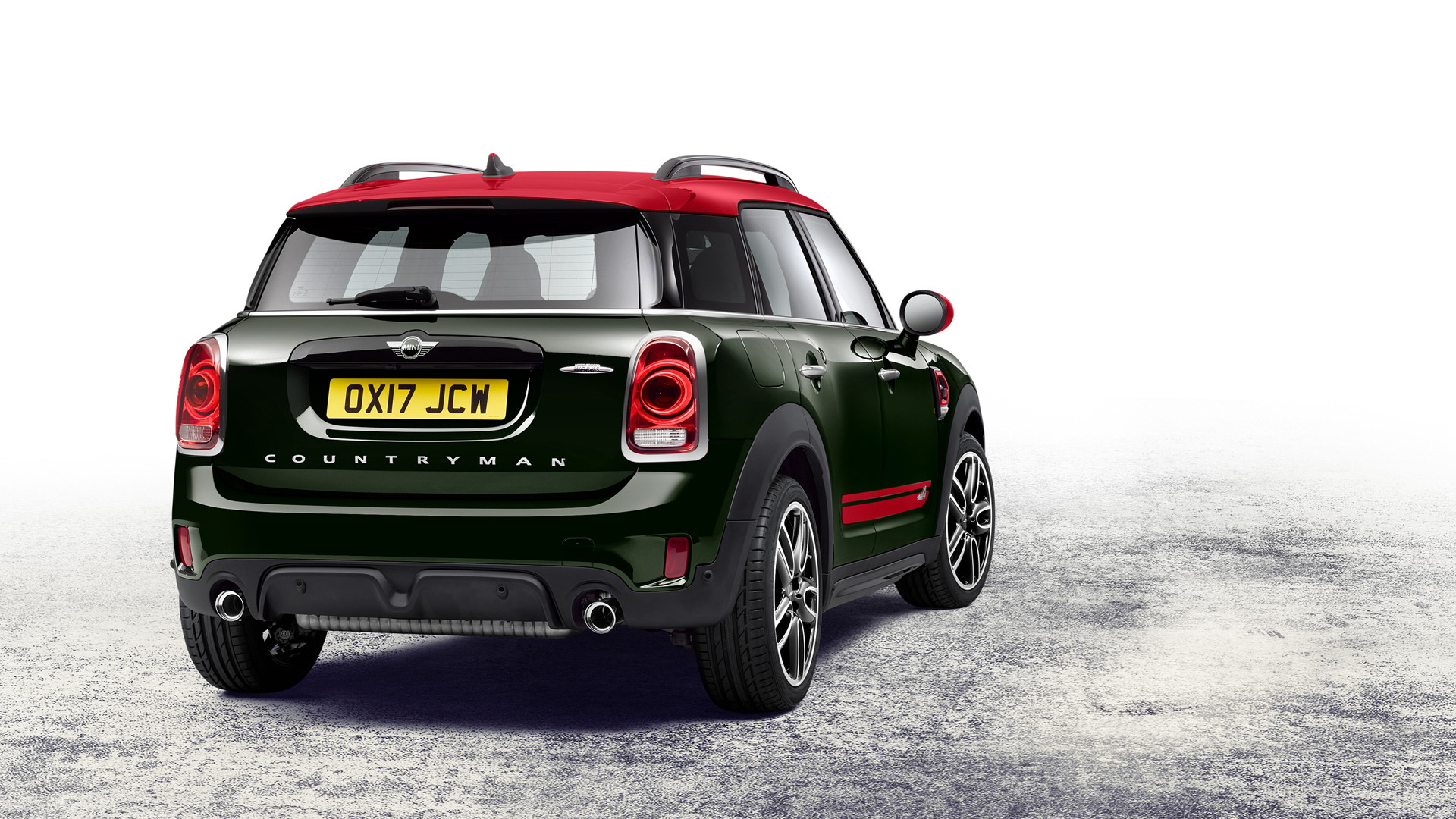 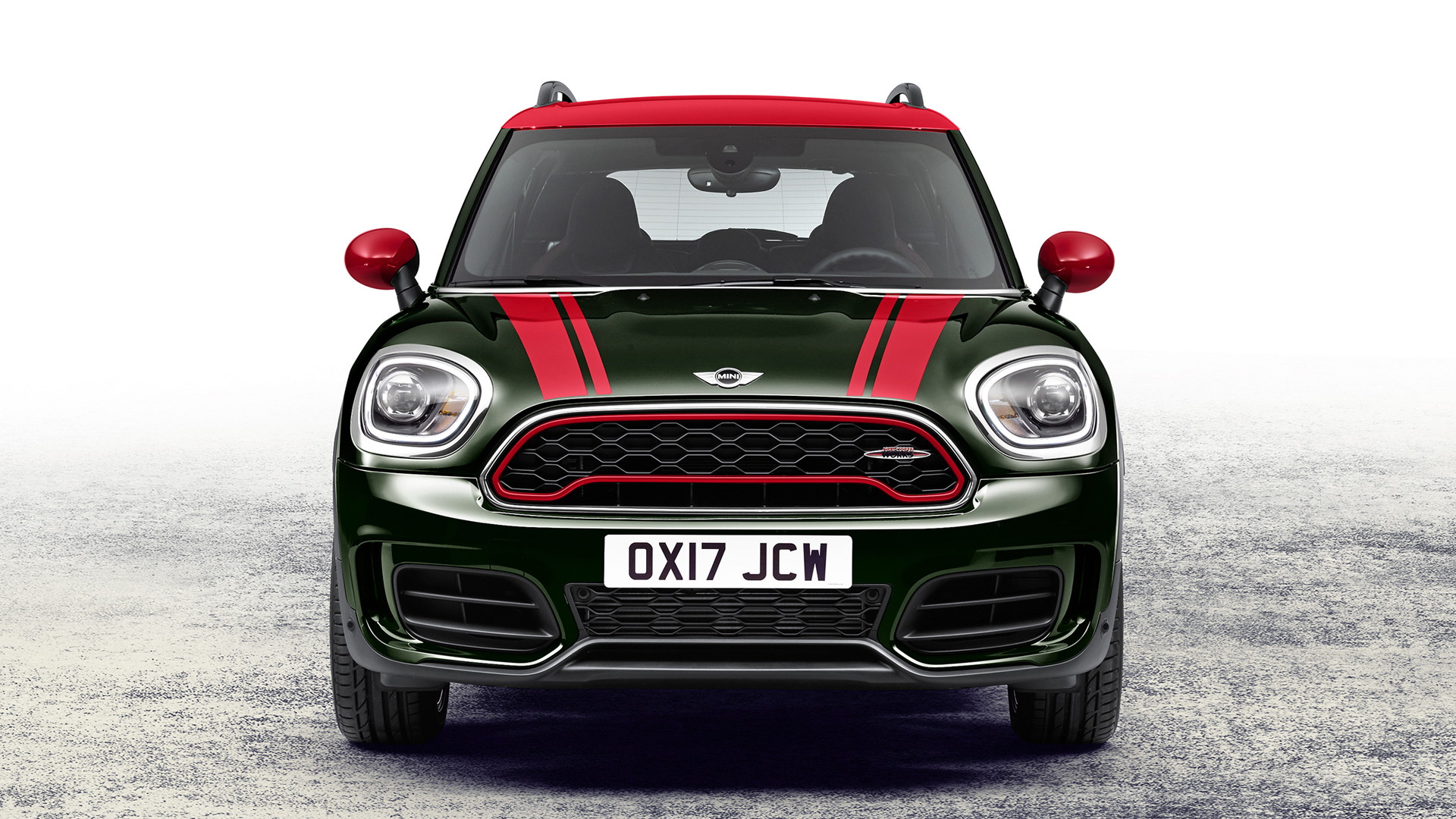 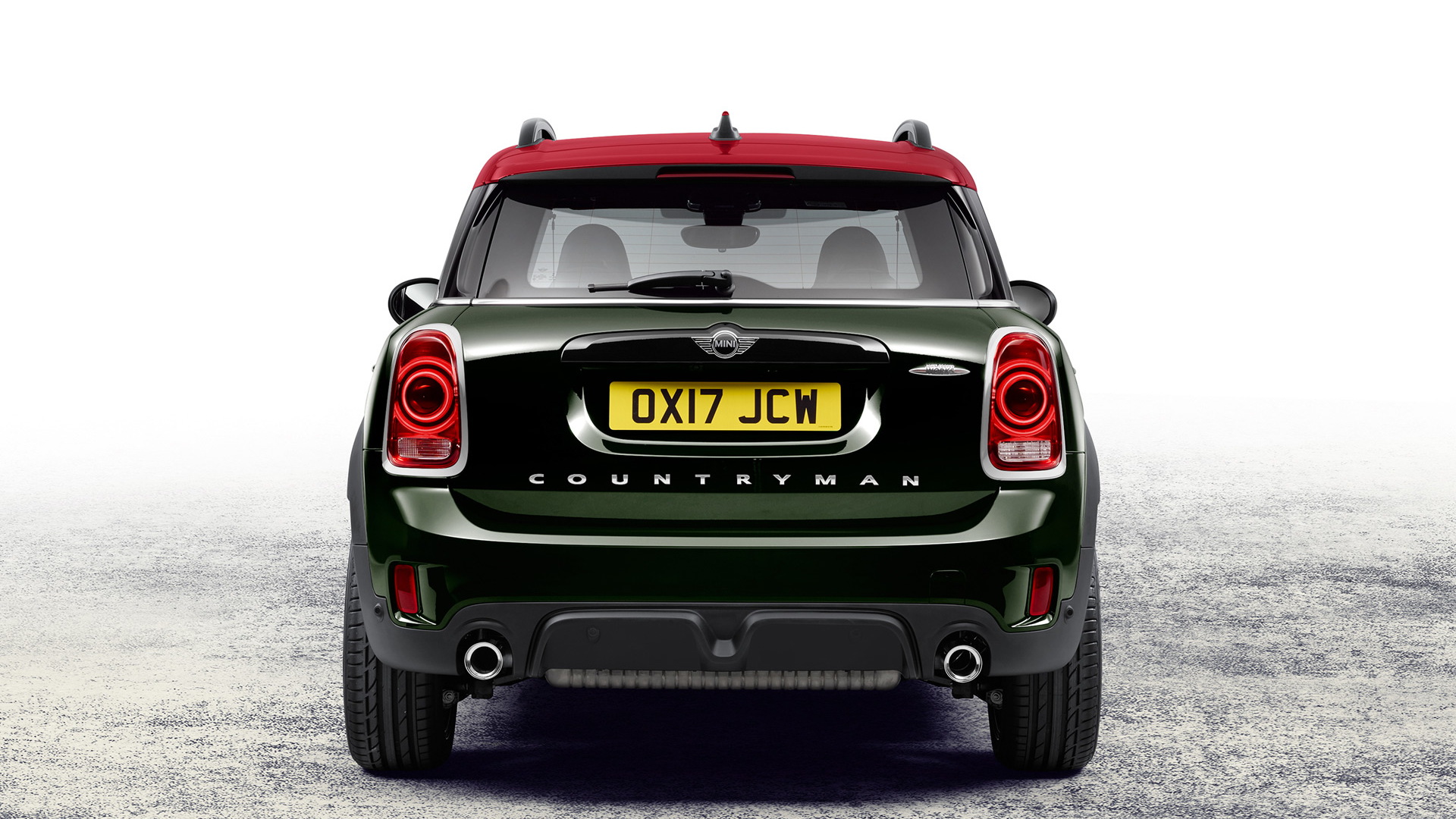 A new generation of the Mini Countryman has just gone on sale and will soon be joined by a high-performance John Cooper Works model.

Revealed today ahead of a world debut in April at the 2017 Shanghai auto show, the latest John Cooper Works Countryman follows a familiar formula with its turbocharged inline-4, high-flow exhaust, sport-tuned suspension and all-wheel drive. (Note, drive is sent to the front wheels only in most conditions but can be diverted to the rear as well within a fraction of a second when necessary.)

Power comes from the same turbocharged 2.0-liter inline-4 found in JCW-tuned versions of the Hardtop and Clubman, rated at 228 horsepower and 258 pound-feet of torque. It can be mated to a 6-speed manual or 8-speed automatic, with either transmission helping deliver 0-60 mph acceleration in 6.2 seconds and a top speed of 145 mph.

Along with the pokey engine is the aforementioned sport-tuned suspension. It comprises a single-joint spring strut axle up front, a multilink axle at the rear and adjustable dampers. For those looking for improved handling, Mini offers a stiffer suspension setup as an option.

Other performance upgrades over the standard Countryman include 18-inch light alloy wheels (a 19-in set is available), Brembo brakes comprising 4-piston calipers at the front, and an electronic differential lock for the front axle.

You’ll easily spot the JCW model by its badges and unique treatments for the bumpers. The latter aren’t just for looks, Mini tells us. They’re said to optimize the aerodynamic and cooling aspects of the vehicle.

There’s a unique interior, too. The front seats have extra bolstering and integrated headrests, the headliner has an anthracite finish, and the steering wheel and gear lever are JCW-specific units. In the dash is a 6.5-inch display for the infotainment system, which comes with a JCW start screen, and there’s also a full list of electronic driver aids available plus a color head-up display.

The latest JCW Countryman arrives in showrooms in the spring, as a 2018 model. Pricing will be announced closer to the market launch but should come in close to the $36K starting price of the outgoing model.