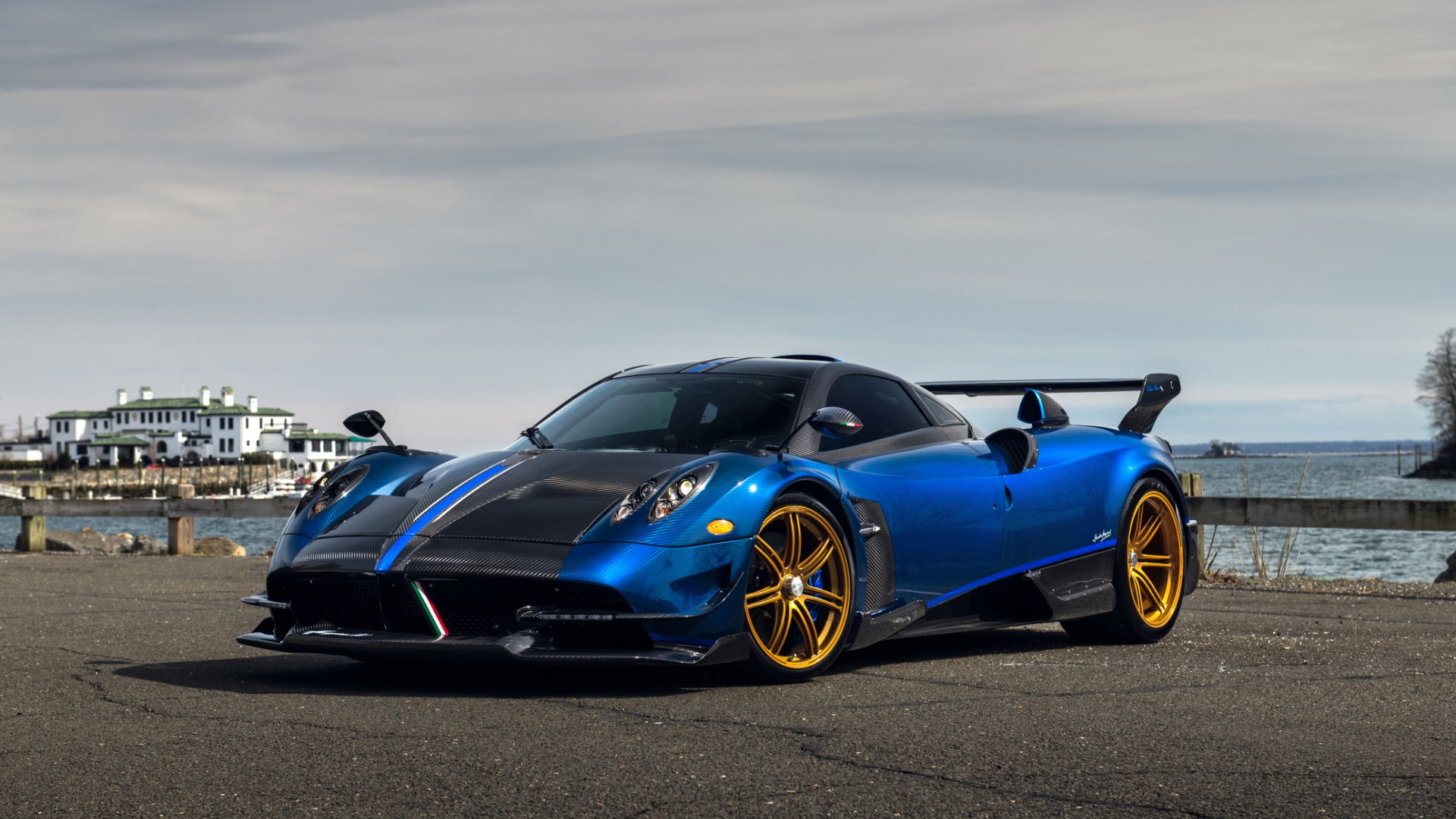 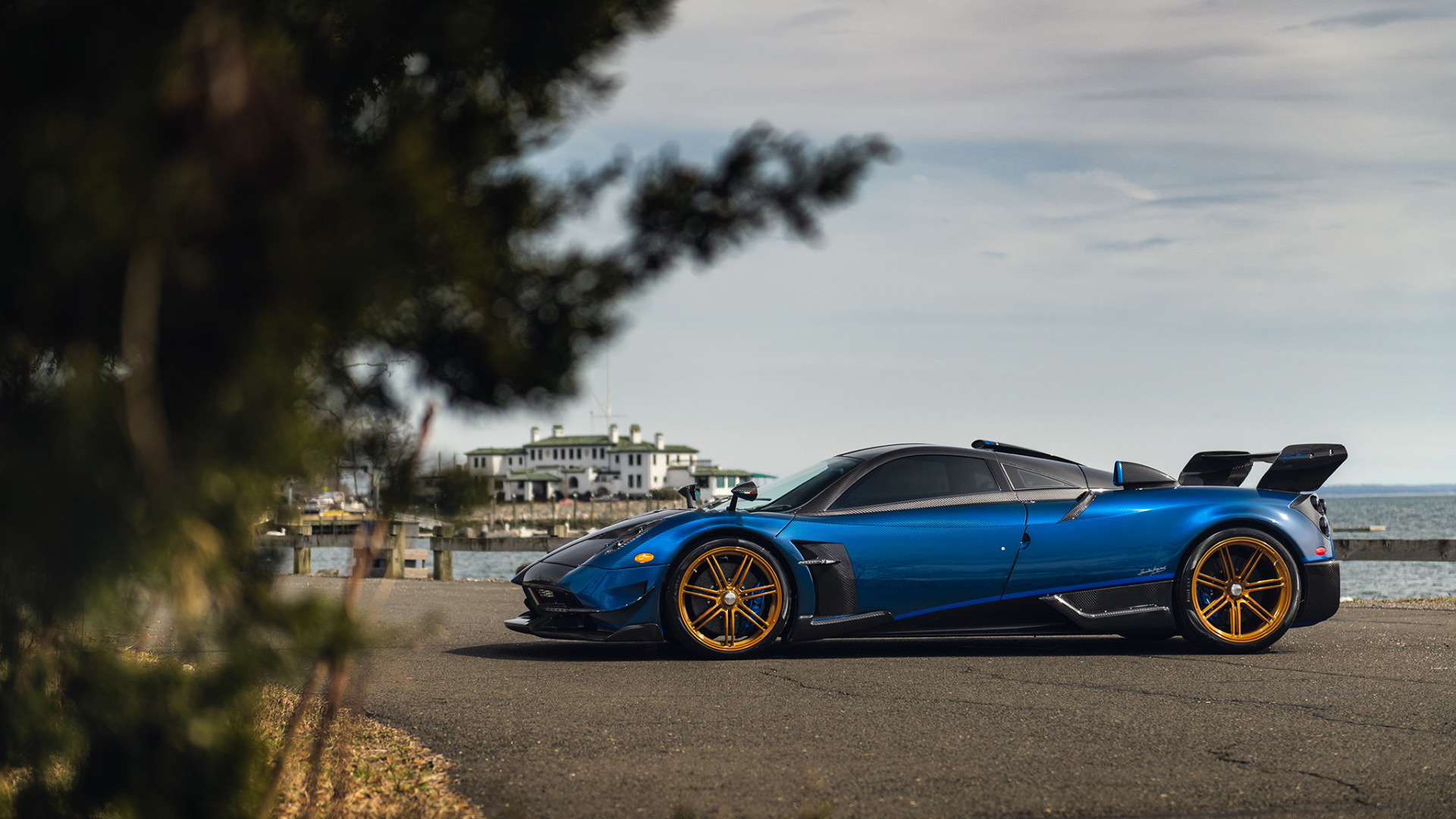 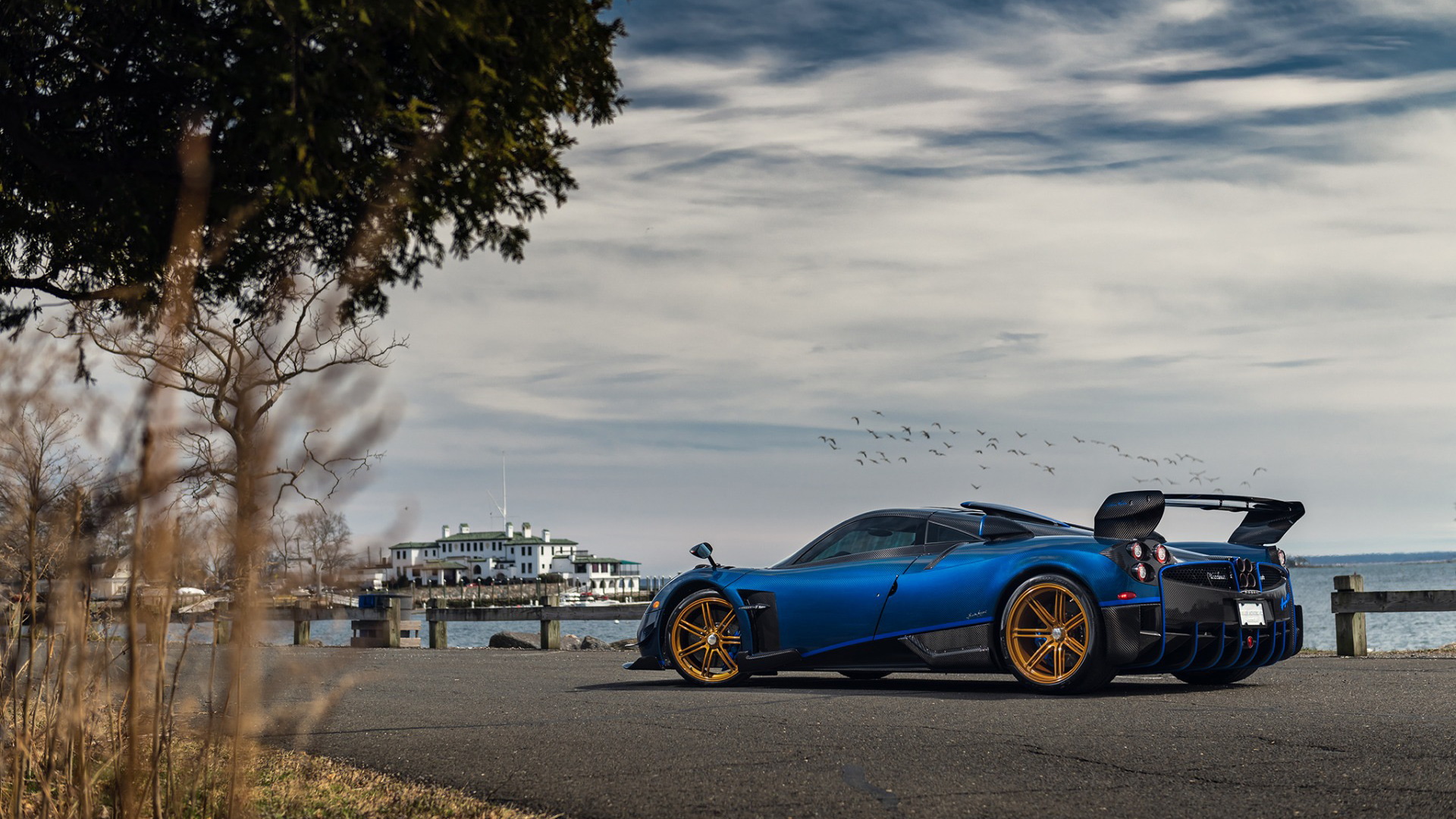 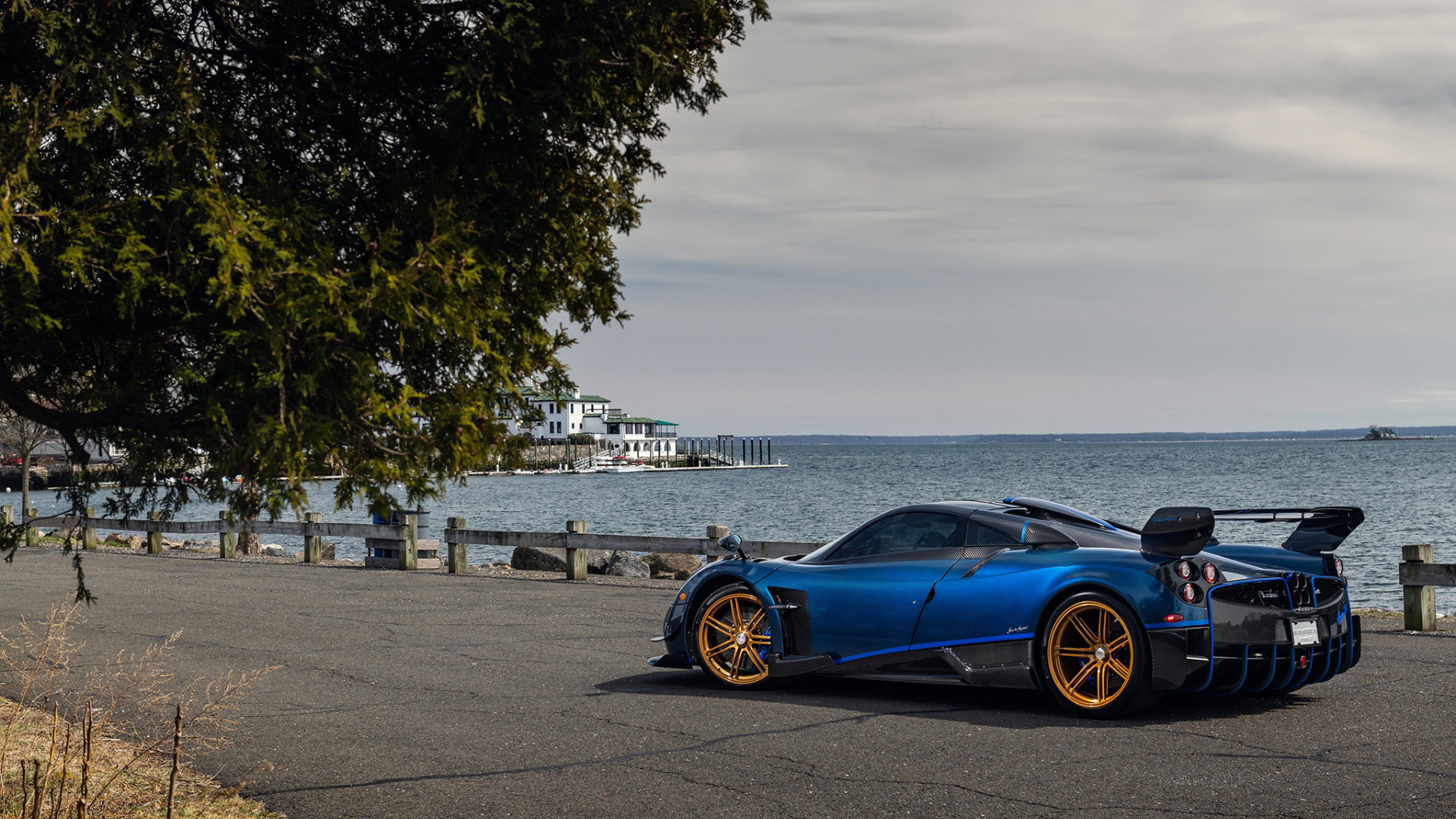 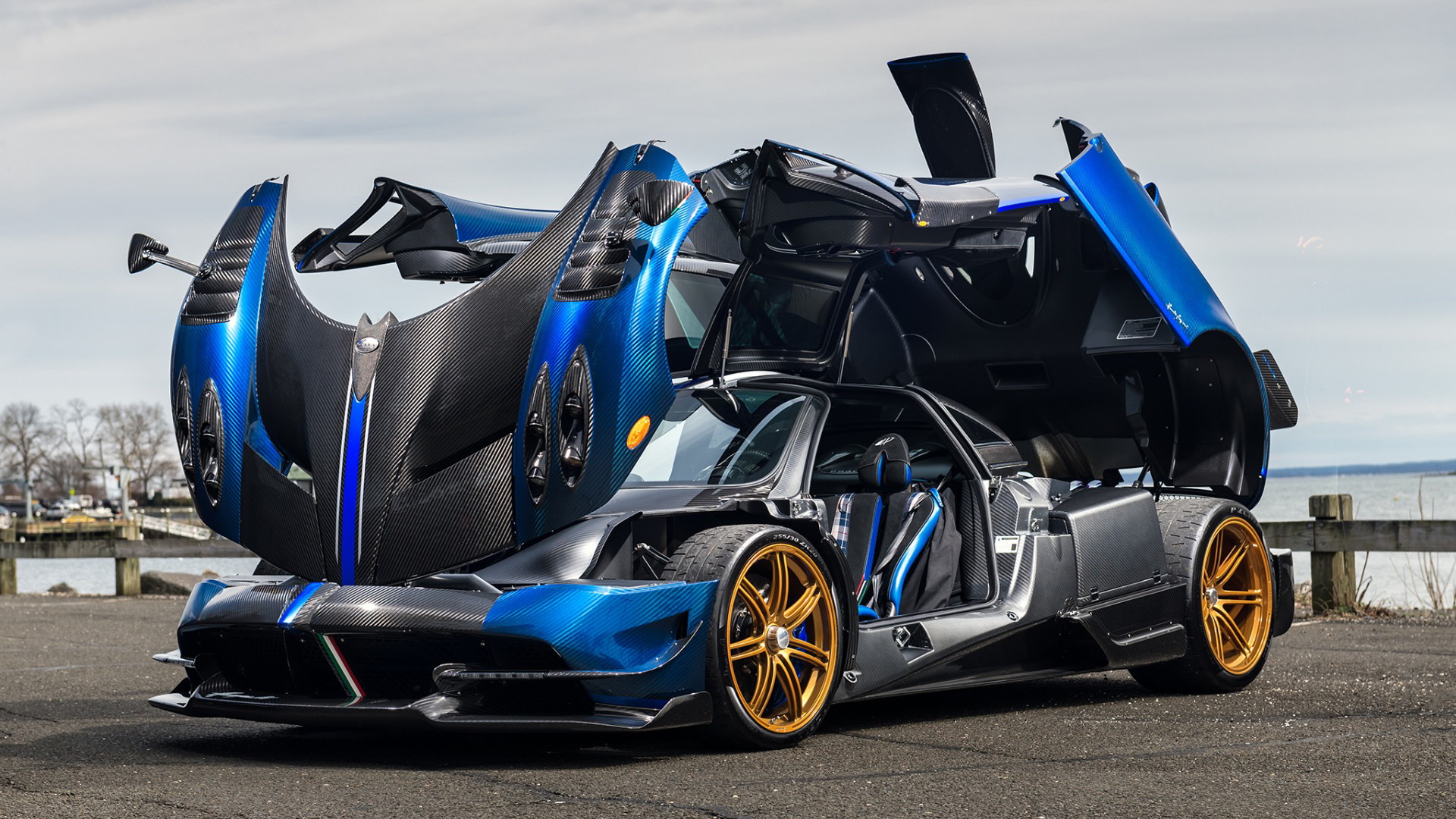 Pagani built just 20 examples of the Huayra BC, an extra hardcore version of the Huayra supercar that Pagani launched in 2016 to honor company founder Horacio Pagani's late friend, Benny Caiola, hence the “BC” in the car's title.

Naturally, they all sold out pretty fast so you can no longer buy a Huayra BC from the factory. You can however find one at the dealership Miller Motorcars in Greenwich, Connecticut.

The car is the version originally comissioned by American supercar collector Kris Singh and designed to honor both Leonardo da Vinci and Juan Manuel Fangio, two heroes of Horacio Pagani.

In the case of da Vinci, the car's Macchina Volante name, Italian for “flying machine,” is a reference to the Renaissance figure's attempts to design a vehicle capable of flight and featuring winglets and flaps to keep it planted. The Huayra, too, relies on wings and flaps to shape the air around it as hurtles down the road.

You need to look inside the car to see the reference to Fangio. The somewhat out of place tartan trim was inspired by the interior of the legendary racer's 1955 Mercedes-Benz W196 Formula 1 car. Very cool.

Singh's Huayra BC is thought to be number 12 of the 20 examples built. Each features a 6.0-liter twin-turbocharged V-12 from Mercedes-AMG, tuned to deliver 789 horsepower and 811 pound-feet of torque. That's 69 additional hp and 73 more units of twist than what’s found in the standard Huayra.

The original price Pagani charged for a Huayra BC was $2.55 million. We assume any interested buyers will have to front up more for this one, given the current interest in collector cars.

Pagani has completed production of the Huayra in coupe form but the company is still churning out roadster versions. The company is also in the process of developing a successor expected to offer both V-12 and electric powertrain options. Code-named the C10 (the Huayra was the C9), the new car should make its debut around 2021.