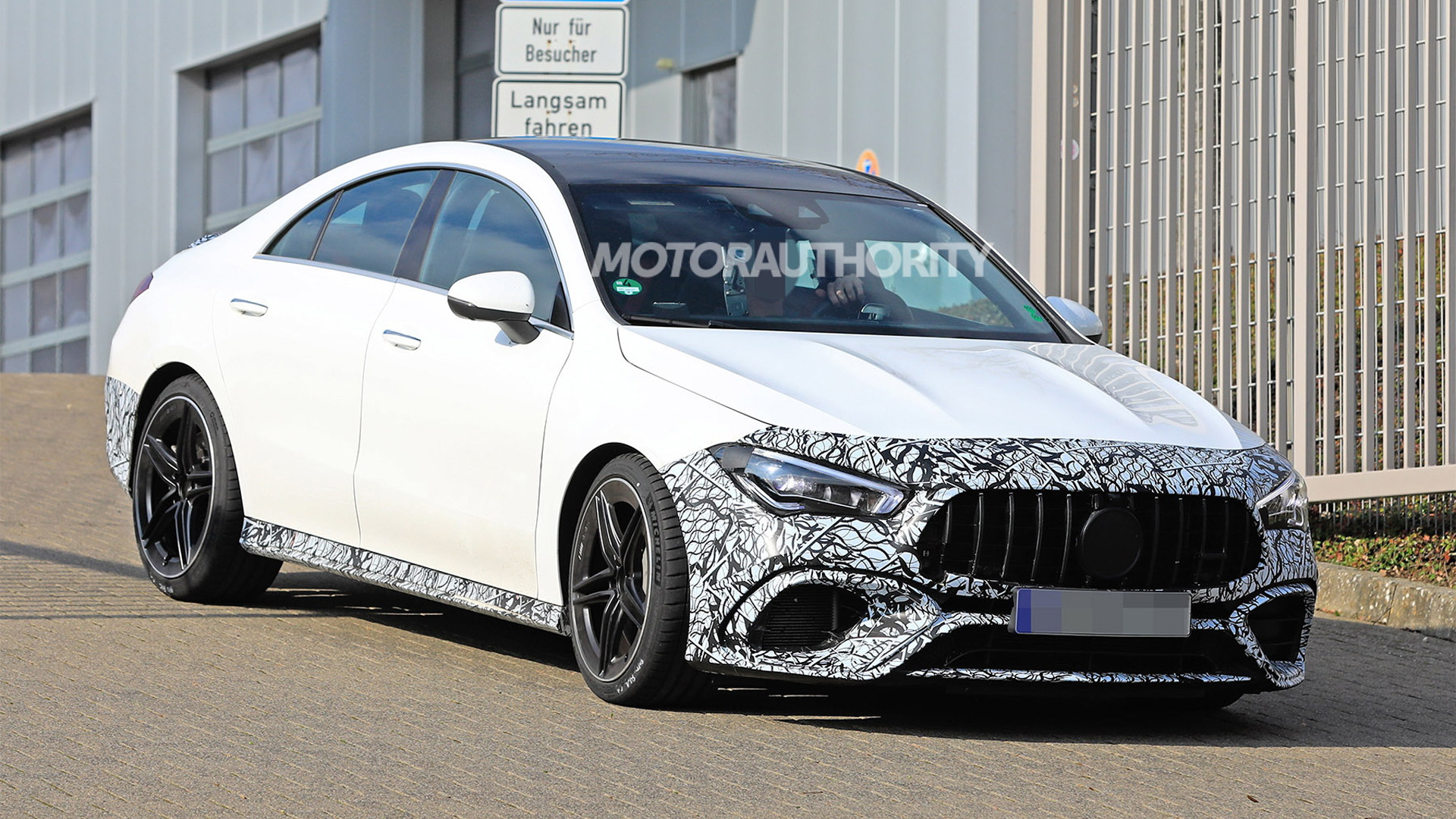 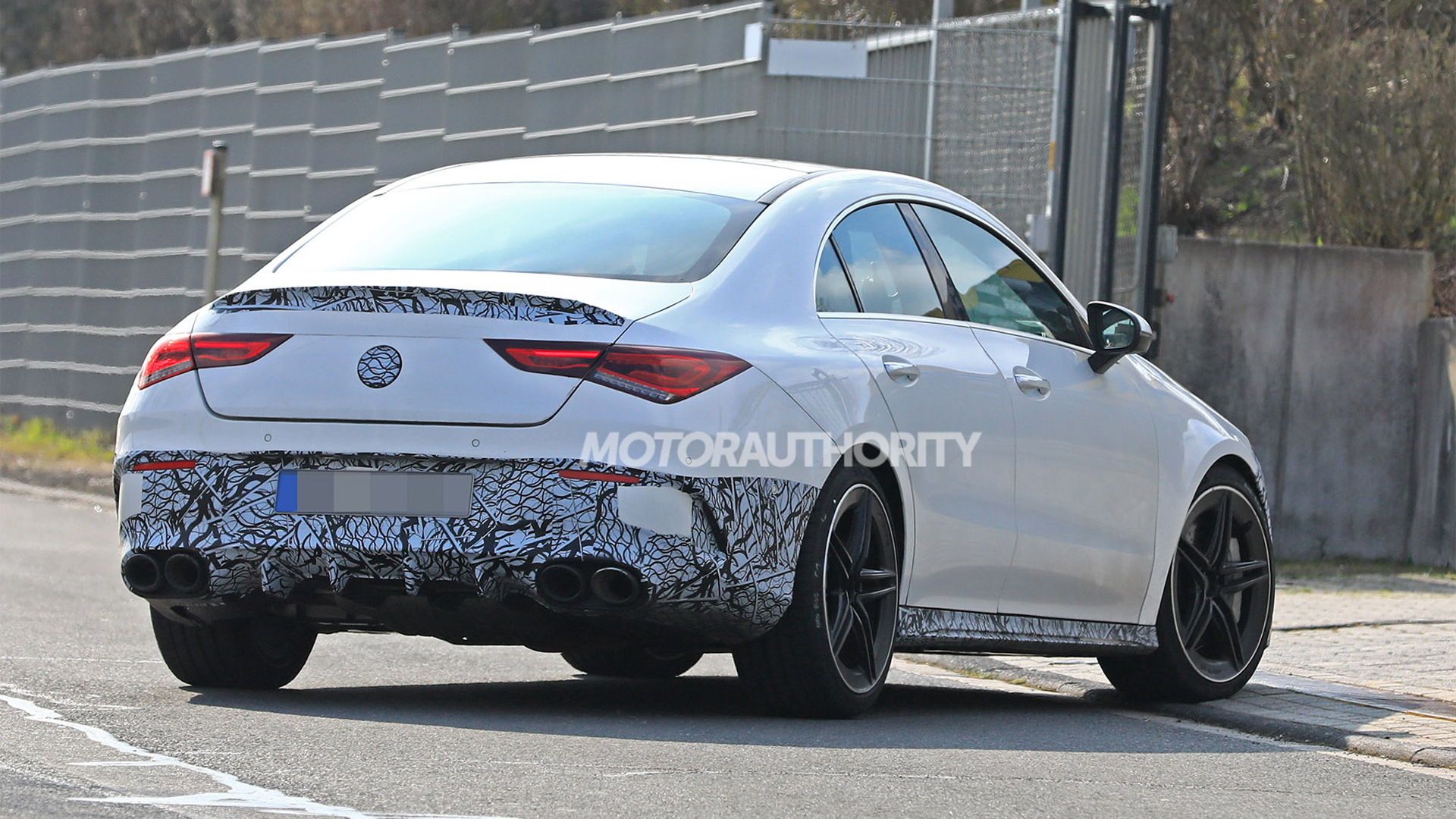 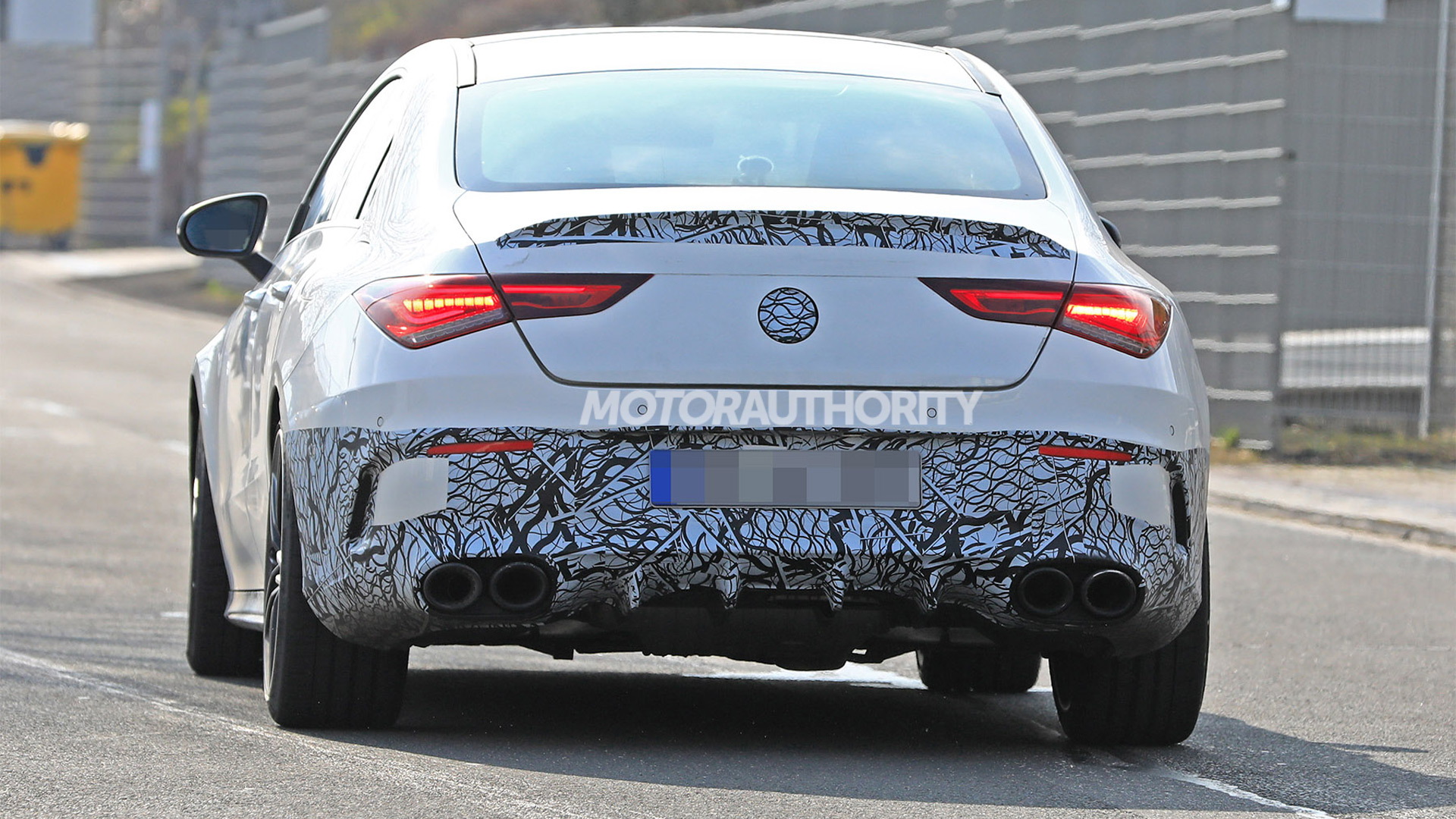 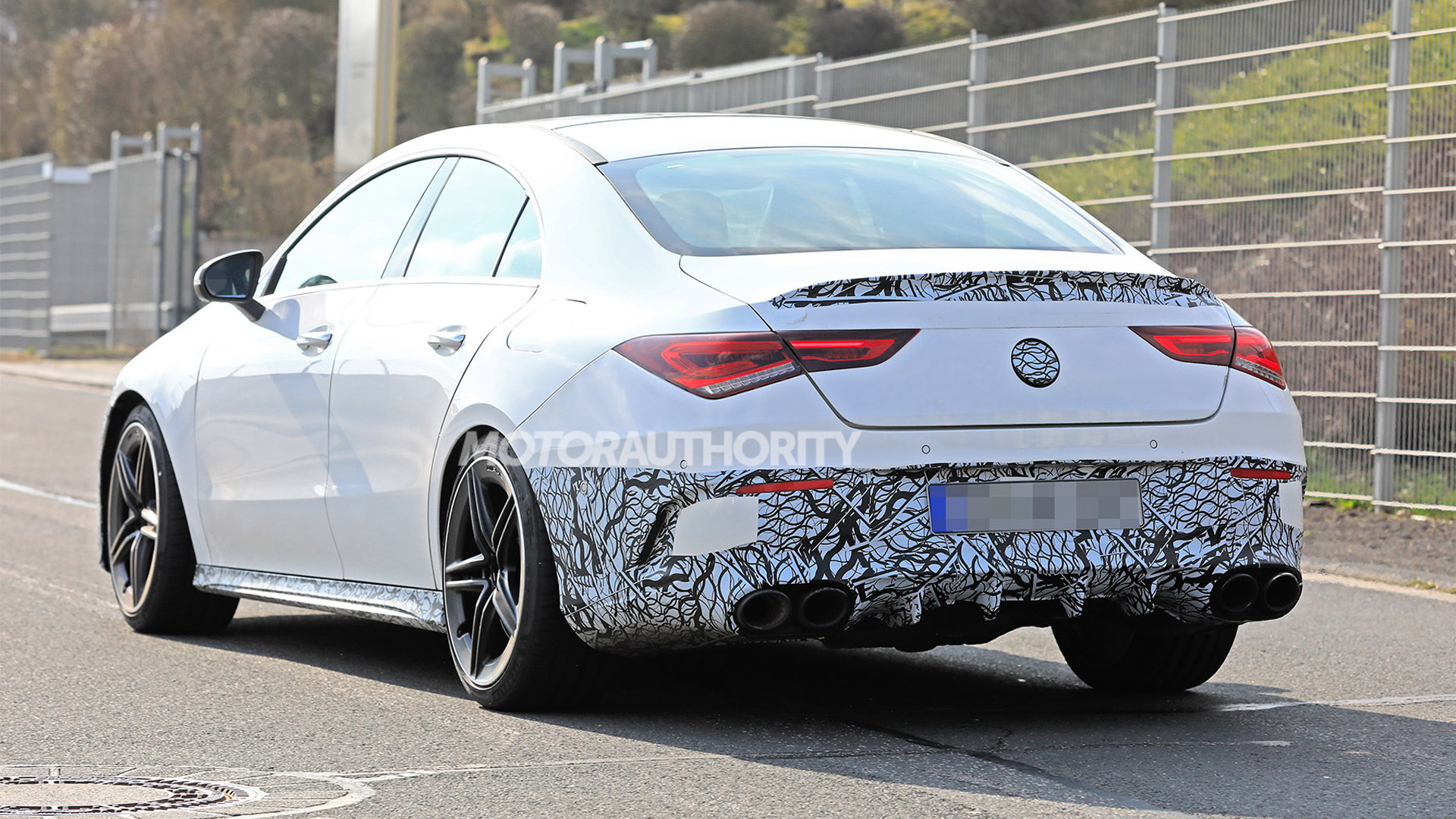 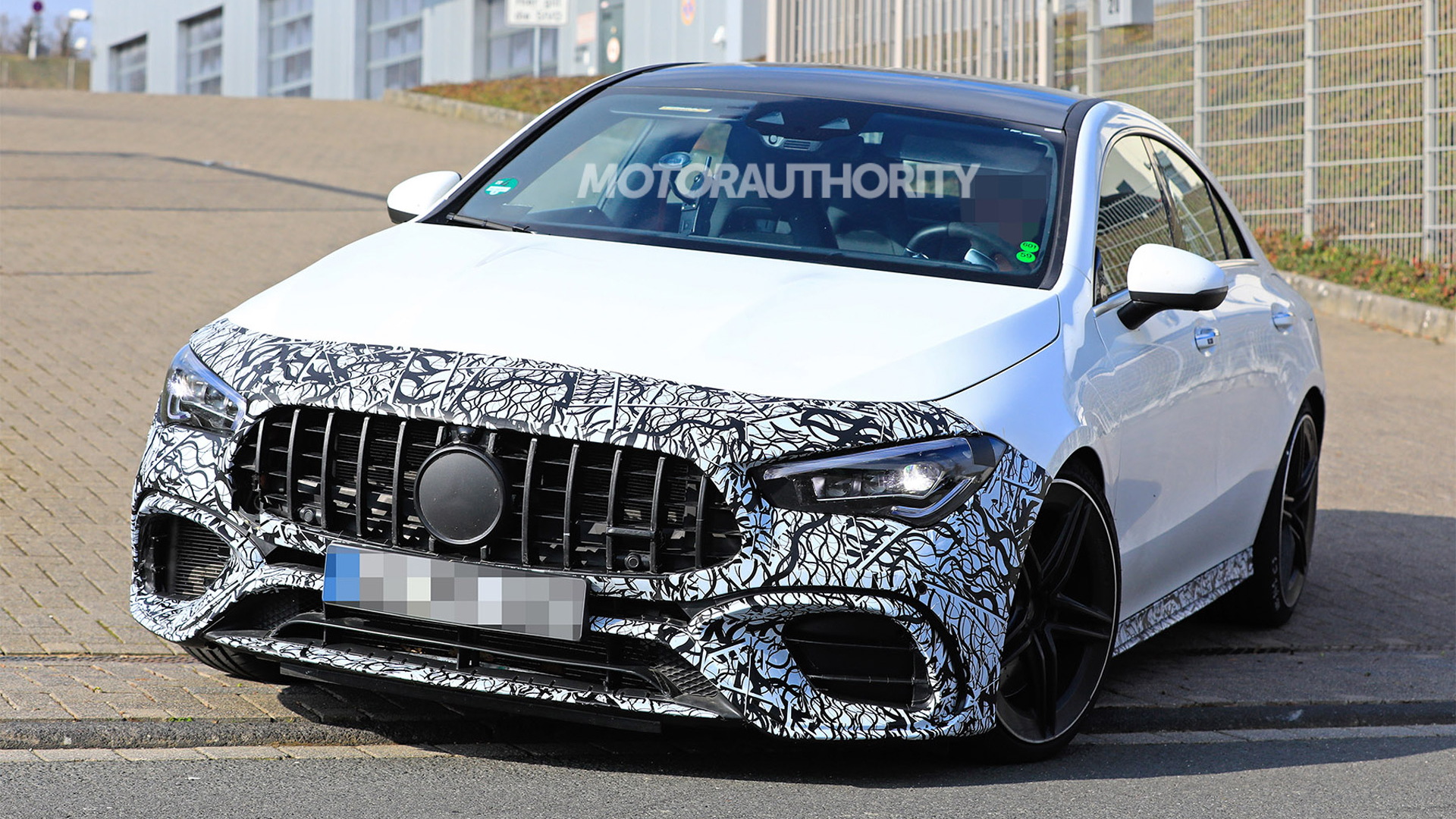 While we're still digesting the performance credentials Mercedes-AMG has cooked up for its A35 and CLA35 cars, the brand shared new details about the CLA45, A45, and GLA45.

The big news: they'll have around 420 horsepower. Tobias Moers, head of the Mercedes-AMG, told Autoblog in a report published Wednesday that the 420 hp figure will differ slightly depending on imperial and metric units of measurement. Previously, a leak claimed the cars would sport 416 hp in S form and 382 in standard AMG 45 guise. Moers didn't mention what's in store for a CLA45, A45, or GLA45 S, which could mean more power than the confirmed 420 hp from the standard cars.

The AMG chief added that the 45-series cars will feature a different all-wheel-drive system compared to the 35-series cars revealed this month. The new cars don't "know what understeer means," he told Autoblog. We've also known, and Moers confirmed, that the CLA45, A45, and GLA45 will use an 8-speed dual-clutch automatic transmission rather than the 7-speed unit found in the 35-series cars.

Expect the U.S. to get the CLA45 and GLA45. However, an A45 is unlikely on these shores. Mercedes-AMG did not confirm if there will be an A45 sedan, which is the only A-Class body style sold in the U.S. In Europe, the A45 will take the form of a hatchback.

Moers confirmed the 45-series cars will begin to debut this year. Stay tuned.