We're still coming down from all the action at last month's 2019 Geneva International Motor Show but within a week we'll be treated to many more attractions from the simultaneous running of auto shows in New York and Shanghai.

The Motor Authority crew will be present at the New York International Auto Show, which opens its doors April 17 (Auto Shanghai starts a day earlier), and we'll be bringing you all the info on the new cars and trucks spread across the four floors of the Javits Center in Manhattan.

Below you’ll find our hand-picked list of some of the cars that we know are coming, and you can bet there’ll be plenty of surprises too. To stay on top of it all, the latest information can be found at our dedicated hub or on our Facebook and Twitter pages. 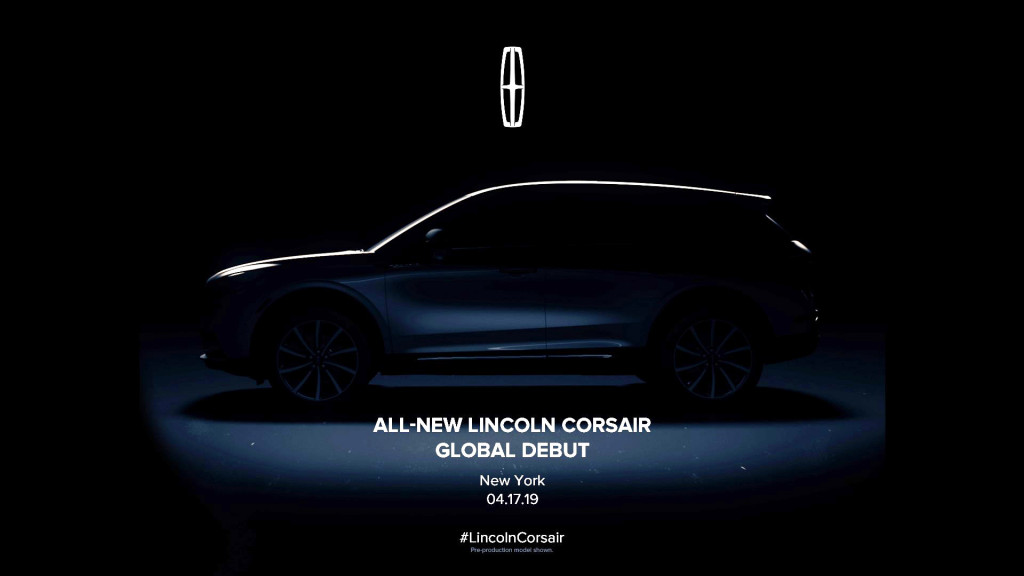 2020 Lincoln Corsair: A redesigned MKC is coming for 2020, only it won't be called an MKC as Lincoln has ditched its confusing three-letter naming strategy in favor of proper names...that just so happen to feature a nautical theme. In the case of the MKC replacement, Lincoln has gone with Corsair, which is an old French term for a pirate (as well as an American fighter plane from World War II). The Corsair will be a twin to the 2020 Ford Escape (which also debuts in New York) and a trio of powertrains are expected, including a plug-in hybrid. 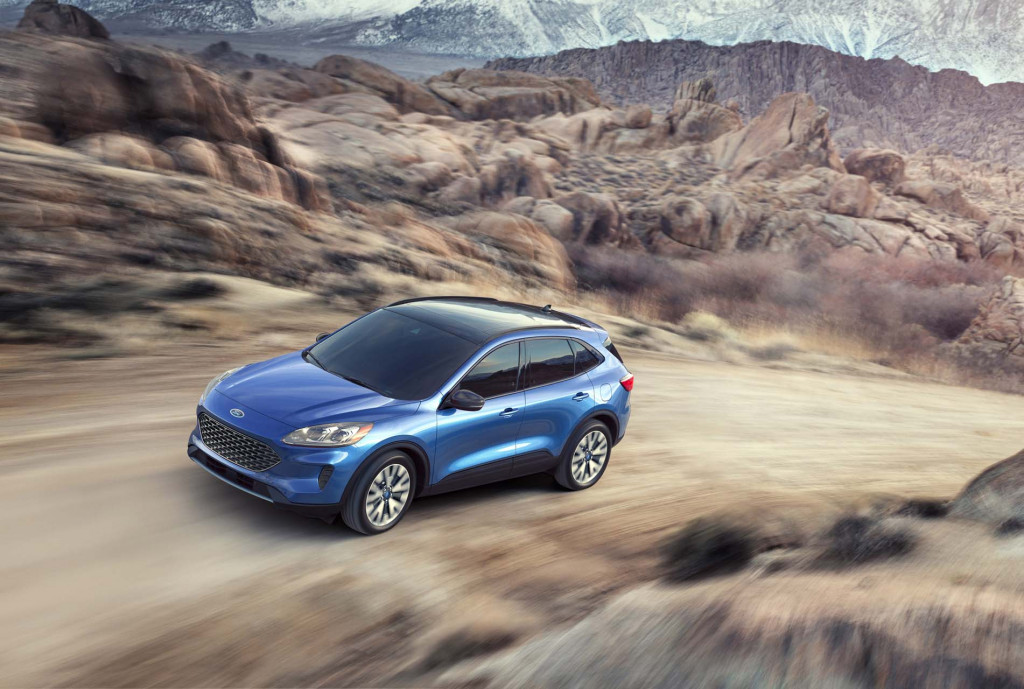 2020 Ford Escape: The Escape has been redesigned for 2020 and brings a new platform, new powertrains, and much softer looks than we're used to with the nameplate. This was done on purpose as Ford wants to reserve a more macho appearance for its upcoming baby Bronco, which will also compete in the compact crossover SUV segment. The base powertrain for the 2020 Escape is a 1.5-liter turbocharged inline-3 with 180 horsepower. A 2.0-liter turbo inline-4 with 250 hp will be offered as an alternative, as will hybrid and plug-in hybrid options each with a 2.5-liter inline-4 as the internal-combustion component. 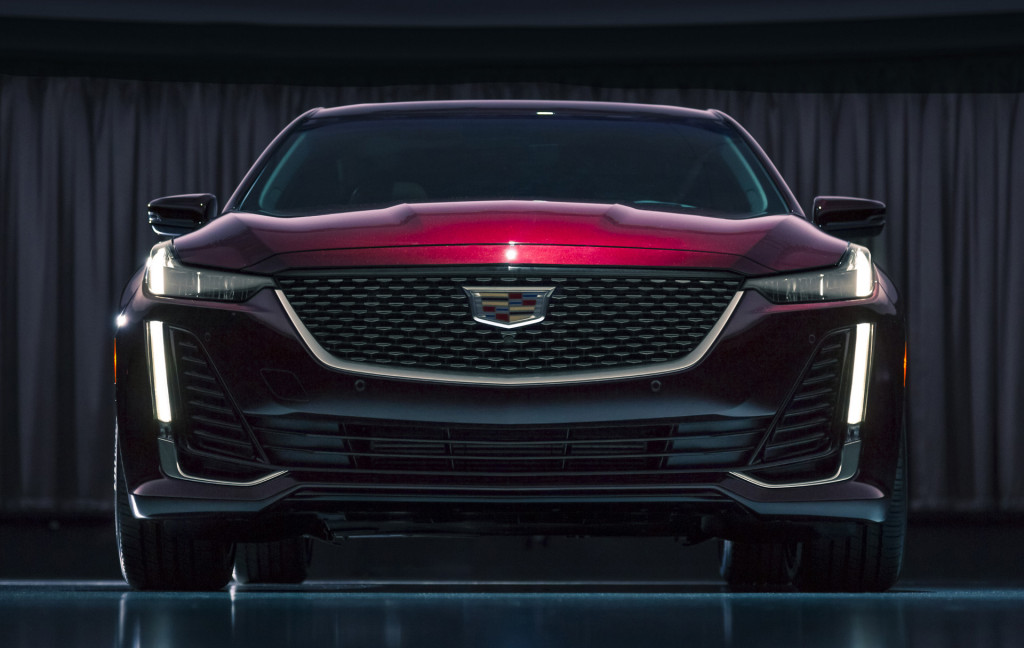 2020 Cadillac CT5: Destined to be one of the stars of the show is Cadillac's CT5. Although sedans seem to be waning in popularity at the moment, there's no denying that the CT5 is a desirable set of wheels. The car is based on an updated version of General Motors' lightweight Alpha platform and is confirmed with a 10-speed automatic transmission and the choice of 2.0-liter or 3.0-liter turbocharged engines. We hear that Cadillac's 4.2-liter twin-turbo V-8 will eventually make its way into the CT5, most likely in a future CT5-V sledgehammer. 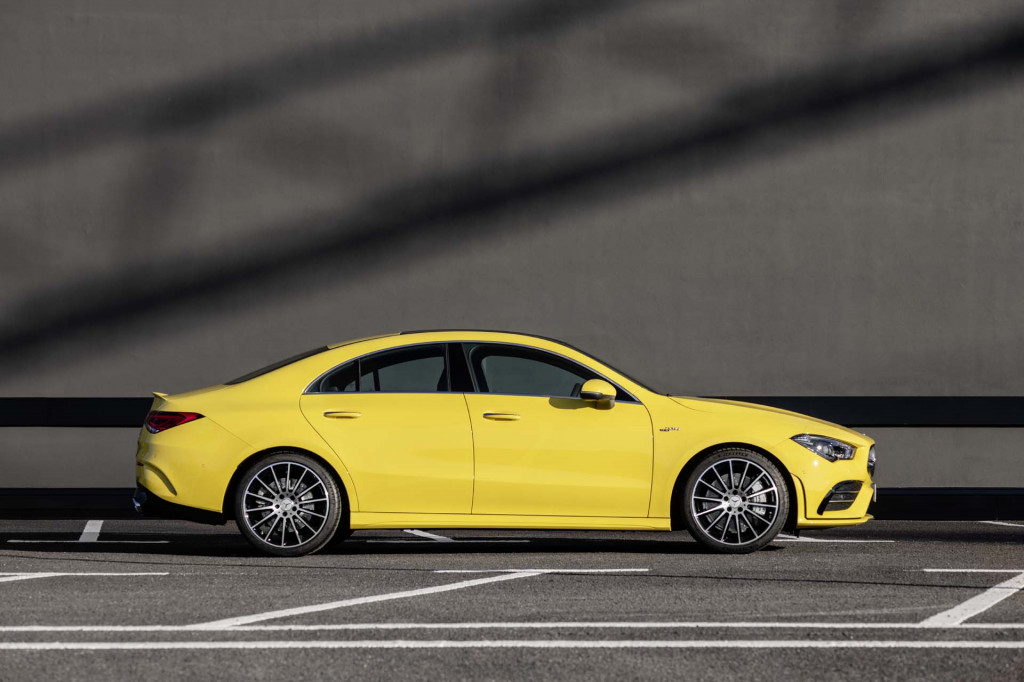 2020 Mercedes-AMG CLA35: Another sport sedan headed to the Big Apple is Mercedes-AMG's new CLA35. The handsome compact offering features a 2.0-liter turbo inline-4 making 302 hp, with drive routed to all four wheels via a 7-speed dual-clutch transmission. The combination is said to be good for 0-60 mph acceleration in under 5 seconds. Beyond the powertrain, the car wears an aggressive look that matches the rest of the AMG fleet. AMG cues also carry into the cabin and include a sport steering wheel with a flattened lower section, perforated leather, and contrast stitching. A roomer A35 sedan with the same mechanical package as the CLA35 should also be present in New York. 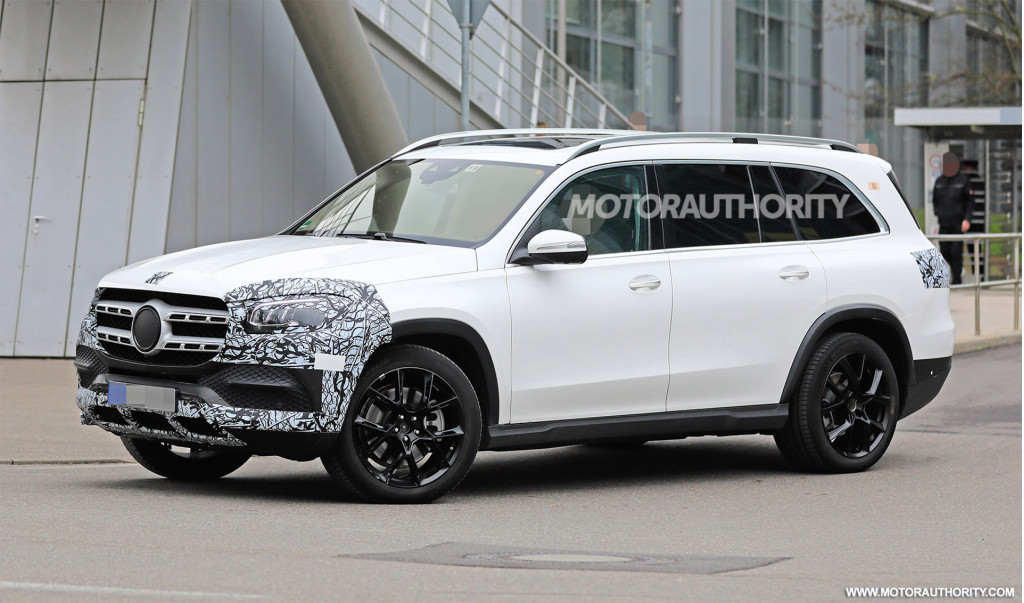 2020 Mercedes-Benz GLS: Mercedes will also present a new generation of the GLS full-size SUV, which this time around will pack S-Class levels of luxury and equipment, making it a proper flagship. That's good as there is a lot more competition in this space compared to when the original GL, the precursor to the GLS, arrived almost two decades ago. Underpinning the new GLS is a stretched version of Mercedes’ MHA platform for SUVs sized from the GLC up (excluding the G-Class), and powertrains should include 3.0-liter inline-6 and 4.0-liter V-8 units, both with mild-hybrid technology. Plug-in hybrid technology should also form part of the equation eventually. 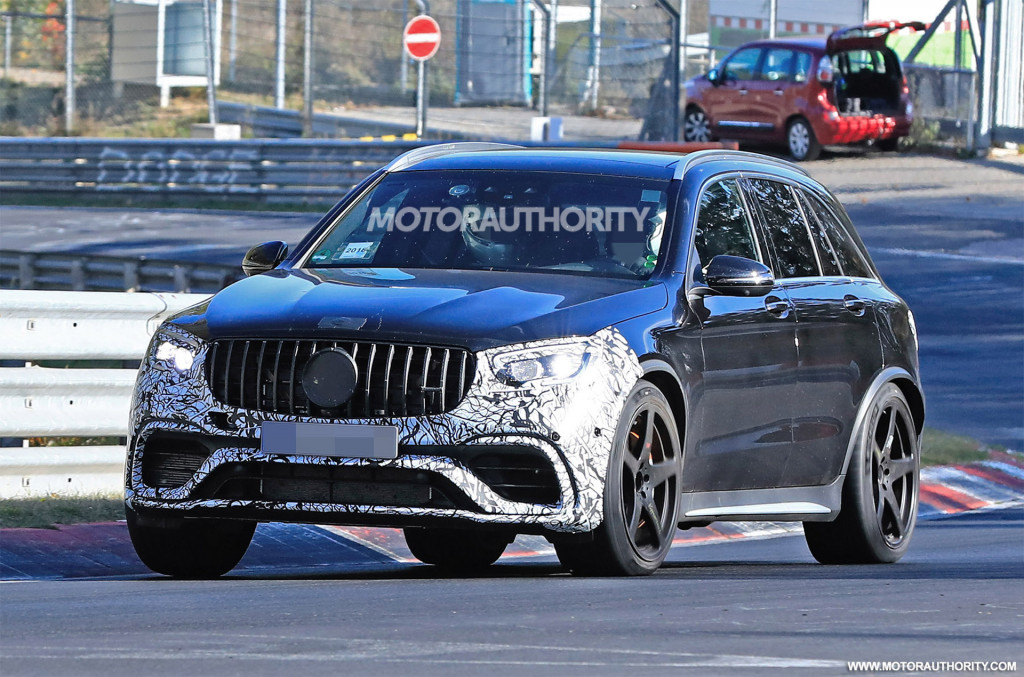 2020 Mercedes-AMG GLC63: Yet another Mercedes debuting in New York will be the updated 2020 GLC63, which will be shown in both regular and coupe-like body styles. The Mercedes go-fast division promised the vehicles will offer even better driving dynamics plus gesture control for the infotainment system. The latter, which has been upgraded to the latest MBUX system in the updated GLC range, will feature new AMG-specific functions and displays in the latest GLC63 models. No word if there'll be any more power from the 4.0-liter twin-turbo V-8 which in the current models deliver 469 hp in standard guise 503 hp in the hotter S model. 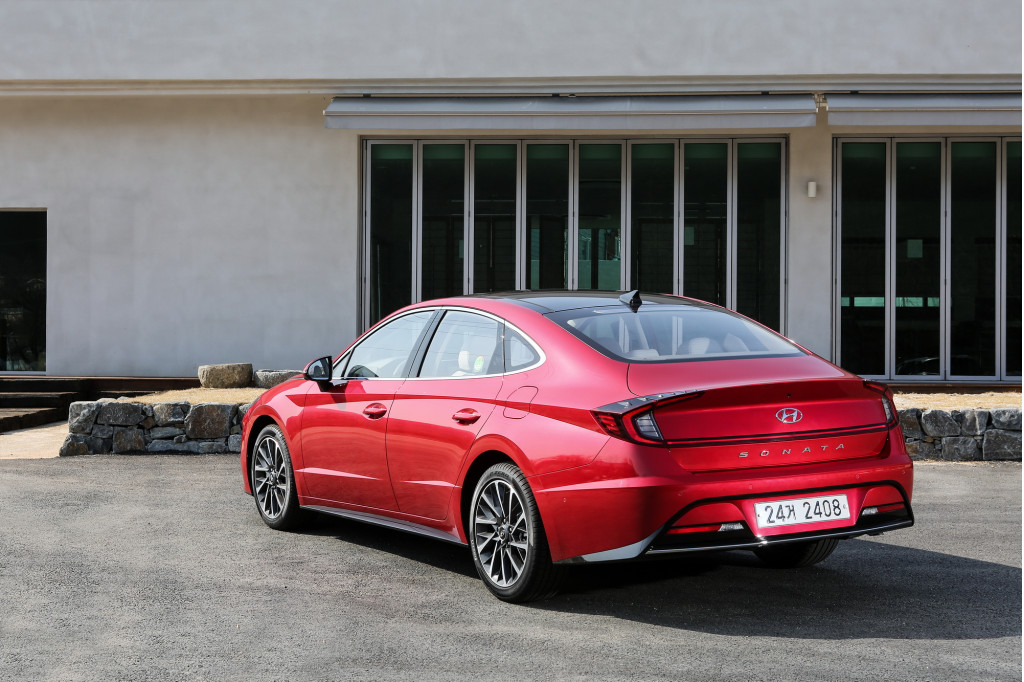 2020 Hyundai Sonata: Hyundai will roll out a redesigned Sonata, which we've already had the chance to drive. The car showcases a four-door coupe-like profile, a low-slung stance, and wild LED accent lights. The design comes from the Le Fil Rouge concept car shown at the Geneva auto show as a preview of a new design language that Hyundai dubbed Sensuous Sportiness. The 2020 Sonata is the first production application. A 2.5-liter inline-4 with 191 hp serves as the base engine, while a 1.6-liter turbo-4 with 180 hp will serve as an alternative. A more powerful 2.5-liter turbo-4 will eventually be added and should offer some serious sport. 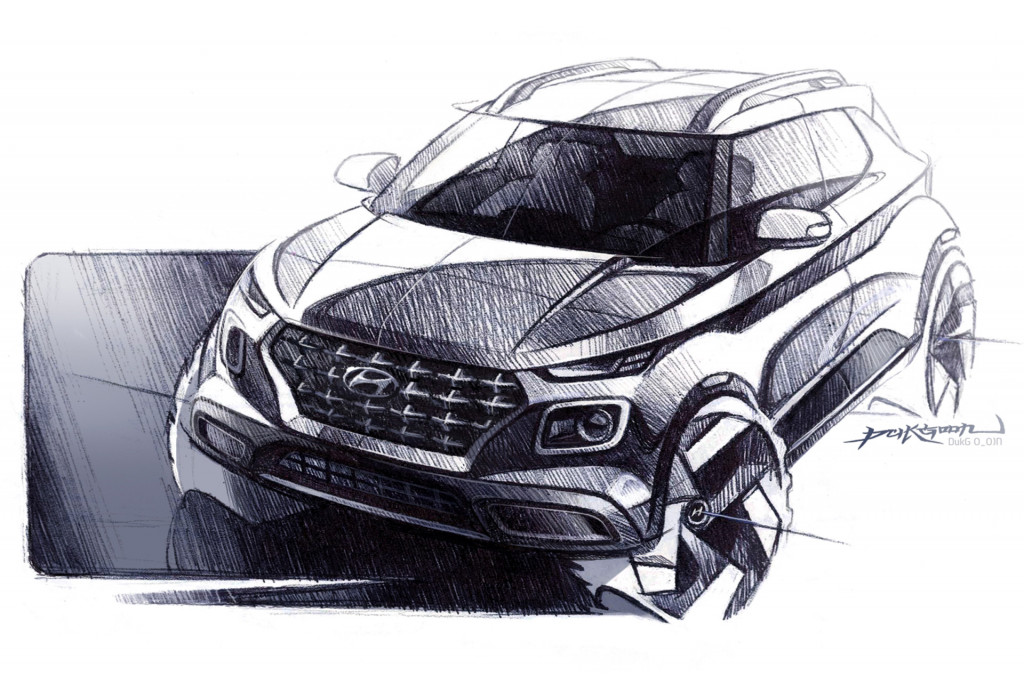 2020 Hyundai Venue: Another Hyundai making its debut in New York will be the Venue subcompact SUV. The Venue is thought to be slightly smaller in size to the subcompact Kona, and judging from some teaser sketches, the vehicle will feature styling similar to the larger Santa Fe and Palisade. The latter is also a new addition to Hyundai's SUV lineup for 2020.

That’s it for now but at any time you’ll be able to access the latest information from the New York auto show via our dedicated hub.