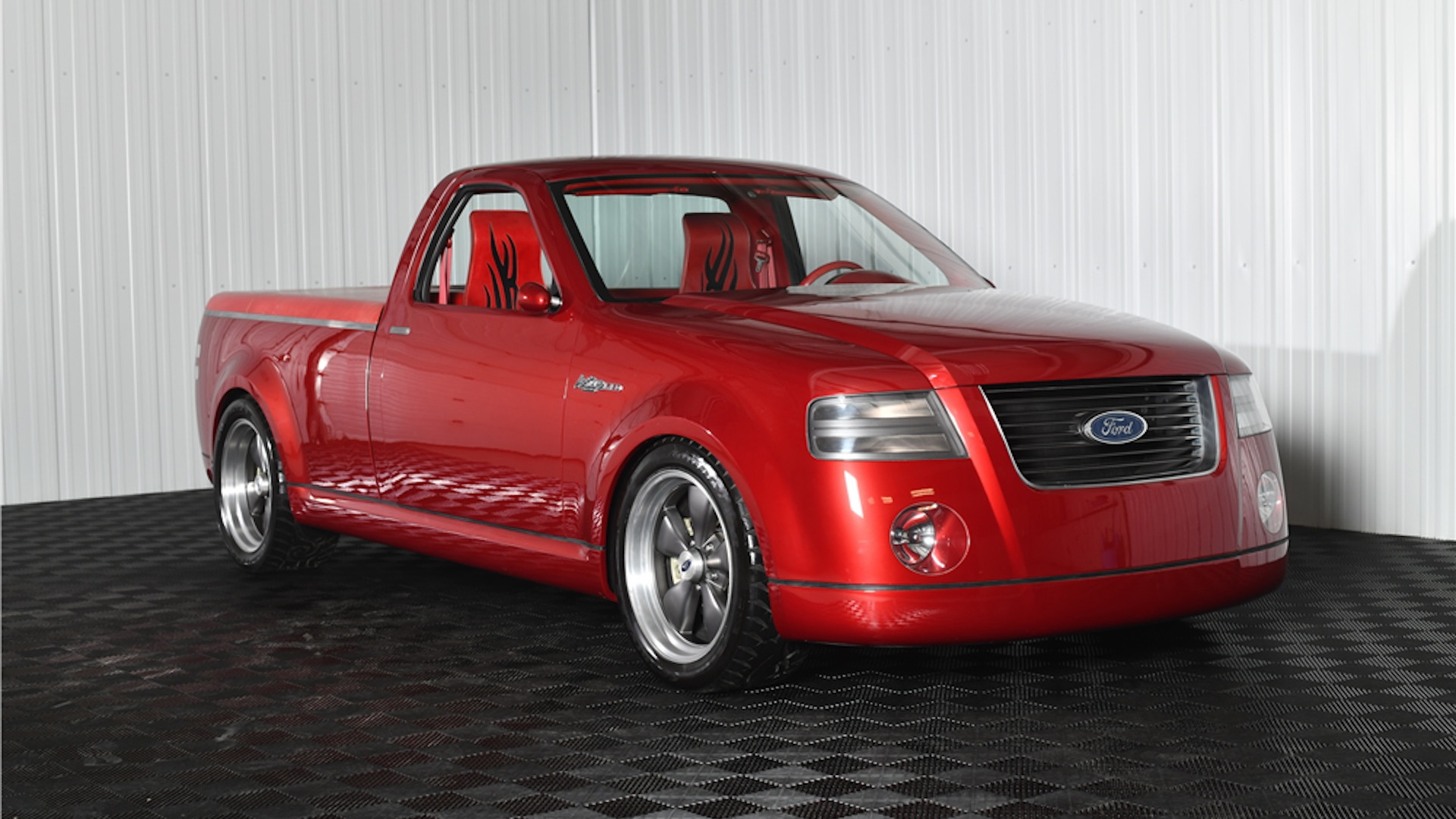 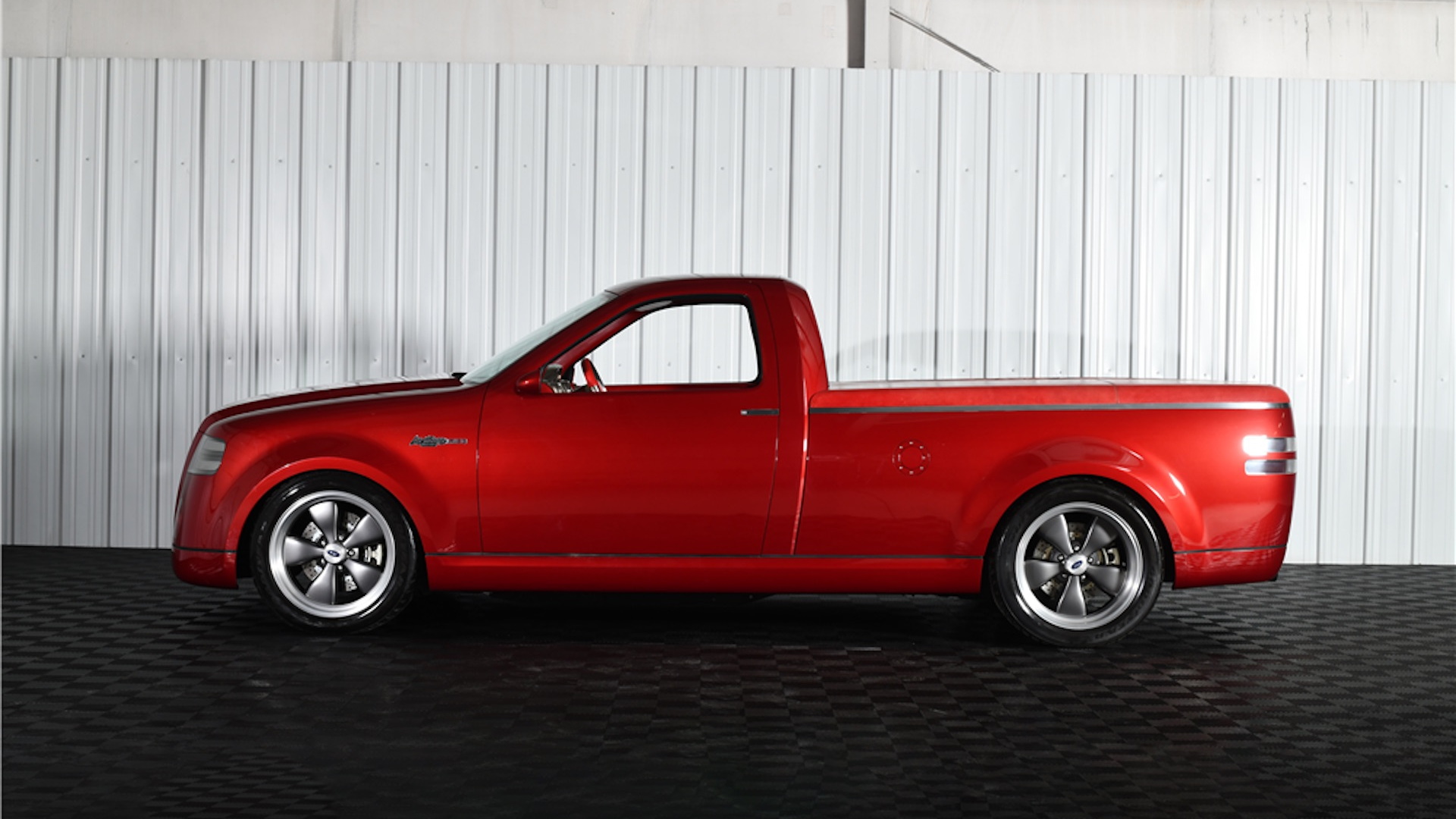 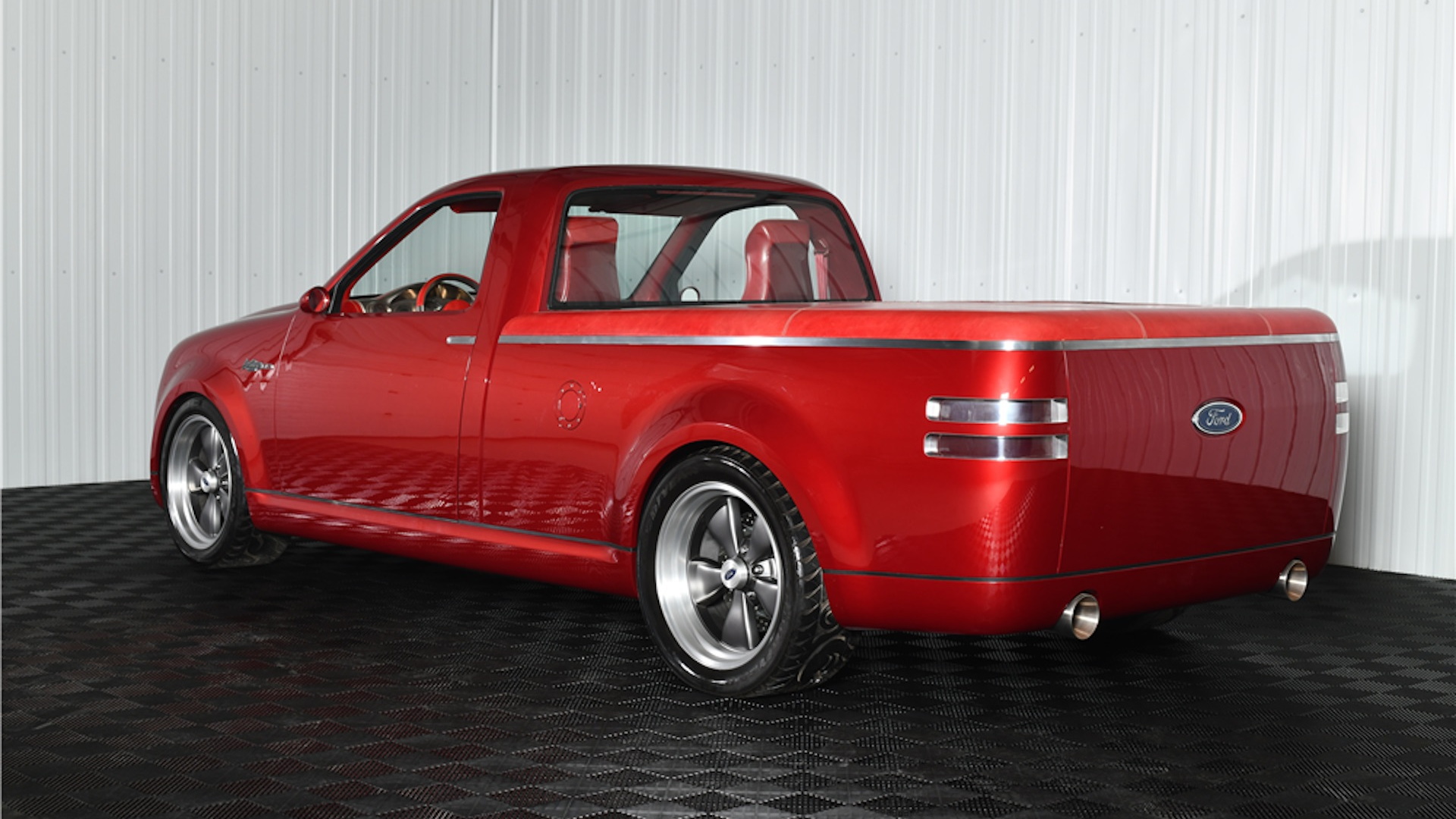 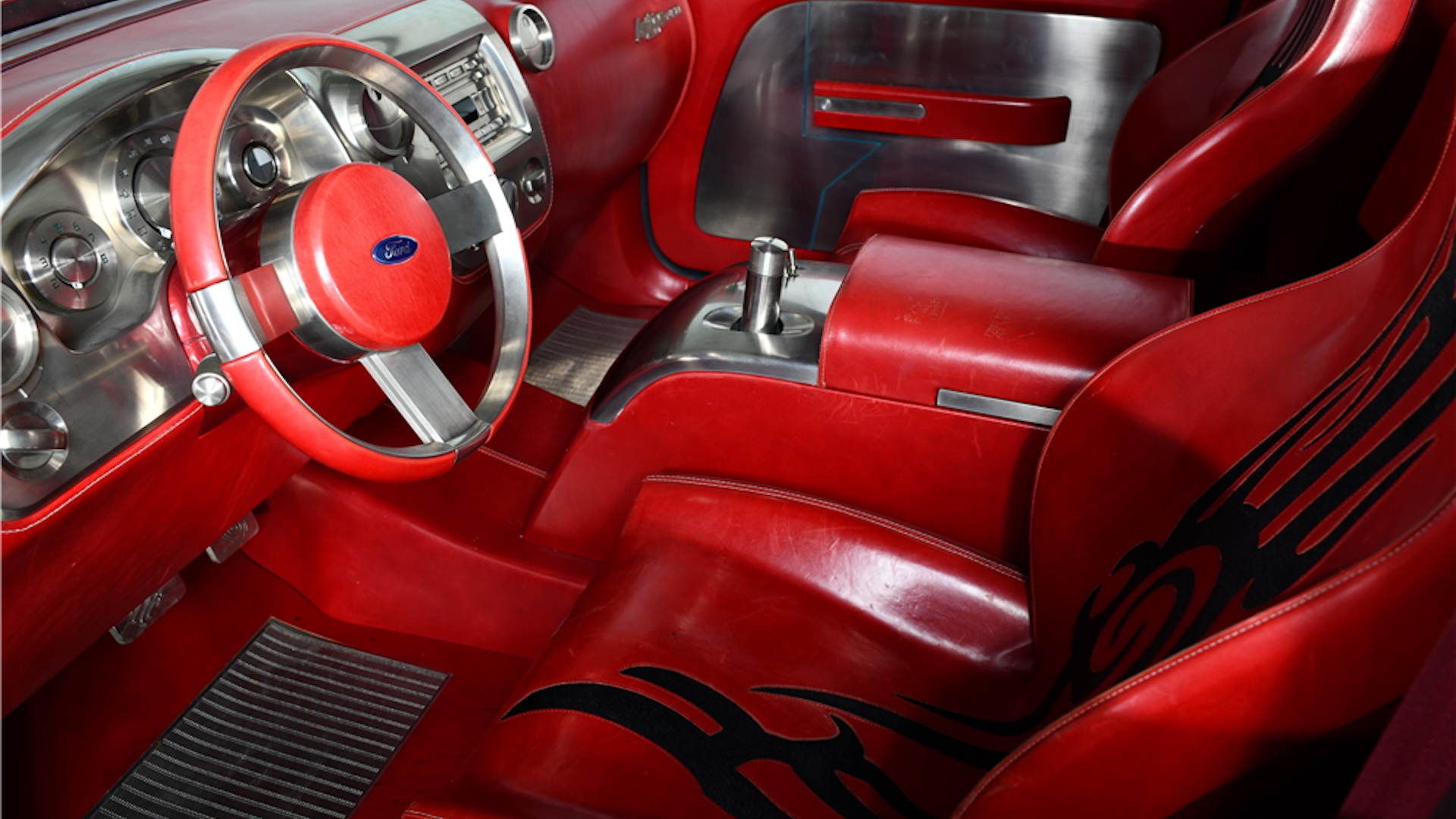 Ken Yanez let the hot rod red 2001 Ford F-150 concept vehicle slip away when he attended the Barrett Jackson auction in Scottsdale, Arizona in January. When the truck sold for $25,000 that day, he knew he should have bought it.

Fast forward two months and Yanez ended up acquiring the concept truck off of Craigslist.

Yanez is the founder and CEO of Special Projects, Inc. in Plymouth, Michigan, the company responsible for building concept vehicles such as the Ford Atlas, Cadillac Sixteen, and the latest Ford GT, among many others.

Special Projects was tasked with building the Lightning Rod concept in 1999 by Ford for the 2001 Chicago Auto Show.

Ford sent Special Projects a 10th-generation F-150 right off the production line. Yanez and his crew promptly took it apart, shortened the wheelbase, and turned it into a nod to late-20th century hot rods. Code-named "The Smooth Truck," it received many of the hot rod cues of the day. Special Projects added tribal pattern graphics to the pickup bed and seats, and even created tires with the same tread pattern. Inside, the crew created a full interior with brushed trim to contrast with red leather and its matching trim.

In many ways the Lightning Rod concept foreshadowed the 11th-generation F-150, which was introduced for the 2004 model year. The upright front end, square headlights, and squared off ends all brought an end to Ford's curved and ovaloid F-150 design theme seen on the 10th-generation truck as well as the Taurus of the time.

The concept was more show than go, as Special Projects builds its vehicles to look good for auto show fans, not perform well on the street. That doesn't matter because it's not street legal anyway. Under the hood sits a 5.4-liter SOHC V-8 hooked to a 4-speed automatic transmission. Yanez doesn't remember how much power it puts out, but it's not modified.

This past January wasn't the first time the truck sold at auction. It crossed the auction block at RM Sotheby's Arizona auction in January 2012. At that time, it commanded $46,200.

Father time hasn't been kind to the Lightning Rod's value as Michael Loscavio bought it for $25,000 this January. Auction fees brought that total to $27,500.

Loscavio, a car collector in the banking and finance world, bought the concept to sit in his collection. He bought a Ford GTX-1 convertible two days later. With space for only one more car in his Arizona collection, he put the Lightning Rod up for sale on Craigslist, though he fixed the air ride suspension first.

Yanez has a house in Phoenix and another in Michigan. His son spotted Loscavio's ad for the Lightning Rod concept while surfing the Phoenix area car listings on Craigslist.

This time Yanez pounced. He wouldn't let it get away again. It took one day for Yanez to buy the truck from Loscavio for $25,000.

While the Lightning Rod is currently sitting at Yanez' house in Phoenix, it will go back to Michigan and be stored in the building with the other Ford cars Special Projects has created and cares for.

Yanez said someday he'll get around to fixing it up, as "it has a couple scratches."

He won't be able to drive it (at least legally) on the street, but he can appreciate that one of his hard-wrought projects has come home again.