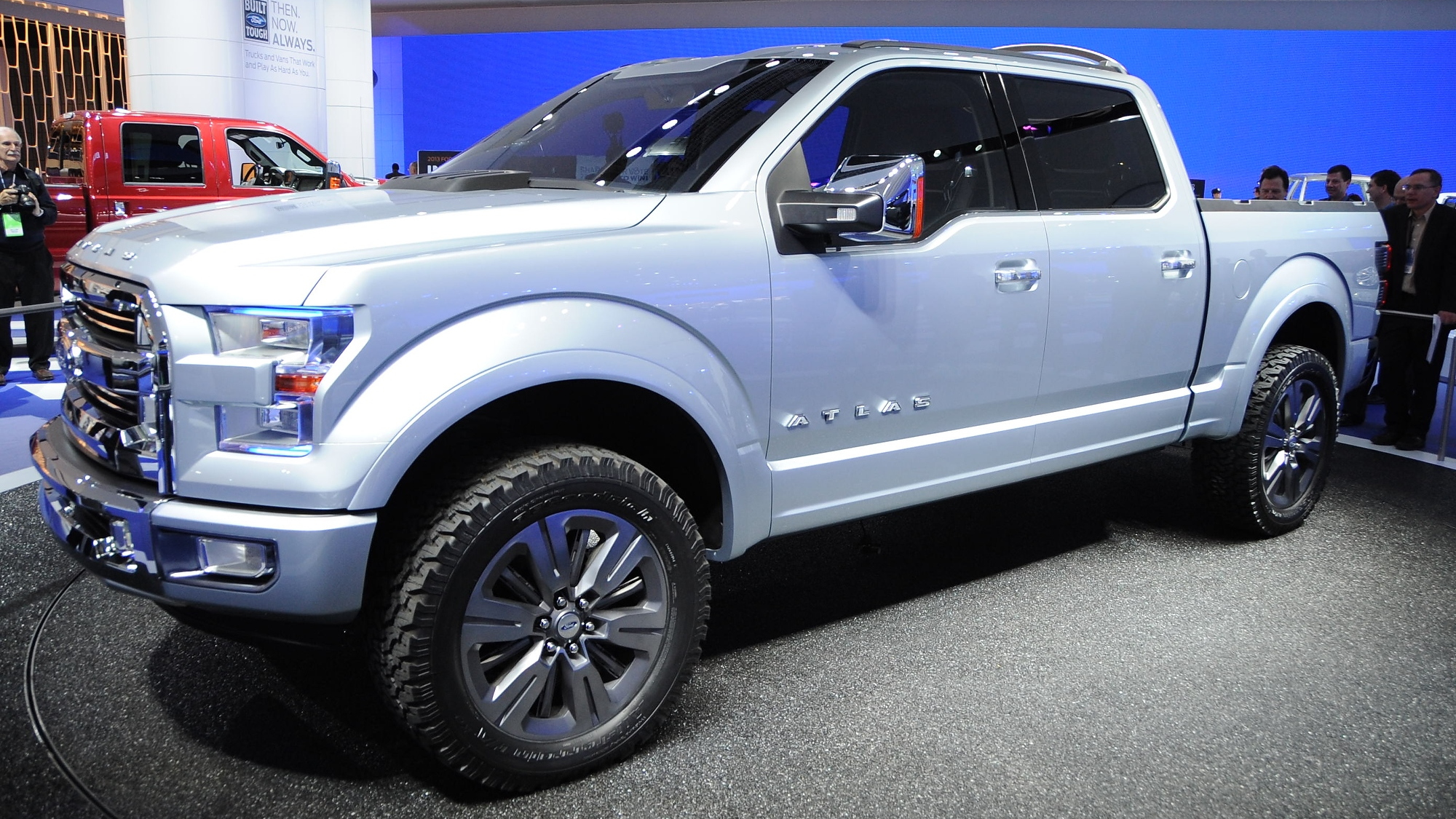 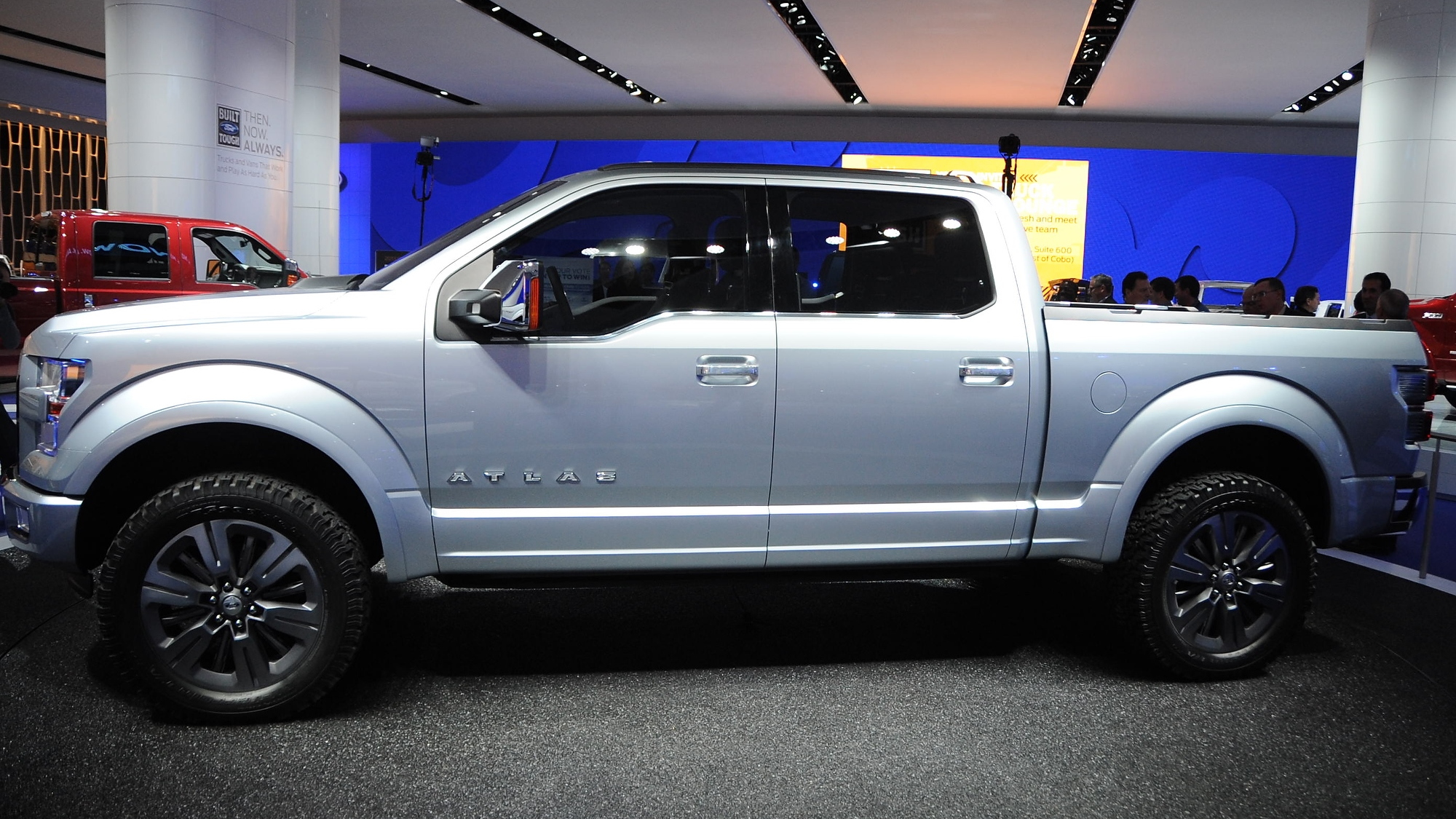 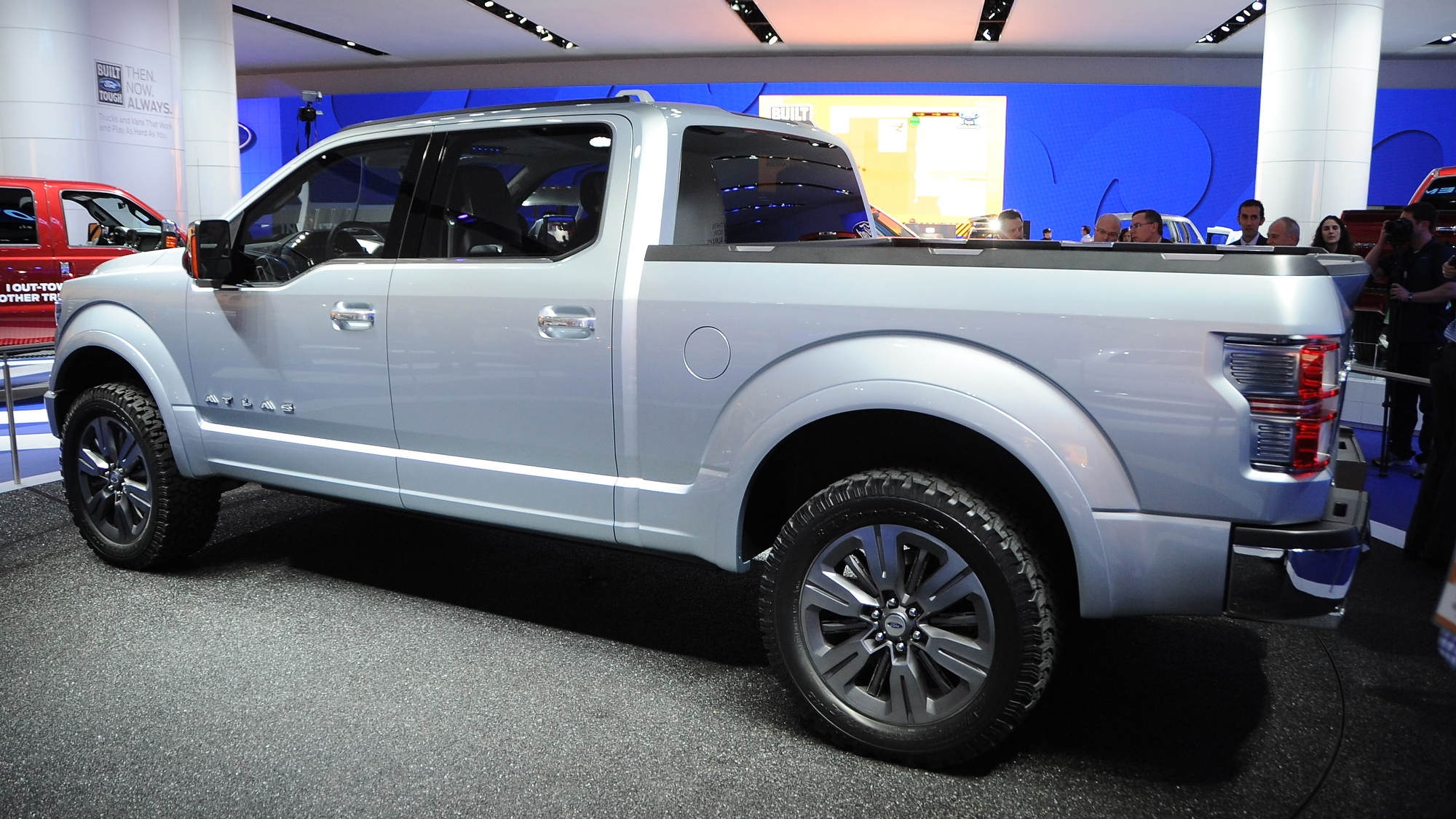 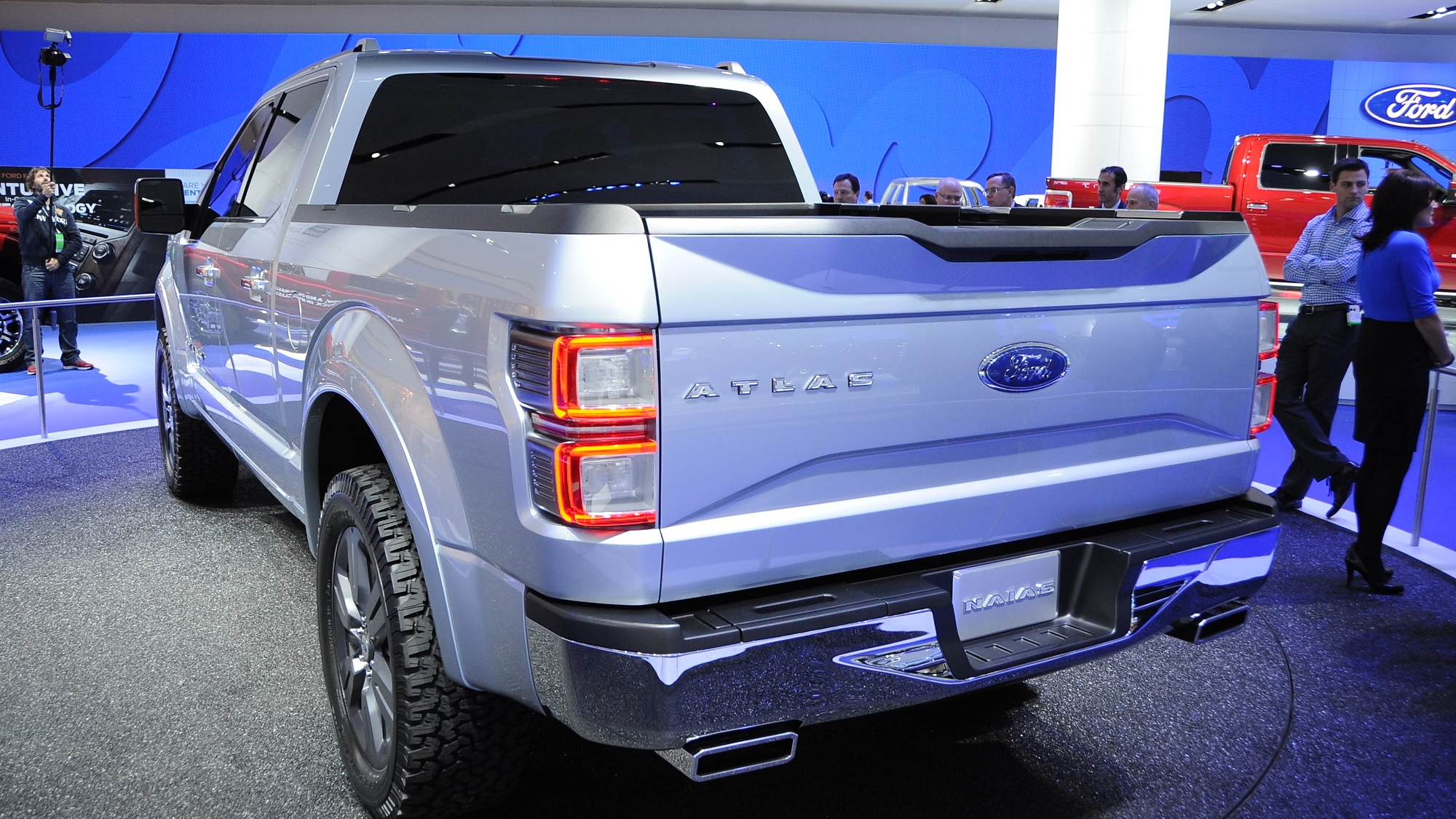 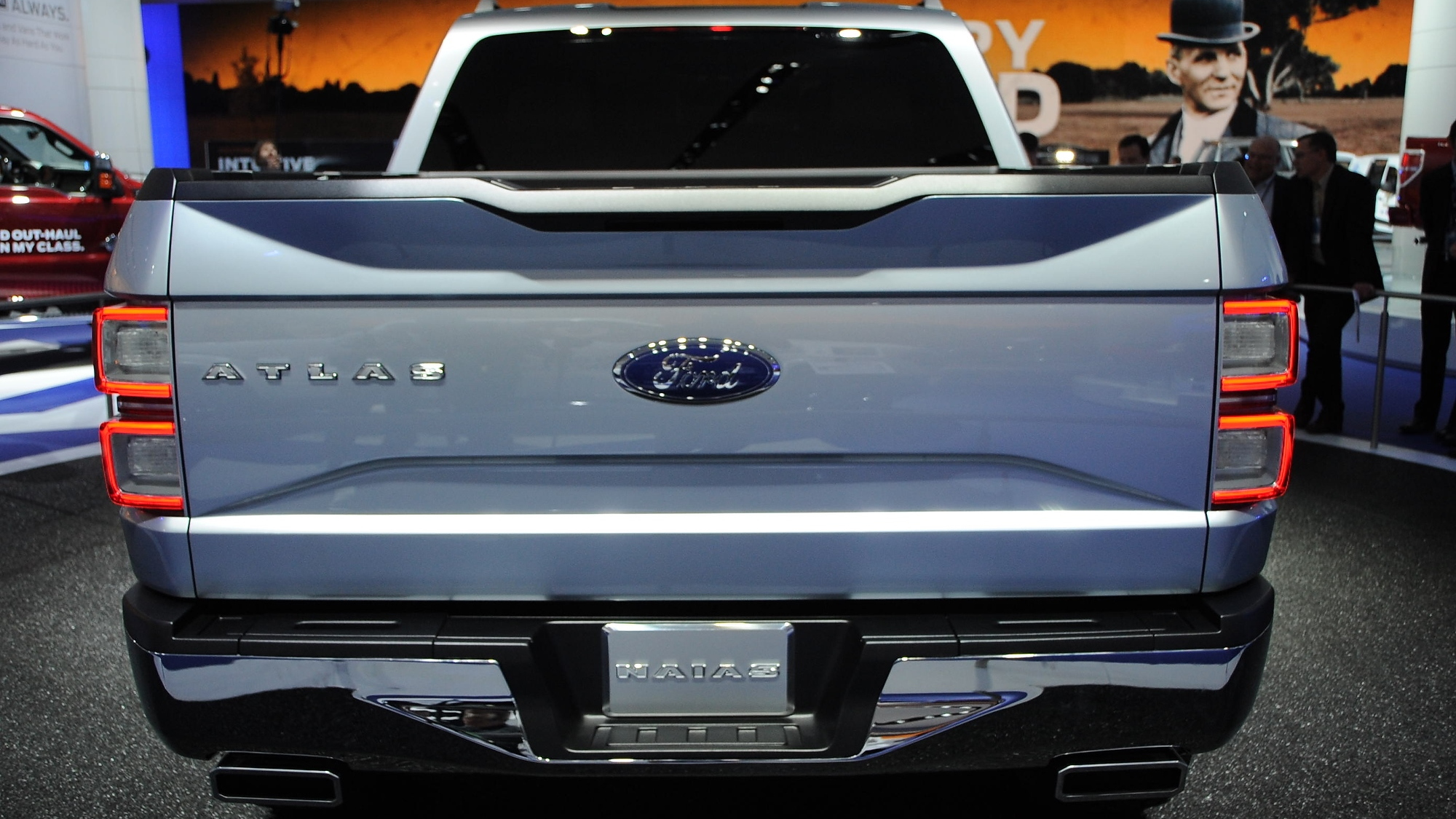 In Greek mythology, Atlas was burdened with carrying the weight of the world on his shoulders. In the Ford product line, that task goes to its F-150 pickup, which sells in higher volumes (and likely at higher margins) than any other vehicle in its catalog.

It’s fitting, then, that Ford would opt to name its pickup truck of the future concept the Atlas, since this truck will carry Ford on its shoulders, too. Debuting at this week’s Detroit Auto Show, the Atlas gives truck buyers a lot to be hopeful for.

Rugged good looks aside, the Atlas was clearly designed by those who use trucks for work and play. Take the roof and tailgate cargo carrier, for example: not only will this be ideal for carrying loads like lumber and pipe, but it’s also perfect for hauling a kayak or canoe. Seeing it in use, you wonder why no one has thought of this until now.

The same is true with the truck’s dual loading ramps, since anyone who’s ever loaded a motorcycle, ATV or garden tractor into a pickup knows you never seem to have the right ramp when you really need it.

There’s a 110-volt outlet in the cargo bed, which is perfect for recharging tools on the jobsite (or in the back yard), and LED bed lighting to ensure owners can find what they’re looking for even in the dark of night. It’s best tricks, however, are of the high-tech kind.

Since hitching up a trailer is a difficult task without help, Ford has developed something it calls Dynamic Hitch Assist. Dynamic Hitch Assist will guide a driver (using the trucks center display screen) precisely beneath the trailer’s hitch, eliminating the guesswork over where to position the truck.

Trucks are bigger than cars, too, which can be challenging for first time buyers. The Atlas Concept features a 360-Degree Point-of-View Camera that shows exactly how close the truck is to surrounding objects.

Active Grille Shutters open at low speeds, or when additional cooling is needed, but close to improve aerodynamics at steady highway speeds. That concept is used on the wheels, too, where Active Wheel Shutters close at highway speeds to reduce aerodynamic drag.

Front air dams improve airflow, but they’re the first things to be damaged when off-roading. The Atlas Concept features a drop-down front air dam that lowers into position at highway speed to boost fuel economy, but retracts to prevent damage when off-roading.

The truck’s running boards do the same, deploying when passengers need to exit the truck, but staying tucked underneath to improve airflow on the highway or optimize ground clearance for off-roading.

Ford isn’t saying whether or not the Atlas will see production, but its a safe bet that many of its features will appear on the next Ford F-150 pickup (and our personal favorite, the Ford F-150 SVT Raptor).