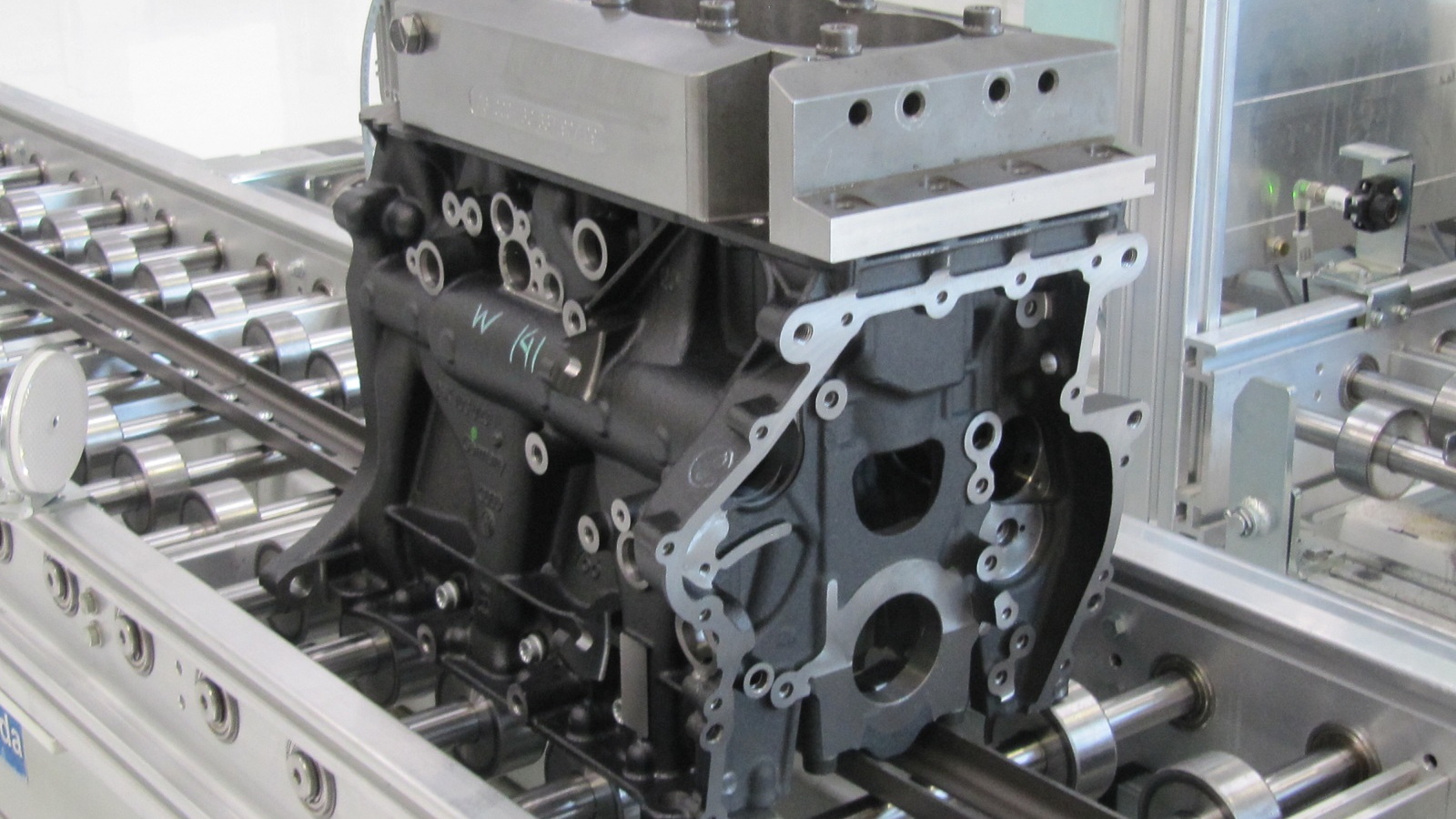 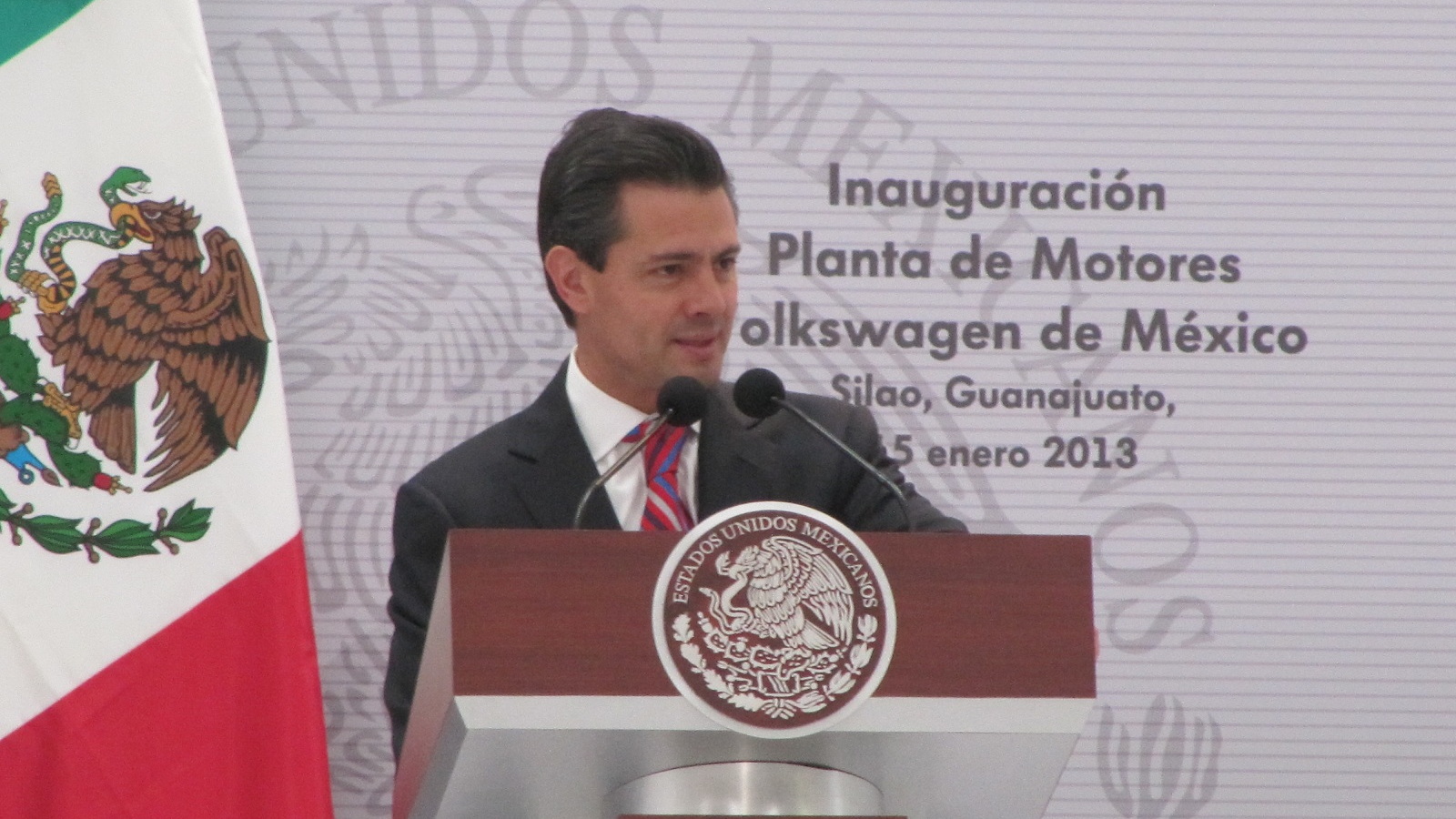 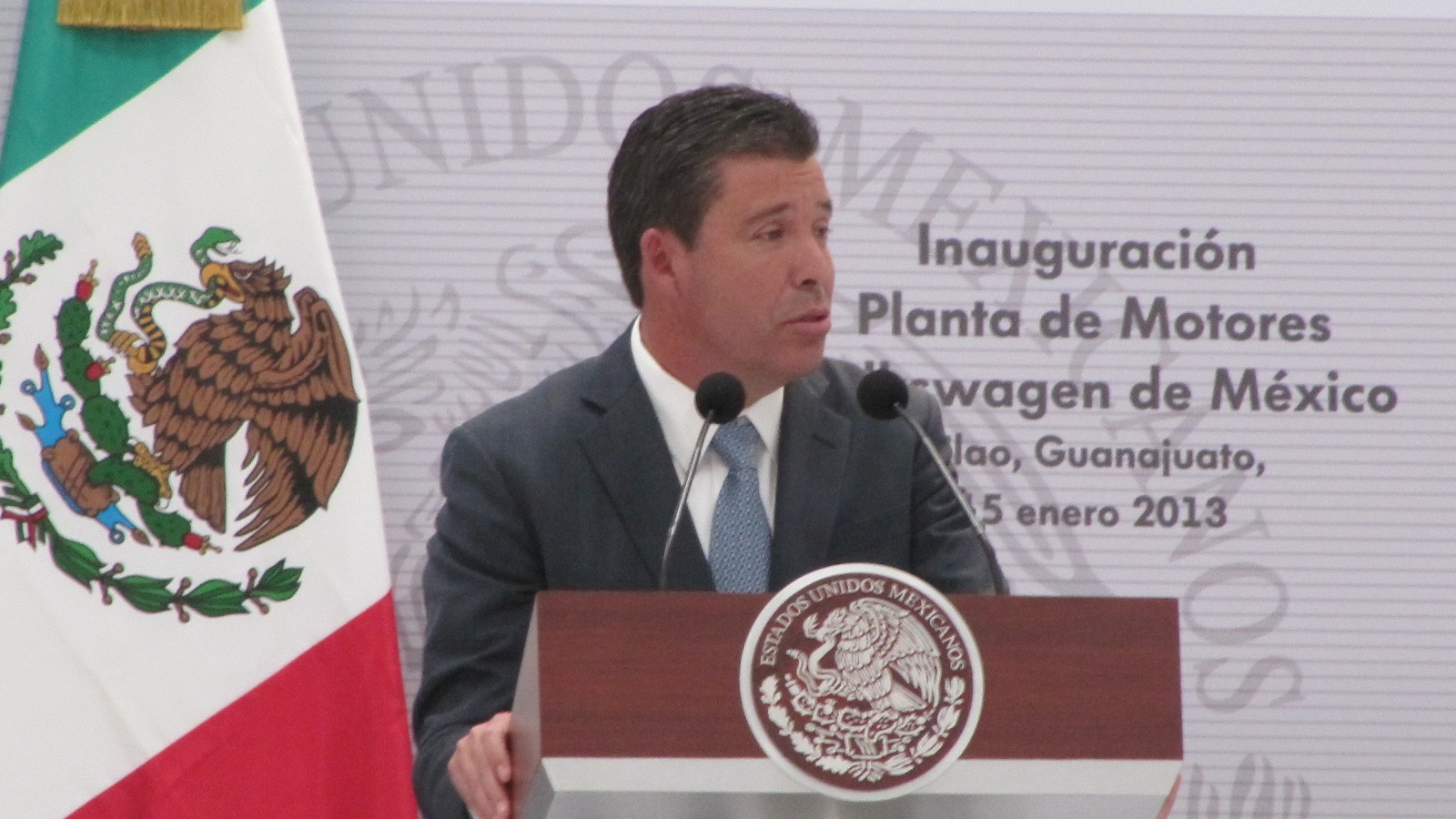 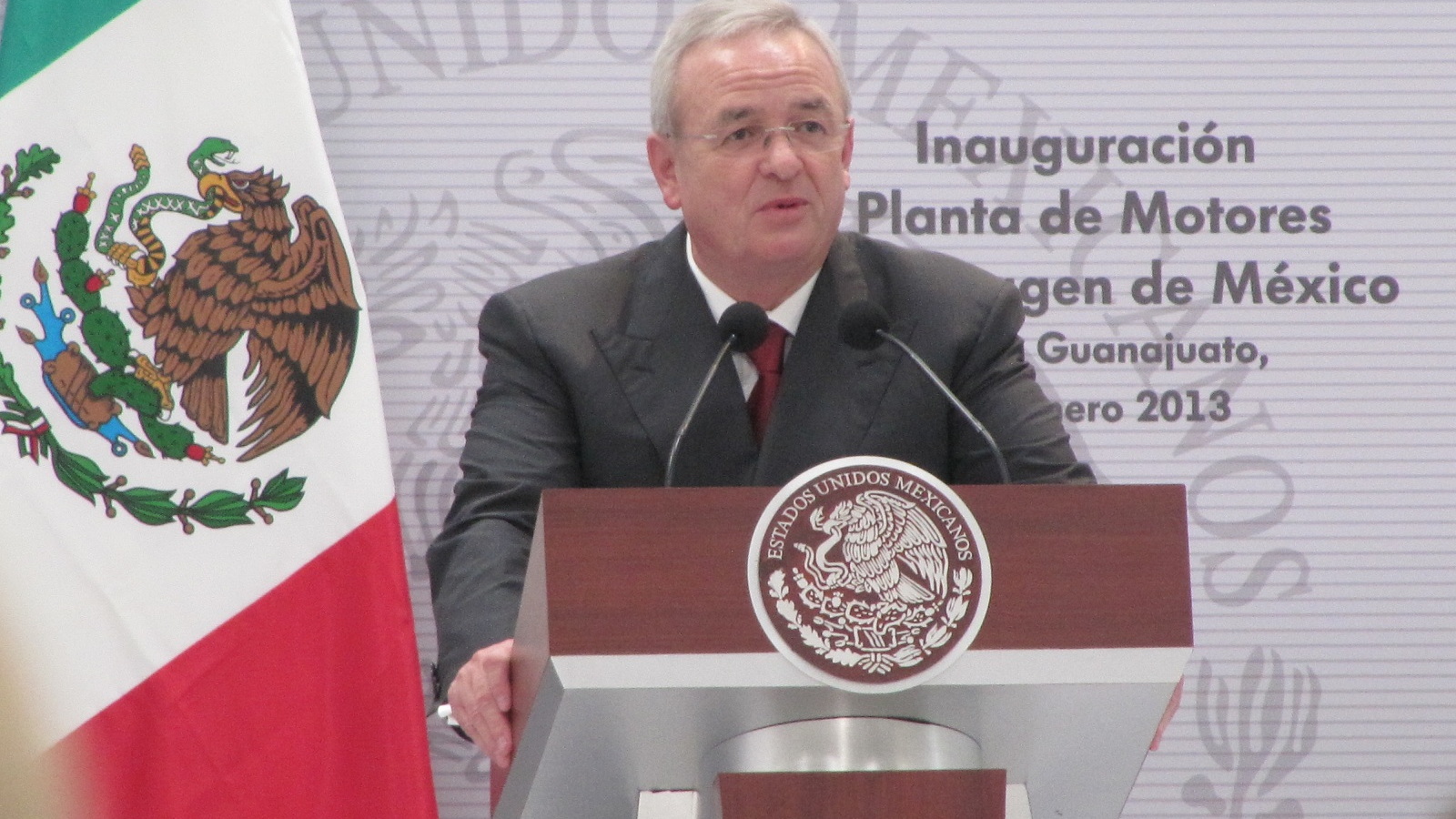 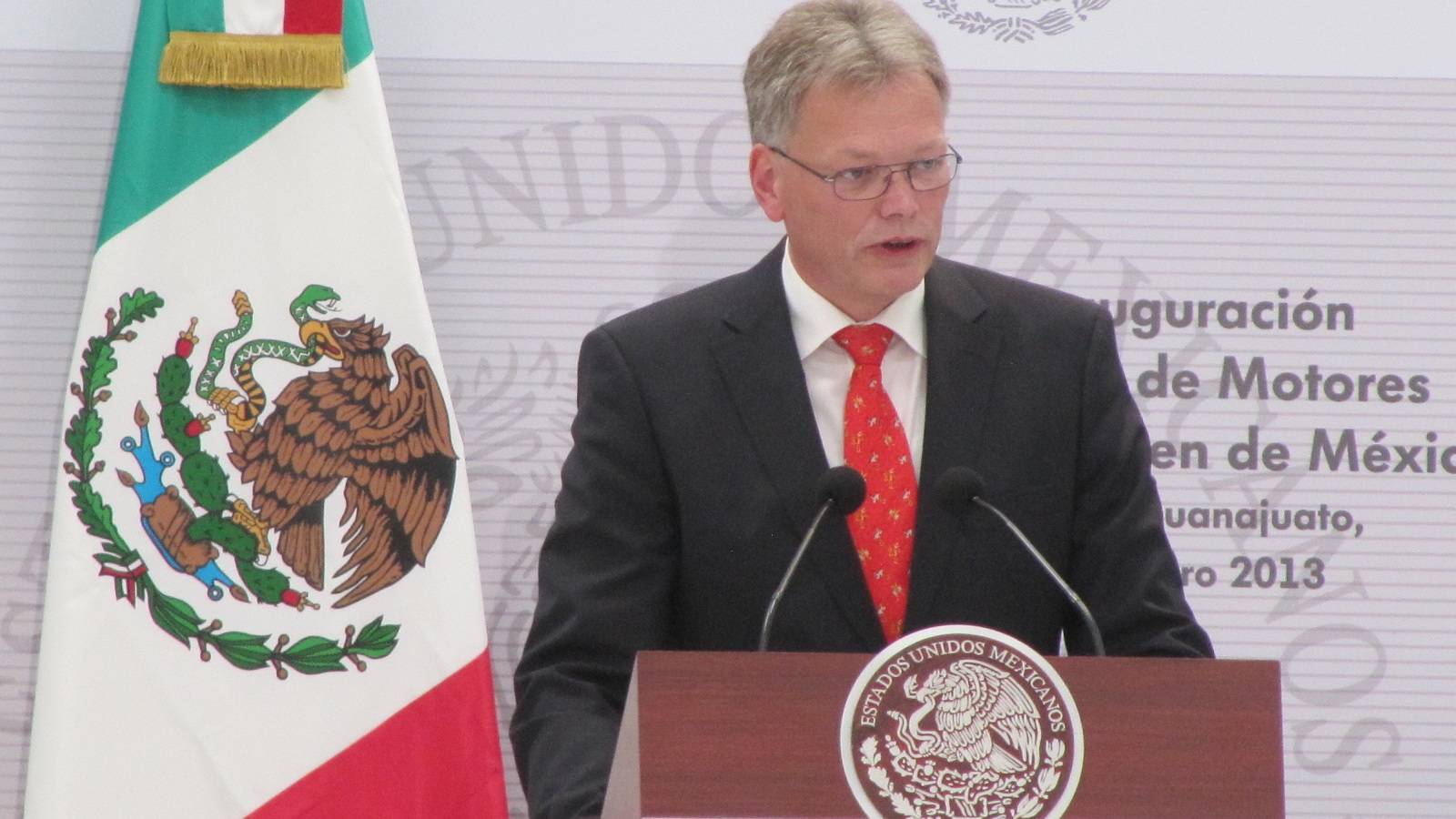 14
photos
A modern global auto plant has no discernible nationality. Aside from language and perhaps the ethnicities of its workers, the inside of the latest engine plant on one continent is identical to the same location in a similar plant on another continent.

That was clear at the opening of Volkswagen’s 100th global manufacturing and assembly plant yesterday, in Silao, Mexico.

The Silao engine plant will supply a new generation of VW’s newest engines, known by the designation EA888. The four-cylinder engines come in 1.8-liter and 2.0-liter varieties, and all of them are direct-injected and turbocharged—making them powerful and fuel-efficient for their size.

Volkswagen has committed to invest $5 billion in North America over a period of just a few years, to expand its local manufacturing in a region where it hopes to boost sales considerably over the next few years.

Today, the Jetta sedans and SportWagens, Beetles, and Beetle Convertibles that VW sells in the U.S. are built in its longstanding plant in Puebla, Mexico. In 2011, it added a second North American facility, in Chattanooga, Tennessee, to build the Passat mid-size sedan launched for 2012.

But most of the engines used in those Volkswagens have come from outside North America. The new Silao engine plant will change all that.

The same day a stage full of dignitaries formally opened the engine plant, engineers in Chattanooga were driving test Passats fitted with the new engines—which will replace the older 2.5-liter five-cylinder engine fitted to base-level 2012 and 2013 Passats, probably for the 2014 model year.

Volkswagen says now that the Silao engines will be used for the Jettas and Beetles it builds in Puebla, and the Passats assembled in Tennessee. But with a new Jetta due for the 2015 model year, it may wait for that model to arrive—since it likely wouldn’t be used in an outgoing model with only one year left. The EA888 engines will also likely be put into the next-generation Audi Q5 crossovers to be built in a new Audi plant in a different part of Puebla, starting in 2016.

Beyond that, it’s possible Silao engines would also be used in a production version of the mid-size seven-seat crossover VW intends to build and sell in North America in 2015 or later. That car was previewed by the Volkswagen CrossBlue Concept that was unveiled on Monday at the Detroit Auto Show.

The Silao plant represents an investment of $550 million for Volkswagen, and will create 700 jobs when full three-shift operation starts. At full production, it will be able to build 330,000 engines a year.

While the Silao engines will probably be the highest-volume powerplants for Volkswagens sold in North America, they’ll still be supplemented by various other, more specialized engines from other regions:

Given Volkswagen’s success in selling small diesel engines in high volume—28 percent of Passats are the TDI model, almost twice VW’s initial projection—one open question appears to be whether the company will build diesels in North America in addition to gasoline engines.

The EA888 engine family built at Silao also includes a diesel version that’s now being rolled out in the seventh-generation Golf in Europe. VW proudly points out that the gasoline and diesel versions of that engine share more than 50 percent of their parts.

Volkswagen executives won’t go on record with future plans, but they did mention that the Silao plant had plenty of open space for expansion if that were warranted in future years. Not only that, Silao plant manager Andreas Klinge previously managed a Volkswagen engine plant in Poland that builds an earlier generation of TDI diesels.

So there seems to be a good chance that sooner or later, if North American drivers keep buying TDI diesel Volkswagens, the engines will be supplied from the region as well as the cars.

The Silao plant is currently designated a LEED Gold building, but the company is working toward the highest level of certification for environmental sustainability: the LEED Platinum status. Among other green building techniques, the engine factory is lit largely with natural light that comes through heat-block skylights (during the daytime), and rainwater is gathered and held in a small lake to be used in the plant’s bathrooms.

The plant opening was attended by many dignitaries, headlined by Enrique Pena Nieto, the newly elected president of Mexico. He shared the stage with Martin Winterkorn, CEO of Volkswagen AG, as well as Andreas Hinrichs, CEO of Volkswagen de Mexico, and the governor of Guanajuato state, Miguel Marquez.

The biggest applause from the audience—not only media and invited dignitaries, but the hundreds of new Volkswagen employees at the plant—was reserved for Andreas Klinge, the plant manager.

He was the man who had brought the Silao engine plant to life, apparently in a way that endeared him to his employees. While VW officials would not comment on the prevailing wages at the plant, informal conversations with employees indicate that technicians were paid roughly $150 per week.