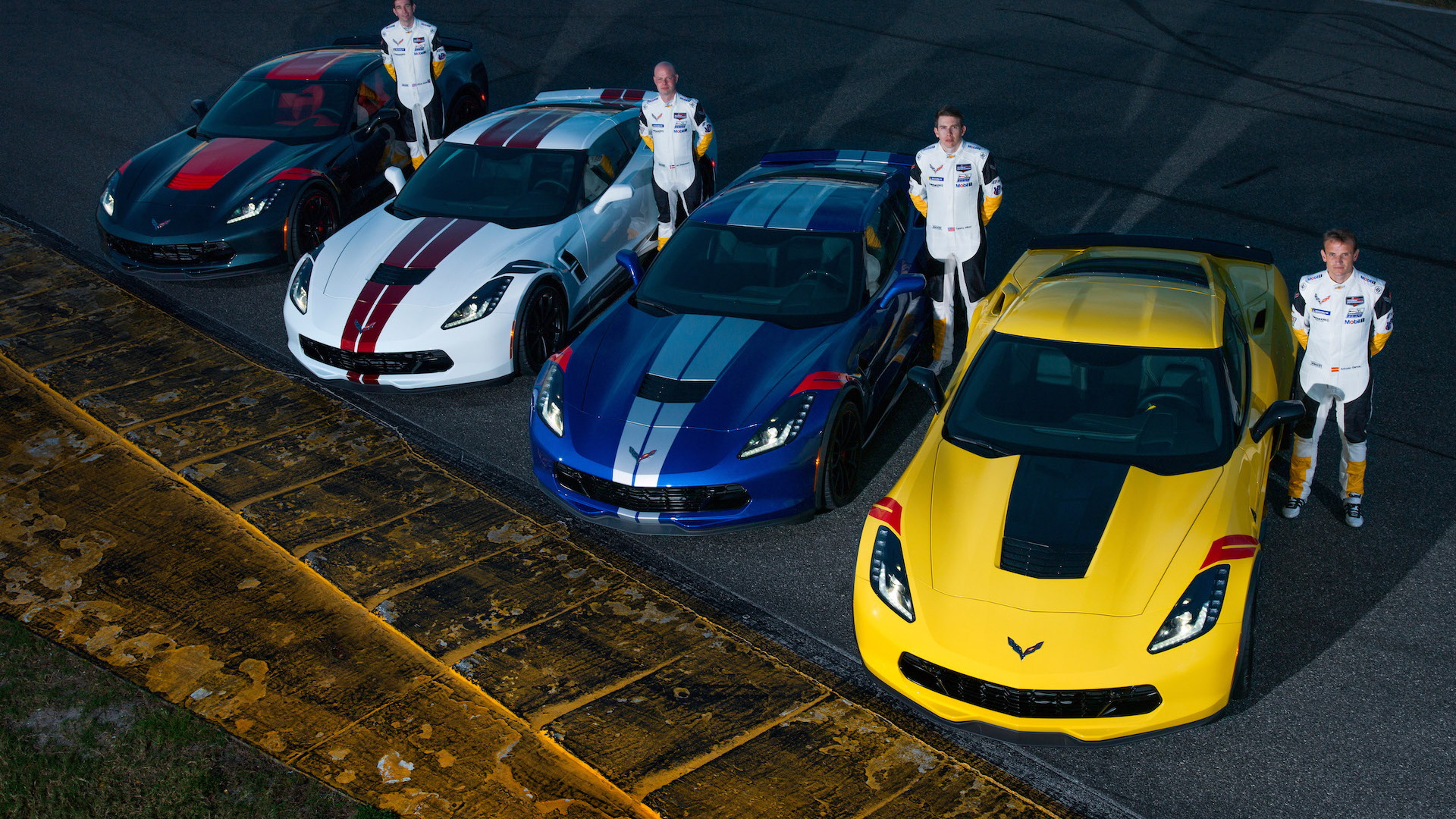 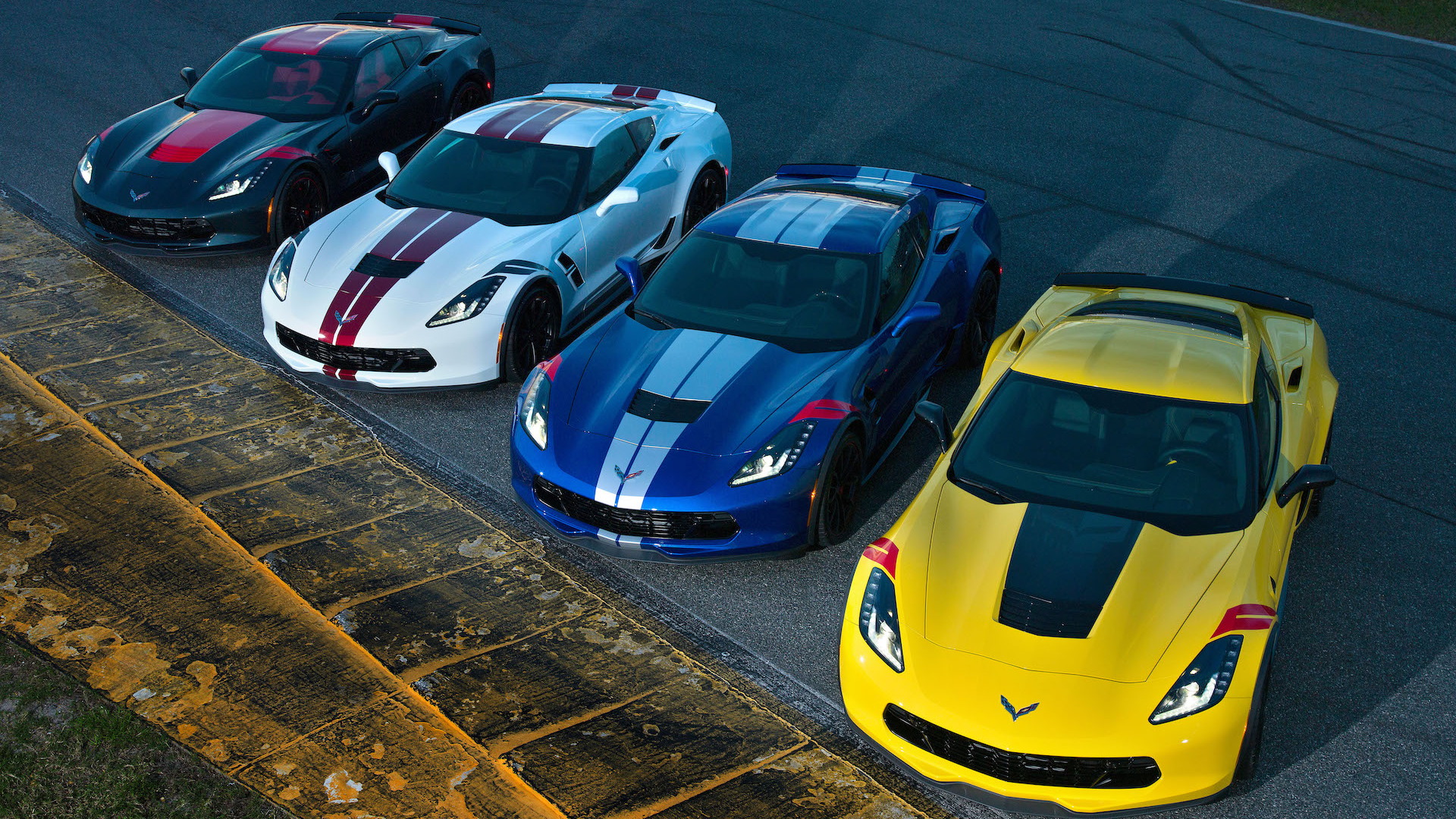 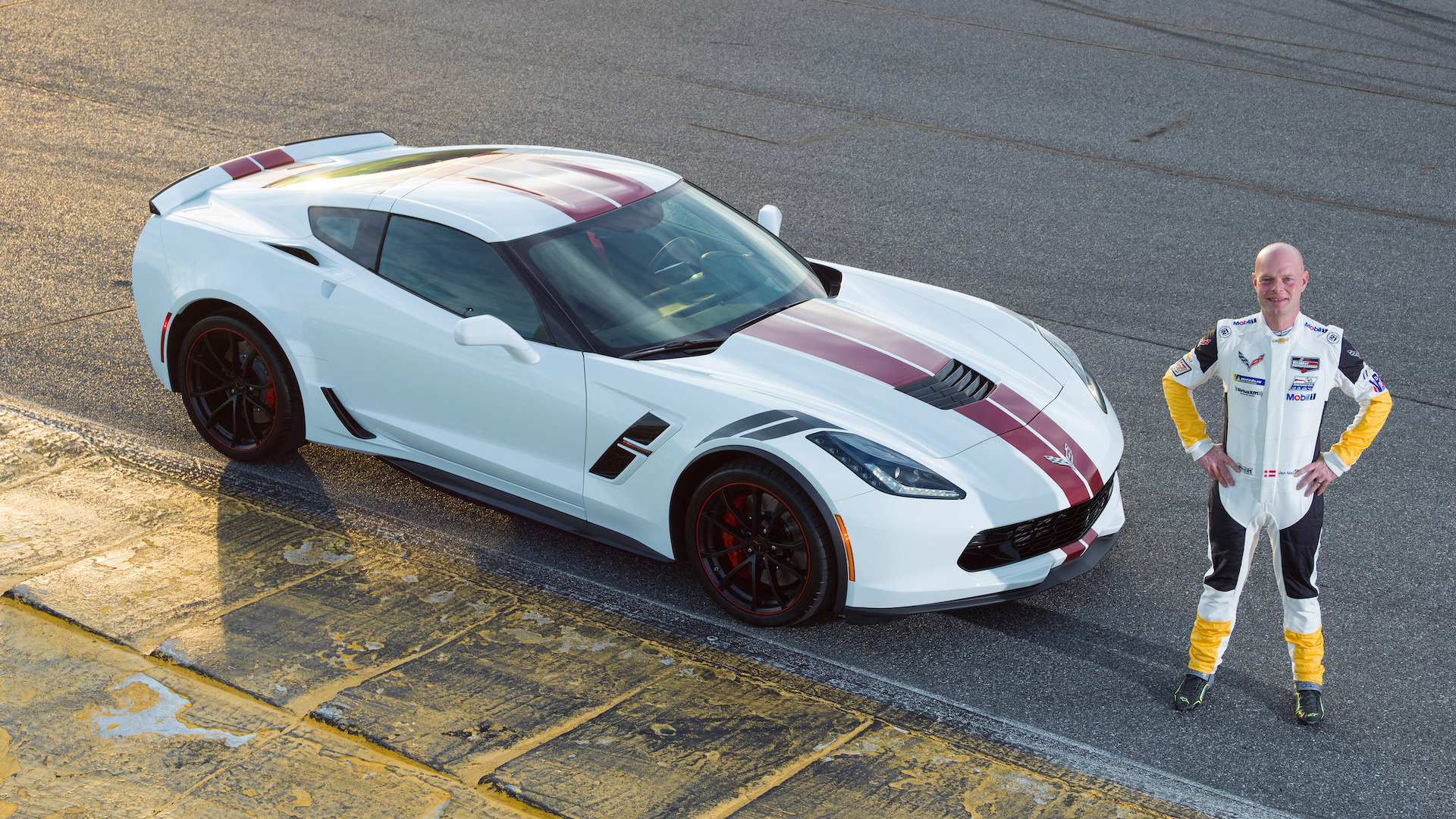 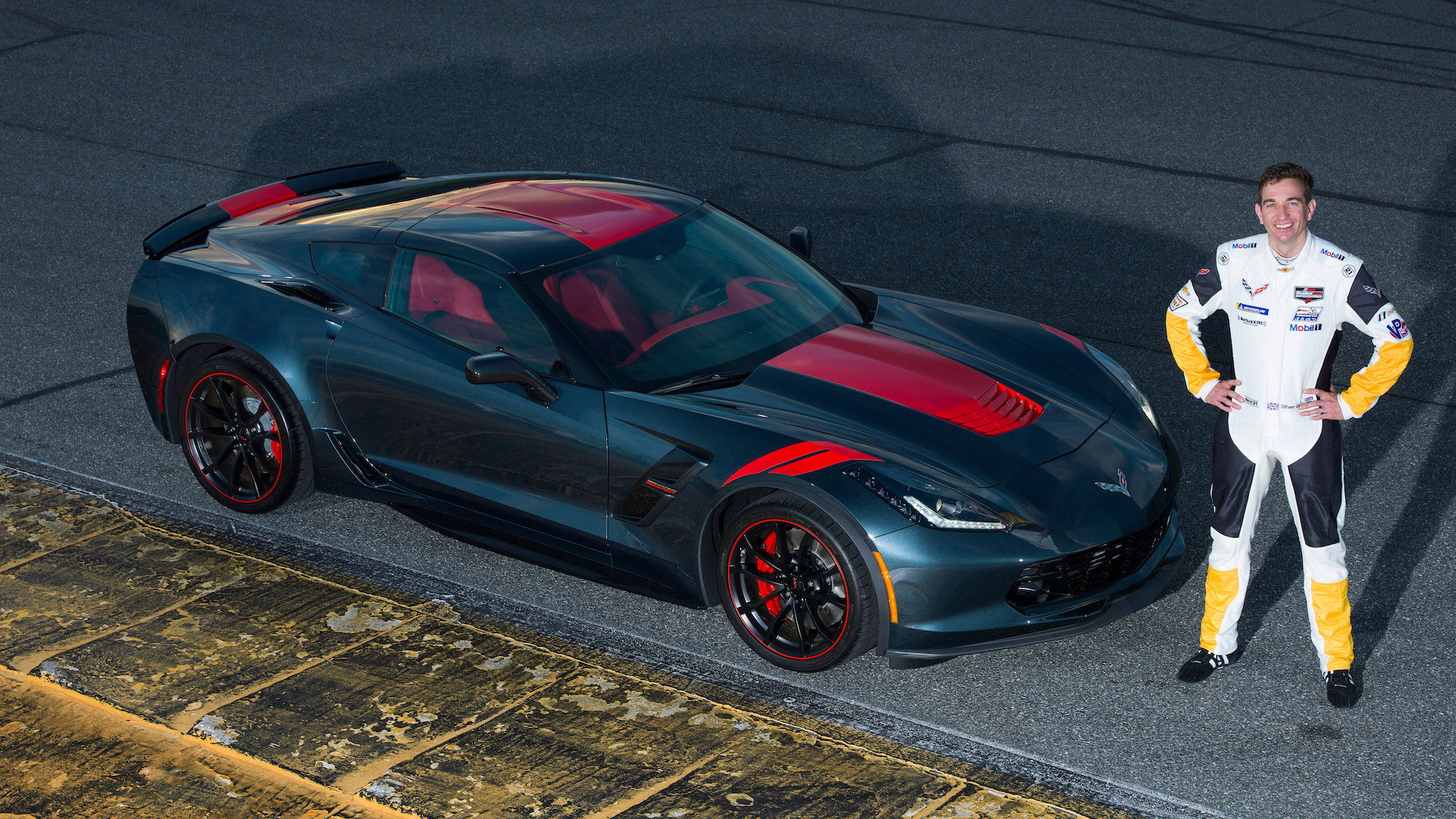 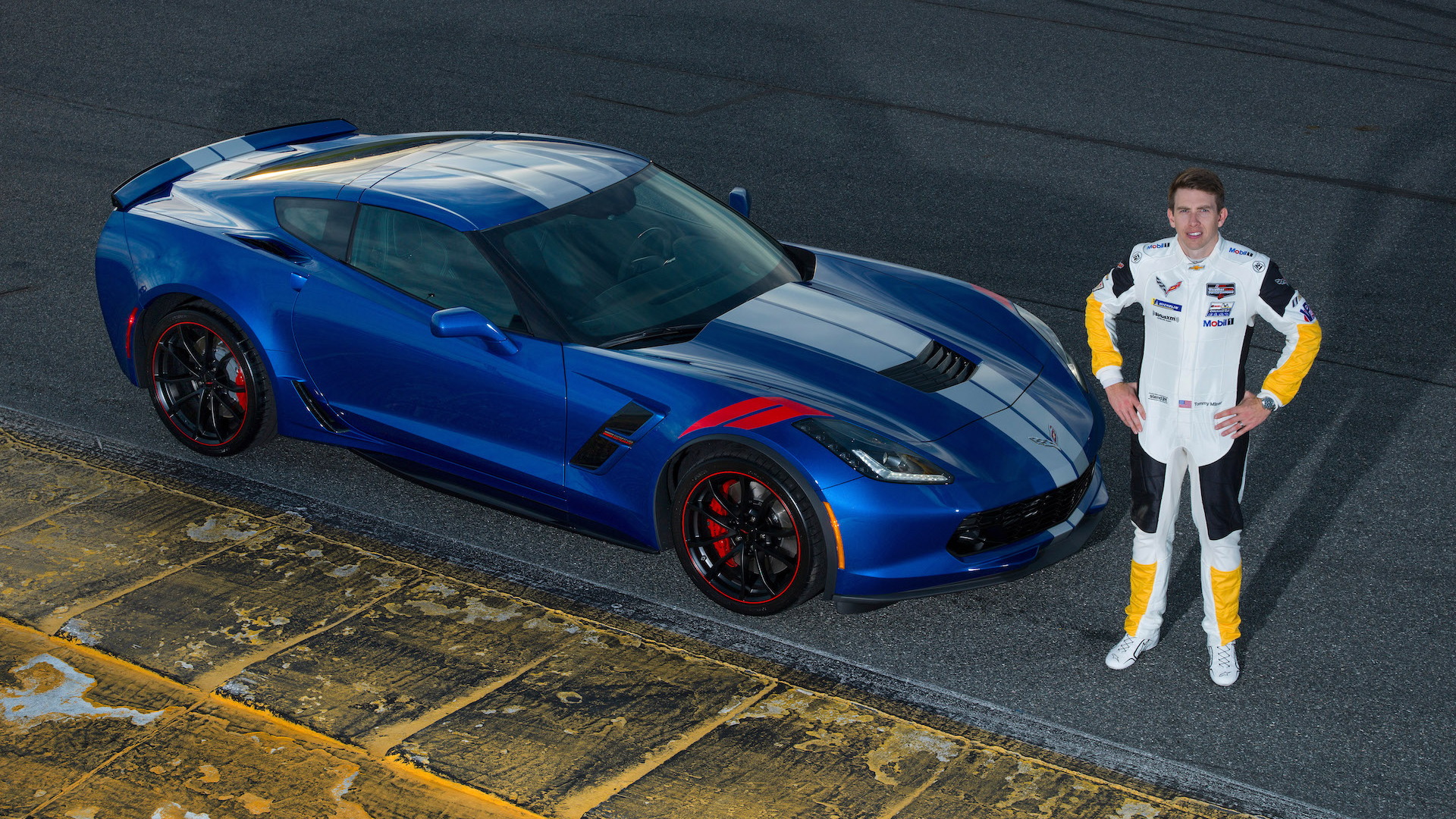 This past Friday, Chevrolet ushered not one, but four special-edition Corvettes into the world. The brand unveiled the 2019 Corvette Grand Sport Drivers Series editions ahead of the Rolex 24 at Daytona, and each comes with its own Corvette Racing-inspired style.

Chevrolet had four of its Corvette Racing drivers work with designers to create their own 2019 Corvette Grand Sport models and each wears distinct colors. Perhaps disappointingly, the cars don't receive any extra performance enhancements, but they can be optioned for the 1LT, 2LT, and 3LT trims.

The Tommy Milner Edition is finished in Elkhart Lake Blue and features silver stripes and red hash marks on the front fenders. Inside, it receives Jet Black surfaces with red seat belts. The Oliver Gavin Edition opts for a Shadow Gray exterior color with a Torch Red center stripe and red hash marks, plus a Carbon Flash finish on the mirrors. The interior gets racier with an Adrenaline Red color and red seat belts. Both cars sit on black wheels outlined in red with red brake calipers peeking through behind them.

Those who prefer white will be drawn to the Jan Magnusson Edition, which features an Arctic White exterior color with Crystal Red stripes and gray hash marks. Here, the interior is also Jet Black with red seat belts, but buyers who move up to the 3LT trim also get red contrast stitching.

Finally, the Antonio Garcia Edition spices things up with a Corvette Racing Yellow exterior color, a "Jake" stinger stripe, and red hash marks. Carbon flash mirrors are present, and like the other cars, it has black wheels with red outlines and red brake calipers. The interior is Jet Black interior with red seat belts, and 3LT trim buyers get yellow contrast stitching.

No matter which edition a buyer chooses, a 460-horsepower 6.2-liter LT1 V-8 sits under the hood, and each car has the Grand Sport model's slew of track-focused goodies.